Rangers will travel to the SMISA Stadium where they will play against St. Mirren in the Scottish Premiership. The defending champions suffered a 1-2 defeat against Celtic in the previous round, and this has lowered their chances of retaining the league title. St. Mirren also lost their last match and are tenth in the league table. Both teams will look for three points to get their seasons back on track.

This season, St. Mirren have won eight games, drawn twelve, and lost the remaining twelve. With an xG rate of 31.9, the home team have found the back of the goal 30 times. In return, they’ve given up 45 goals at a high xGA rate of 52.08. 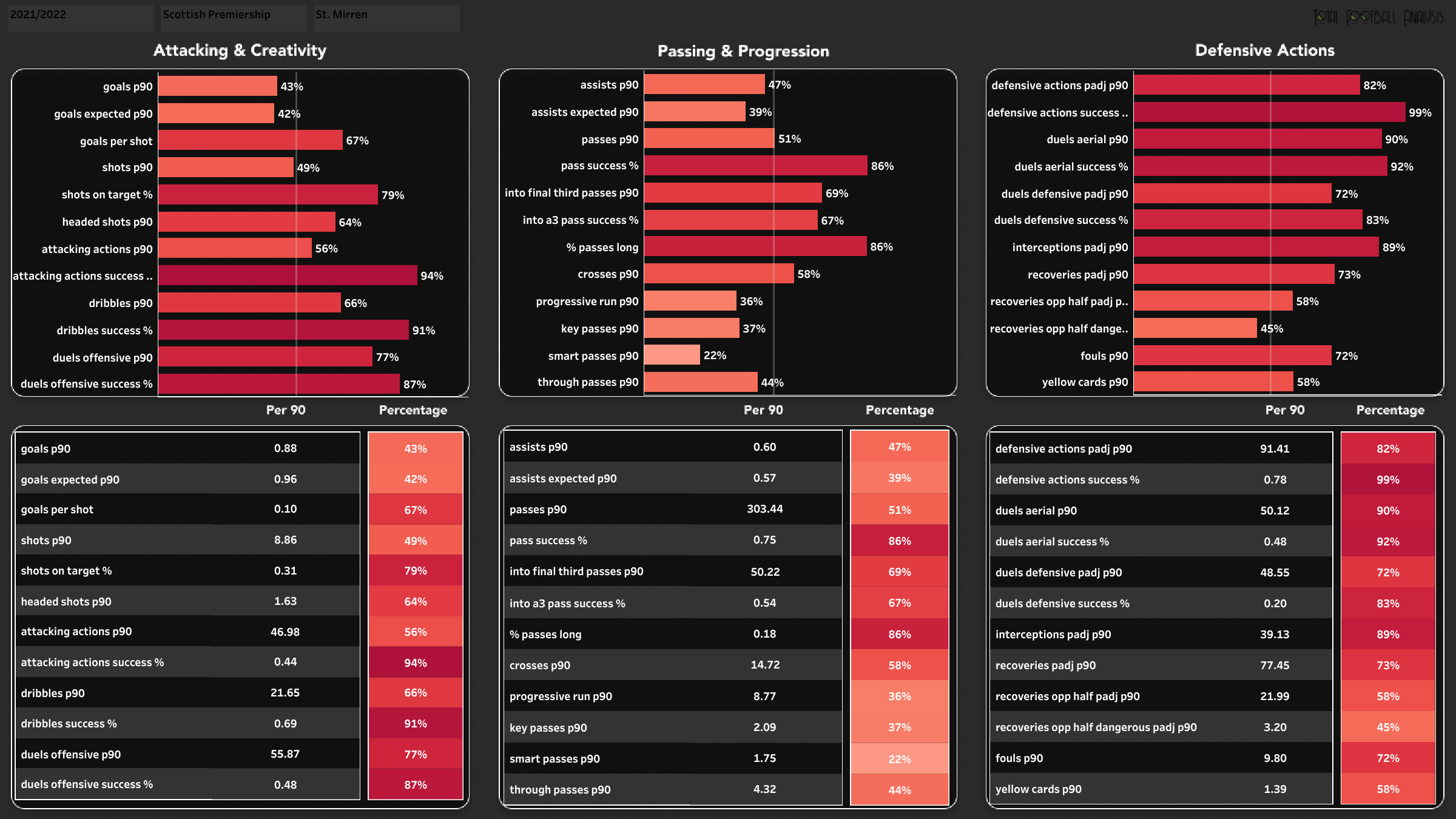 When looking at the above chart, the general rule is that the longer the bar, the better the performance – you can see the league average in the middle, and the % is the percentile rank the player is in. We can observe that the home side have struggled with their passing throughout the season. They have a low percentile rank among the other teams in the league for smart passes, key passes, smart passes, and through passes. Defensively, they have a high percentile rank for contesting aerial duels, defensive actions success rate, and interceptions.

Matthew Millar has been ruled out due to an injury, and there are no fresh injury concerns for the home team.

Rangers were defeated for the second time in the league by Celtic, and this was their third defeat of this season. The visitors have won 22 games and drew the remaining seven. With an xG rate of 66.52, they’ve scored 63 goals. The defending champions, on the other hand, have conceded some goals. With an xGA rate of 24.38, they gave up 27 goals. 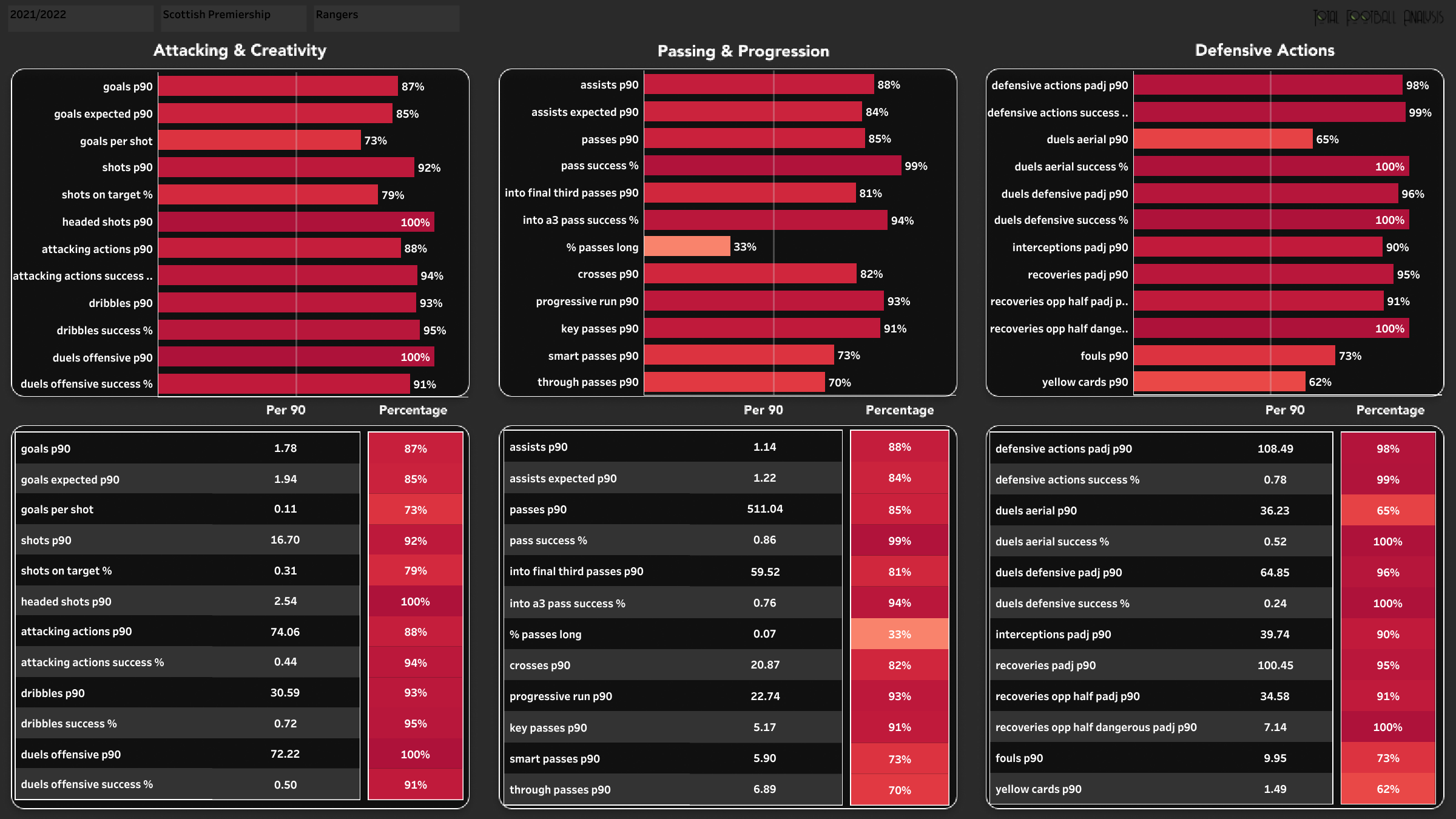 Rangers are second-best to Celtic in the league this season. They have a very high percentile rank in all the stats. By looking at the attacking and progression charts, we can observe that the visitors have attempted the highest number of headed shots in the league and have a high offensive duels win percentage. Defensively, they have a high duels win percentage and have made the highest number of dangerous recoveries inside the opposition’s half.

Alfredo Morelos missed the crucial match against Celtic and the UEFA Europa League tie. His availability is still a doubt for Rangers.

Rangers have won the previous two fixtures played between the two teams and will look to return to winning ways to take the momentum into the play-off stage. The visitors might rest some of the key players ahead of their second leg tie in the UEFA Europa League.

Under the microscope: Can Alfredo Morelos lead Rangers to another Scottish Premiership title?

Stats Gallery: Dribbles, recoveries in the opposition half, shots and more from Livingston vs Rangers