Rangers miserable run continues after the Scottish side suffered their third consecutive defeat in all competitions. The Gers lost their UEFA Champions League match 3-0 against Napoli. This has lowered their chances of playing further after the group stage. James Sands was sent off in the second half and Napoli took advantage of an extra man on the field.

Which Rangers player won the most number of defensive duels? How many positional attacks were created by Napoli? 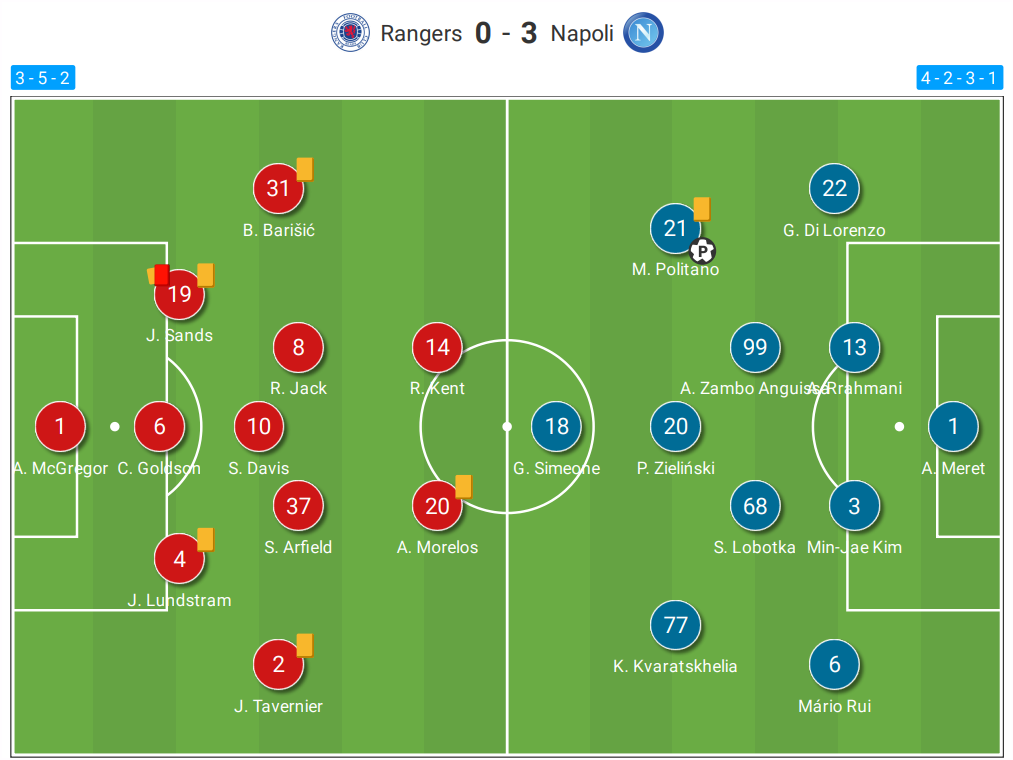