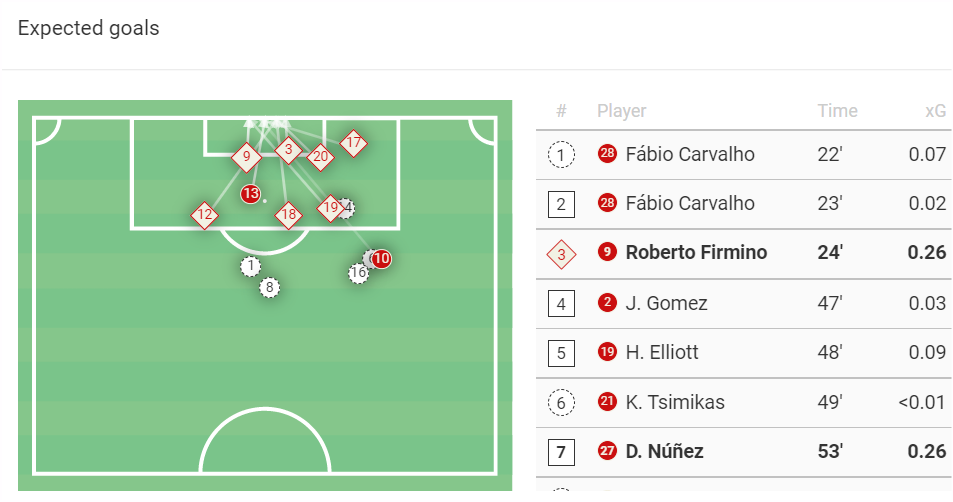 Liverpool players were very accurate with their shooting from inside the opposition penalty box. They attempted nine shots from inside the box and managed to hit the target eight times. The last four shots on goal found the back of the net and the Reds ended the match with an xG rate of 2.53.