Rangers had a night to forget as the Scottish side suffered a 4-0 hammering at the hands of Ajax in the UEFA Champions League. Rangers never looked like troubling the opposition and were on the back foot. This is their second defeat by the same scoreline within five days.

How many shots were attempted from inside the penalty box by Ajax? Who won the highest number of aerial duels for Rangers? 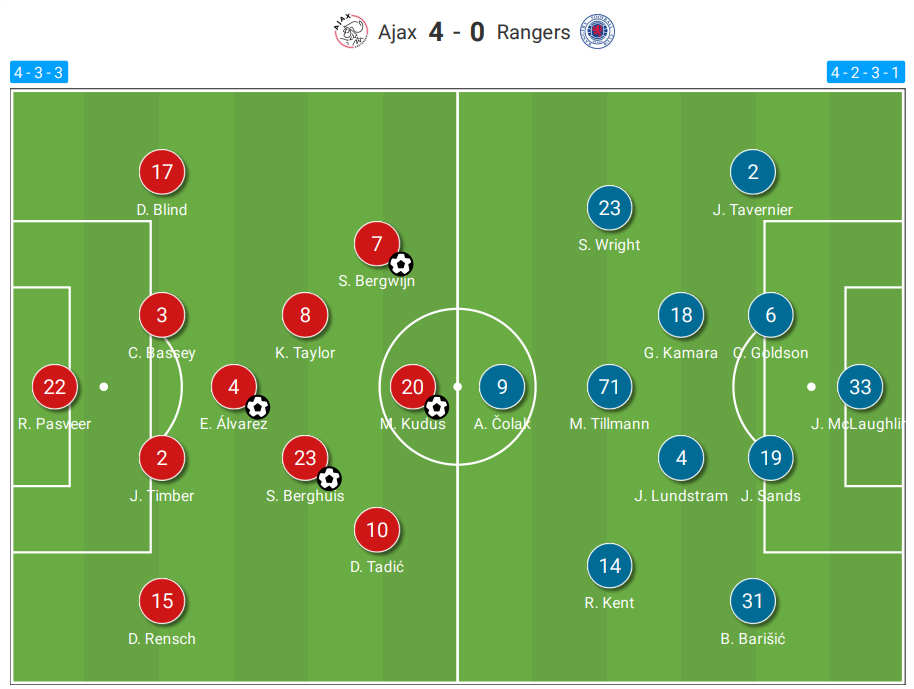