Rangers will look to return to winning ways when they host Napoli in the UEFA Champions League. The Gers made a poor start to their UCL campaign after a heavy defeat away at Ajax. Napoli, on the other hand, were impressive in their victory at home against Liverpool.

Rangers suffered a 4-0 defeat against Ajax. The Scottish side were dominated by the Dutch champions, and they were unable to create any threats towards Ajax’s goal. Rangers only attempted four shots in the match, and that is a big worry for the manager.

Napoli were impressive in their win against Liverpool. The Italian side came with a gameplan and were able to beat Liverpool’s defence with ease on occasions. They have the momentum going into this match and will be the favourites to take three points.

Now let’s look at some of the stats that could predict the outcome of the match.

Napoli on the attack 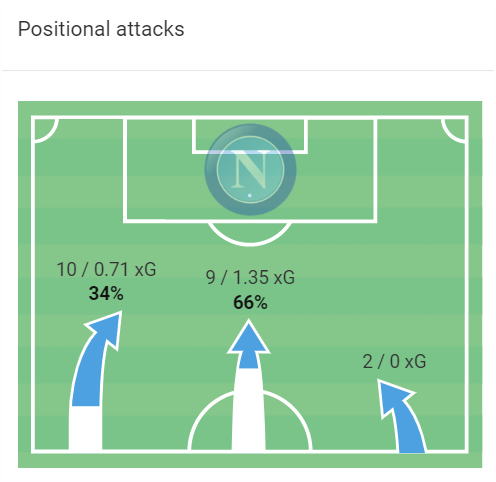 Napoli will be on the attack after showing dominance in their previous match. Napoli made 21 positional attacks and four counterattacks. Most of the attacks came from the left side, and a total of 18 shots were attempted, with a 50% shot accuracy rate. Napoli will once again stay on the front foot and trouble Rangers’ defence. They have a lot of creativity in the team, and Rangers might find it hard to defend against these attacks. 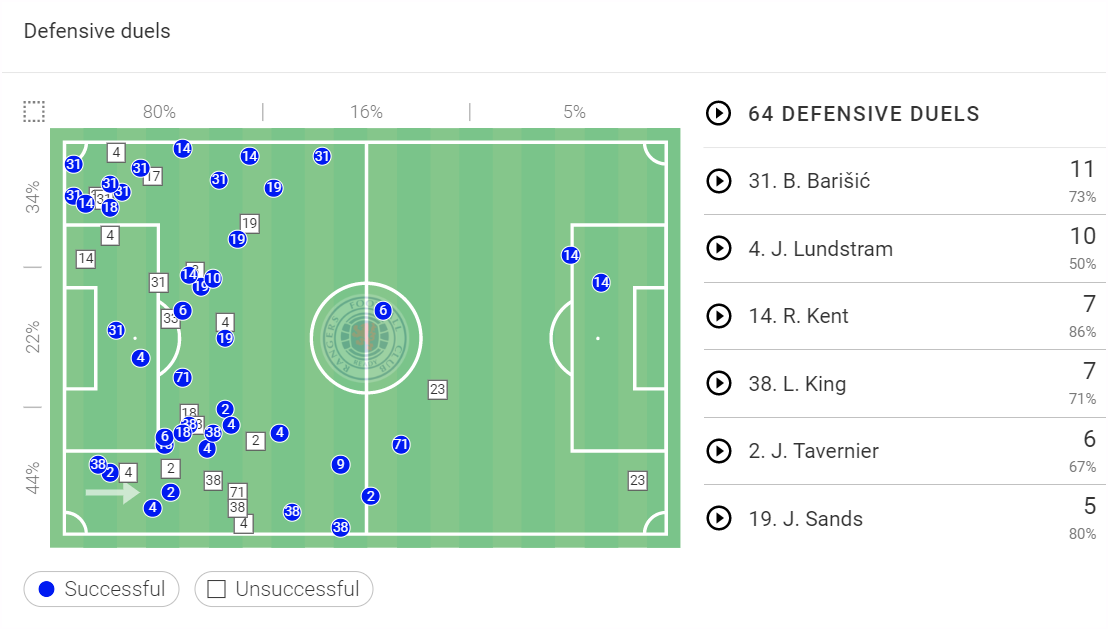 Rangers’ defence will once again be tested when they face Napoli. The Gers have conceded four goals each in the last two games. They haven’t found a solution to stop the opposition from scoring goals. Rangers conceded three goals in the first half of both these matches, and that is the biggest concern for the manager. In the last match, they won most of the defensive duels in the defensive third and will look to win more duels in the coming match. They need to get organised and leak fewer goals. 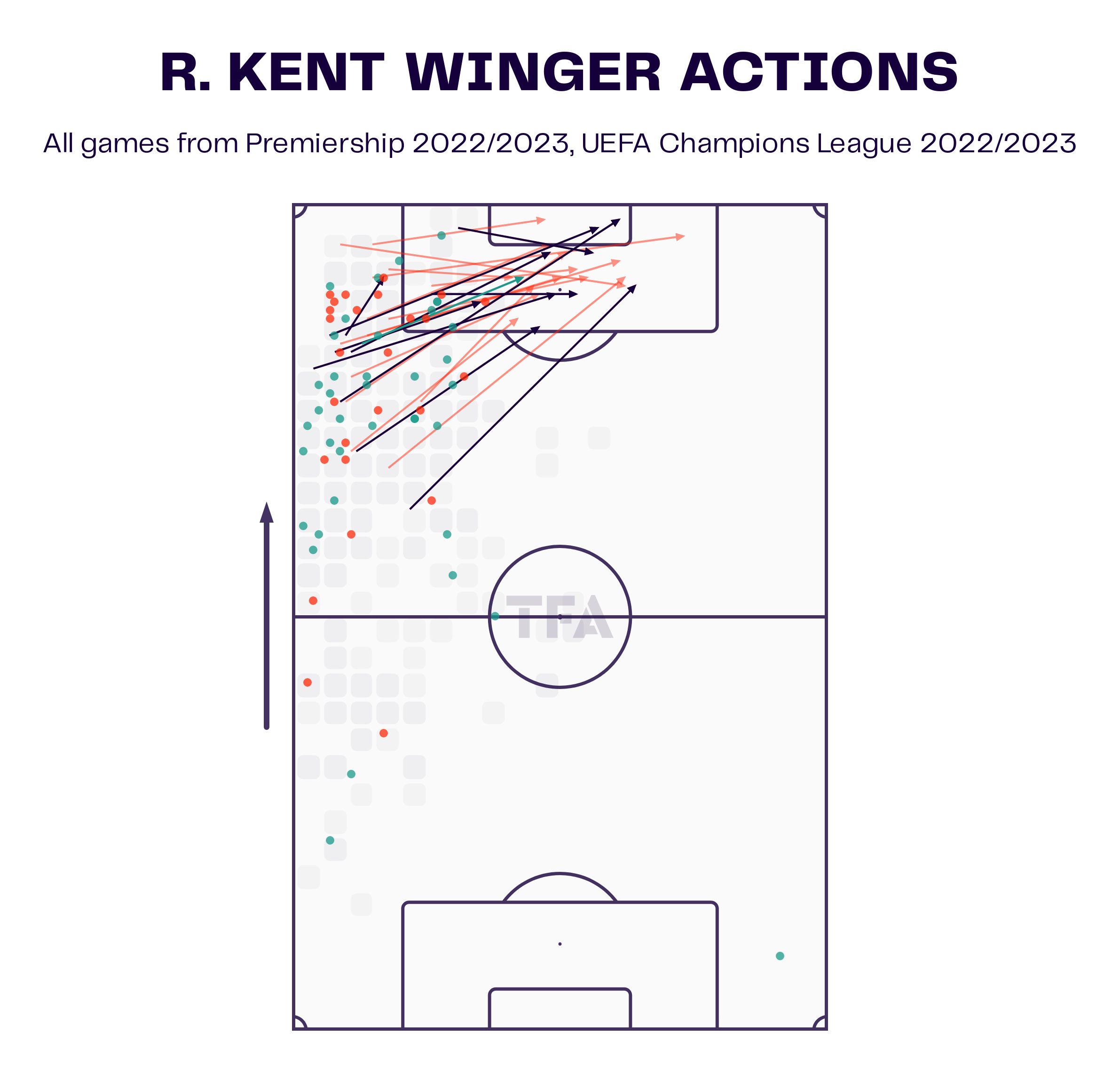 Ryan Kent will be a key figure for Rangers. The 25-year-old plays on the left wing and has been one of the most consistent players in recent times. He needs to be more creative in this match and help his side break their goal-scoring drought. Kent has three assists in five games and is likely to add more goal contributions to his tally. The green dots in the above viz show the successful dribbles and the black arrows show the successful crosses. We can observe that Kent will try to find a teammate inside the opposition penalty box and help them score goals. 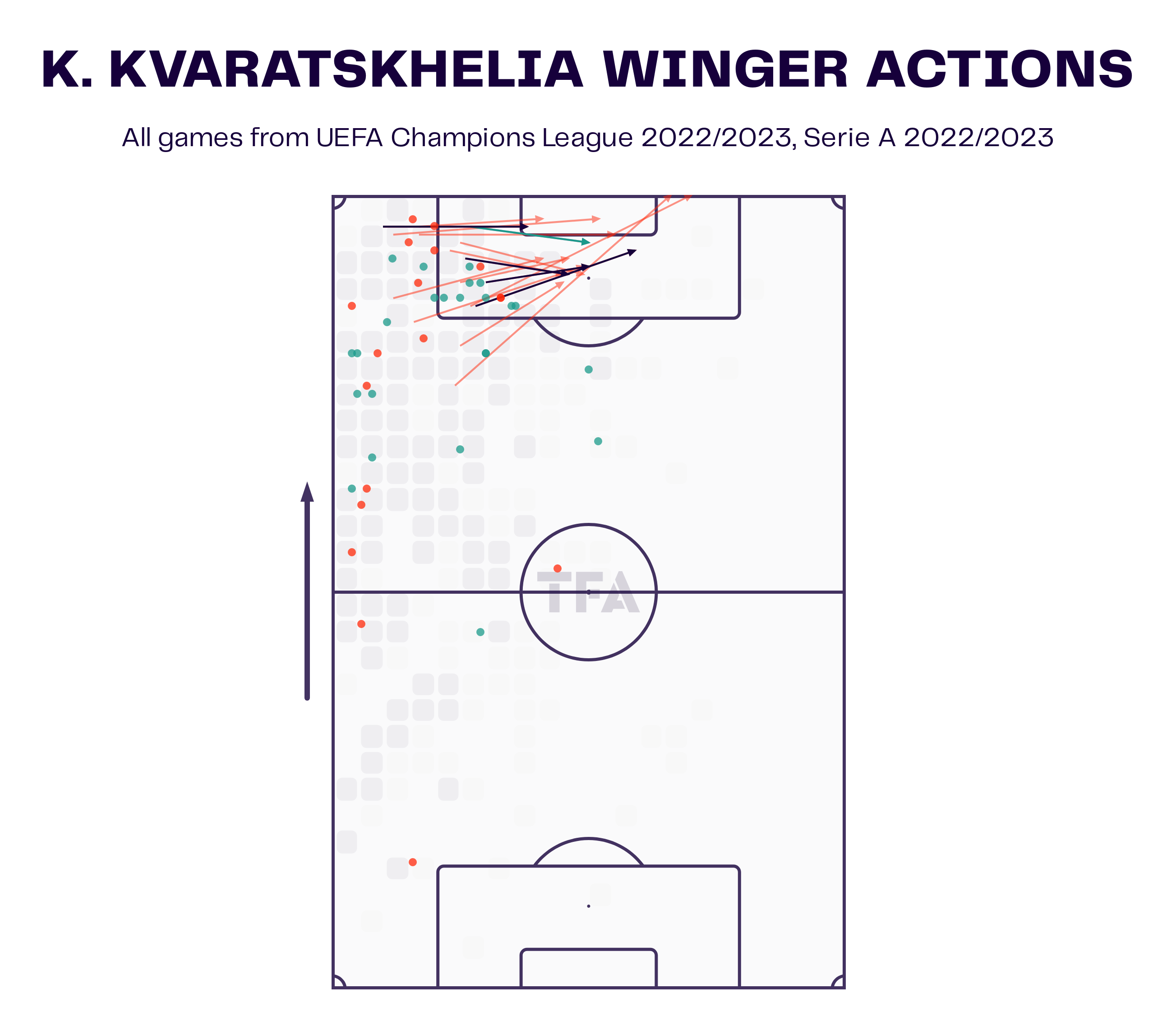 Khvicha Kvaratskhelia troubles Liverpool’s defence throughout the match. The Georgian has already scored four goals in six matches and also has two assists to his name. He is a dominant figure on the left side. Rangers’ goal will be a threat because of Kvaratskhelia’s speed and skills on the ball.

Rangers will be without Tom Lawrence, Ben Davies, John Souttar and a few other players. They do not have any new injury issues.

Victor Osimhen will miss the match after sustaining an injury against Liverpool in the last round. There are no new issues in Napoli’s camp.

Napoli will be the favourites to win this match. They have momentum after a convincing win over Liverpool and will aim to top the group table. Rangers need to get back to winning ways if they want to stay in the competition. Otherwise, their chances of staying in the European competition will end.