Rangers will play their first game in the UEFA Champions League after a gap of 12 years when they travel to the Netherlands to face Dutch champions Ajax. Both of these teams have been among the best in their respective countries and hope to start their campaigns on a high note.

Ajax have made a 100% start to their title defence season. The team regrouped and performed at the top level after losing a lot of crucial players in the transfer window. Ajax have scored 16 goals in five games with an average xG rate of 2.46. Their defence has only conceded three goals and kept three consecutive clean sheets.

Rangers started the season well, but the recent results have created a lot of headaches for the manager. They started the season with three wins but had to play a draw in their fourth match. The next match resulted in a win, but Rangers suffered their first defeat of the season in the Old Firm derby last weekend. They are now five points behind Celtic. The Gers have scored 14 goals with an average xG rate of 1.98. Their defence has leaked seven goals, with four coming in the last game.

Now let’s look at some of the stats that could predict the outcome of the match. 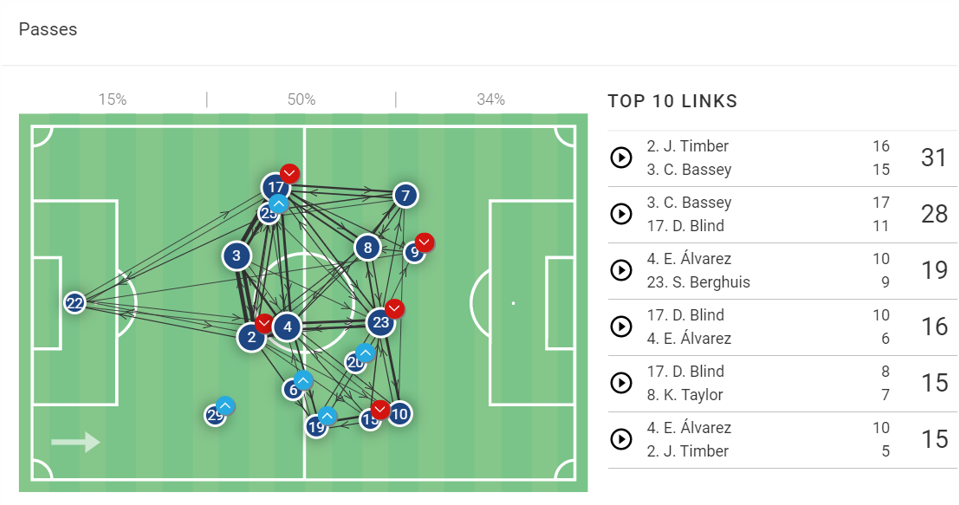 Ajax have played in different formations this season. They operate with a single striker at the top and have tried different formations like 4-3-3, 4-2-3-1, and 4-1-4-1. Ajax usually play with three midfielders. They have dominated possession in their league this season. The back four maintain their formation and are guarded by Edson Alvarez. His defensive role allows the other midfielders to join the attack. Dusan Tadic is the playmaker who plays the number ten role or on the right wing. He interchanges his position with Steven Bershuis, who also plays in an attacking role. Ajax players play wide and create most of the passing channels on the left side. 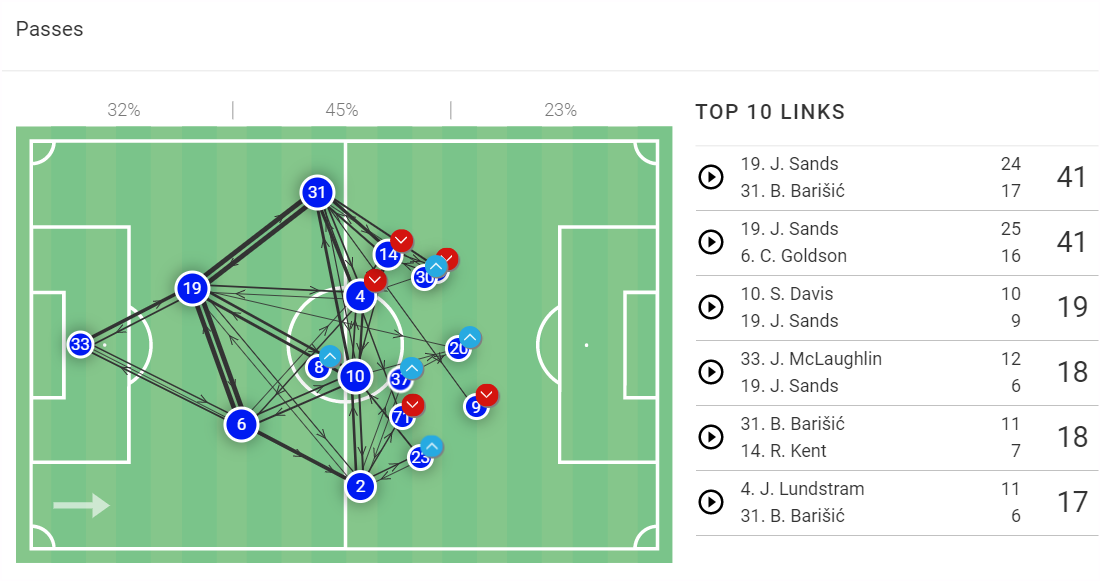 Rangers play in a 4-2-3-1 formation and most of their play comes from the right side. John Lundstram guards the back four, and that also allows James Tavernier to play a high attacking line. Lundstram plays alongside a box-to-box midfielder and an attacking midfielder. The front three operate according to the gameplan. In the last match, two midfielders played in a holding role while one played in an attacking role. They might use the same strategy in this match. 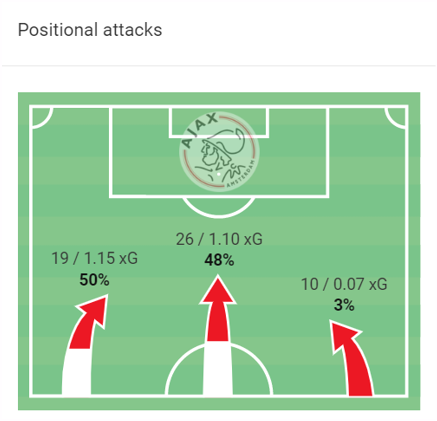 Ajax average 41.2 attacks and 17 shots per match. The shot accuracy rate is 36.5% for the Dutch champions. Ajax can create threats from the centre as well as from the flanks. Steven Bergwijn operates on the left side and has proved to be a good signing for Ajax. Steven Berghuis and Dusan Tadic like to start their plays in the middle. 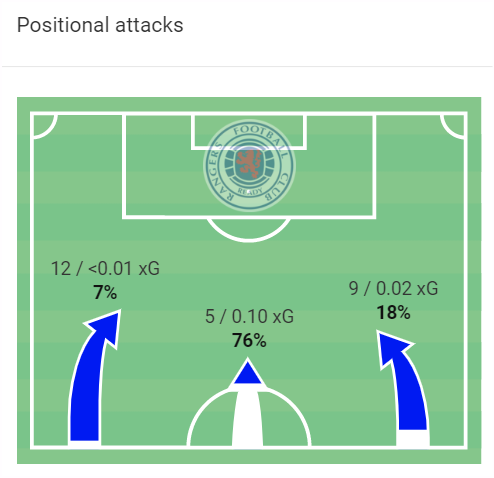 Rangers average 39.67 positional attacks and 16.82 shots per match with an accuracy rate of 34.6% per match. They create most of the chances from the flanks. Ryan Kent is the main man on the left side, while James Tavernier creates most of the threats from the right side.

Ex Rangers player Calvin Bassey will be starting against his former club. He completed a big-money move in the recent transfer window. Ajax will be without Owen Winjdal and Mohamed Ihattaren for this match.

Rangers will still be without Ben Davies, John Souttar, Kemar Roofe, and Filip Helander for this game. Tom Lawrence is also an absentee for the visitors. He will remain sidelined for a few weeks.

Ajax have home advantage against a struggling Rangers side. Both teams have high ambitions for this season and will like to show their strength at the top level. The home team will be the favourites to win this match. However, it won’t be an easy win for them against last season’s UEFA Europa League finalists. They will look to mark their return with three points.