Tom Lawrence was one of the key acquisitions for Rangers this season. The former Derby County captain is playing his first season in the Scottish Premiership. The 28-year-old spent his youth career at Manchester United. He was one of the best playmakers in the EFL Championship last season. Lawrence has settled in the team and is a regular under Giovanni van Bronckhorst. 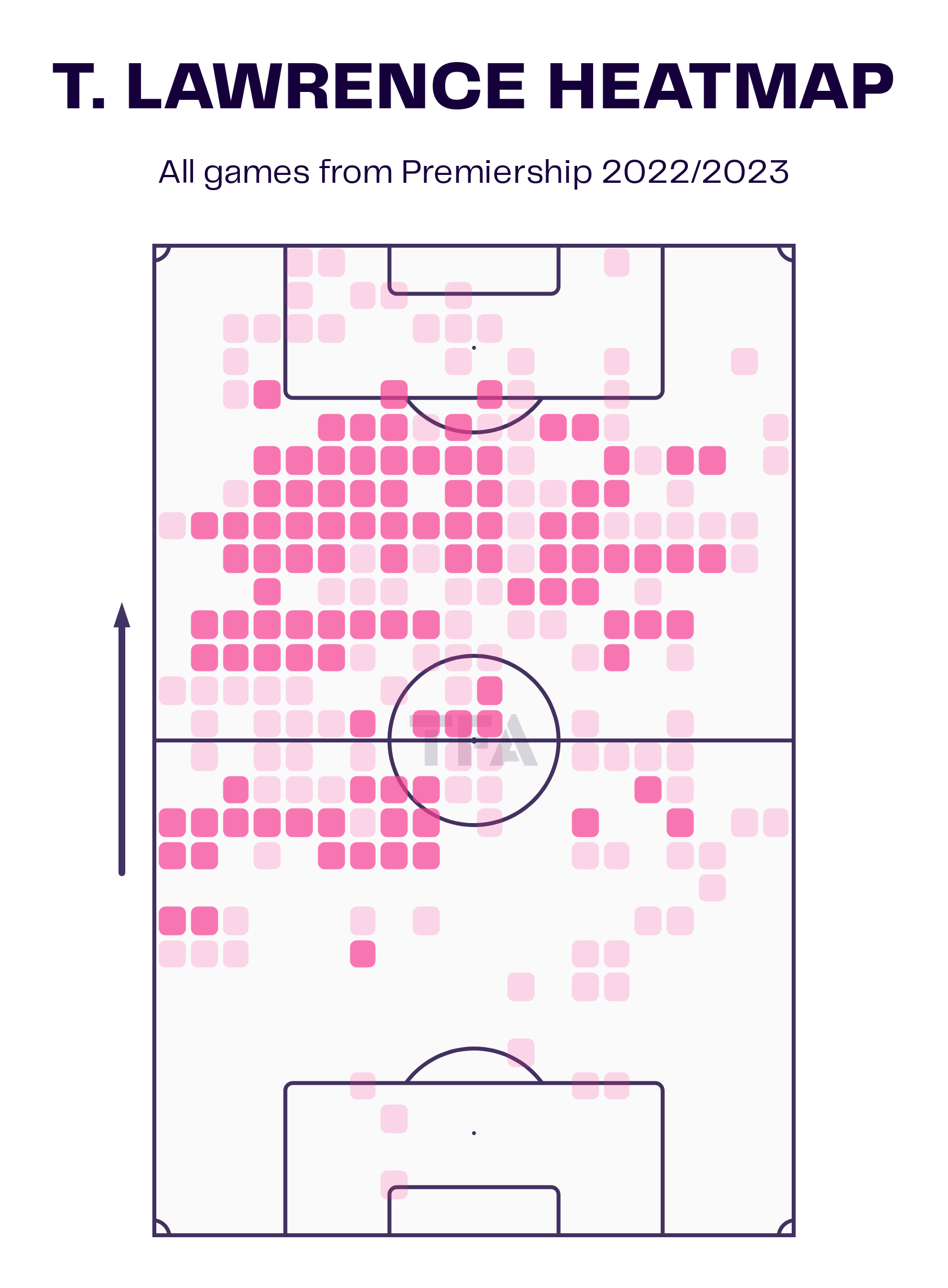 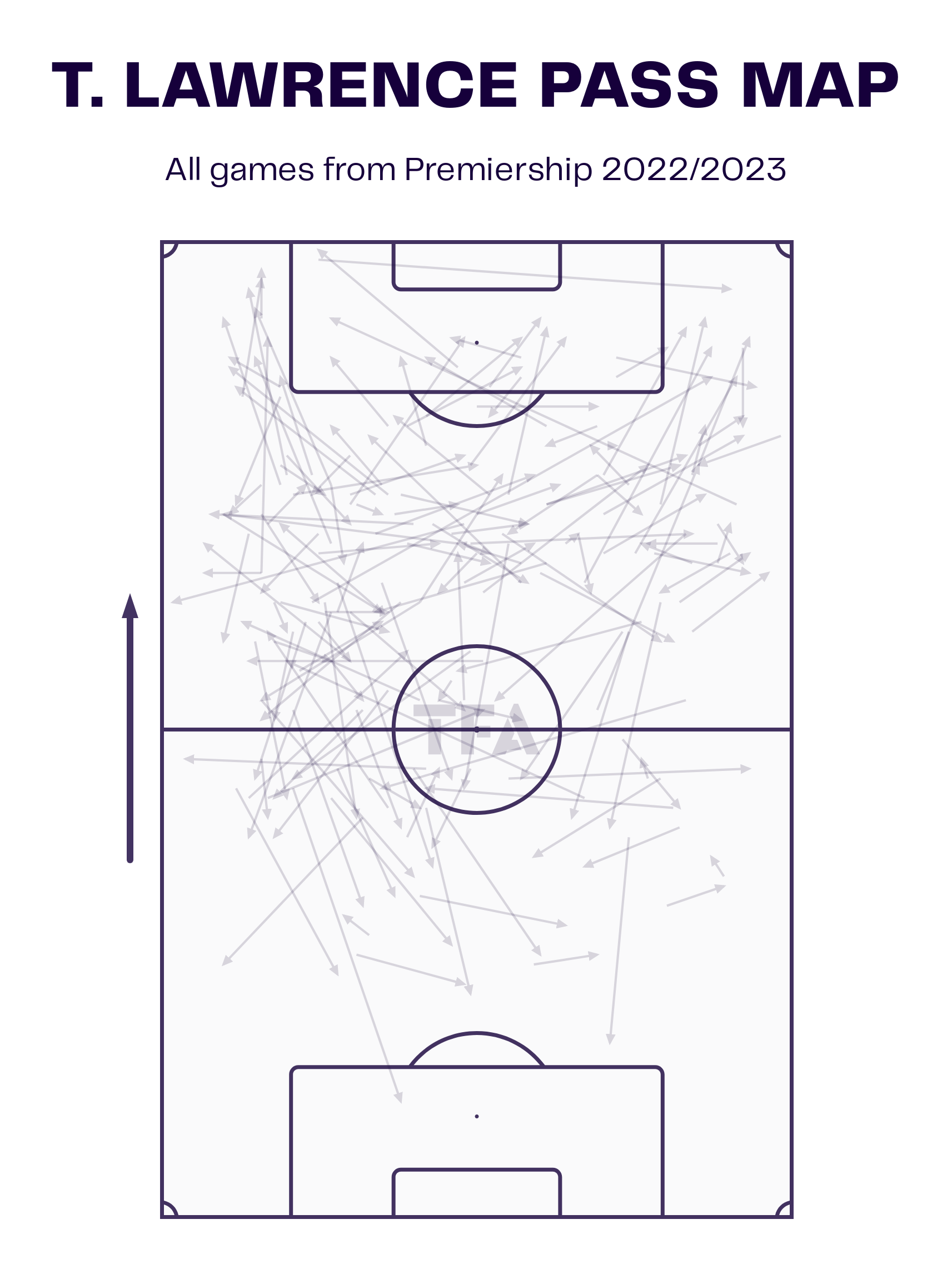 Tom Lawrence has dictated a lot of plays from the left side. He averages 47 passes per 90 minutes with an 86.5% accuracy rate. These passes include 4.9 passes to the final third and 2.9 passes to the penalty area. The above viz shows that Lawrence distributes the ball to dangerous areas to continue the flow of the attack. He is a key figure in the midfield for the Gers. 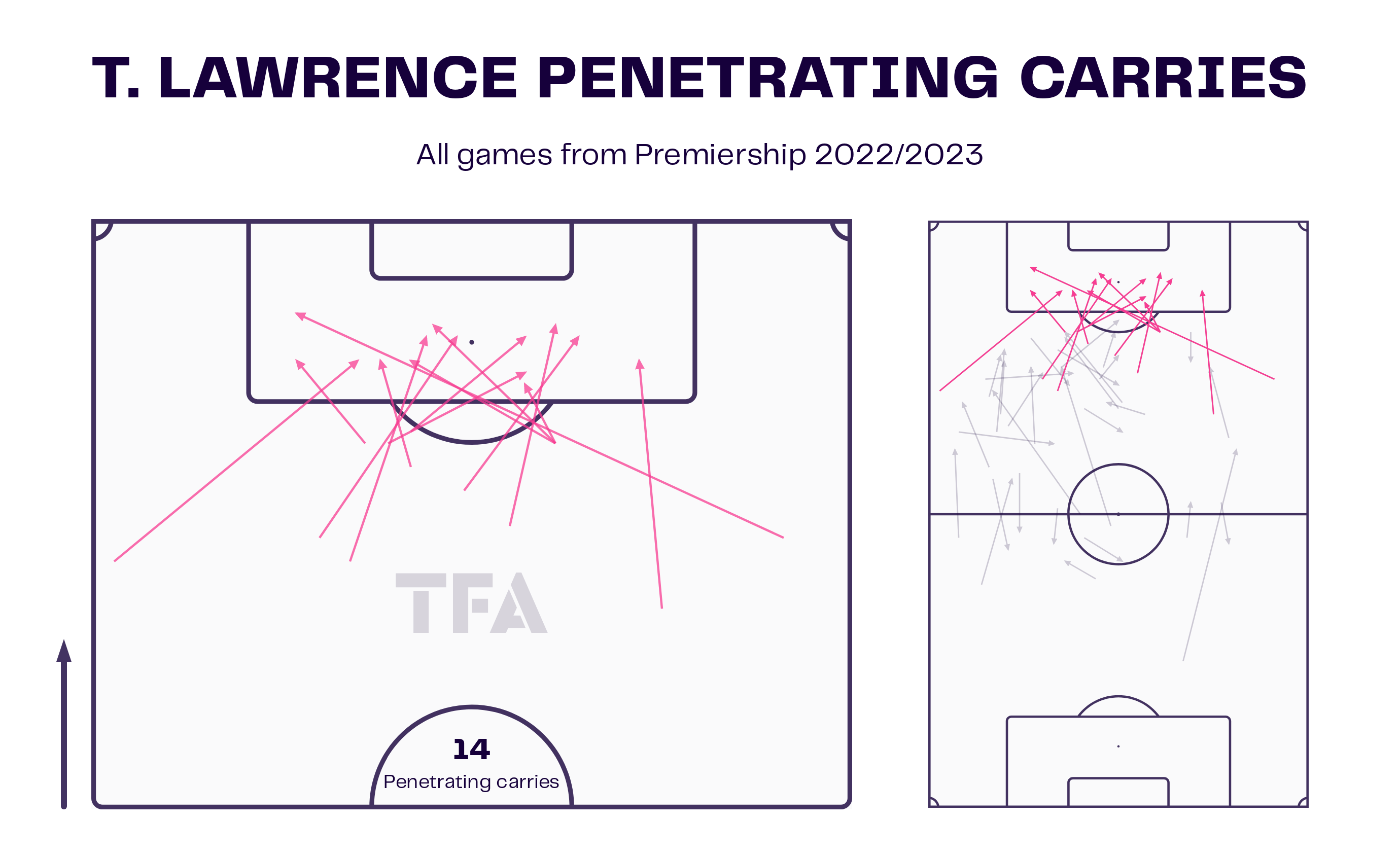 Lawrence has the ability to carry the ball into the opposition’s penalty area. He can run with the ball and dribble past the opponents. The Welshman has made 14 opposition-penalty-box-penetrating runs. He’s also had 17 touches inside the penalty box and poses a lot of threats from there. 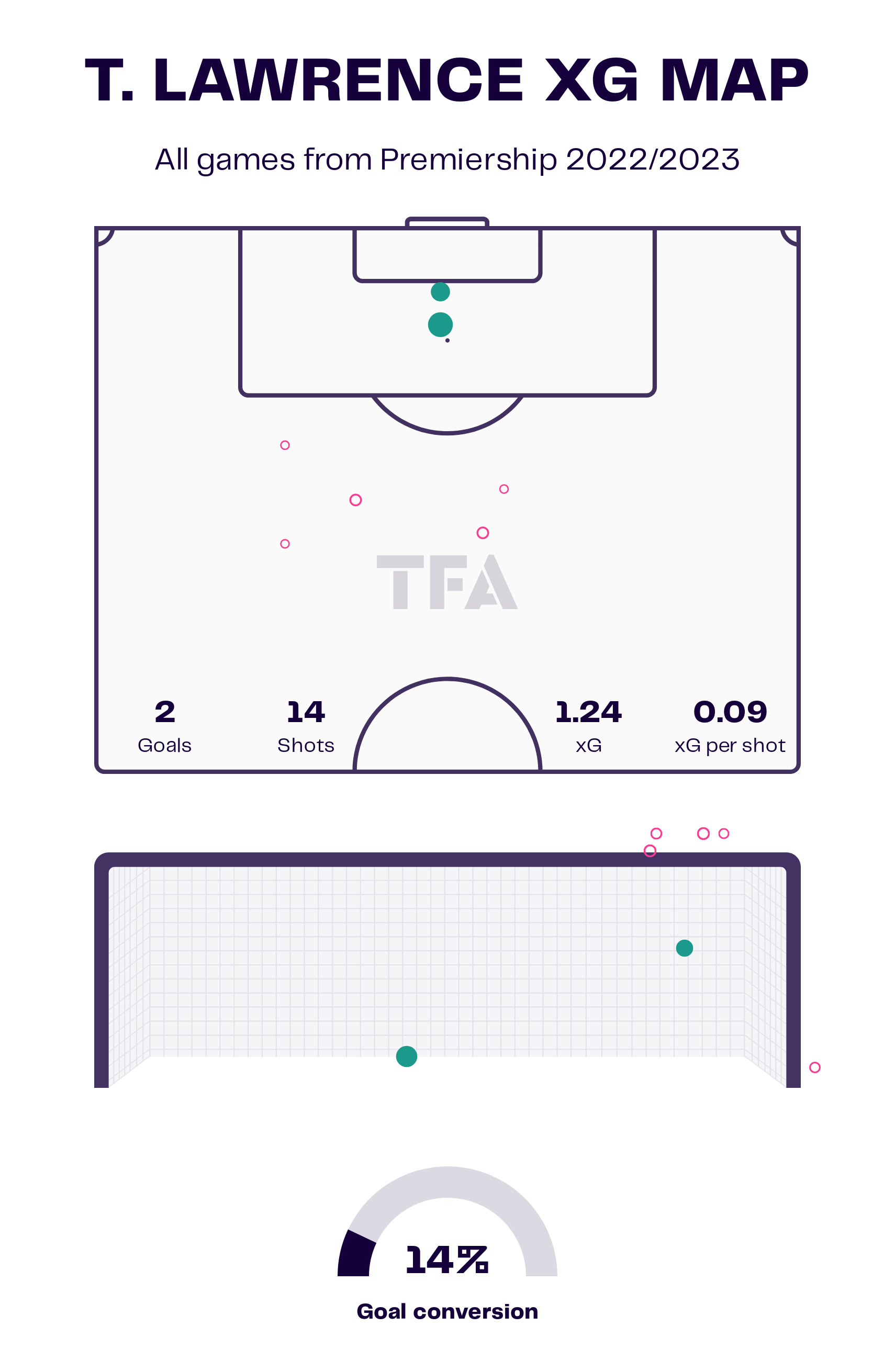 Another aspect of Lawrence’s gameplay is his ability to score goals. The 28-year-old has attempted 14 passes this season, and his only two shots on target have resulted in a goal. The player will look to improve his accuracy rate in the coming games and add more goals to his Rangers’ tally. The above viz hints that Lawrence should take more attempts from inside the penalty box. He has scored both goals from just two attempts from inside the penalty box.

Lawrence suffered a knee injury, and that will keep him out for a few weeks. He missed the crucial games against Ajax and Celtic. Rangers lost both matches 0-4 and this has caused a few concerns in Rangers’ camp. They are lacking an attacking instinct and the defence is also unsettled. They need Tom Lawrence in the starting XI as soon as he gets fit, and they’ll hope that the player performs at the top level.