Rangers haven’t started the Scottish Premiership and the UEFA Champions League seasons as they had wished for. Injuries in the early stages of the season unsettled Giovanni van Bronckhorst’s men. They are behind Celtic in the league table and are likely to make an exit from the European competition. Giovanni van Bronckhorst has done a lot of shuffling in the team. He has tried a few combinations, but a few of them have failed. He needs to bring stability to the team and will require his senior pros to step up. One of the players who could change the fortunes at Rangers is their veteran midfielder, Steven Davis.

Rangers play in a 4-2-3-1 formation. John Lundstram plays as a defensive midfielder and the manager has made some rotations in the other spots. Ryan Jack, Steven Davis, and Tom Lawrence have featured in these positions. Steven Davis is nearing the end of his career, but the player has still got the legs. He played brilliantly for Northern Ireland and was praised by many. Now let’s look at some of the stats that show why Davis deserves a regular spot in the starting 11. 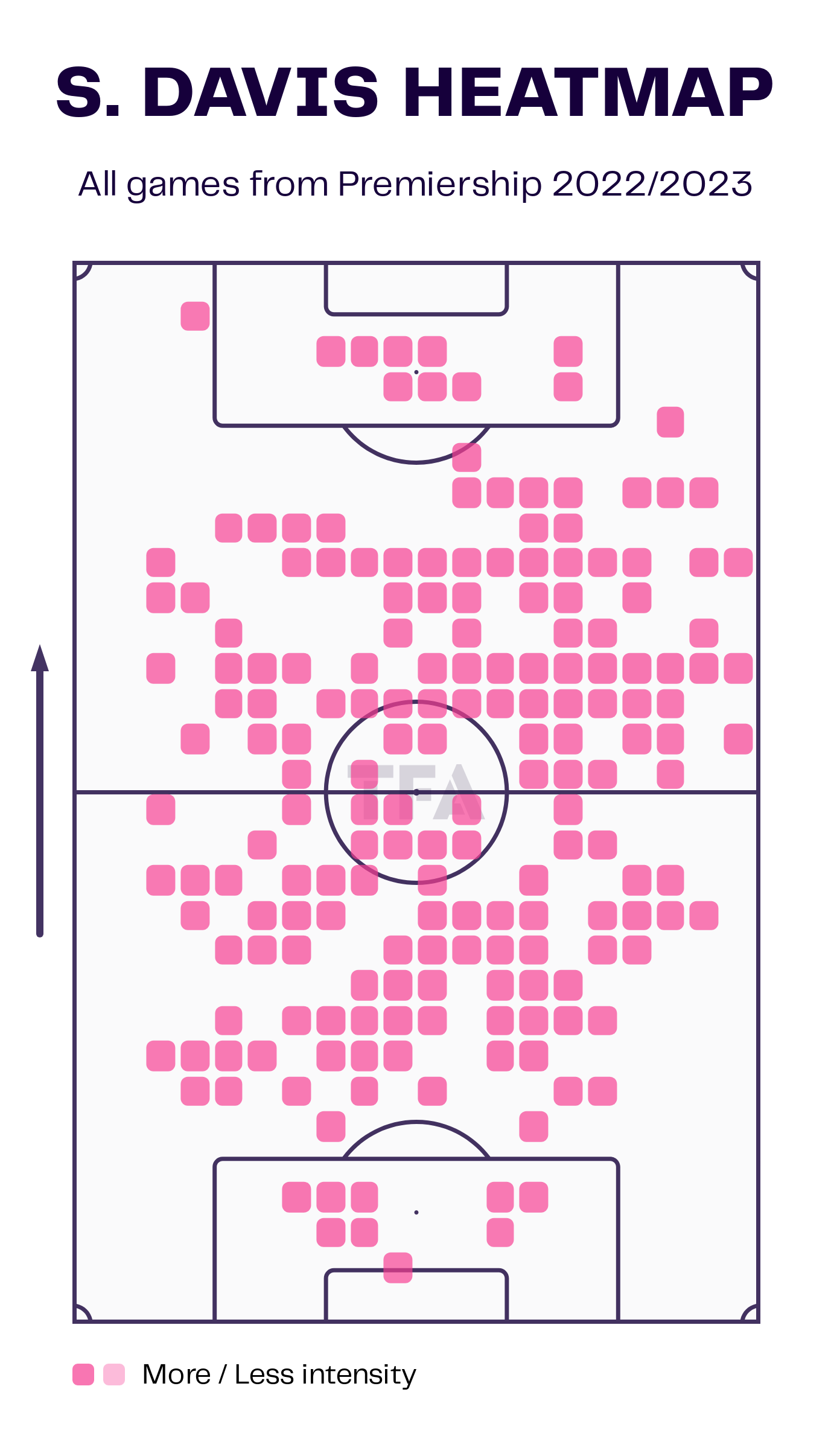 Steven Davis has made six appearances for his side, and these include three starts. Of these six appearances, two came in the UEFA Champions League. Steven Davis has played as a central midfielder and as a defensive midfielder. He scored his first goal of the season in a 4-0 victory over Ross County. The above viz shows the heatmap of the player. We can observe that the 37-year-old has covered a lot of areas on the field and has been involved in a lot of plays. 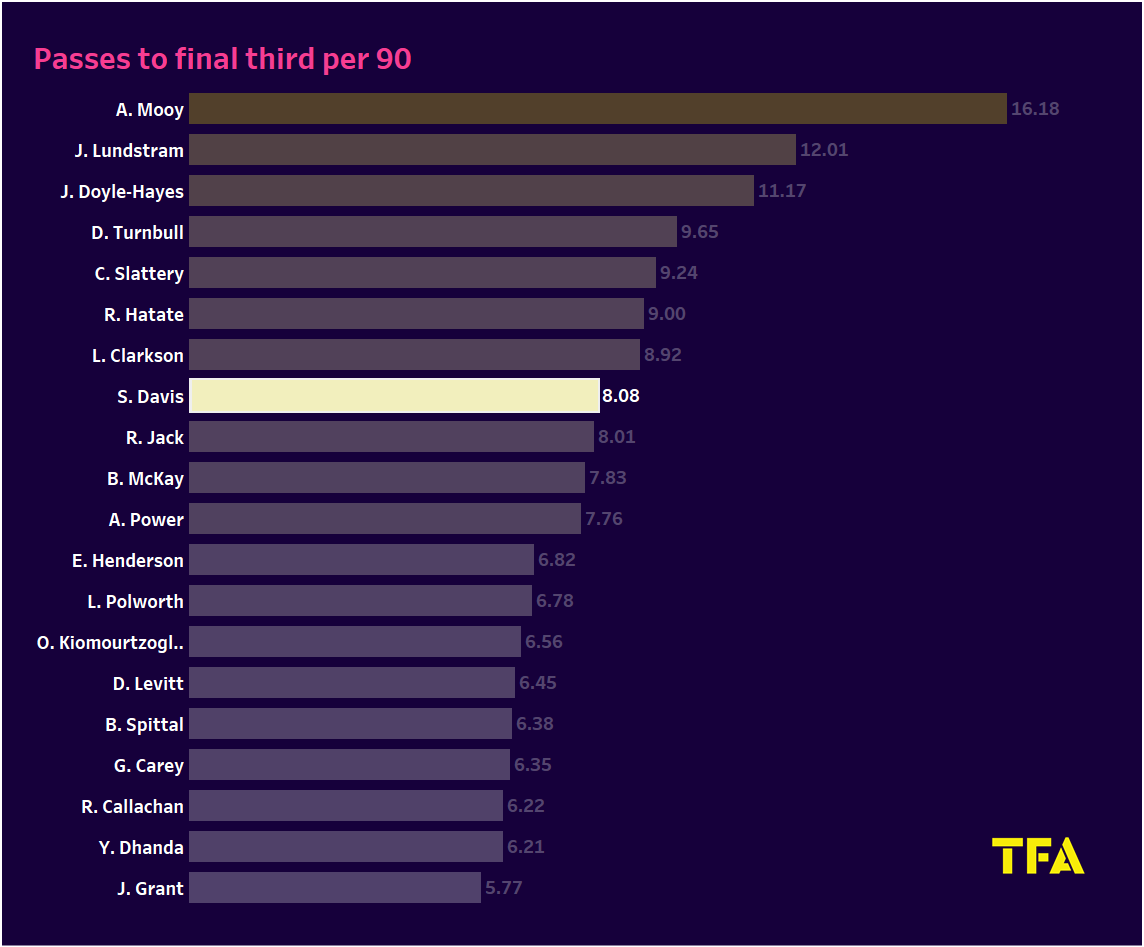 The veteran averages 48.99 passes per 90 minutes and has an accuracy rate of 86.8%. Steven Davis averages 8.42 passes to the final third and 2.6 passes to the penalty box in all competitions. The player is not known for his creativity but can pass the ball to dangerous areas and is handy in keeping hold of the ball. The above viz shows the passes to the final third dashboard of every midfielder in the Scottish Premiership. Steven Davis is ranked in the top 10 and is only behind one teammate, John Lundstram. 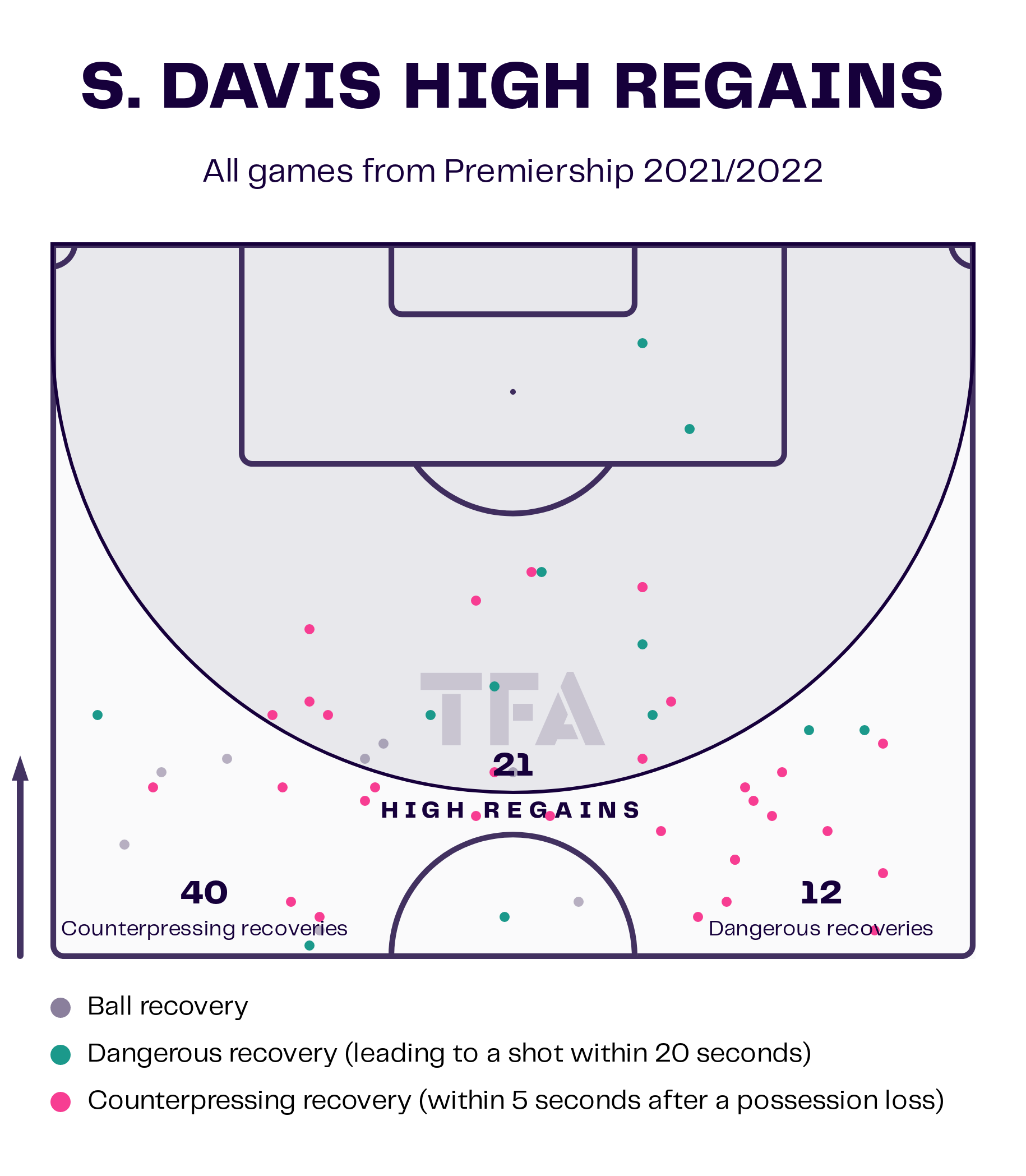 Steven Davis’ experience could prove to be handy in the Scottish Premiership. He could provide defensive stability while also encouraging the Rangers to attack more aggressively. The manager could use him as a defensive midfielder in some of the games. John Lundstram plays a more defensive role than Davis. The veteran is still giving some match-winning performances and will be handy in Rangers’ attempt to win the Scottish Premiership title this season.