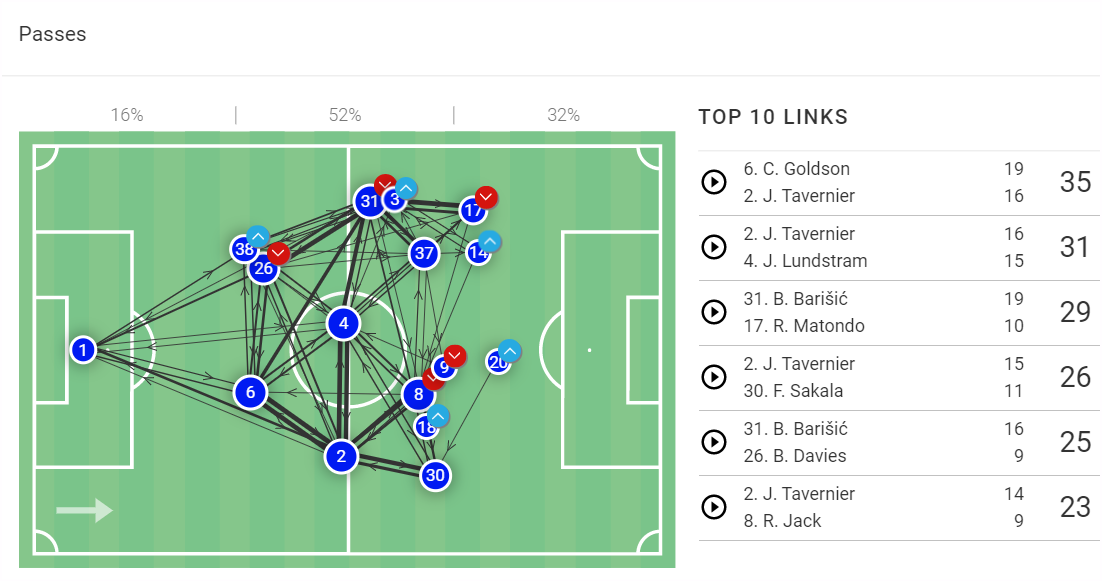 The average position of the players in the above viz shows that Rangers played a high attacking line. They created their own channel of play on the flanks. John Lundstram was in the centre of the action, and he distributed the ball in different directions on the field. Overall, the team attempted 642 passes and had an 86.6% passing accuracy rate.