Rangers dropped points for the third time this season after a 1-1 draw against Livingston in the Scottish Premiership. Jon Nouble gave his side the lead in the fourth minute of the match. Rangers did not score until the injury and stoppage time after 90 minutes. John Lundstram scored a goal to earn a point for his side. The visitors ended the match with ten men.

How many crosses were attempted by Rangers? Which Livingston player contested the highest number of duels? 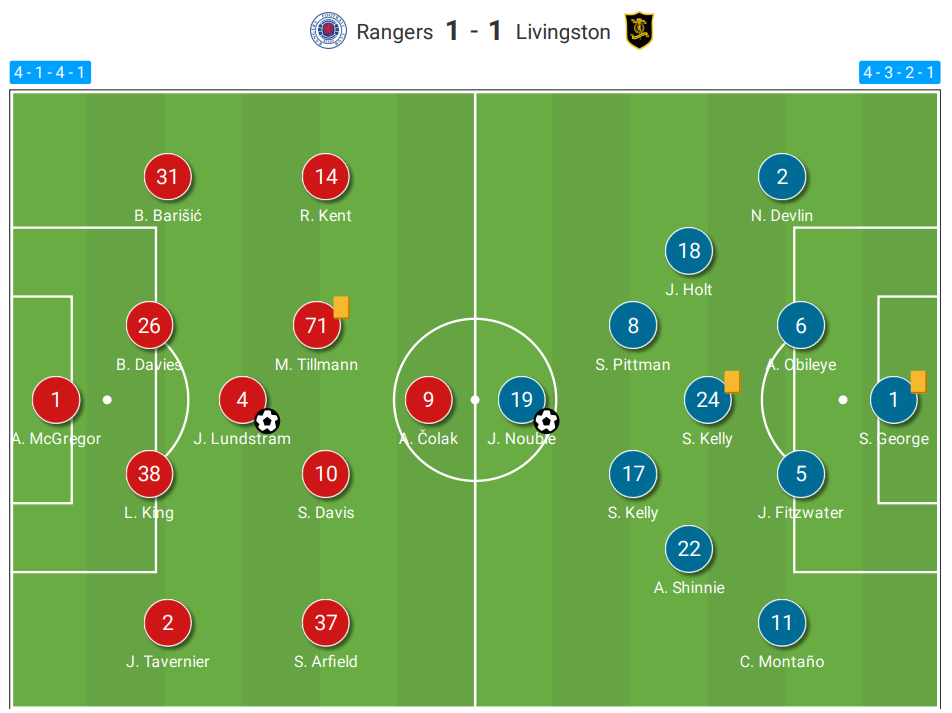