Defending Scottish Premiership champions Rangers have suffered a blow in the title race after losing 1-2 to rivals Celtic. The home team took an early lead, but the visitors made a comeback within the first half to seal three points.

What were Rangers xT creation zones? How many shots were attempted by Celtic from inside the opposition’s penalty box? 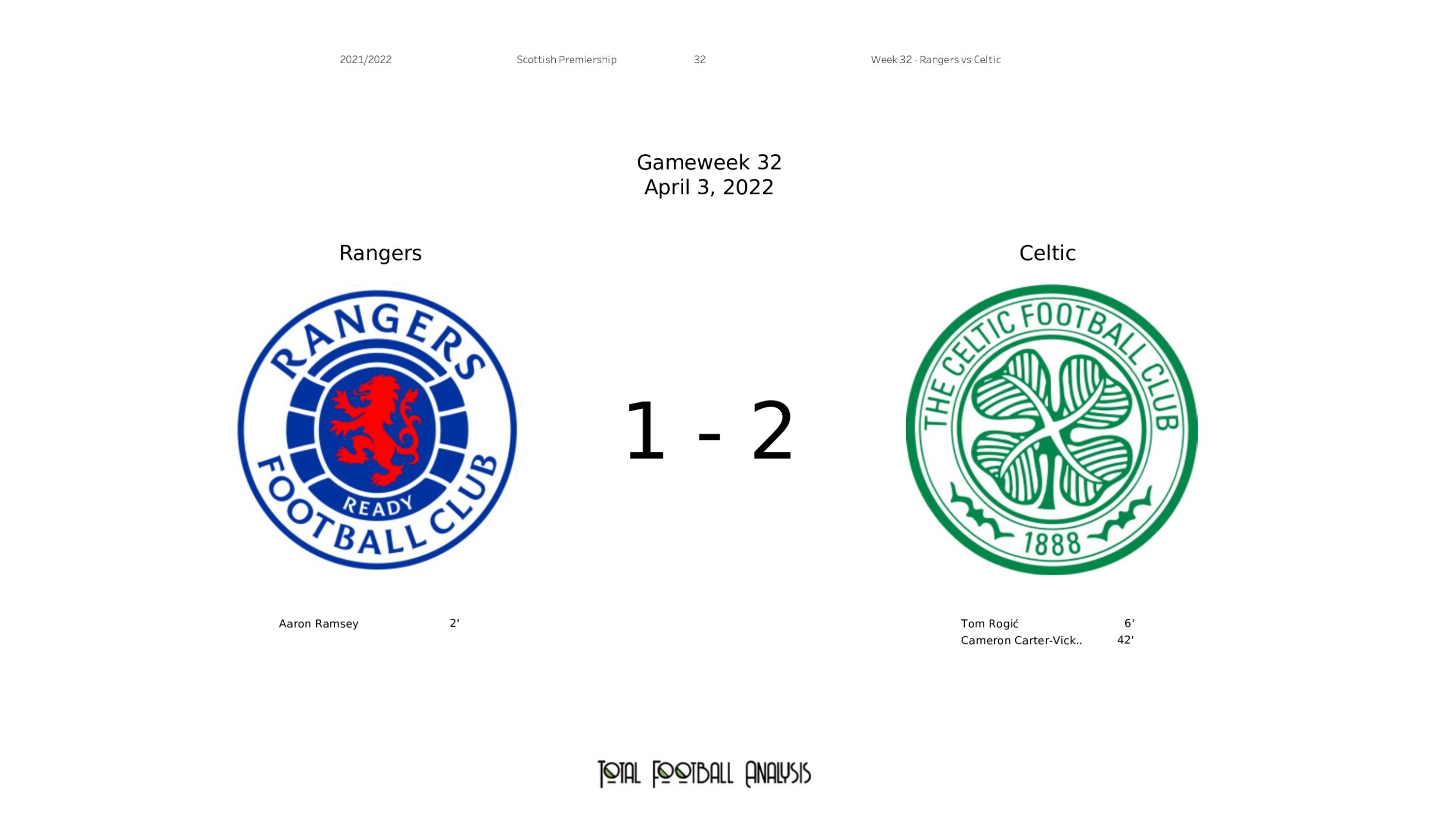