Rangers extended their unbeaten streak to six matches after a comfortable 4-1 victory over Aberdeen in the Scottish Premiership. Connor Barron gave the lead to the visitors in the 21st minute. Antonio Colak started the comeback for his team by scoring a goal in the 27th minute. John Lundstram gave his side the lead at the end of the first half. James Tavernier and Alfredo Morelos secured an easy win for their side. They could have scored the fifth goal, but Tavernier saw his penalty shot hit the post.

What was the xG rate of Rangers? Which Aberdeen player contested the most duels? 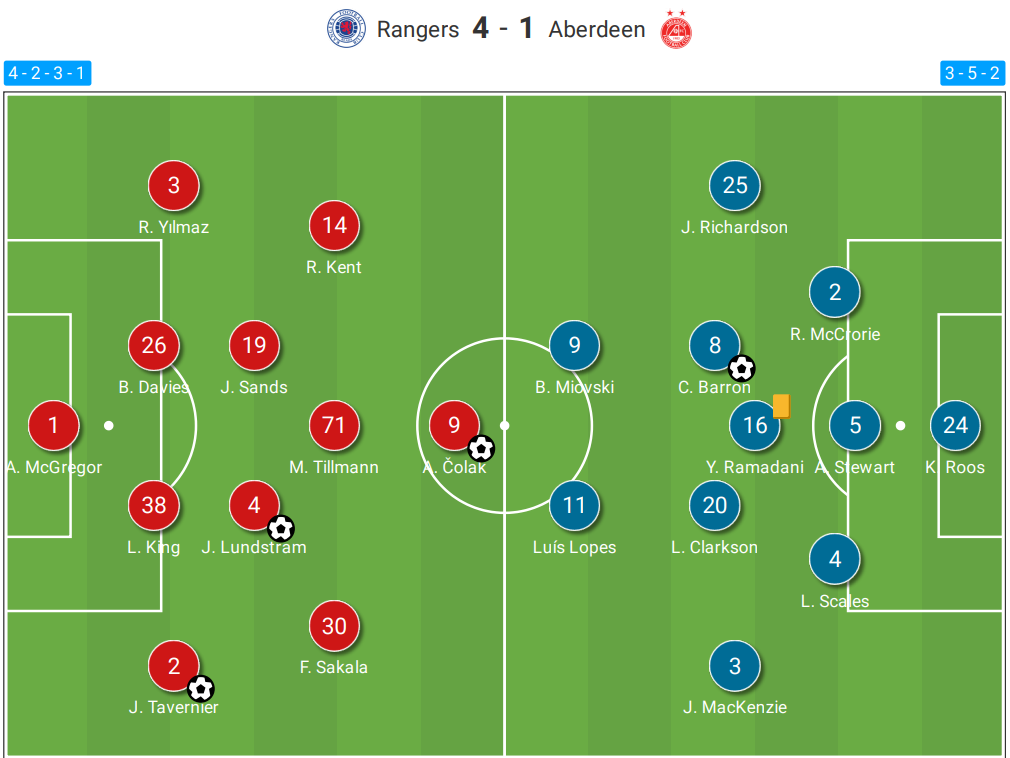