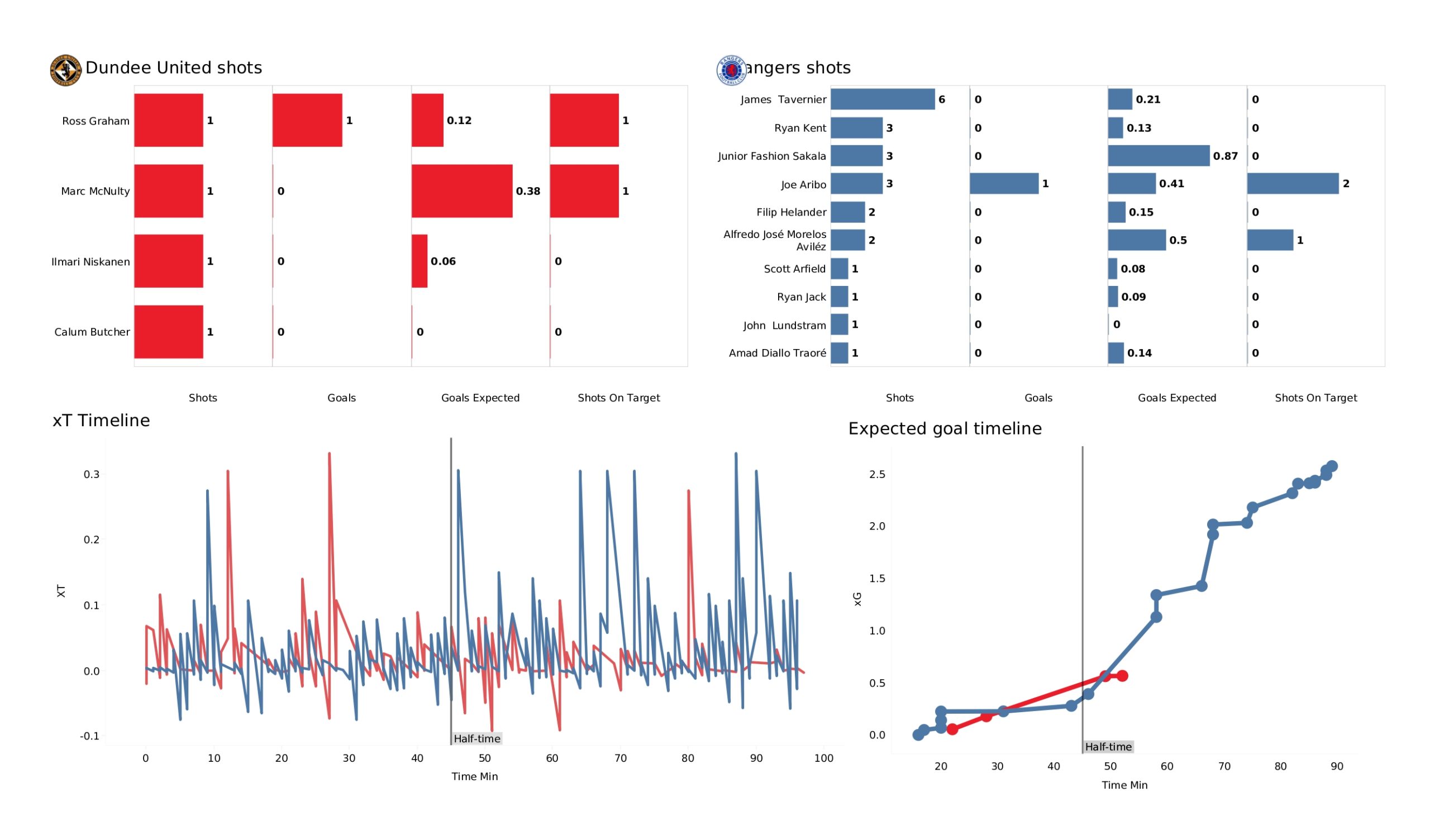 The expected goal timeline shows that the home team attempted two shots each in both halves. Rangers created fewer threats in the first half, but they dominated the second half and were the more creative side. The away side attempted eight shots in the last ten minutes of the match. Only Joe Aribo and Alfredo Morelos managed to hit the target for Rangers.