Rangers suffered another setback in their title defense after they were held to a 1-1 draw away at Dundee United in the Scottish Premiership. This was their third draw under van Bronckhorst, and Rangers are now three points behind leaders Celtic. Dundee United are also unbeaten in their last four league matches and remain in the top half of the table.

How many interceptions were made by Dundee United? Who attempted the most shots for Rangers? 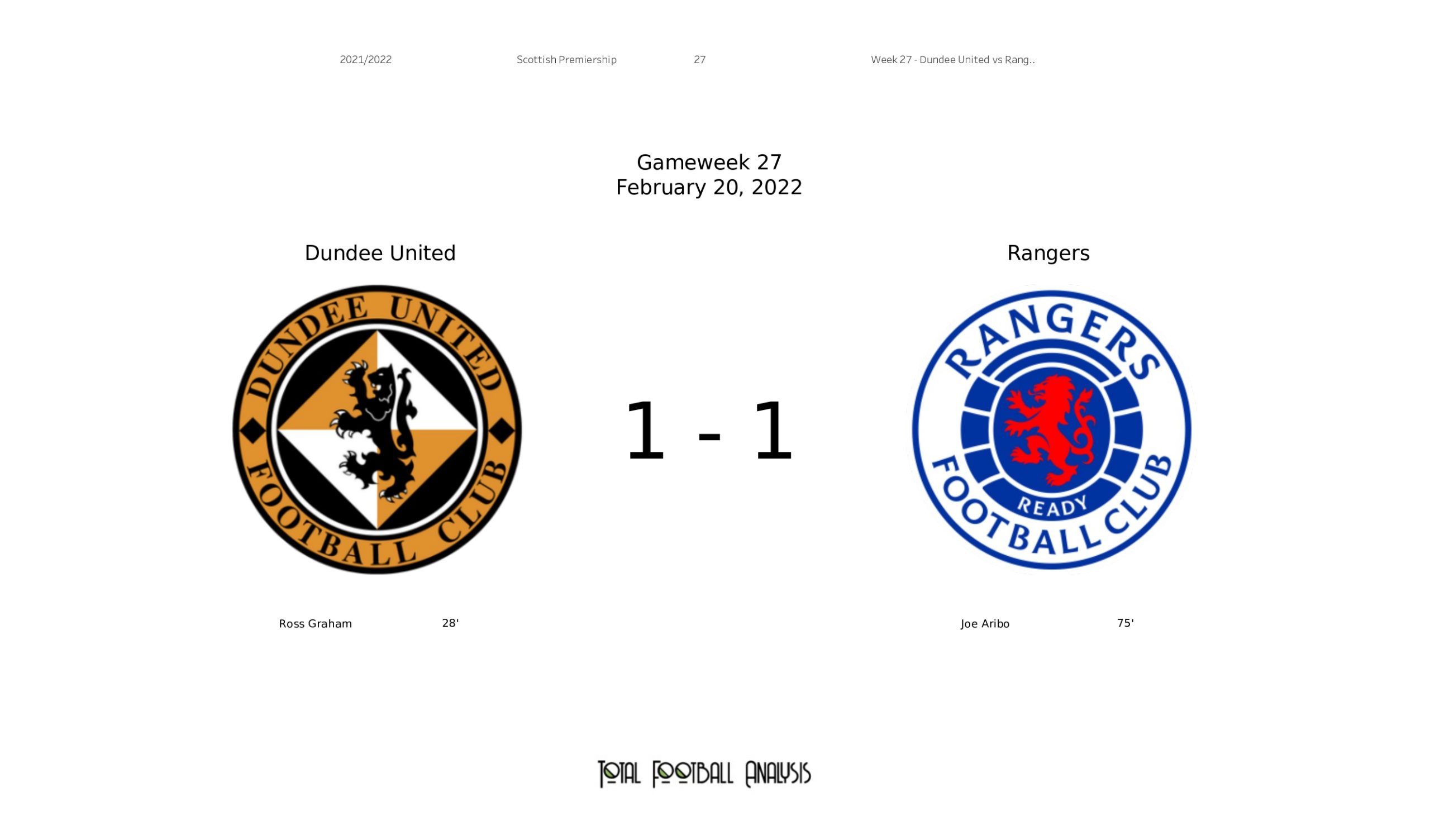