Giovanni van Bronckhorst’s winning start as Rangers came to an end after Lewis Ferguson scored a second-half equalizer to hand Aberdeen a 1-1 draw at home in the Scottish Premiership. Ryan Kent was sent off for Rangers towards the end of the match.

How many shots were attempted by Aberdeen? Who won the most number of aerial duels for Rangers? 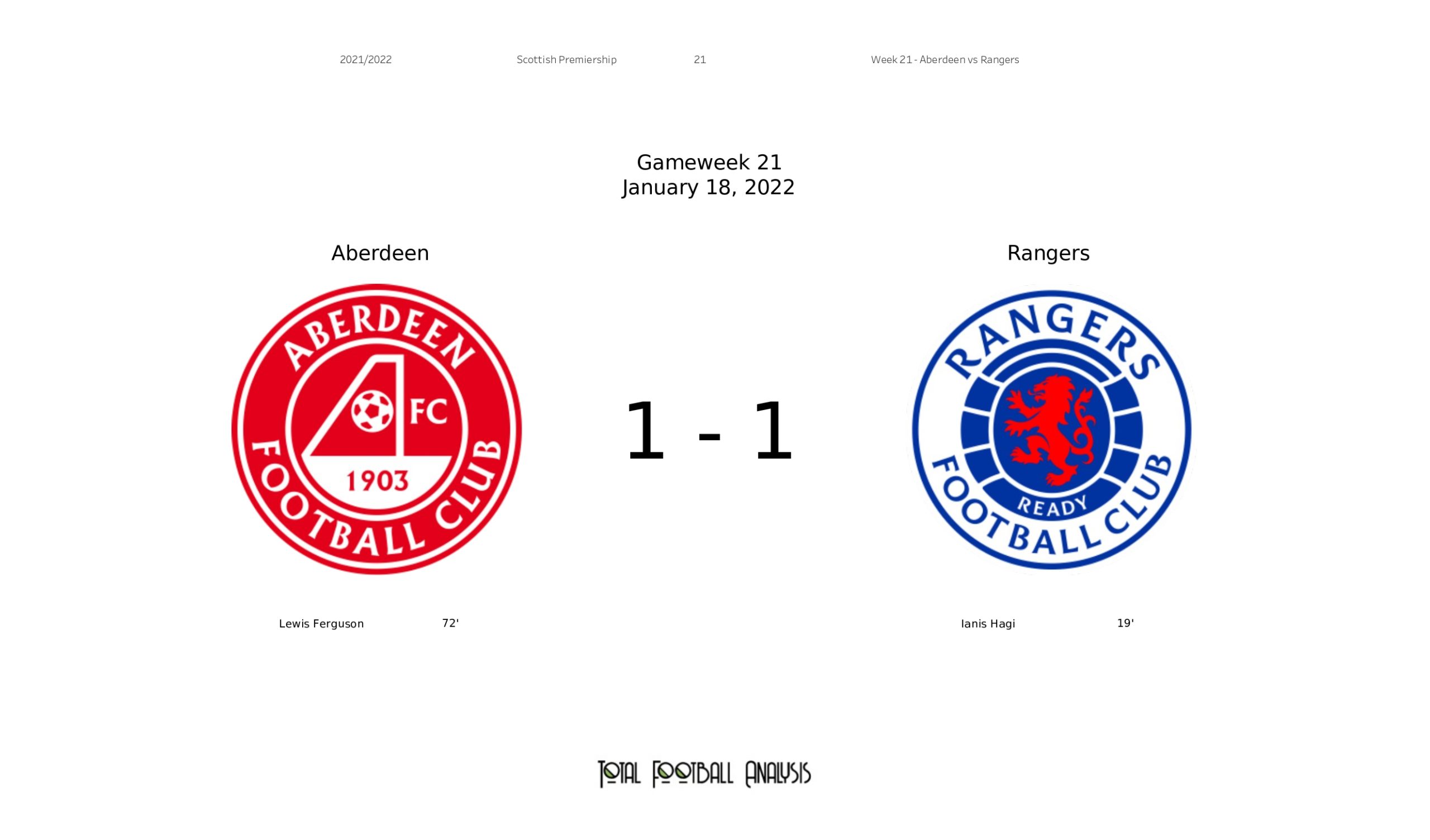