Rangers will look to return to winning ways when they travel to McDiarmid Park and face St. Johnstone in the Scottish Premiership. The defending champions passed up the opportunity to move closer to league leaders Celtic after dropping four points in the last two games. On the other hand, St. Johnstone are just two points above the bottom of the table side, Dundee, in the Scottish Premiership.

St. Johnstone have won five, drawn eight, and lost 15 matches this season in the league. The Saints are the lowest goal scorers in the league, with 18 goals and an xG rate of 21.29. In return, they have conceded 35 goals, with the second-highest xGA rate of 44.91. 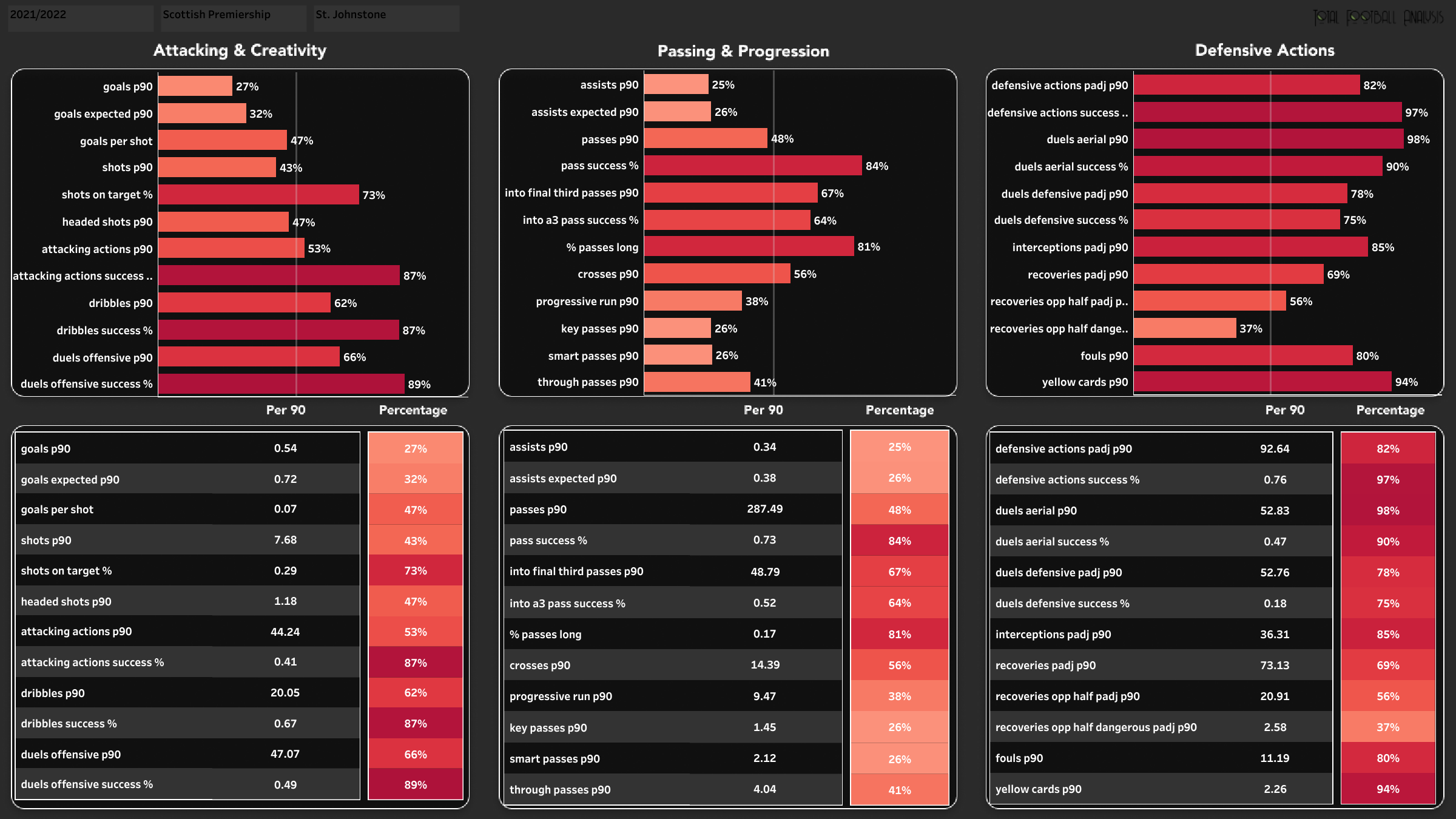 When looking at the above chart, the general rule is that the longer the bar, the better the performance — you can see the league average in the middle, and the % is the percentile rank the player is in. St. Johnstone have underperformed when we look at the attacking and creativity charts as well as the passing and progression charts. They had to defend a lot in most of the games and had a high defensive action success rate. 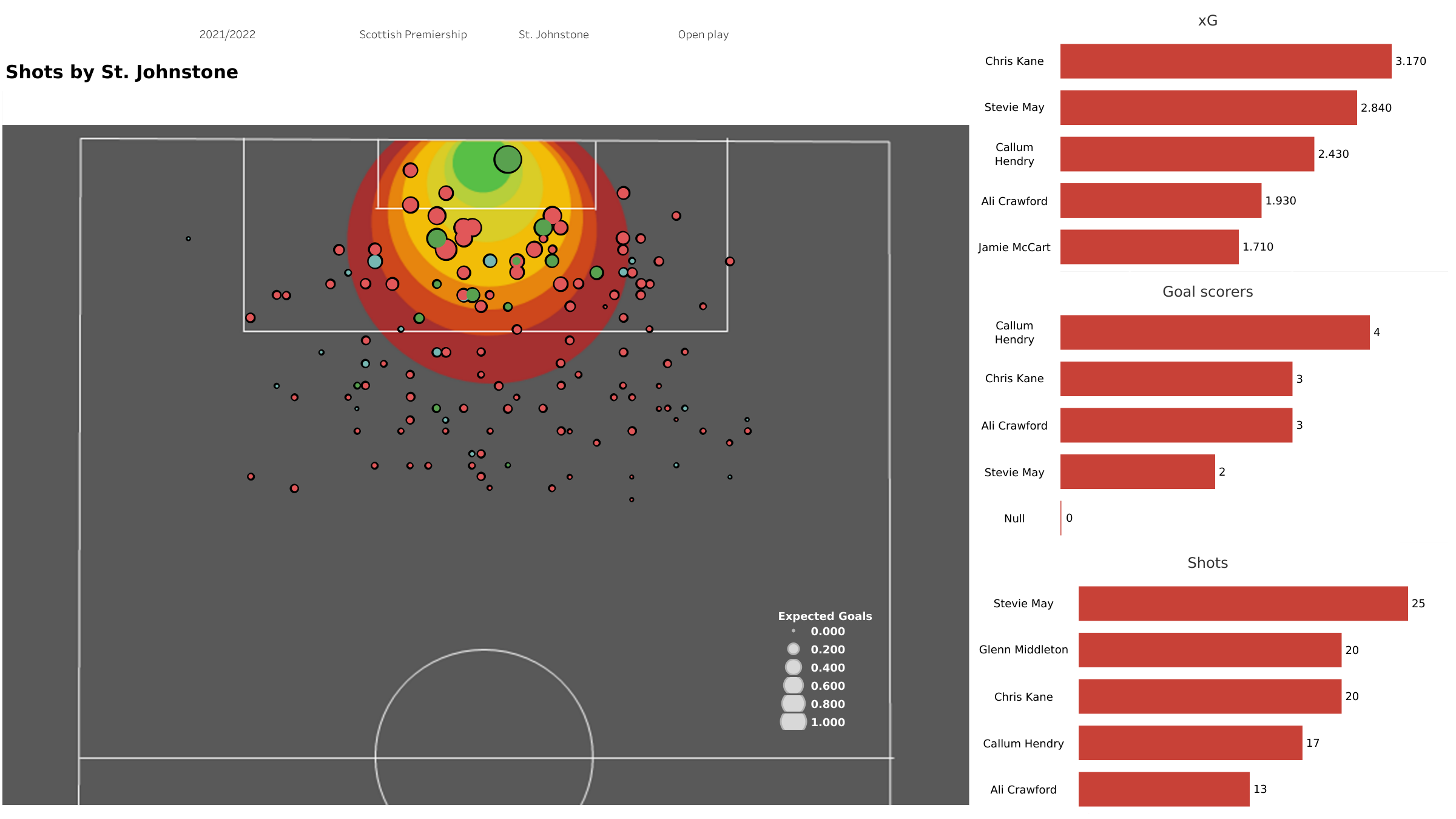 Stevie May has attempted the most shots for his side. Callum Hendry is their highest goal scorer this season with four goals. Shaun Rooney, David Wotherspoon, Chris Kane, Craig Bryson, and Cameron MacPherson are the notable absentees for St. Johnstone. 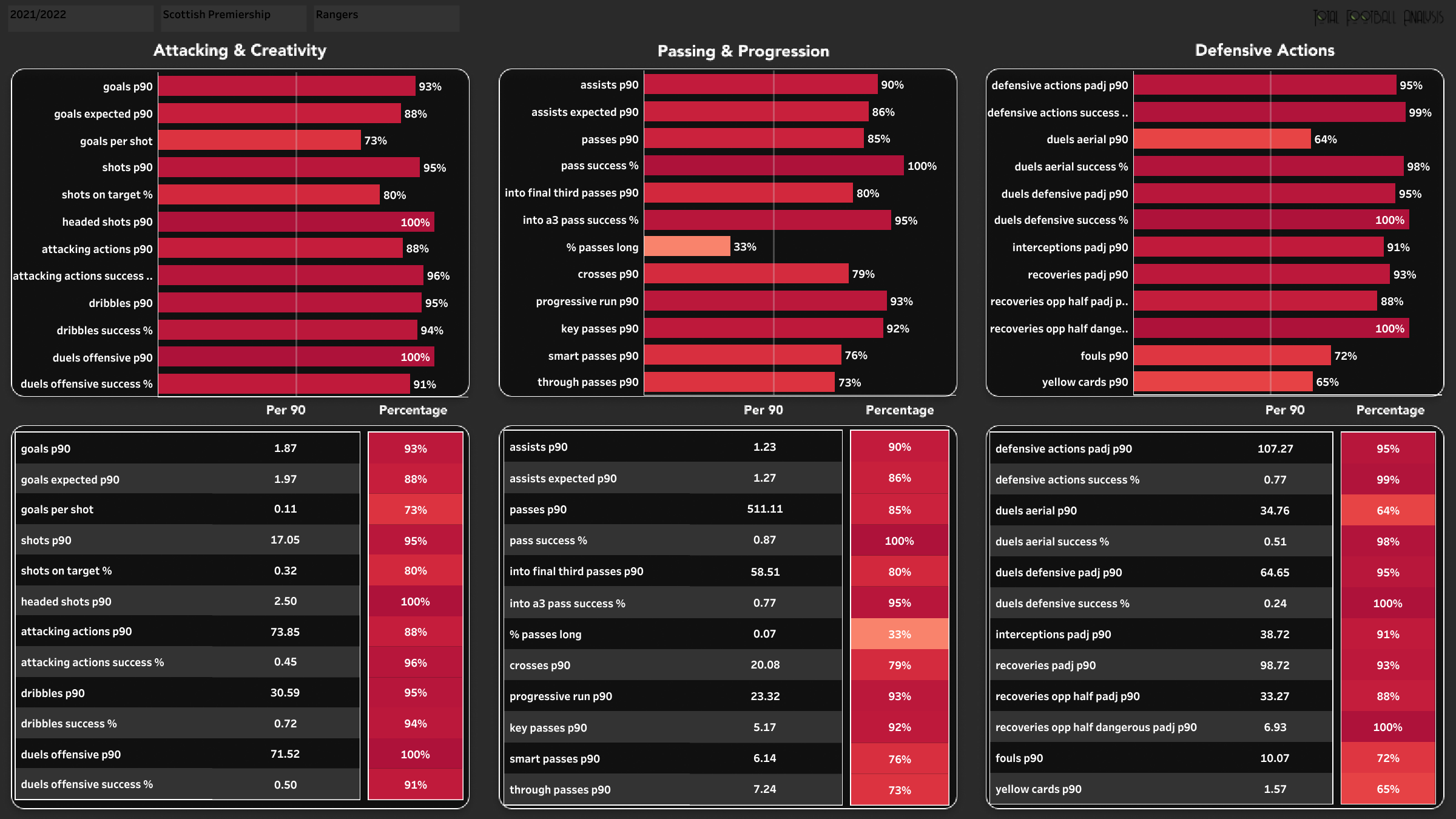 Rangers have been one of the best-performing teams this season. They average around two goals per 90 minutes and have contested the highest number of offensive duels this season. Rangers’ passing has also created a lot of threats towards the opposition’s goal, and the team averages more than five key passes per 90 minutes. Defensively, Rangers have a high percentile rank in all the fields, and their win percentage is also high. 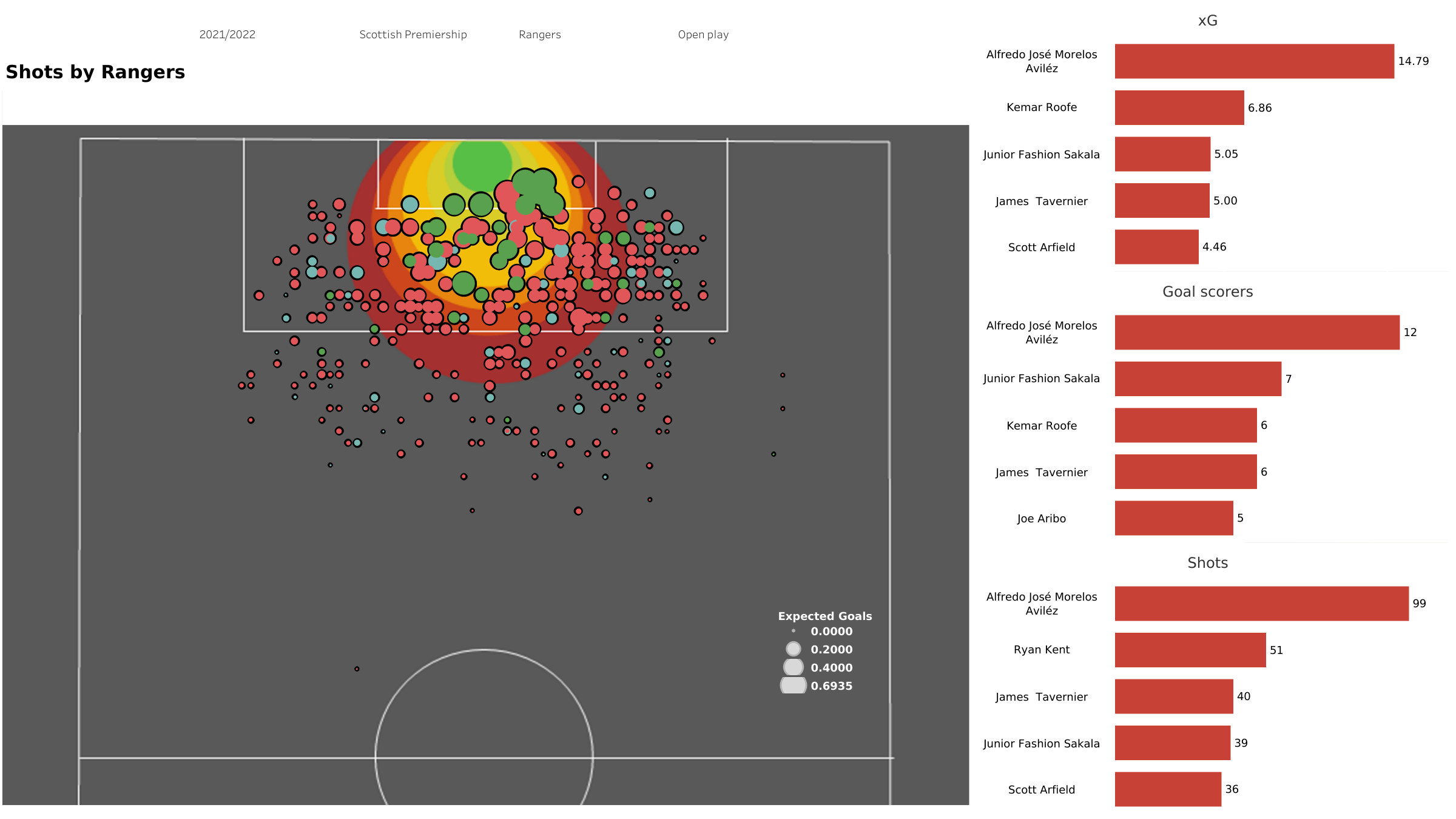 Alfredo Morelos is one shot short of reaching the triple-figure for shots attempted this season. He has scored 12 goals and will look to add more goals to his tally. After an impressive performance against Motherwell, John Lundstram might continue in the centre-back role. The manager might go with an unchanged lineup for this match.

Rangers will go as the favorites in this match. They have won the previous two league games against the same opponents this season in the Scottish Premiership. The defending champions are three points behind the league leaders, Celtic, and will look to keep the pressure on their opponents.