Rangers will look to return to winning ways when they face Ross County in the Scottish Premiership. The Gers have qualified for the UEFA Champions League group stage and will be high on confidence. Ross County have also opened their account in the league after winning the last game against Kilmarnock.

Rangers started the season with three wins and have drawn the last match by a 2-2 scoreline. They have scored ten goals with an xG rate of 1.99. In return, they have conceded three goals, with two coming in the last match.

Ross County have finally kicked off their season after a victory in the last game. They lost their opening three fixtures of the season. The team has scored three goals and conceded twice the number of goals that they have scored.

We look at three things that are likely to decide the outcome of this clash. 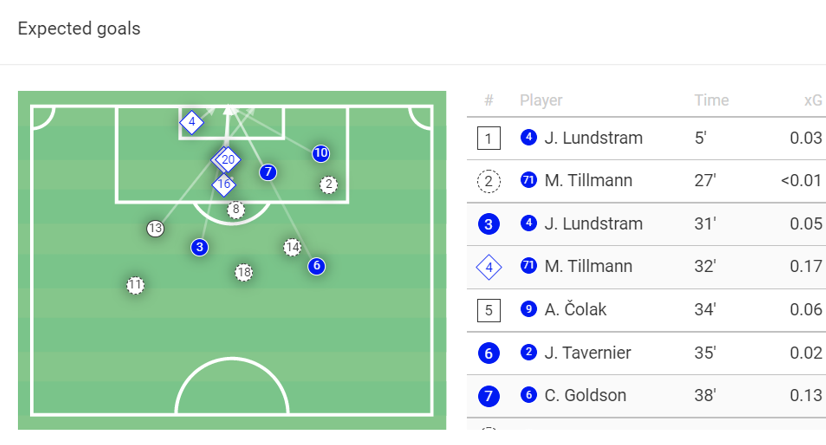 Rangers will be on the attack in this match. They average 39.5 positional attacks and 15.7 shots per match. They created fewer chances in the last match, and this dropped their average. The above viz shows the shot map from their match against St. Johnstone. All the goals were scored from inside the box. They created more chances from the middle in that game. Ross County should also expect attacks from Rangers’ right side. James Tavernier plays a high attacking line on that side and is a threat to any defence. 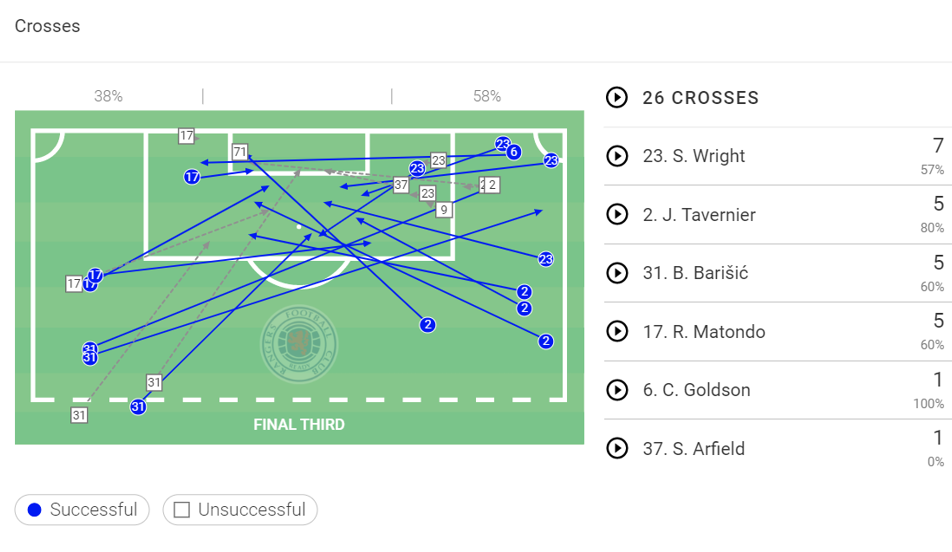 The Gers average 601 passes per match with an accuracy rate of 87.6%. These include around 80 passes to the final third, and they had an accuracy rate of 76.5%. This shows that Rangers will be effective with their passing and create a lot of chances. Rangers have also been effective with their crossing. They average 27 crosses and deliver 11 crosses per match. Most of the crosses are expected to come from the right side. Rangers players try to find a teammate inside the opposition’s penalty box and create threats towards the goal. 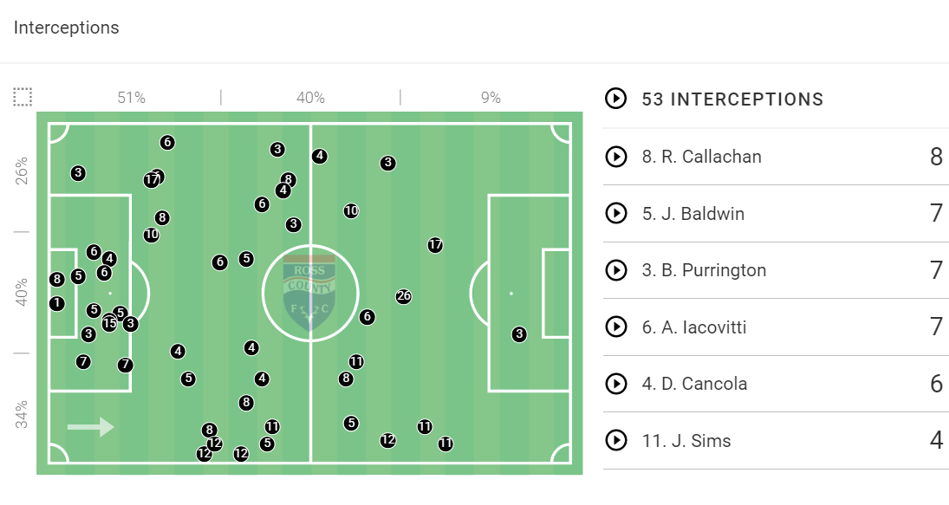 Ross County will be on the defence in this match. They will need to give their best to defend their goal against an attacking Rangers side. This season, Ross County have won 57% of their defensive duels and 46.3% of their aerial duels. The visitors also average 48.5 interceptions per game and will need to make more of these to stop Rangers from attacking. In the last match, they made 53 interceptions, with around 40% in the middle third. They will need to be more active in the upcoming match and intercept more balls in crucial areas.

John Lundstram will be available for the hosts after his red card decision in the last match was turned over. However, Alfredo Morelos will face suspension for his red card incident. Connor Goldson and James Sands are likely to form the centre-back pairing for this match. There are no new injury concerns in the camp.

Ross Callachan will miss this fixture and will serve his suspension. Connor Randall and William Akio are unavailable due to injuries.

Rangers will be the favourites to take three points against a struggling Ross County side. The Gers allowed Celtic to take a two-point advantage a bit early in the season. They will look to keep the deficit to two points and stay on the tail of the league leaders. Ross County will look to upset the Gers and try to take at least one point from this fixture.