Rangers will try to finish the Scottish Premiership season on a high when they meet Ross County in the second-to-last fixture. Celtic, the league leaders, are six points ahead of the defending champions. However, with only two games left, they have already lost the title. Ross County are now sixth in the table and have lost their last three games. Rangers have won two of the four meetings between the two teams, with the previous match ending in a 3-3 draw.

The reigning champions defeated Dundee United to win their 25th match of the season. They’ve lost eight games and drew the other three. With an xG rate of 75.36, Giovanni van Bronckhorst’s players have found the back of the net 73 times. In exchange, they’ve let up 29 goals with a 27.01 xGA rate. 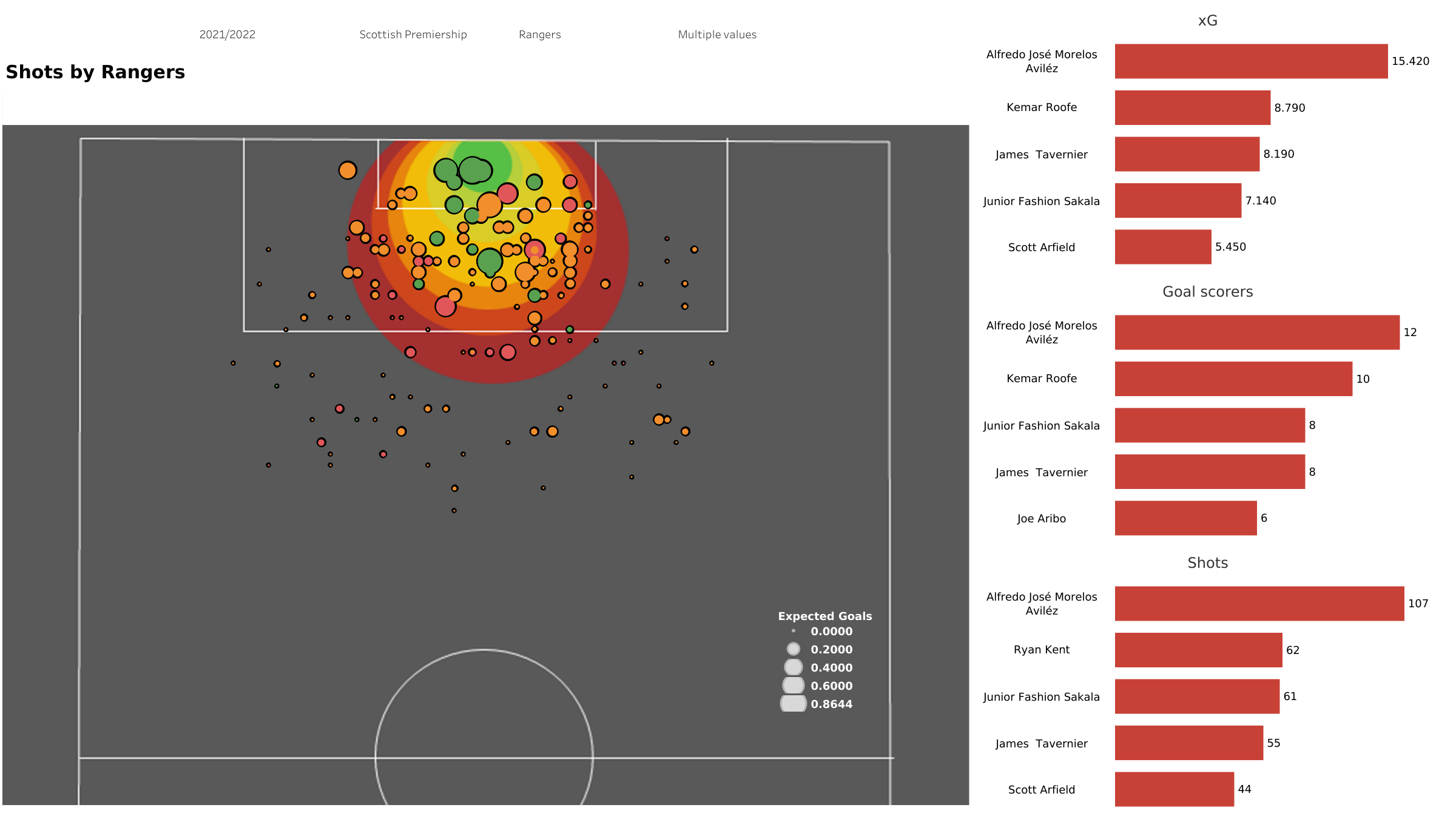 The above map shows all the shots that were attempted by Rangers from set-pieces, except the penalty spot. The home team has scored a few goals from inside the opposition’s penalty box. Overall, Rangers have attempted 638 shots, with an average of 16.6 shots per 90. The team has managed to hit the target 225 times. A total of 412 shots were attempted from inside the opposition’s penalty box, with 164 of them being on target.

Rangers are likely to go with the same lineup that they played with in the last game. Joe Aribo missed the last game due to a concussion, and the midfielder is likely to remain sidelined for this match too. Aaron Ramsey got a start in the last match after recovering from a hamstring injury. He could once again start the match with Fashion Sakala leading the line.

Ross County have won ten, lost 11, and drawn the other 11 matches played by them this season. The visitors have netted 45 goals with an xG rate of 39.00. The opponents have scored 55 goals against them and have an xGA rate of 52.66. 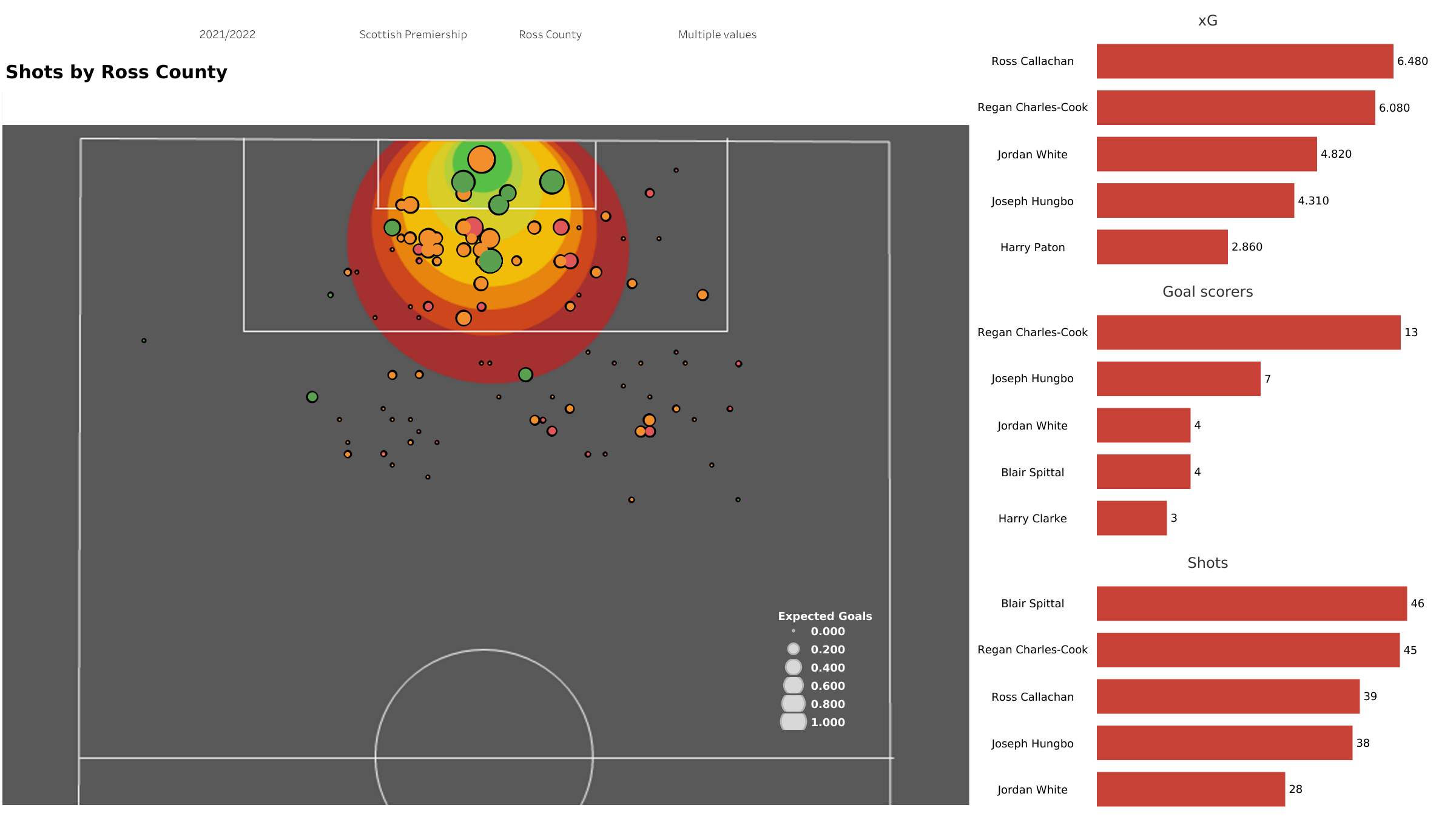 As can be seen in the graph above, the visitors have scored goals from set-pieces in double figures. They’ve actually attempted the third-fewest shots in the league. Only 314 shots were attempted, with 132 hitting the target. Ross County have attempted 180 shots from inside the penalty box against the opposition, with 85 of them finding the target. When trying shots from inside the box, they have a good shot accuracy rate.

Ross County goalkeeper, Ashley Maynard-Brewer, has been ruled out for the rest of the season and will likely be replaced by Ross Laidlaw. The manager is expected to start his strongest XI against the defending champions.

Rangers are expected to earn a comfortable victory over their opponents, Ross County. The visitors will look to end this season high by taking maximum points against the defending champions.