Rangers return to Scottish Premiership action when they face Dundee United in round eight of the competition. Rangers are in second place on the league table with 13 points, while their opponents sit at the bottom of the table with just two points.

Rangers are on a poor run of form and have lost their last three games in all competitions. They lost the last league match against table-toppers Celtic by a scoreline of 4-0. This was followed by two European defeats. The Gers have conceded 11 goals in the last three games and that is a big concern for the manager. This season, Rangers have scored 14 goals with an average xG rate of 1.98. The defence has conceded seven goals.

Dundee United earned a goalless draw against Motherwell in the last round. They suffered a heavy 9-0 defeat against Celtic in round five and are struggling to pick up the pace this season. Dundee United have only scored two goals this season and conceded 18.

Rangers have struggled to score goals in their recent matches. The Gers conceded 11 goals and were unable to get themselves on the scoresheet. This was due to the lack of effort attempted by Rangers towards the opposition goal. Against Celtic, Rangers attempted 11 shots, two of which were on target. This was below their average of shots per match. Rangers averaged 17.8 shots per match before the Celtic fixture, and now it has gone down to 16.83. They will look to improve their stats in this game. 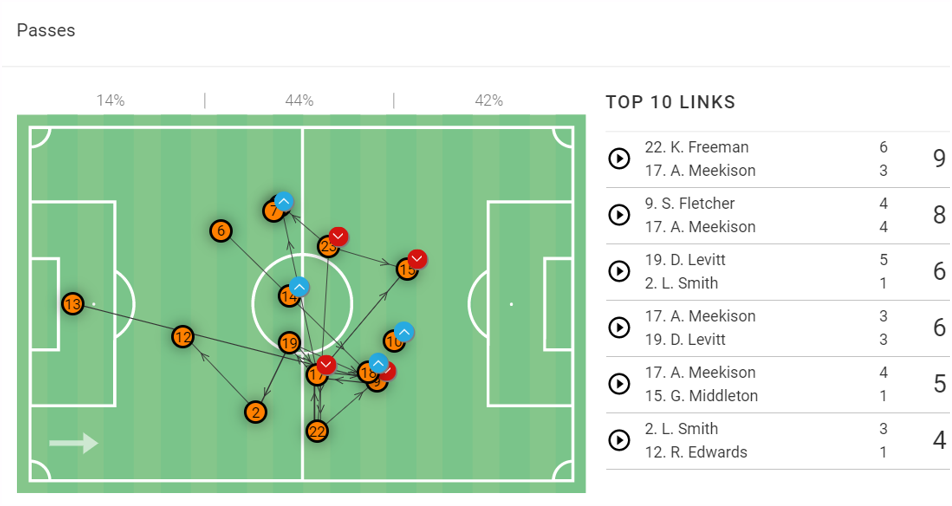 Dundee United play in a five-at-the-back formation. The above viz shows the average position of the players against Celtic. Dundee United were trying to stop Celtic from attacking from the right side. They might adjust according to the game plan of Rangers. Dundee United won’t be able to keep a lot of possession of the ball and will have to find ways to break Rangers’ defence whenever they have the ball.

Can Rangers bounce back? 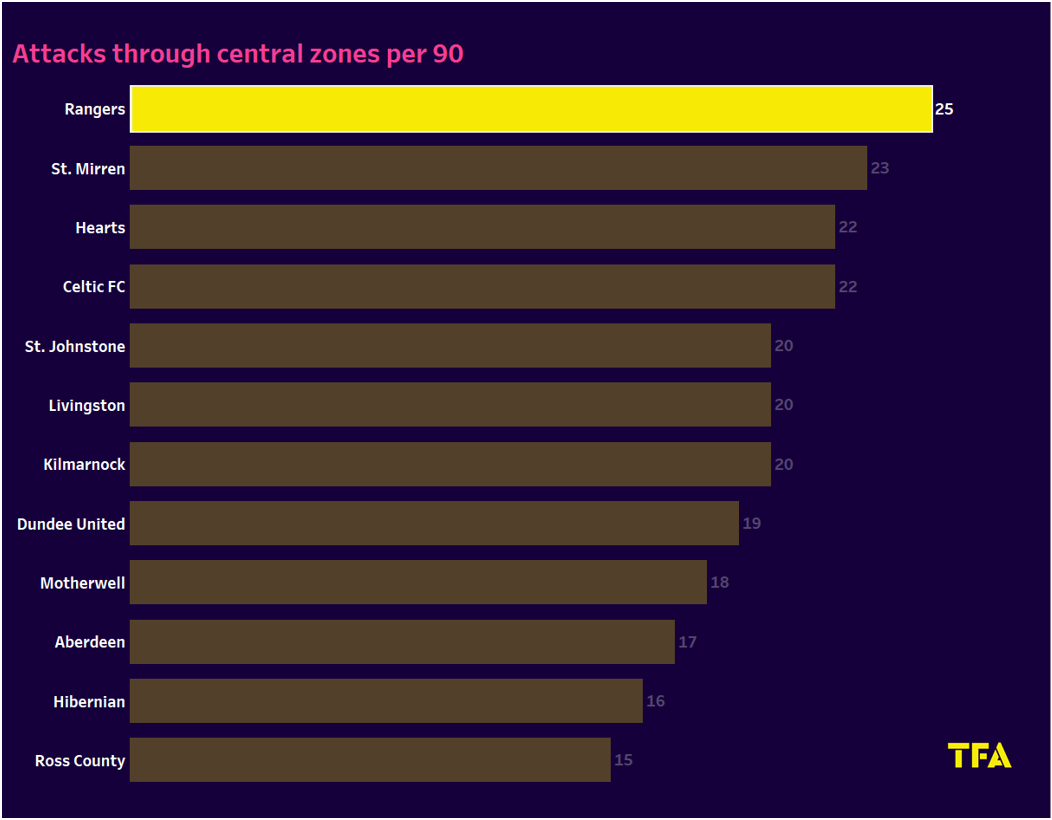 Rangers have a good chance of winning again. The Gers average 39.67 positional attacks per match. They will look to improve their goal difference. The above viz shows that Rangers have created the highest number of attacks from the centre. They also attack from the flanks, so Dundee United have to be sharp while defending. 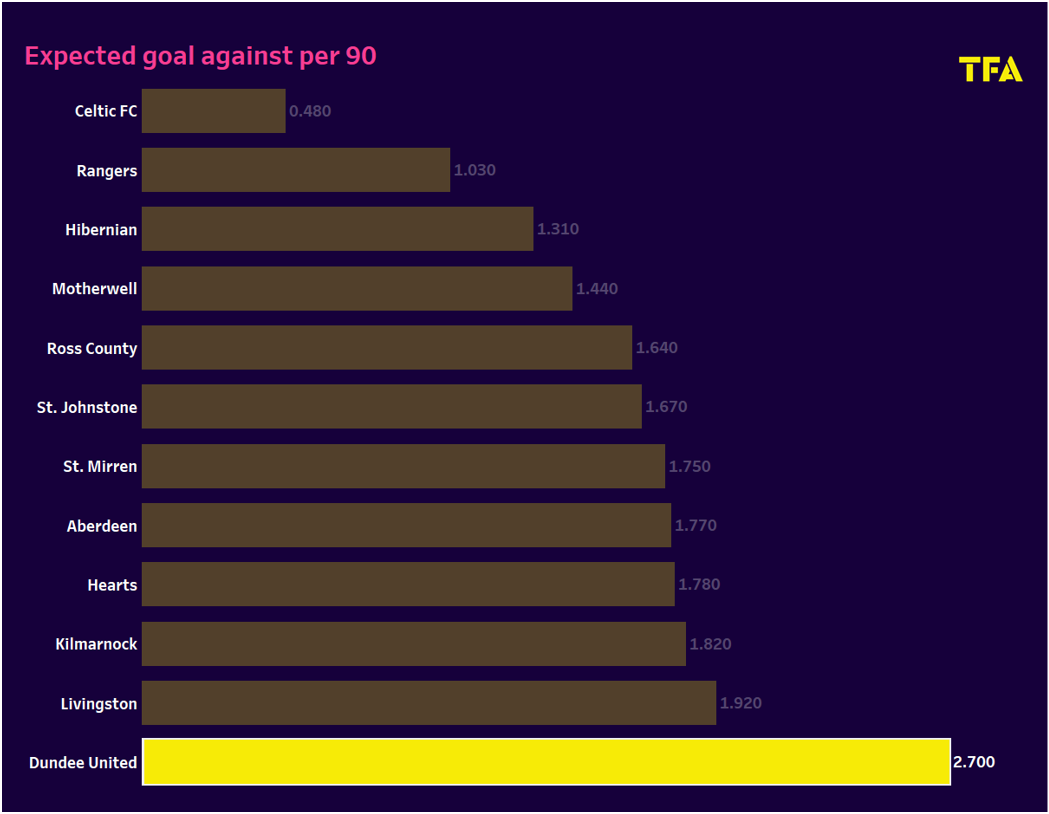 Dundee United’s defence has conceded the highest number of goals this season. They also have the highest xGA rate. They have given free space to opposition players to score goals. Rangers will look to capitalise on these opportunities and will look to end their poor run. 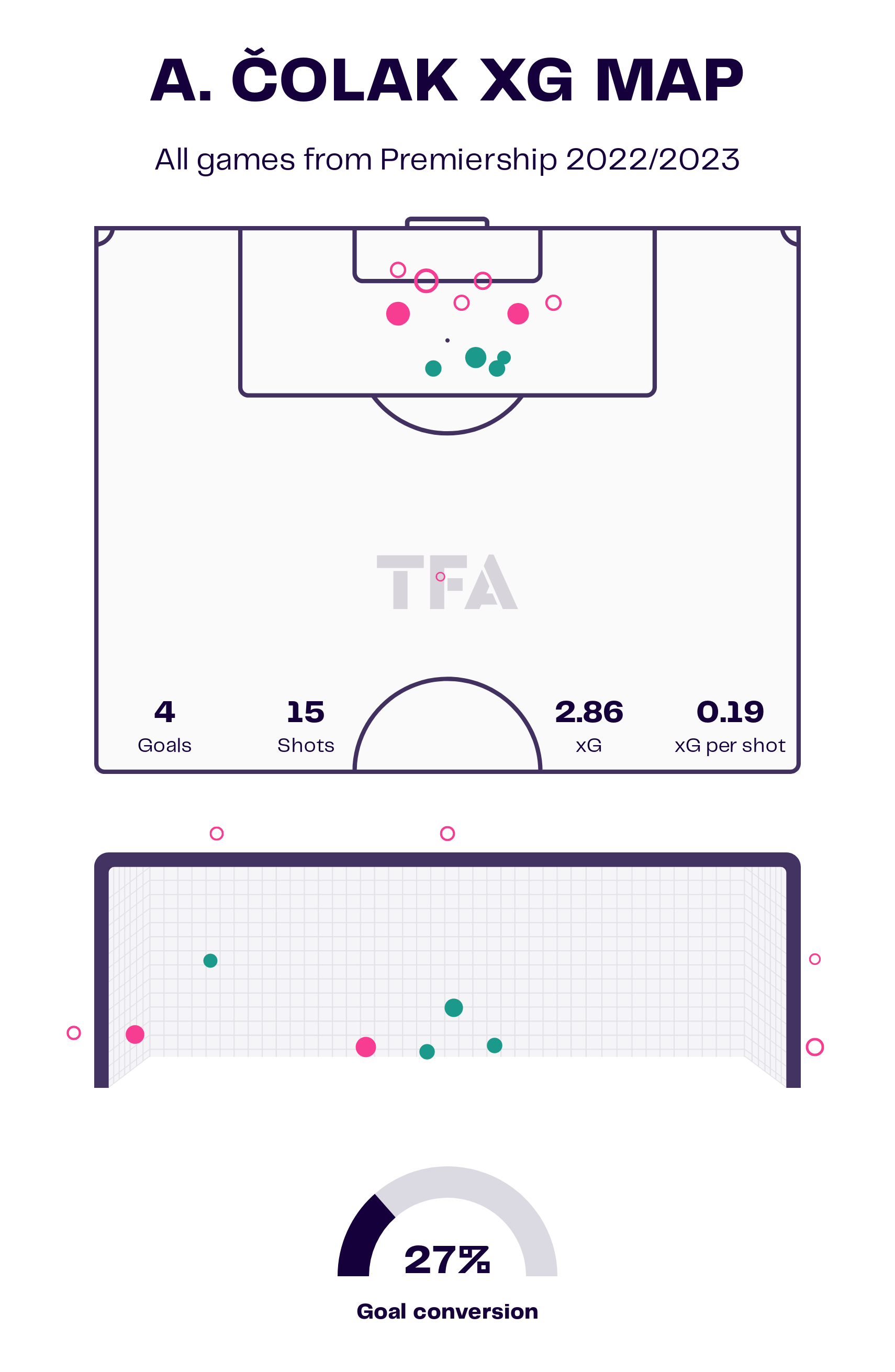 Antonio Colak will play a key role in this match. The striker was rested for the midweek fixture against Napoli. He is fresh and is searching for goals. The Turkish striker already has four goals to his name in his debut season for Rangers and will look to exploit Dundee United’s defence. 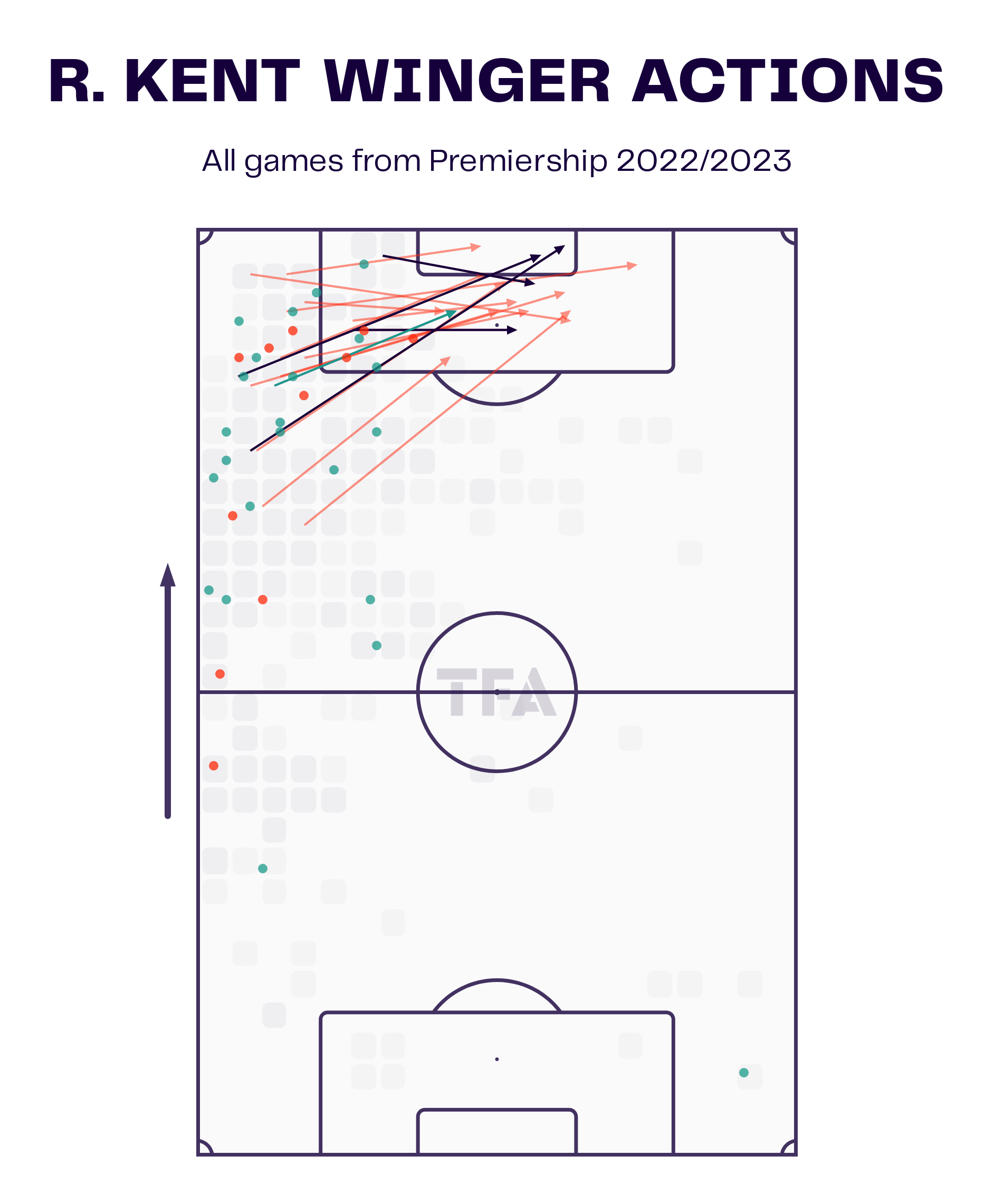 Ryan Kent will be the creative force for Rangers. The winger has three assists to his name and will look to add more in this match. The green dots in the above viz show successful dribbles, the black arrows show successful crosses, and the green arrows show assists from a cross. Ryan Kent has won a few dribbles in the attacking third and has also provided an assist with a cross. He will cause trouble for Dundee United’s defence.

Rangers have a fully fit squad and the manager is likely to make changes from their European defeat.

Peter Pawlett will be out of contention for this match. There are no fresh injury concerns in Dundee United’s camp.

Rangers have a chance to return to winning ways against the league strugglers. They have the better attacking and defensive stats. Dundee United have struggled to score goals and Rangers defence might have an easy day.