Rangers will look to go level on points at the top of the table when they face Celtic in the Scottish Premiership. Both teams are on a three-match winning streak, and with only seven matches remaining, this will be a crucial match in the title race. Rangers won the first meeting between the two teams but lost the previous match, which saw them slip to the second position in the league table.

The home team has won 22 out of the 31 matches played and lost only two matches. Rangers have drawn seven matches, and this is one of the main reasons why they are placed second in the table. Giovanni van Bronckhorst’s men have scored 62 goals and conceded 25. The xG rate of the team is 65.67. 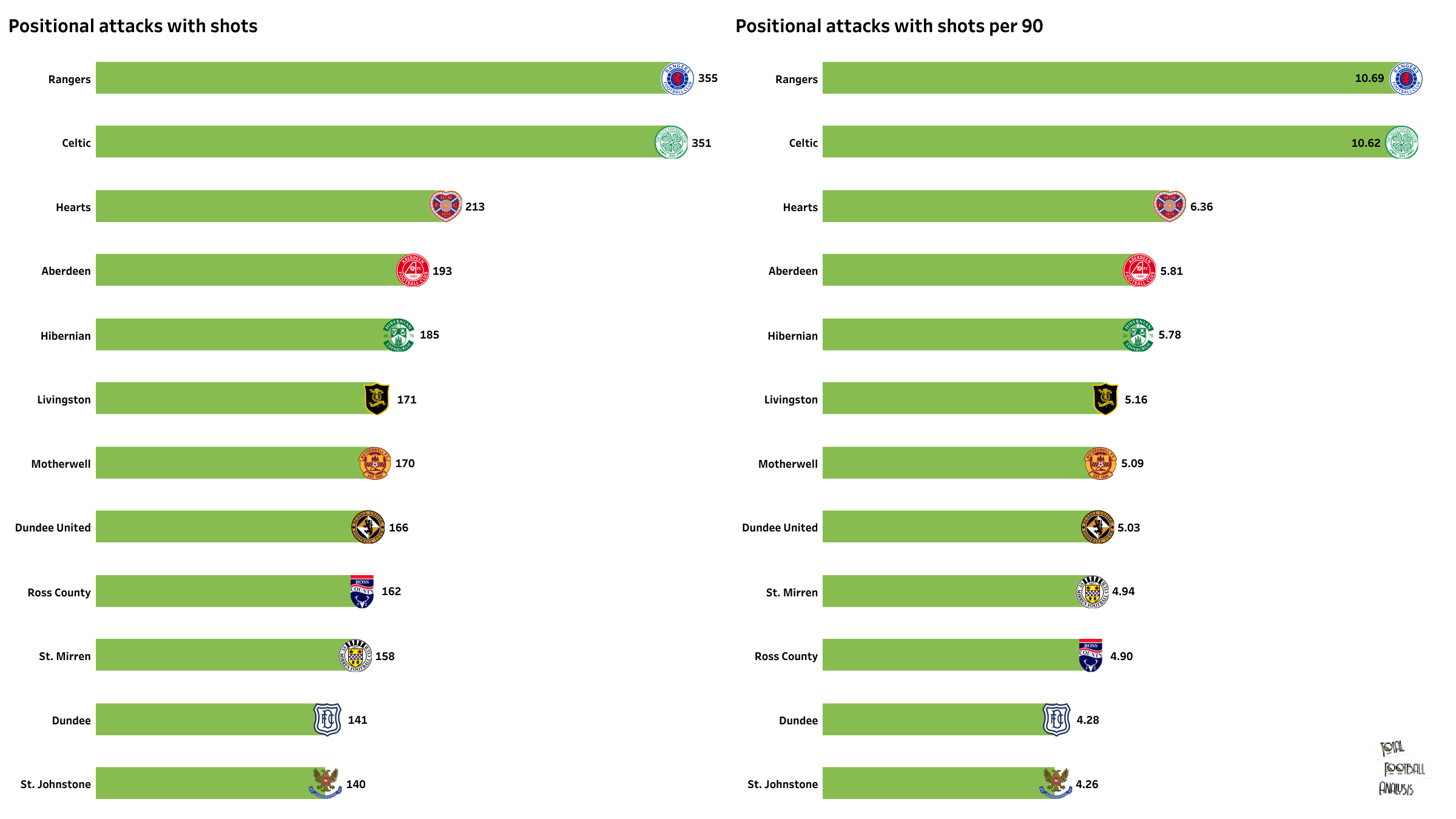 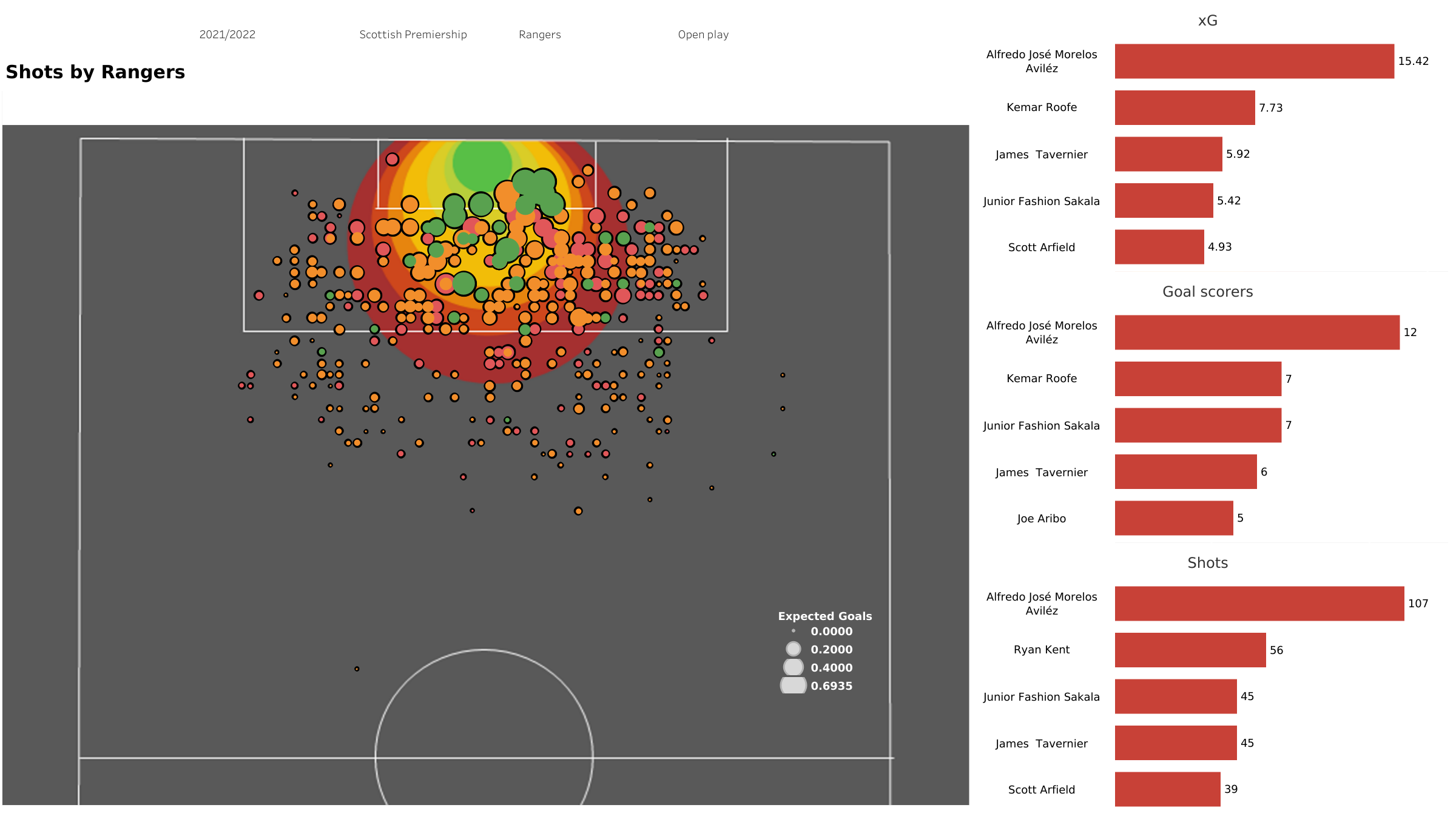 Alfredo Morelos has attempted the highest number of shots for the home team, but the forward remains doubtful after returning early from international duty due to an injury.

Celtic have won 24, drawn four, and lost three games this season. The league leaders have scored the most goals in the league. Their overall goal count this season has been 69, with a high xG rate of 75.85. In return, Celtic have conceded only 18 goals and have the best defense in the league. 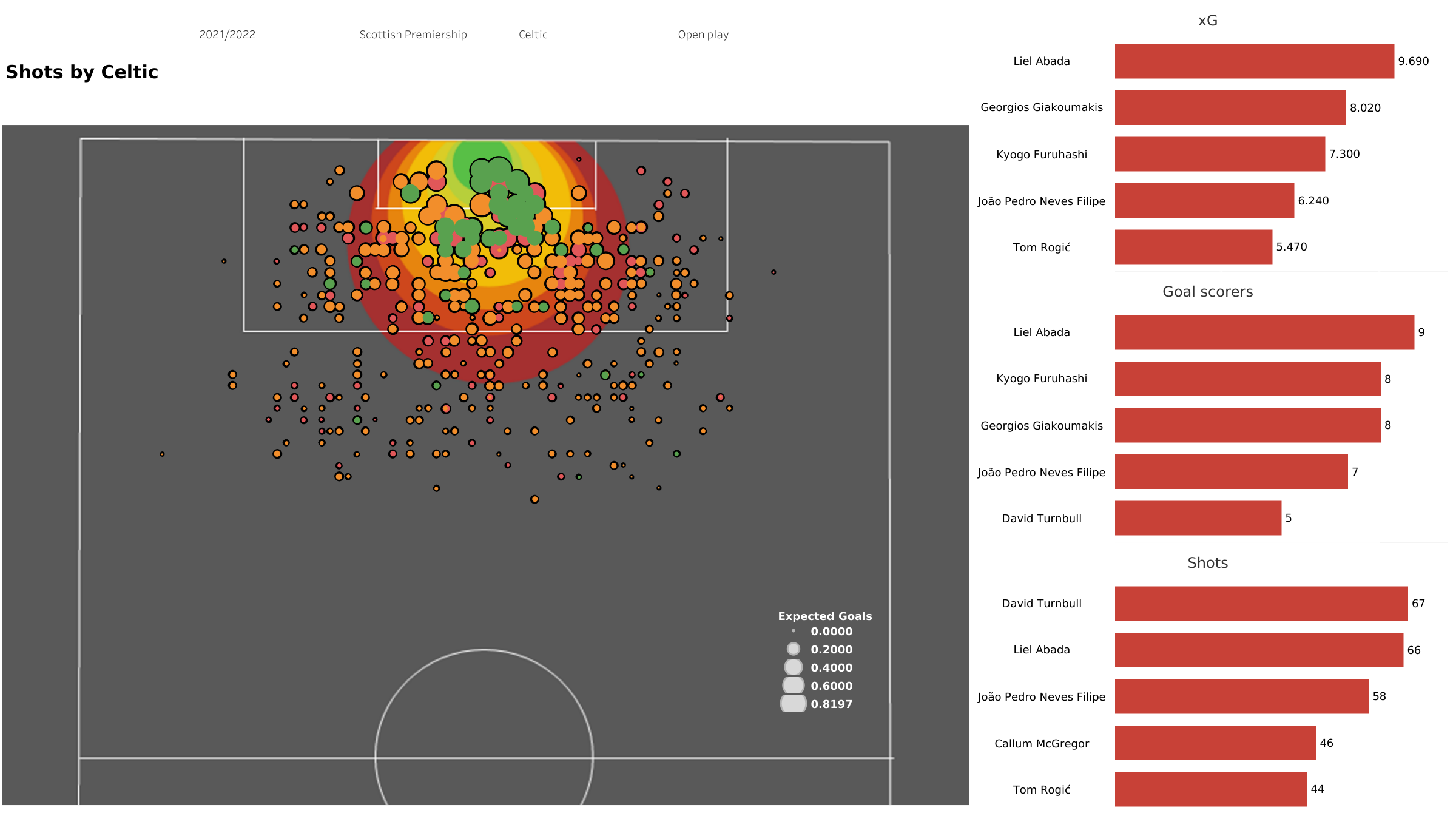 Celtic have attempted 605 shots and average 18.31 shots per 90 minutes. They have managed to hit the target 209 times. Of these 605 shots, 367 were attempted from inside the opposition’s penalty box, and 154 of them were on target. The above map shows that Celtic have also scored most of their goals from a similar area to where Rangers have scored theirs. Celtic players have managed to deliver more passes into the opposition’s 6-yard box and score more goals from inside that position. 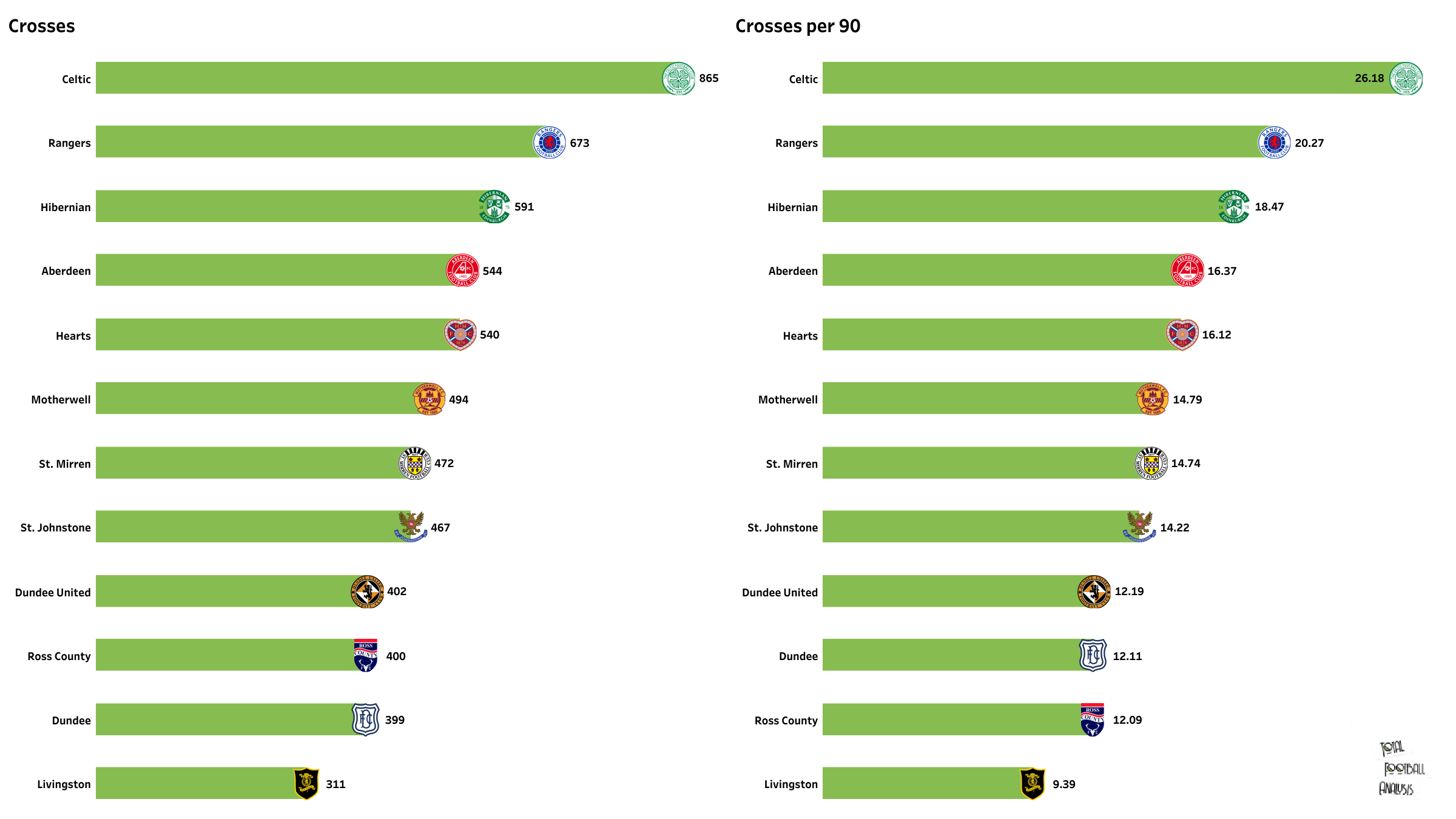 This is a crucial fixture in the title race as both teams look to take the momentum into the final stages of the competition. Rangers need to win this game if they want to catch the leaders, and it will be a tough job against the best side in the league so far this season.