Rangers will look to earn back-to-back victories when they host Aberdeen in the Scottish Premiership. Both teams recently featured in the midweek gameweek of the competition. Rangers defeated St. Johnstone in their match, and Aberdeen lost their match against Hearts. The home team are at the top end of the table, and their opponents are struggling for points and remain in the bottom half of the table.

Rangers completed their 20th victory of the season against St. Johnstone and have only lost two out of the 29 games played this season. They are the second-highest goalscorers in the league, with 59 goals and an xG rate of 59.06. In return, they have conceded 24 goals with an xGA of 21.7. 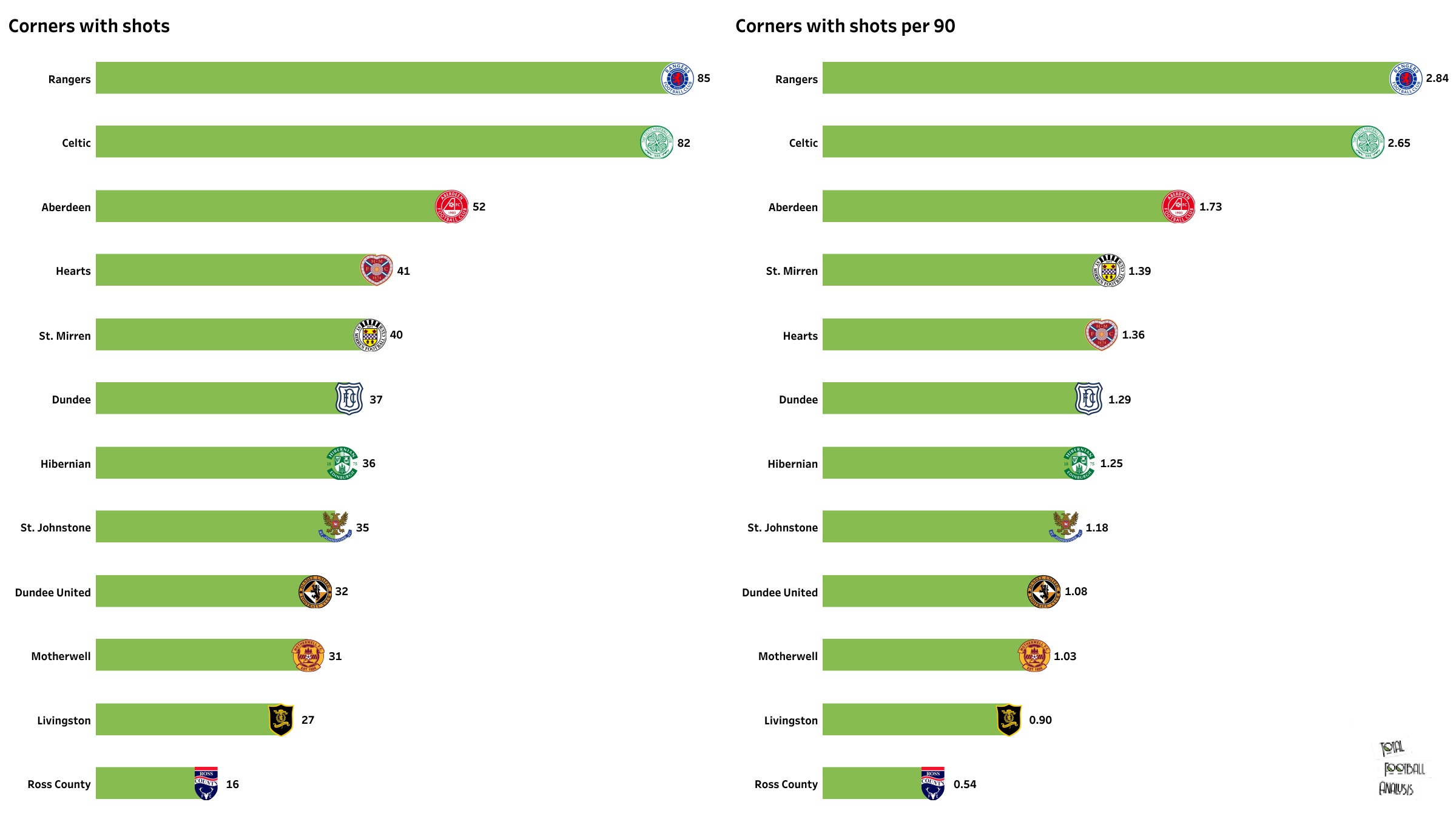 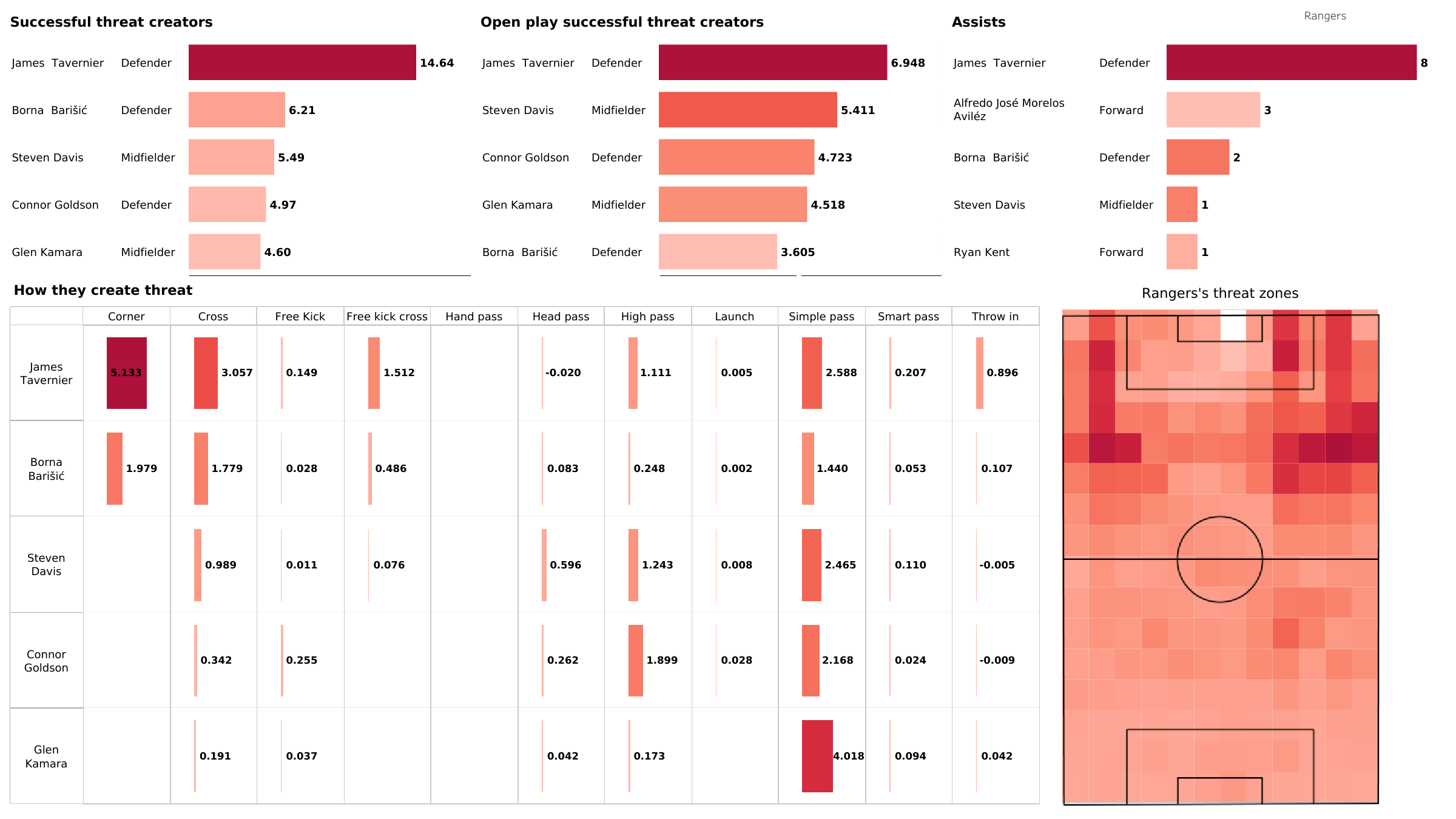 Rangers’ threat creation zones have been towards the wider sides, with full-backs being the most successful threat creators. James Tavernier has already provided 11 assists this season and is the highest threat creator of passes for his team. He is effective with his set-pieces, especially corners. Other than this, Rangers’ wide players also create a lot of threats in the match.

Rangers will be without Aaron Ramsey, Ryan Jack, Amad Diallo, Steven Davies, and a few others who missed the midweek match. Alfredo Morelos has 12 goals and will look to increase his tally. 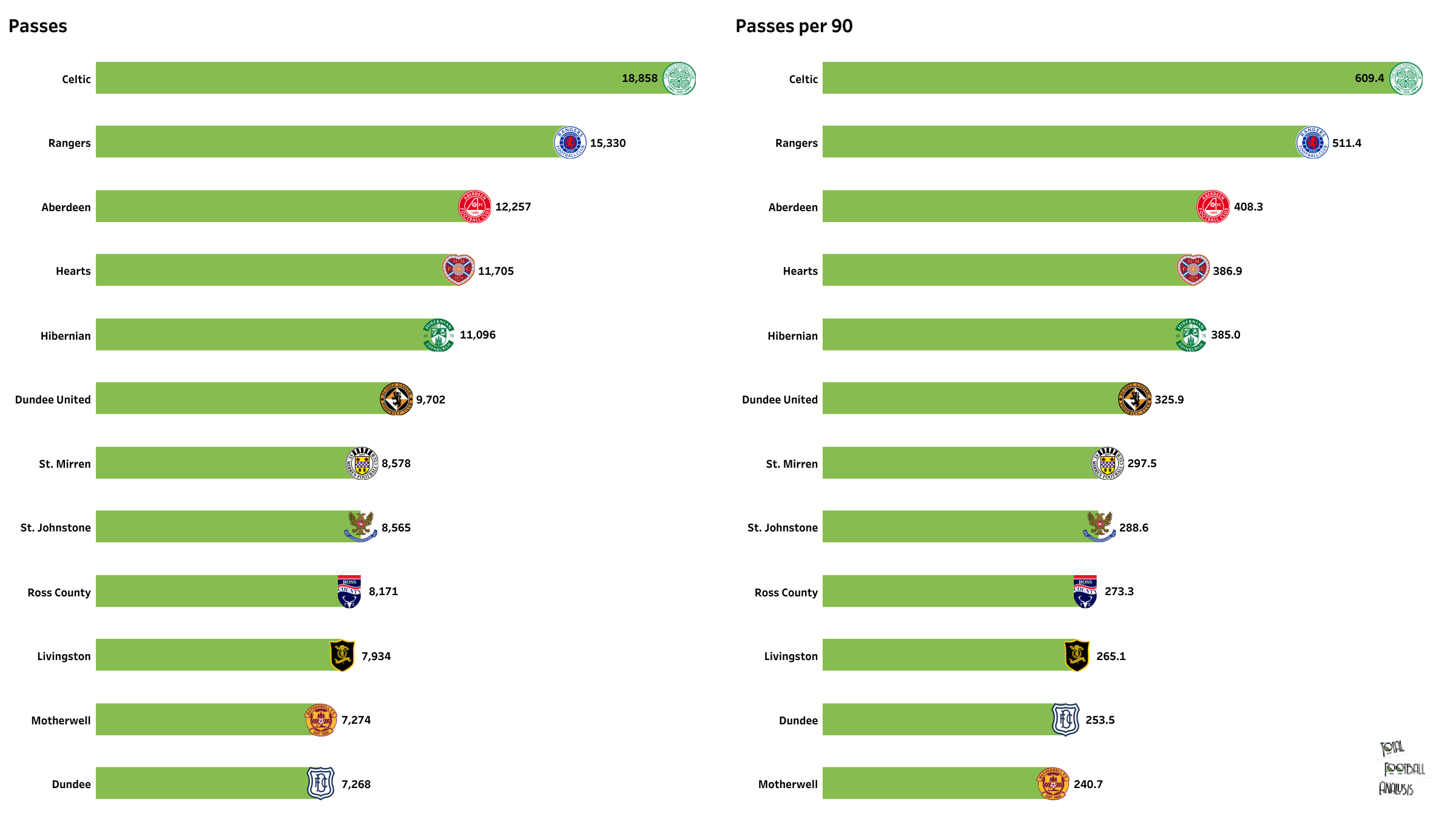 Aberdeen continue to struggle this season and have recently lost their 13th game this season. The Dons won eight and drew the other eight out of the 29 games played this season. A total of 33 goals have been scored, with an xG of 34. They have conceded 37 goals. Aberdeen love to keep possession of the ball and have attempted fewer passes than the top two teams in the league. The Dons average more than 400 passes per 90 minutes. Of these passes, 565 have been attempted inside the opposition’s penalty box and 243 have been successful. 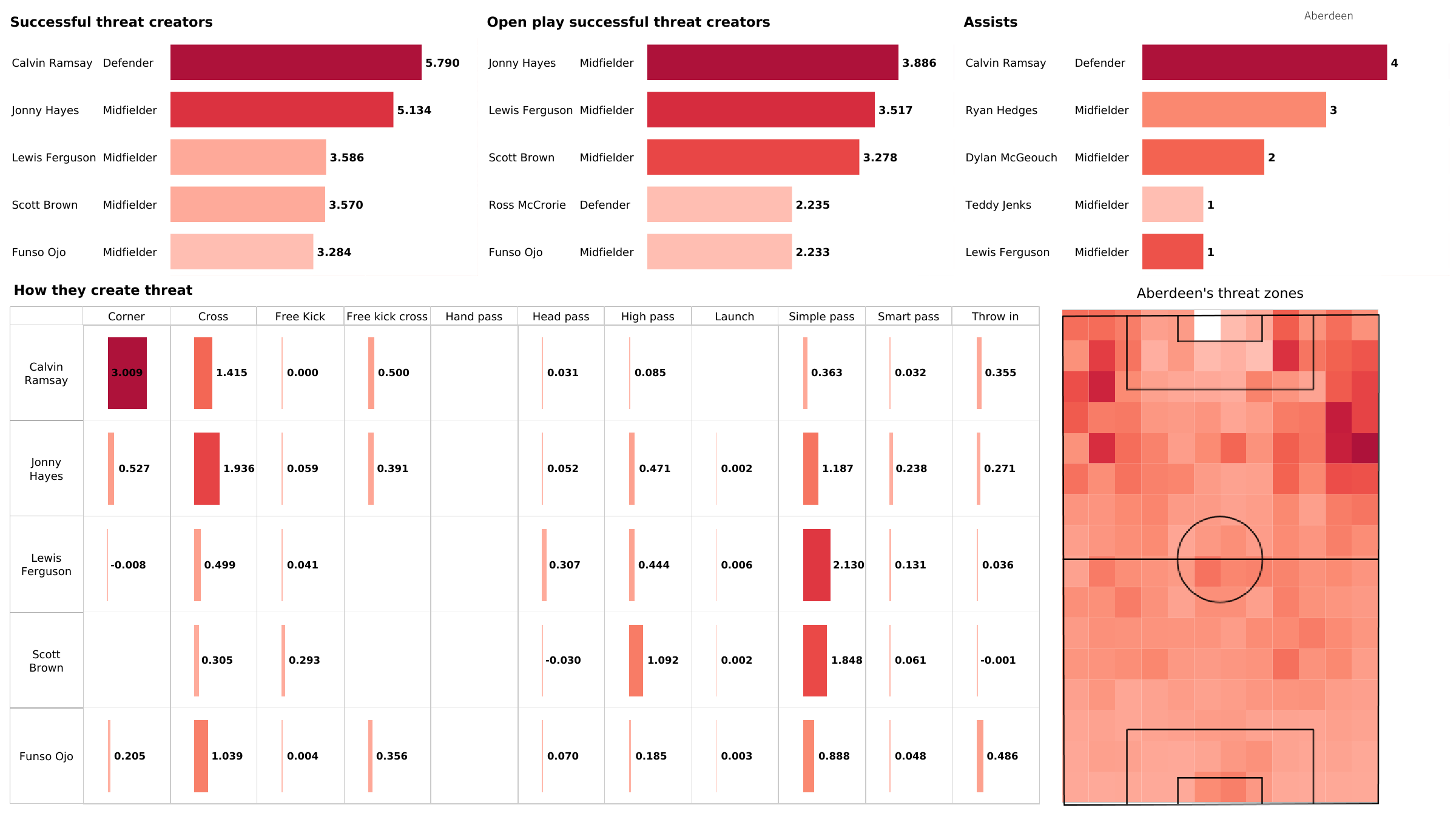 Aberdeen players have also created more threats from the wider sides, especially the right. They have similar creative zones like Rangers and Aberdeen’s right-back, Calvin Ramsay, is the most successful threat creator for his side. He is unlikely to feature having missed the last few games.

Matty Kennedy and Johnny Hayes remain doubtful after withdrawing from the last match due to injury. Calvin Ramsay and Ross McCrorie haven’t featured in the last three games, and they are also expected to remain sidelined.

Rangers were held to a draw by the same opponents two times this season. In the first meeting at the same ground, both teams played out a 2-2 draw, and in the reverse fixture, the match ended in a scoreline of 1-1. The defending champions cannot afford to drop points at this point of the season and will look for three points against a struggling opponent.