The Scottish Premiership gets underway after the international break when Hearts host Rangers in round nine of the competition. Both teams finished in the top three last season, and they have started this season in the same way. They have a similar record in the last three games, with two wins and a loss. The last four meetings between the two teams have ended in favour of Rangers.

Hearts have started the season with four wins, one draw, and two losses. The hosts have scored 13 goals this season with an average xG rate of 1.44. Their defence has leaked eight goals, and the average xGA rate is 1.83.

Rangers have managed to win five games, drew against Hibernian and have suffered a defeat against Celtic. Giovanni van Bornckhorst’s men have netted 16 goals, but the defence has leaked eight goals. Their average xG rate is 1.92, and the xGA rate is 0.82.

Hearts on the counter 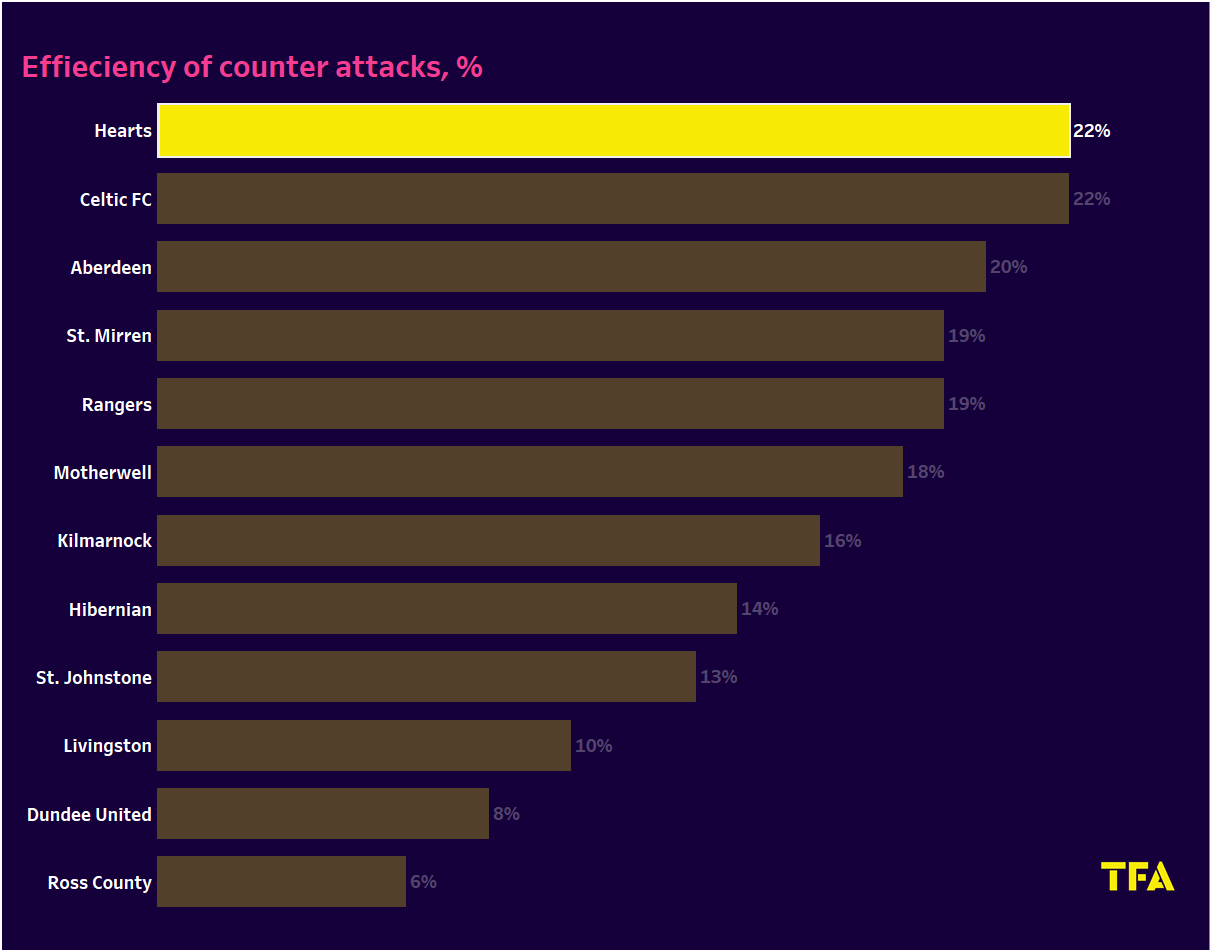 Hearts average 28.14 positional attacks per match and have attempted shots 28.9% of the time. Rangers are likely to dominate possession in this match, and this means that Hearts have to rely a bit upon counterattacks. They average 1.3 counterattacks per match and have the highest efficiency among other teams in the Scottish Premiership. They will look to hit Rangers on the break and score against an unsettled defence.

Rangers’ threat from the centre 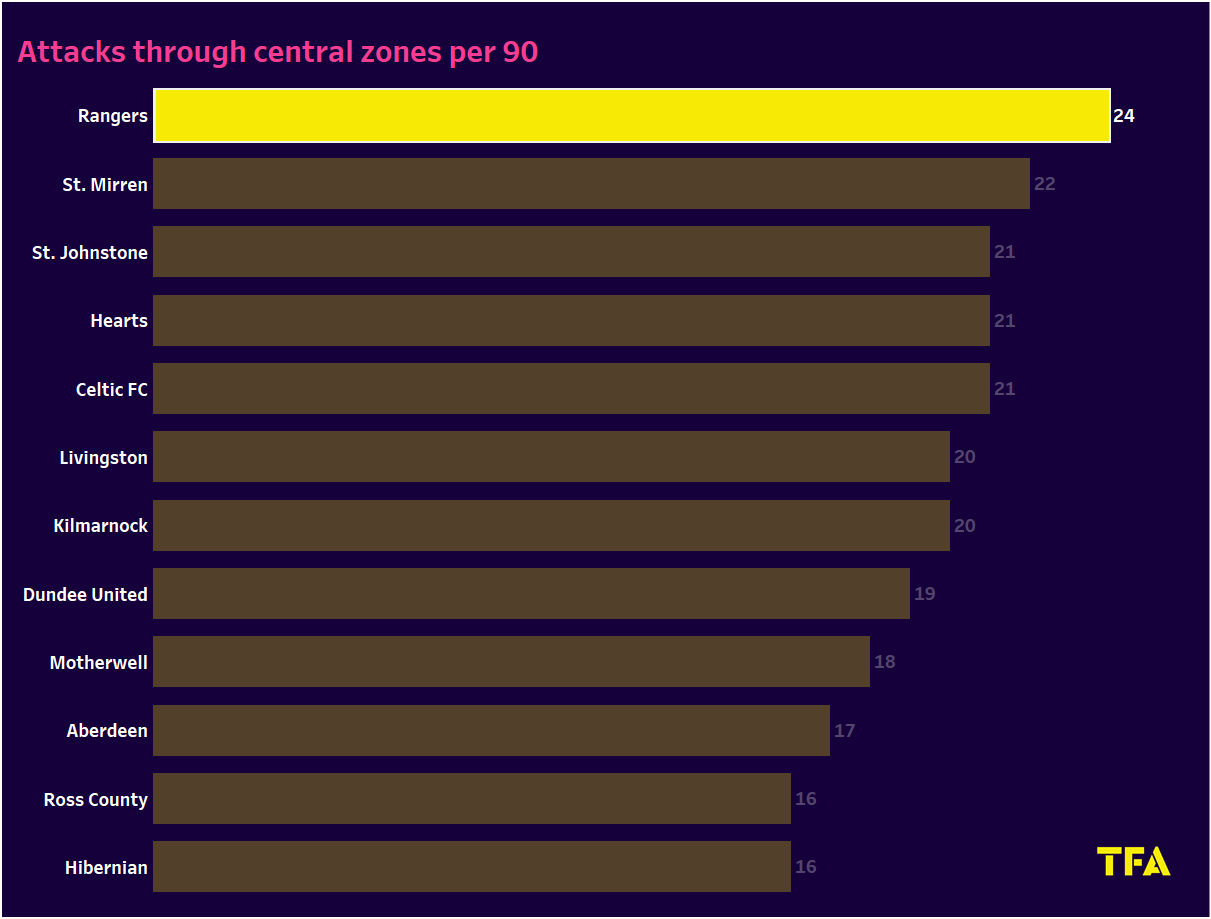 Rangers average 40.86 positional attacks per match and have attempted shots 25.9% of the time. They create more counterattacks than their opponents and average 2.3 attacks per game. Rangers have created a lot of chances from the centre and are ranked at the top amongst other teams. However, their wide players are also capable of creating and scoring goals. This will be a concern for the opposition. 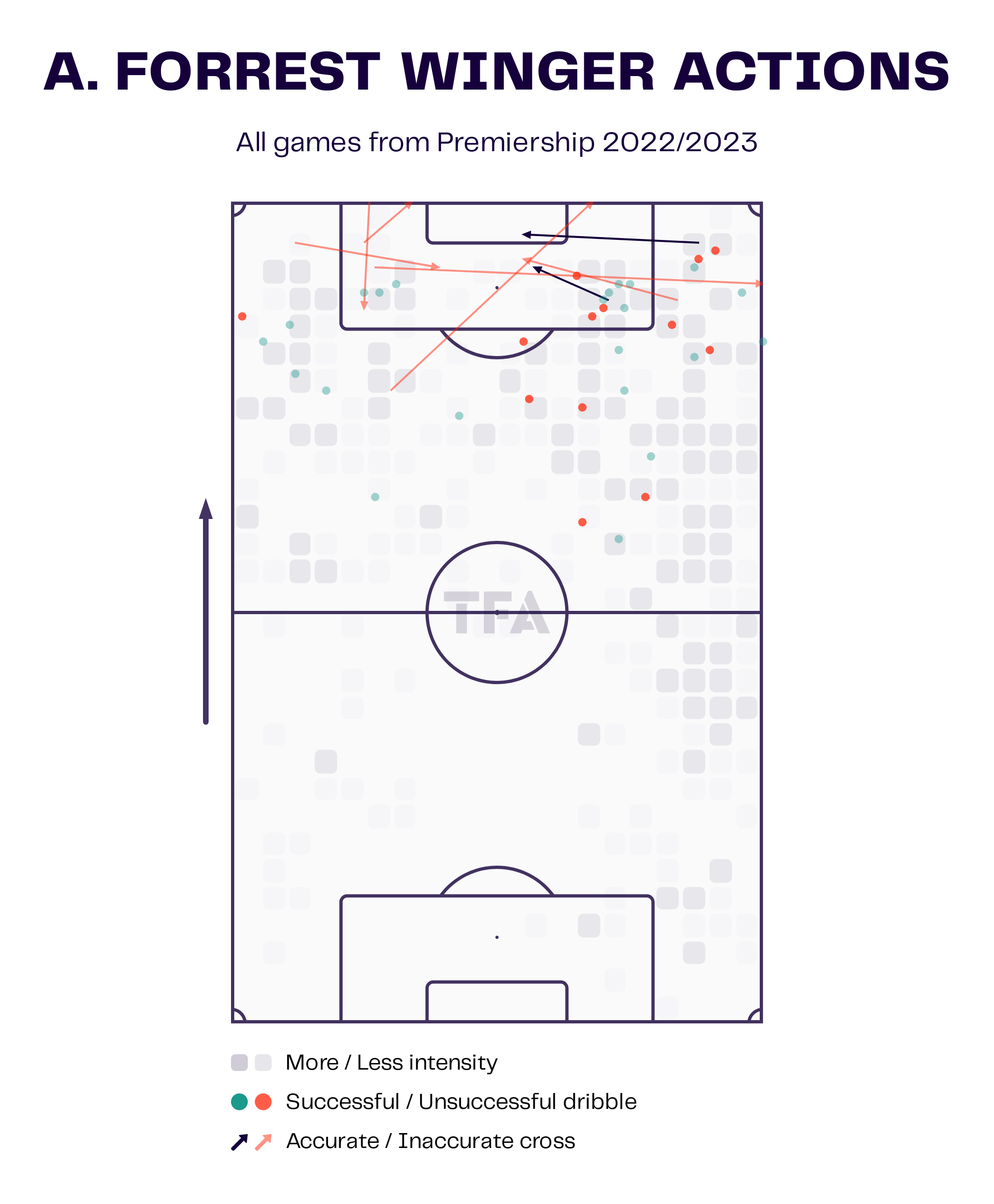 Lawrence Shankland will lead the line for Hearts. He is their highest goalscorer for them in the league with four goals and also has two assists to his name. However, the key player for them will be their attacking midfielder, Alan Forrest. He has scored three goals for Hearts this season and will be the main creative force. The player has troubled the opposition from both wings and will look to exploit Rangers’ weaknesses in this match. 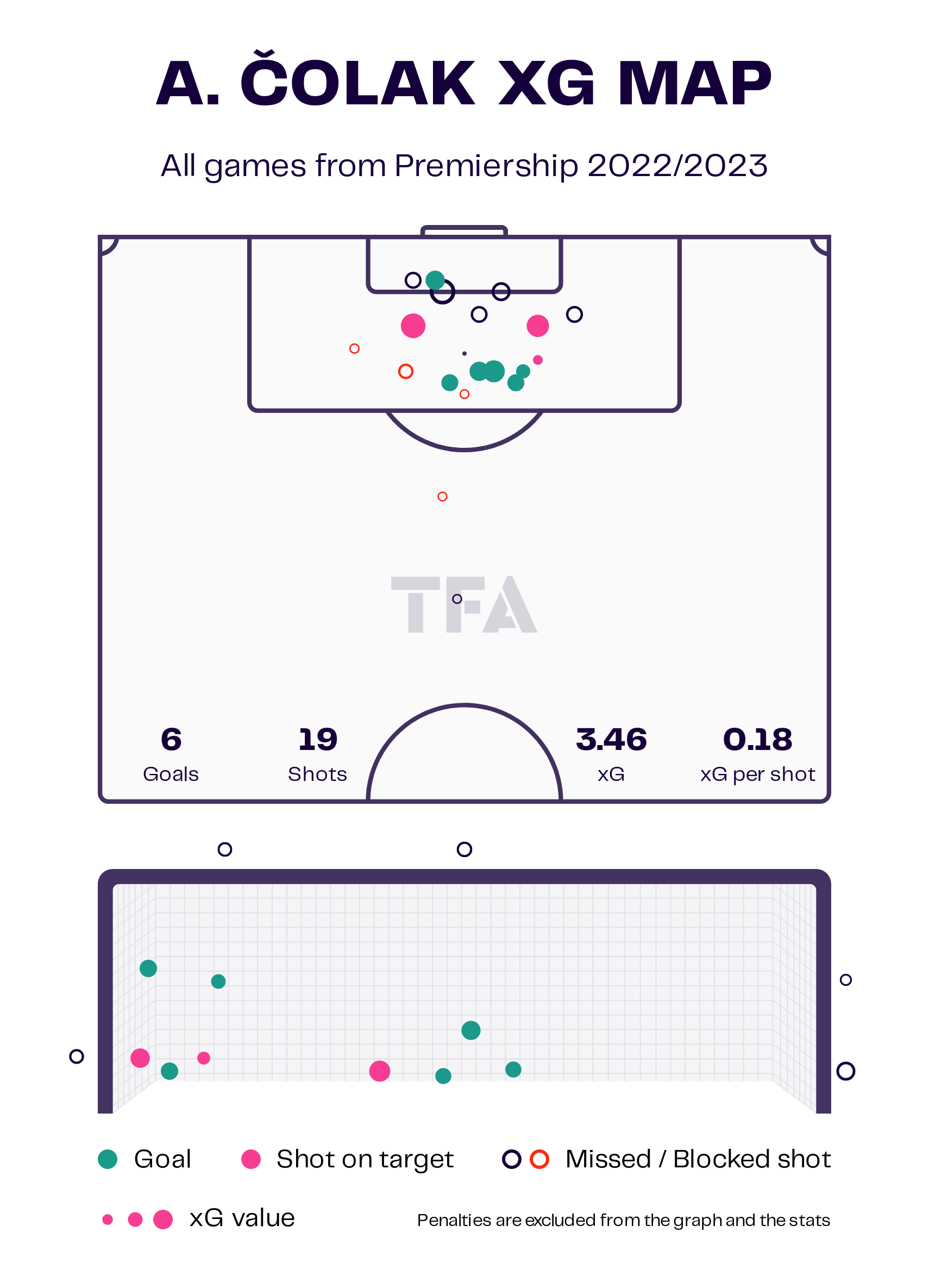 Rangers’ top goalscorer in the league, Antonio Colak, will be the main threat for Hearts’ defence. The striker has netted six goals, with two coming before the international break. He is the main threat in their attack and will look to reach double figures as soon as possible.

Rangers have an injury crisis in defence. John Souttar and Filip Helander are the two absentees, alongside Leon King, who got injured during international duty for the Scotland U-21 team. Tom Lawrence will be in contention to spend some minutes on the pitch, while Kemar Roofe is also expected to make it to the bench after a lengthy spell out with injury.

Both teams will look for back-to-back wins and put pressure on Scottish Premiership leaders Celtic. Rangers will have the advantage as they have performed better than their opponents this season. The Gers will also be playing their UEFA Champions League tie against Liverpool in the midfield. Giovanni van Bronckhorst’s side will look to secure the victory as soon as possible and rest some of his key players for the midweek fixture.