Rangers will look to earn their third victory in a row when they take on bottom of the table side Dundee in the Scottish Premiership. The defending champions will look to pressure Celtic by gaining three points against a weaker opponent. Both teams meet each other for the third time this season, with Rangers winning the previous two fixtures 3-0 and 1-0, respectively. Giovanni van Bronckhorst’s men will be high on confidence after their recent qualification to the final eight of the UEFA Europa League.

Dundee sit at the bottom of the Scottish Premiership table with five wins, eight draws, and 17 losses this season. They have managed to find the back of the net on 24 occasions, with an xG rate of 23.81. Dundee have the worst defense in the league and have conceded 51 goals. 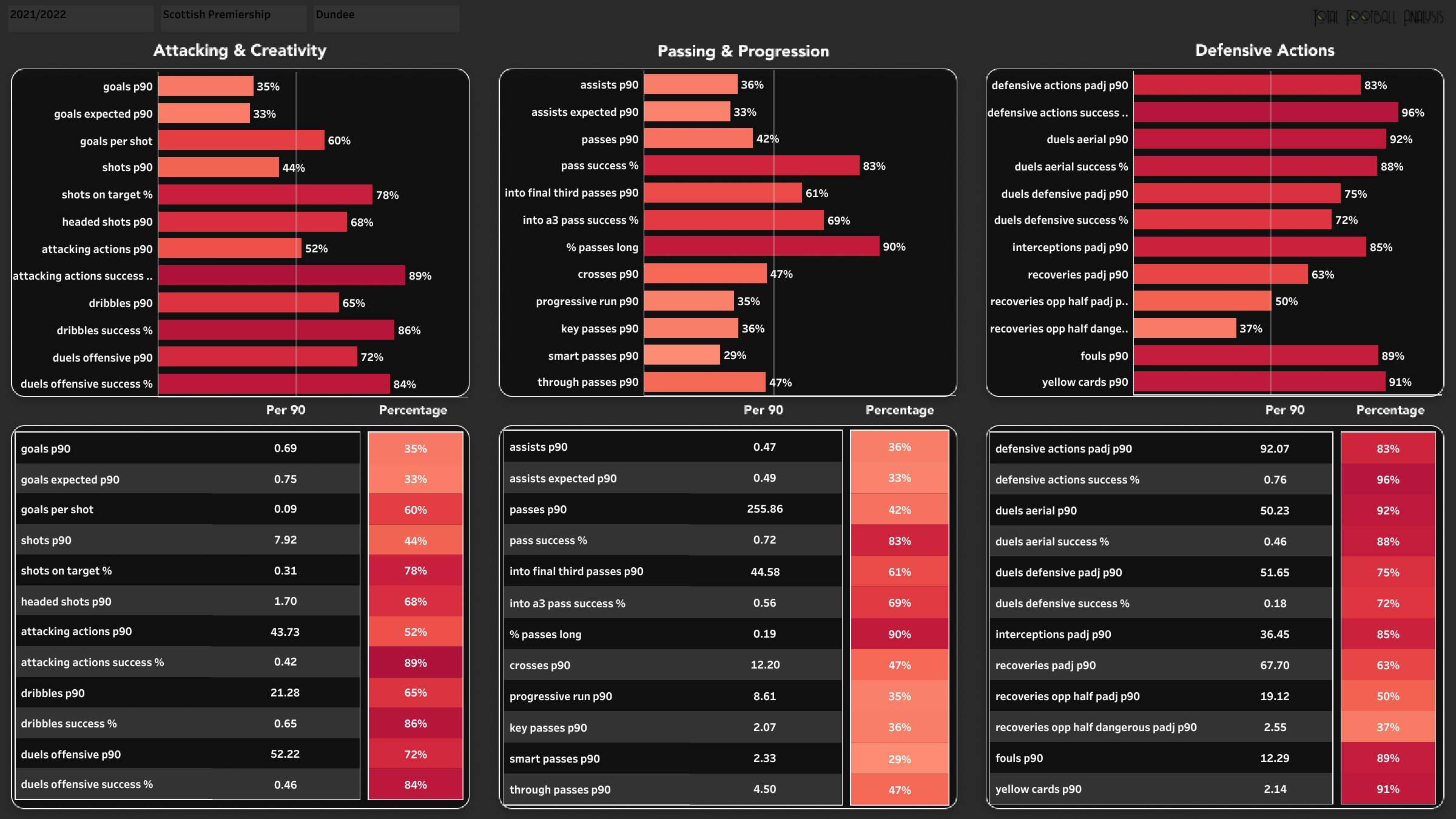 When looking at the above chart, the general rule is that the longer the bar, the better the performance — you can see the league average in the middle, and the % is the percentile rank the player is in. The attacking and creativity charts, along with the passing and progression charts, show that Dundee have failed to create attacks and have attempted fewer passes than their opponents. They have a low percentile rank amongst all the other teams, leaving them at the bottom of the table. Defensively, they are strong in the air and have won most of their aerial duels. 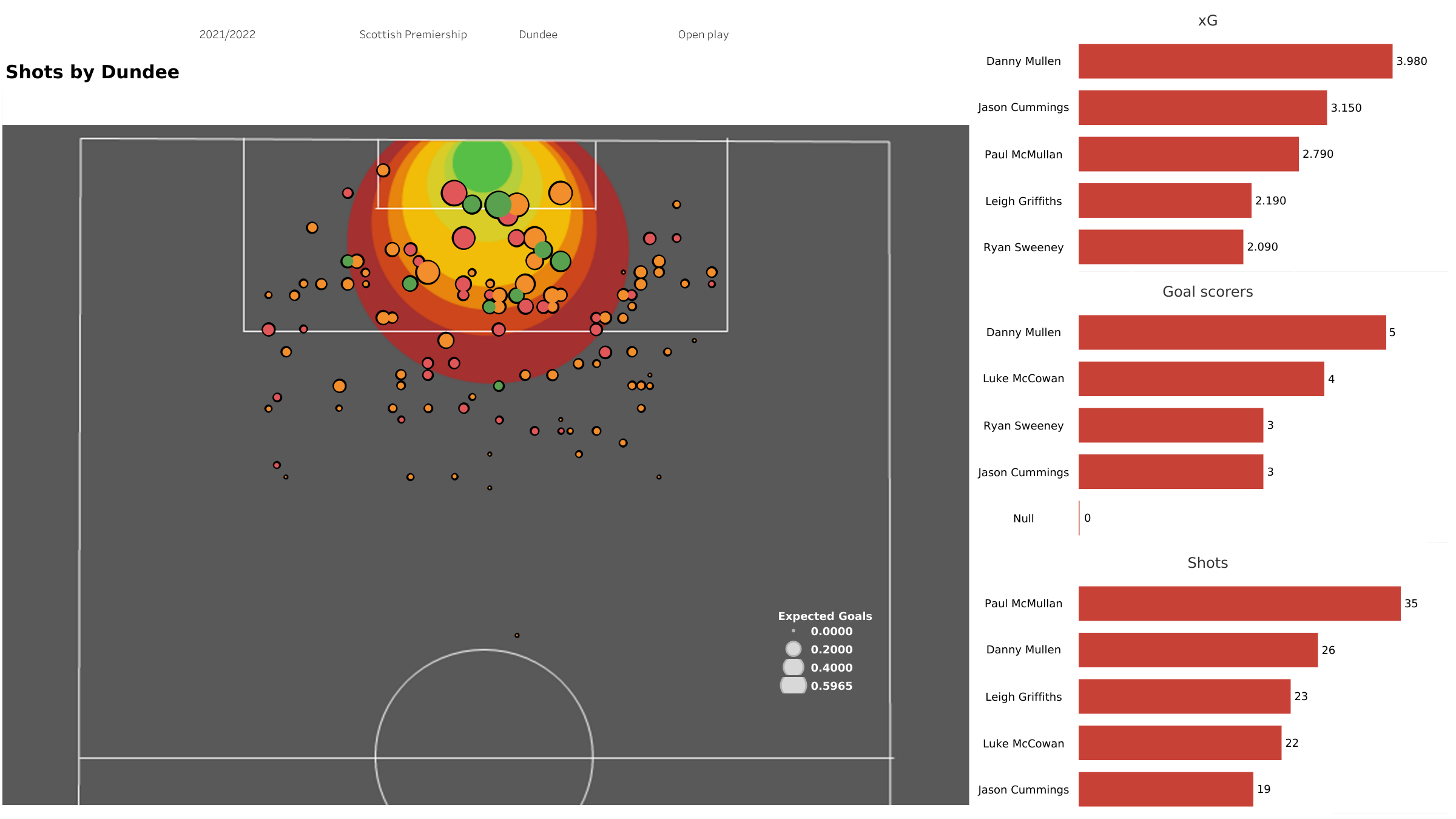 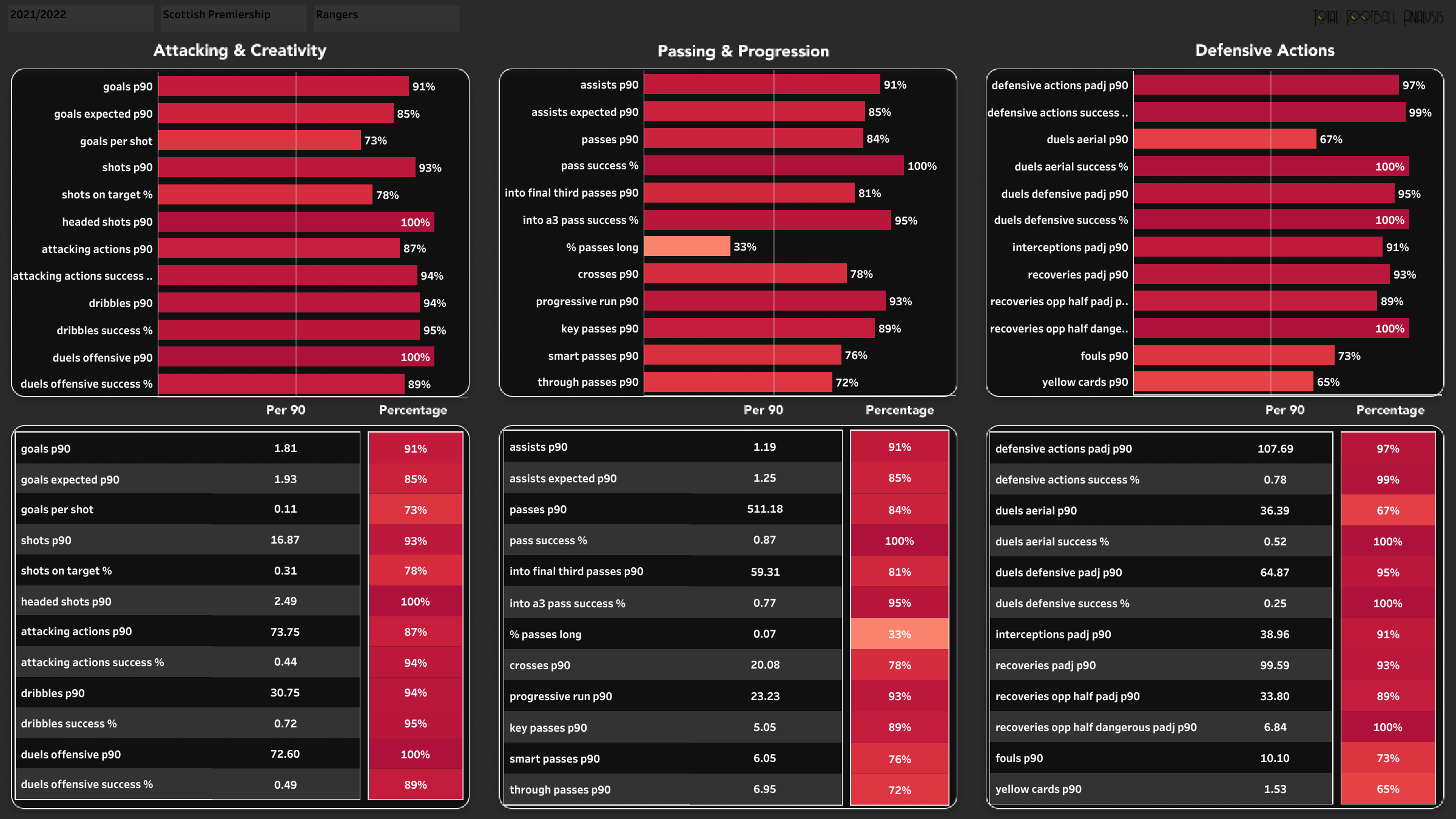 Rangers, on the other hand, have won 21, drawn seven, and lost only two matches this season. They are one of the top performers in the league, along with Celtic. Rangers have scored on 60 occasions and have an xG rate of 61.99. The away team has conceded 24 goals with a low xGA of 21.83. The above graph shows that the Rangers have a very high percentile rank in comparison to the other teams in the league. They have the best headed shots per 90 rate, along with the highest pass accuracy rate. Defensively, the team has a high success rate and has made the highest number of dangerous recoveries inside the opposition’s half. 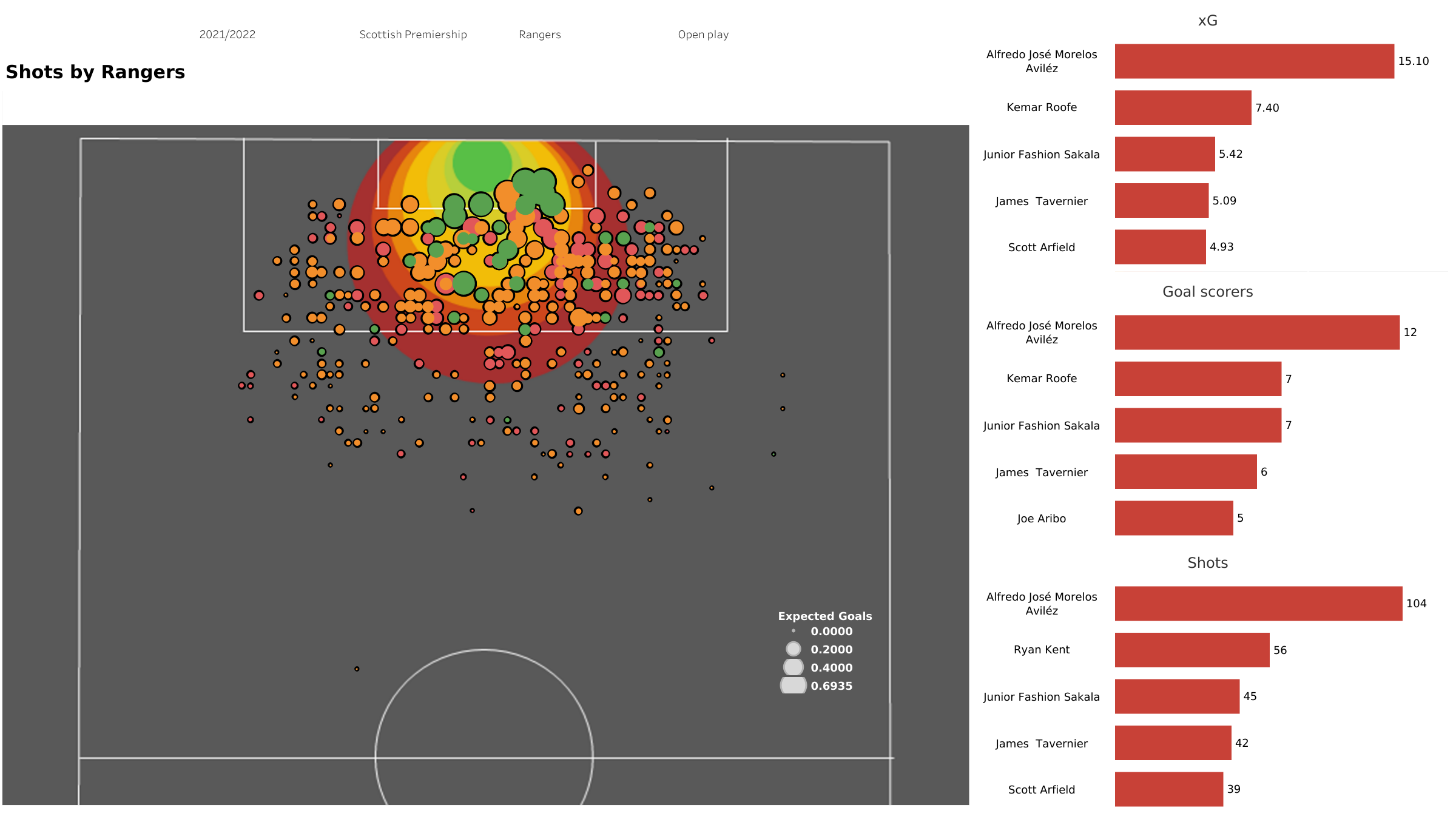 Rangers have attempted 541 shots, 346 of them from inside the oppositio’sn penalty box. They have managed to hit the target on 189 occasions and 133 times from inside the opposition’s penalty box. When it comes to shots from open play, Rangers have the exact opposite stats as their opponents. The defending champions have scored a lot of goals from right in front of the goal. Alfredo Morelos is their top goalscorer and has attempted the highest number of shots.

Rangers will go into the game as heavy favorites to win all three points against a relegation-threatened opponent. They will look to earn another victory that would put pressure on the league leaders.