The opening fixture of gameweek six of the Scottish Premiership 2022/23 season will witness the first Old Firm Derby of the season. Celtic will play host to their arch-rivals, Rangers. The home team has already taken a two-point advantage in the league and will hope to extend the lead to five points. Rangers, on the other hand, will try to beat Celtic and lead them by one point.

Celtic are the only team with a 100% record in the league this season. They have continued their form from last season and have scored 21 goals, including nine from the last game. The Celts have a high average xG rate of 3.23. In return, their defence has only conceded one goal. This match will be the biggest test for the defending champions.

Rangers are unbeaten in the league but have drawn one of their games and that has dropped them to the second position. The Gers have scored 14 goals with an xG rate of 2.22. Their defence has conceded three goals.

Let us look at some of the stats that show what could happen in the match. 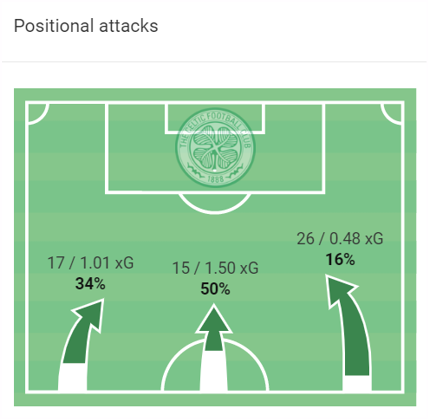 Celtic have played a very attacking style of football this season. Their xG rate is high, and the average rate of goals per game is 4.2. When it comes to positional attacks, the Celts average 43.4 attacks per game and attempt around 15 shots per game. They prefer to attack from the wings, and both their wingers have contributed in one game or the other. In the last match, they created most of their chances from the right, but the highest xG was generated from shots attempted from the centre. 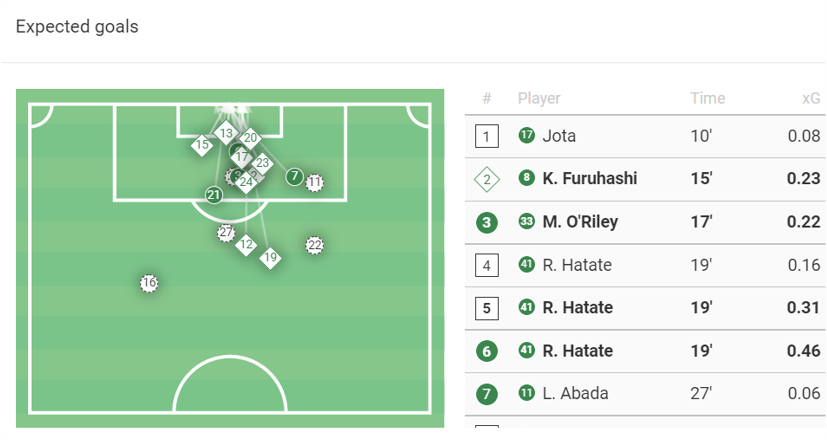 Adding to these positional attacks, Celtic average 21.4 shots per match with a high accuracy rate of 44.9%. They like to penetrate the opposition’s penalty box, as shown in the above viz. They attempt most of the chances from the centre. Rangers’ centre-back will have a tough day in the office.

Celtic have only conceded one goal this season, and their defence has played a major role in it. They have won 61% of their defensive duels and 50% of their aerial duels. Adding to this, the recovery rate is also high at 86.6 recoveries per match, and they average 33.8 interceptions per match.

Rangers have won 57.6% of defensive battles and 44% of aerial battles. Their recovery rate is 86.4, and they average 27.4 interceptions per match. This shows that Celtic have better stats and will be a team to beat in this match. 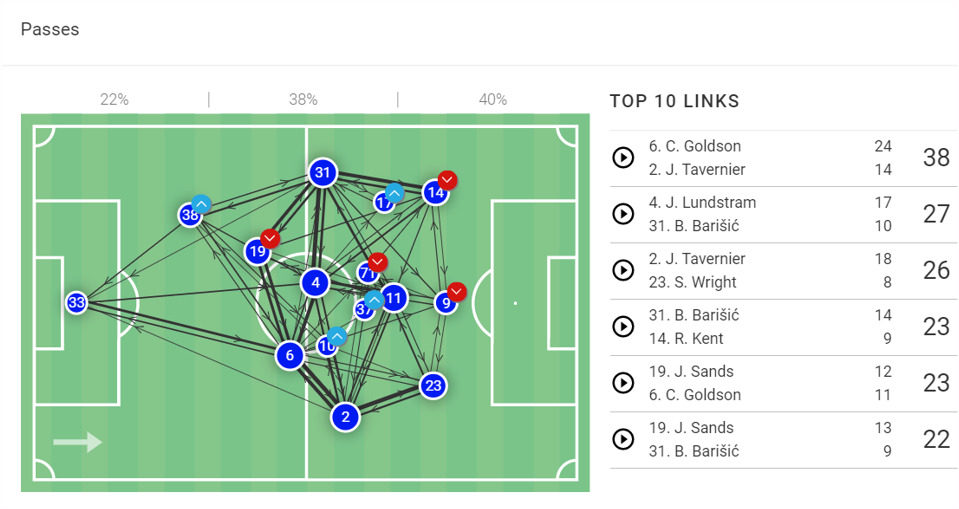 Rangers’ strikers need to find a solution to break down Celtic’s defence. It is not an impossible task for the Gers, knowing the quality of their players. In the last match, Rangers played in a 4-1-2-3 formation. The above viz shows the average positions of the players, and it can be observed that Tillman and Lawrence played behind the front three. In this match, they might go with Glen Kamara, who has more experience of playing in the Derby. Rangers also have a high average of 42.4 positional attacks and 18 shots per match with a 37% accuracy rate. They will try to beat Celtic’s defence and take three points away from home.

The home team has no injury concerns, and the manager has plenty of options to choose from. He is likely to stick with the same team for this match.

Rangers are still without John Souttar and Ben Davies in defence. This means that Connor Goldson will defend the goal alongside James Sands.

Celtic are the favourites to win this match. They have the home advantage and have been a better attacking and defensive side. However, they haven’t faced a team who are at the level of the Rangers and have taken three points from this game.