Defending Scottish Premiership champions Rangers are in pursuit of signing a right-winger or a right forward. Ianis Hagi used to play in that role under Steven Gerrard, but he wasn’t able to create threats from that side. Giovanni van Bronckhorst has made some substitutions in recent games, and striker Scott Wright has played on the right side.

Scott Wright has featured in 13 league games for the Rangers this season. He started in five matches and came on as a substitute in the other eight games. The forward has scored two goals, and one goal was scored before the winter break.

The above viz is the heatmap of Scott Wright in the last three matches. He has spent 207 minutes on the pitch and scored a goal. The player has tried to get inside the box and has taken nine touches inside the opposition’s penalty area. From the viz, we can observe that Wright likes to go wide and make full use of the area available to him. 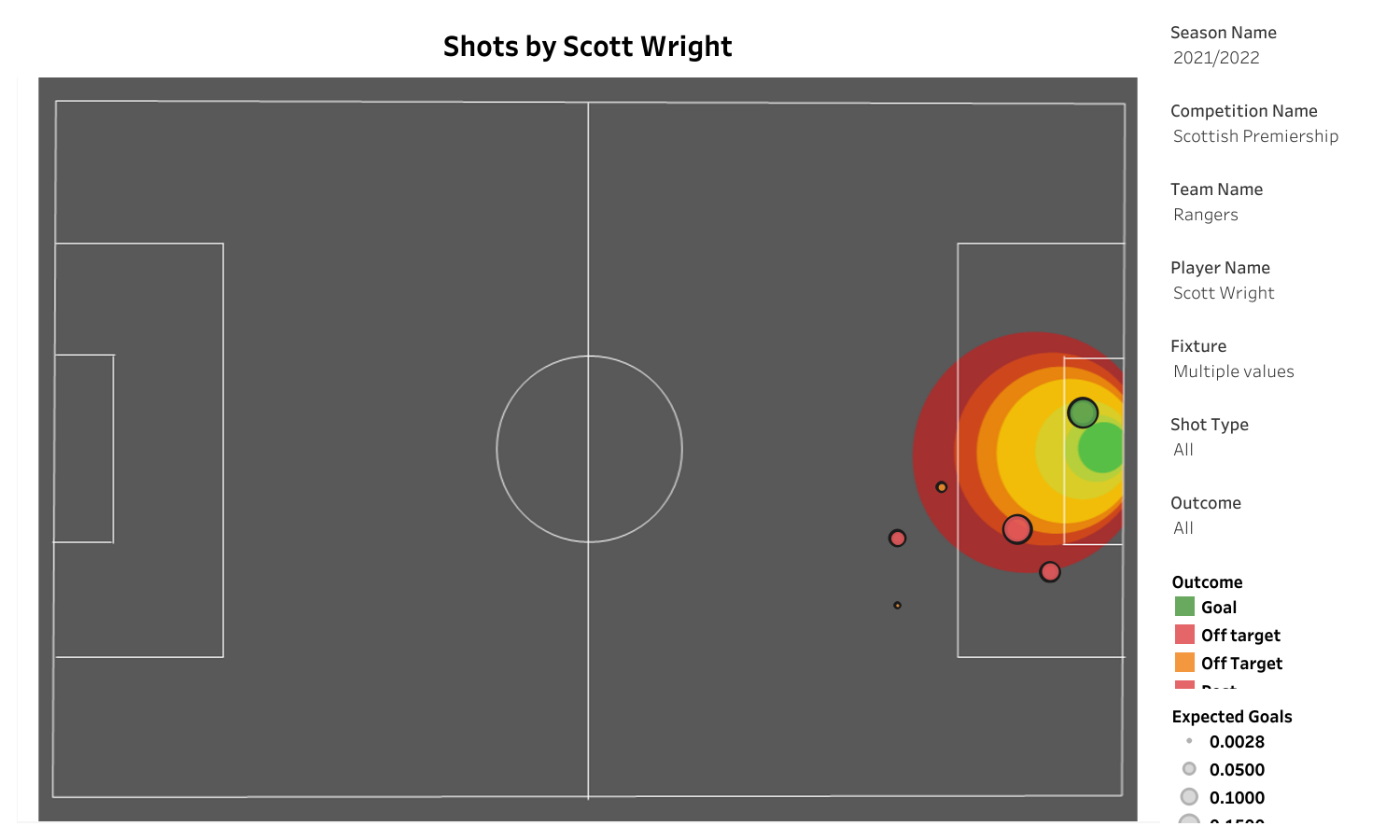 Scott Wright has attempted six shots in the three games played from the right side. He scored a goal with an xG rate of 0.76. The shot accuracy of the player is 33.33%. Half of the shots were attempted from inside the opposition’s penalty area, and the goal was scored from inside the opposition’s 6-yard box. Except for the goal, all of the other shots have come from the right side.

Wright has attempted 83 passes in the last three matches, with a pass accuracy rate of 85.54%. The 24-year-old striker is active on corner duties from the right side and has an expected assist rate of 0.86. His passes include eight crosses, and 11 passes have landed inside the opposition’s penalty area.

The Scottish player is not shy about attempting duels in the match. He has contested 23 duels in the three matches and eight duels inside his half. These 23 duels include six aerial duels, four loose ball duels, and 13 defensive duels. Four duels have been contested inside the opposition’s penalty area, and the aerial duel contested inside the opposition’s 6-yard box resulted in a goal.

Rangers are still looking for options on the right side of the field before the transfer window closes. There are chances that the Scottish club will settle with the same squad and won’t bring any reinforcements. Scott Wright has played decently towards the right and could feature towards that side for the remainder of the season along with Hagi.