Rangers‘ return to the UEFA Champions League didn’t go the way that the Scottish Premiership side expected. They were drawn into a group with Liverpool, Napoli, and Ajax. These three teams have played at the top level for the past few seasons, and Rangers have remained as the underdogs in the group. The Gers started their European campaign with a 4-0 away loss at Ajax. This was followed by a 3-0 loss at home against Napoli. Rangers suffered two back-to-back defeats in the UEFA Champions League, and this hampered their chances of qualifying for the knockout stage of the competition. Rangers performed poorly in both these matches, and this has put a lot of pressure on Giovanni van Bronckhorst. They signed seven players in the summer, but that hasn’t shown a lot of improvement in the results. We now look at some of the stats from the UEFA Champions League that show the struggles of Rangers in the competition.

Rangers failed to create chances in both games. They entered the group stage after suffering a heavy 4-0 defeat against Scottish rivals, Celtic. This heavy defeat was followed by two back-to-back defeats. Against Ajax, the Gers had a miserable outing and they only created six positional attacks in the match. The above viz shows the four shots attempted by Rangers in that game. We can observe the lack of creativity that Rangers showed in this particular match. Against Napoli, the attack count went up to 21 positional attacks. They attempted seven shots and three were on target. Rangers performed better against the Italian side but still struggled to score goals. They will face Liverpool next and might struggle more to create chances. 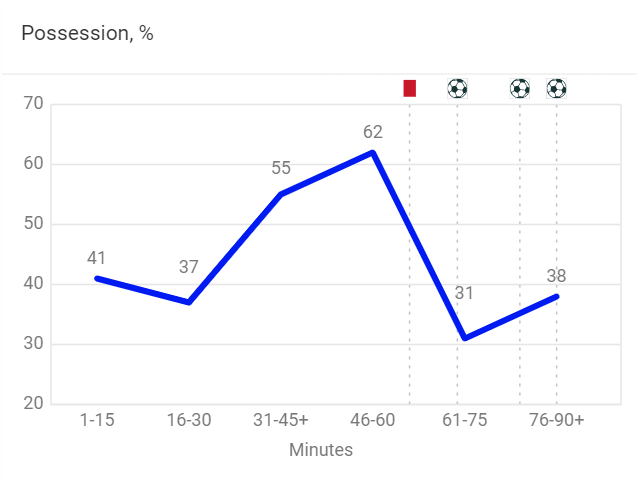 After failing in the first game, Rangers continued to struggle against a Napoli side that had already defeated Liverpool. The Gers gave a better performance but once again lacked creativity on the pitch. They had 43.1% of the ball against Napoli and only 27.8% against Ajax. The passing average was around 290 passes per match, with an accuracy rate of around 81%. They failed to reach the dangerous areas inside the opposition half and created fewer opportunities in the match. 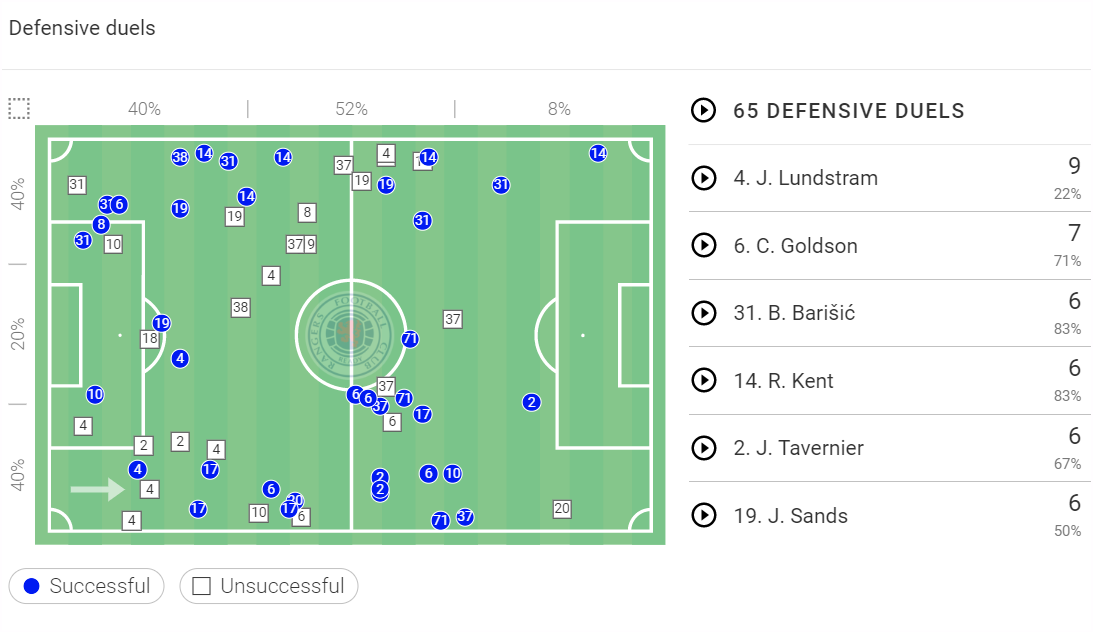 The defence of the team leaked some easy goals, and that will be the biggest concern for the manager. Rangers have a few injury issues at the back and that has proved to be costly against these top sides. The Gers had a high win percentage of 60% for defensive duels and around 47% for aerial duels. Still, they conceded seven goals in these two matches. The above viz shows that Rangers lost a few defensive duels against Napoli in the defensive half. These were won in the centre and on the right side of the defence. These losses could result in goalscoring opportunities.

Rangers struggled all over the field and were unable to get out of their own half. The midfield and the attack were unable to make any connection between them and they were also unable to support the defence. This is a big worry for the Dutch manager, and Rangers’ European campaign is likely to end in the group stage.