Rangers have started the Scottish Premiership 2022/23 season with a 100% win record in their first three games. Giovanni van Bronckhorst added some new names to the squad to boost their chances of getting the league title back from Celtic. They are also one win away from qualifying for the UEFA Champions League. Rangers lost their two main players from last season in the transfer window. Joe Aribo sealed a move to Southampton, and Calvin Bassey was picked up by Ajax. Rangers had already listed their transfer targets, and they signed seven first-team players in the window. Some of these players have been regular members of the squad and have made an impact on the team. 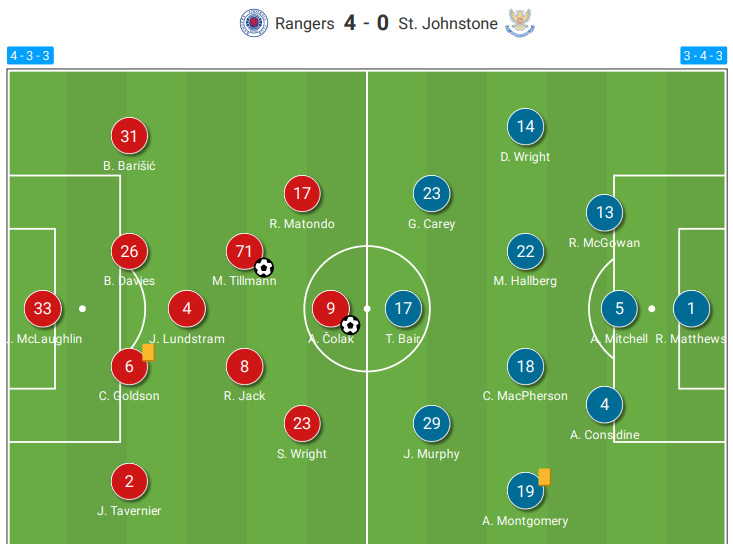 The above viz shows the starting XI of Rangers in their last league match. Antonio Colak has been leading the line since day one. He was signed as a replacement for Morelos, who was on the wishlist of other European clubs. Morelos hasn’t left the club, but Colak is still getting the nod ahead of him. The other signings that started were Rabbi Matondo, Malik Tillman and Ben Davies. Tom Lawrence was rested in this game alongside Rıdvan Yılmaz. John Souttar was injured and couldn’t make it to the squad. Let us now look at the impact these players have made on the team this season. 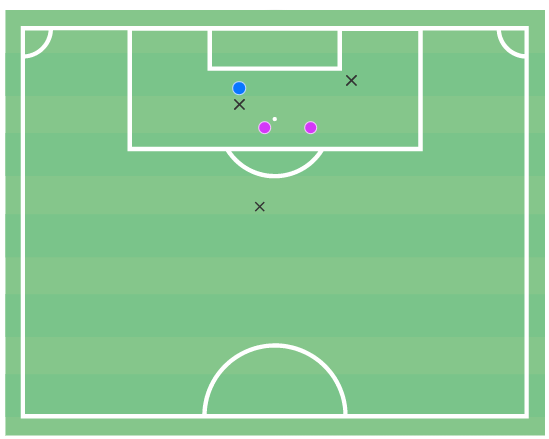 Antonio Colak sealed a move from Greek club PAOK to Rangers in the summer. Since then, he has been leading the line for the Gers. The 28-year-old has spent 231 minutes on the pitch in the Scottish Premiership and has two goals to his name. The player averages two shots per match with an accuracy rate of 50%. The above viz shows that Colak likes to find space just around the penalty spot. Colak has also taken 14 touches inside the box and has an overall xG rate of 1.1. He has proved his worth, and the manager is likely to stick with him. 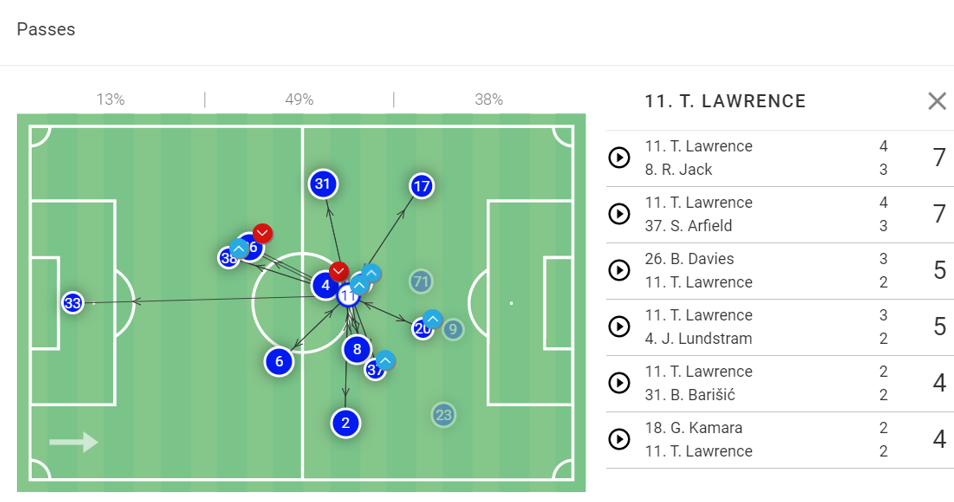 Rangers signed former Derby County captain Tom Lawrence as a replacement for Joe Aribo. The 28-year-old is an attacking midfielder who can also play on the flanks. He has played as a left-central midfielder and an attacking midfielder for Rangers this season. The Welshman has spent 209 minutes on the pitch and has scored a goal along with providing an assist this season. The above viz shows the passing links of the player in one of the matches. Tom Lawrence’s average position was in the centre, and he acted as the main playmaker. He has attempted eight passes into the penalty box and has been successful six times. He is one of the best signings for the team. 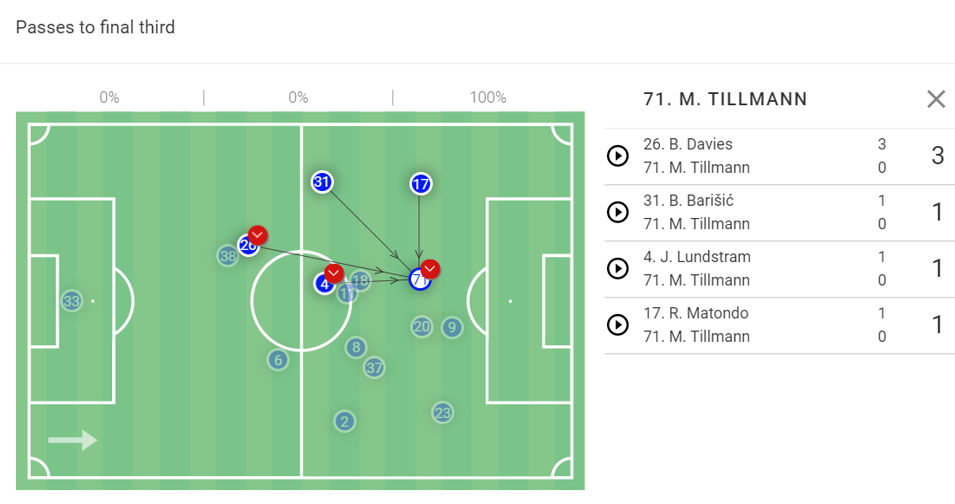 The 20-year-old joined in on a loan spell from Bayern Munich. He has also played quite a similar role to Tom Lawrence. Malik Tillman has already opened the scoring for Rangers, and his creativity and attacking instinct are a great bonus for Rangers. The above viz shows that Tillman plays a high attacking line and has received a few passes in the attacking third from defenders and midfielders playing on the left. Tillman likes to attempt shots and has made five attempts with a 60% accuracy rate. He is a big bargain for Rangers. 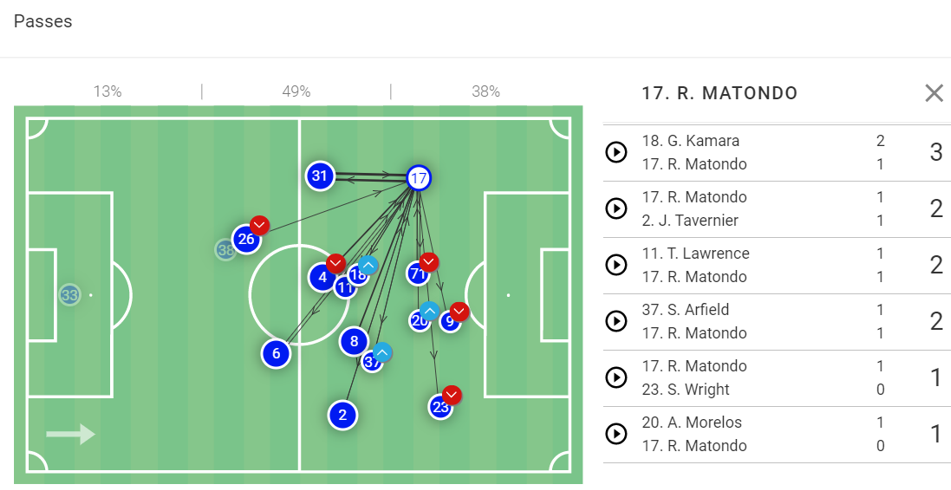 The former Schalke winger is the highest assist provider for the Gers in the Scottish Premiership. Both assists came in the last match against St. Johnstone when Matondo played on the left wing ahead of Ryan Kent. The above viz shows that Matondo played a high line and linked plays with every possible player in the midfield and the attack. In these two matches, Motondo attempted six passes to the final third and was successful four times. He adds a bit of pace and spark to the attack.

The defensive signings of Souttar, Ben Davies and Yılmaz have just made one appearance each in the league. They are starting to settle into the team. Souttar was the first choice at centre-back alongside Connor Goldson. He will return to the team after missing the last few games for personal reasons.

Rangers’ new signings have put pressure on Celtic, and this won’t be an easy title defence for them. There is a lot of improvement in the attack, and van Bronckhorst will be happy with his players’ performances.