Defending Scottish Premiership Champions Rangers have been active in the winter transfer window. Nathan Patterson has been sold to Everton and James Sands has been signed on an 18-month long loan spell. The manager has a lot of attacking options in the team but is a bit short of players in the defense. Connor Goldson and Leon Balogun are out of contract in the summer, and their future is yet to be decided. To improve their defense for the coming season, Rangers manager Giovanni van Bronckhorst has enquired about Hearts defender John Souttar. Souttar is also out of contract in the summer, and a lot of EFL Championship clubs are after the defender.

John Souttar has featured in 18 games for Hearts and scored three goals. The defender has even converted a penalty for his team. He has attempted 15 shots with a 33.33% shot accuracy rate. 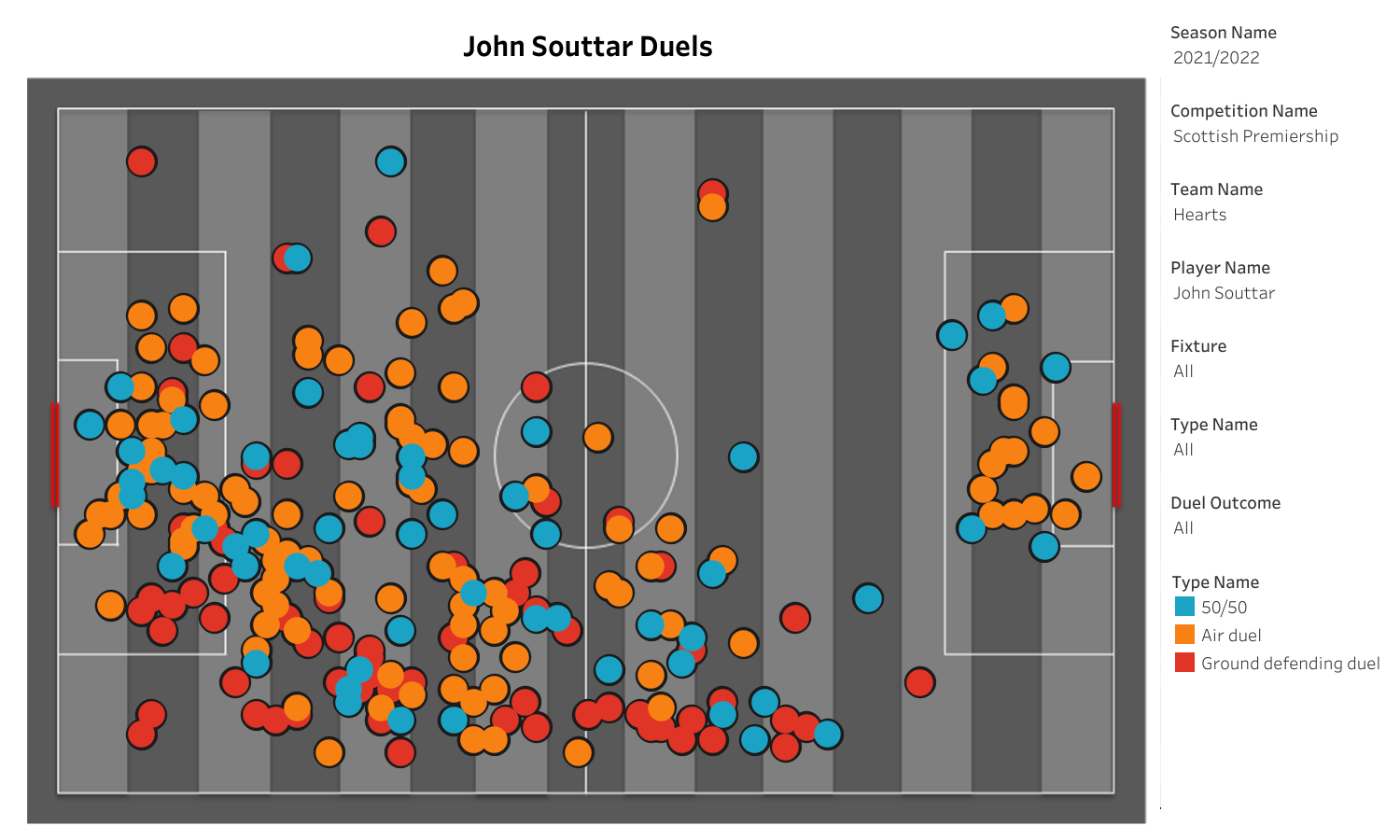 The above viz shows all the duels contested by Souttar this season in the Scottish Premiership. Most of the duels have been contested towards the right side of the field. He has even contested a lot of aerial duels in the opposition’s penalty box. Souttar averages 3.61 defensive duels per 90, 5.52 aerial duels per 90, and 2.94 duels per 90. The overall defensive actions per 90 are 10.62, which is less than the median value, however, the player has a 90.8% success rate. 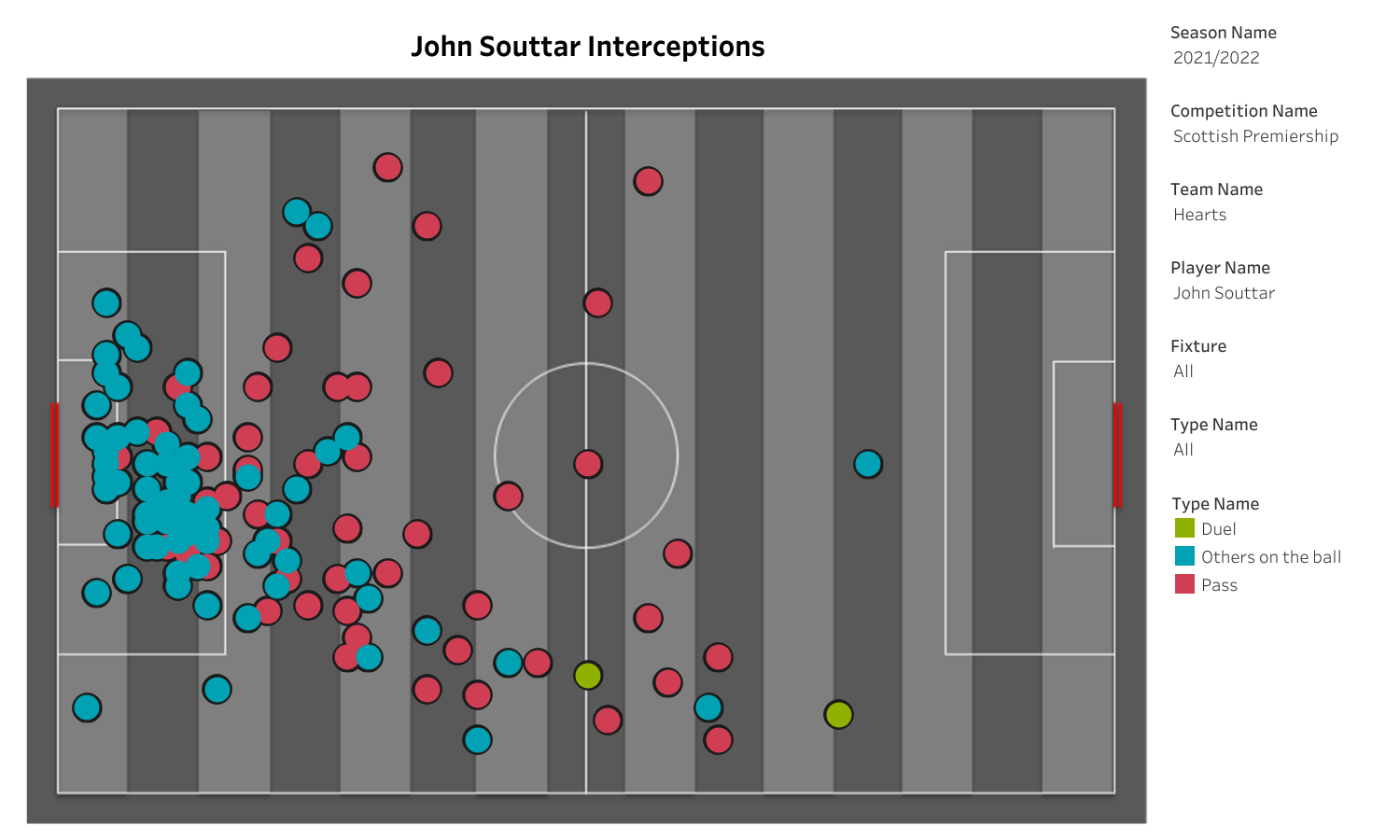 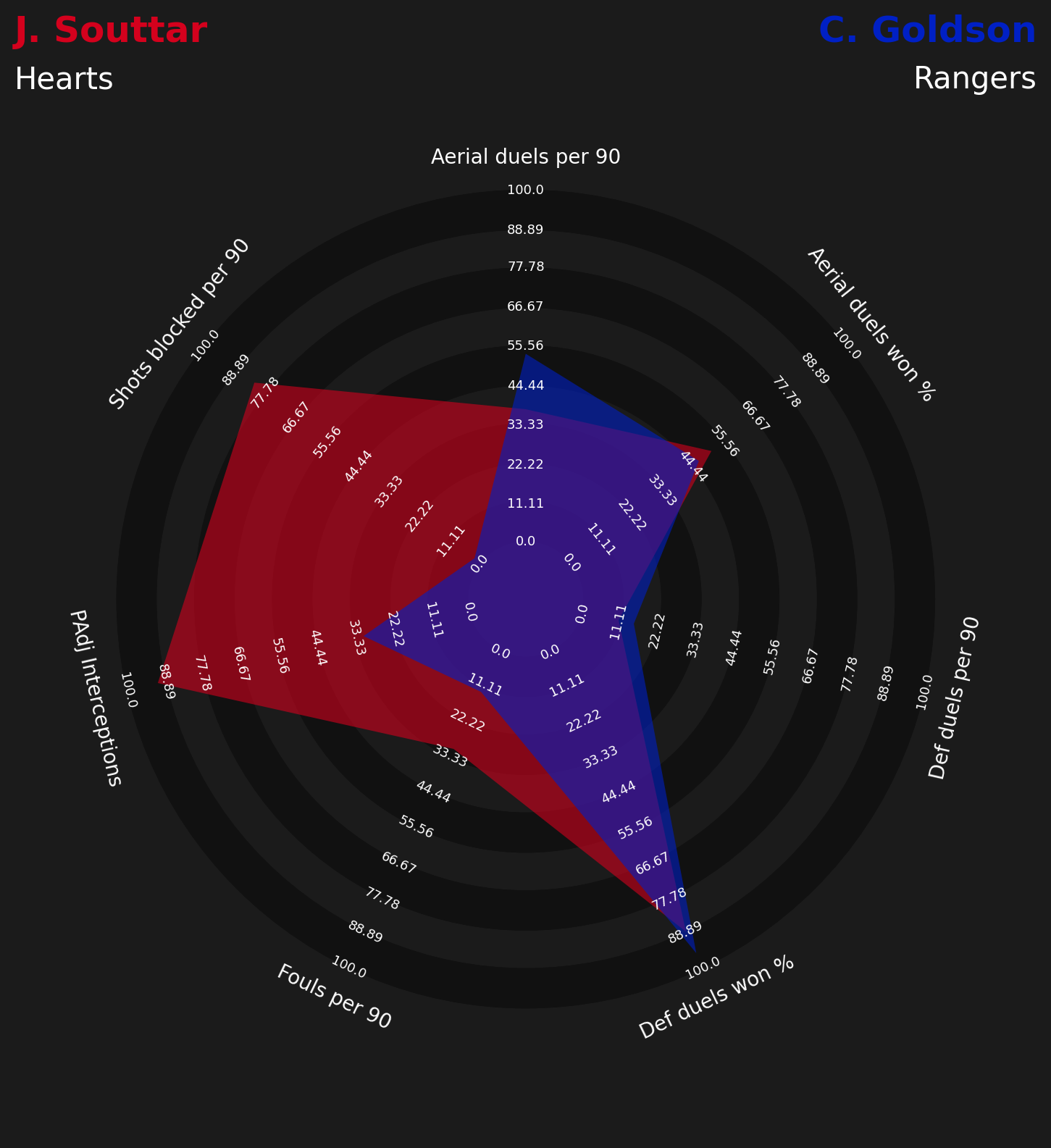 Connor Goldson has featured in 19 games for Rangers this season. He is the only regular centre-back for his team because of injuries to some of the players in that position. The above viz compares his defensive stats with Souttar. Goldson has contested a few more aerial duels as well as more defensive duels than Souttar, and the win % is also high for the Rangers’ defender. However, Souttar has made more interceptions and blocked more shots. 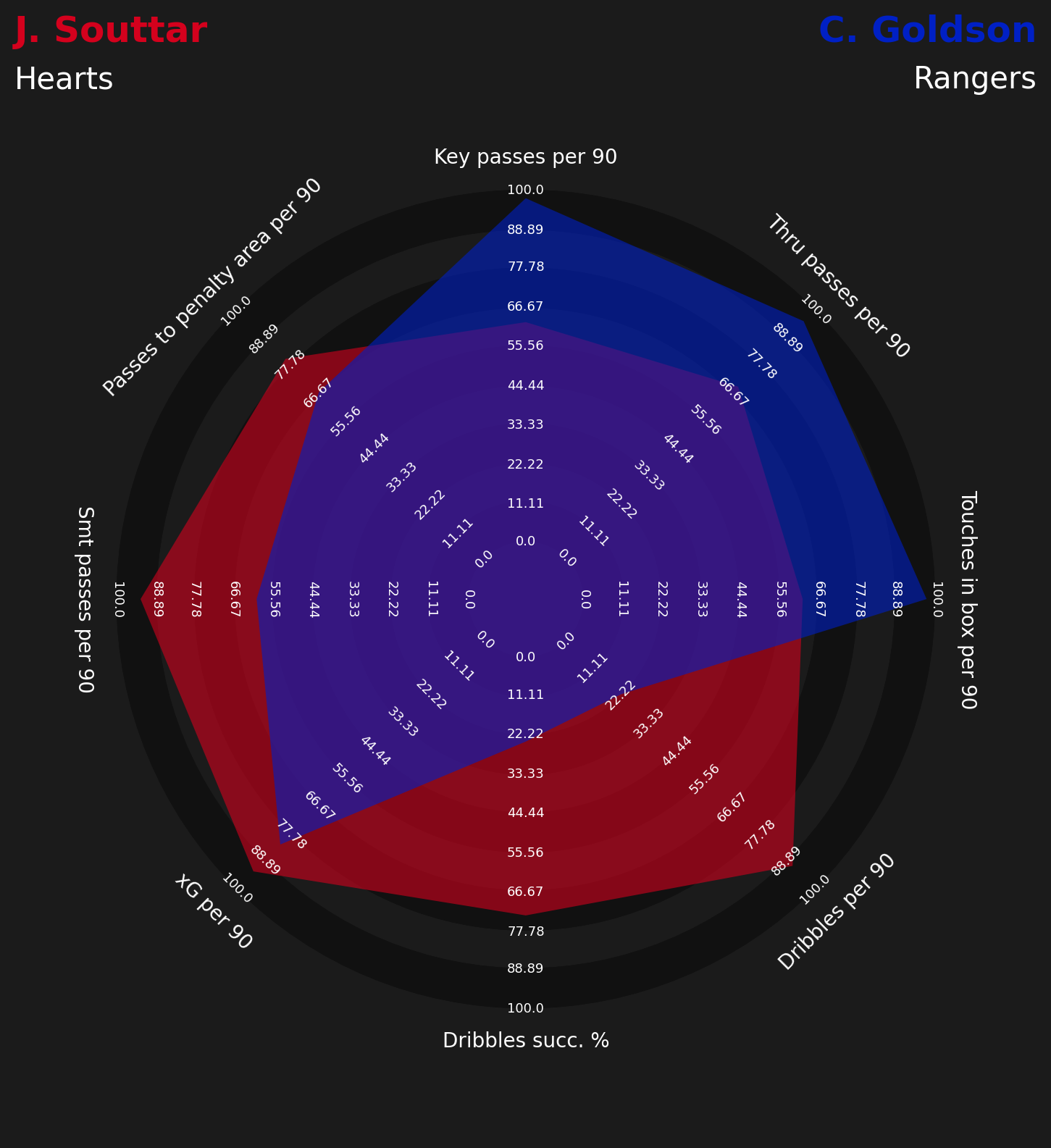 John Souttar has impressed a lot of clubs and attracted their attention. Rangers will look to sign him before he gets a better offer from any of the EFL Championship clubs. The defender has a goal-scoring instinct which will be an addition for the Rangers on corners and free-kicks. He can be a good choice for the defending Scottish Champions.