Rangers are in search of an attacking midfielder who could support their attack and adjust to their counter-attacking style of football. One of the players who has emerged as their most recent transfer target is Blackburn Rovers youngster, Tyrhys Dolan. The 20-year-old impressed in his first full season at the club and is now on the transfer radar of a few other clubs, including Rangers’ rivals, Celtic, and English Premier League side, Nottingham Forest. The Rangers have a lot of unsettled players in their team, and some of them are into the last year of their contracts. The Scottish Premiership runners-up need players who could help them to get back the title from Celtic. 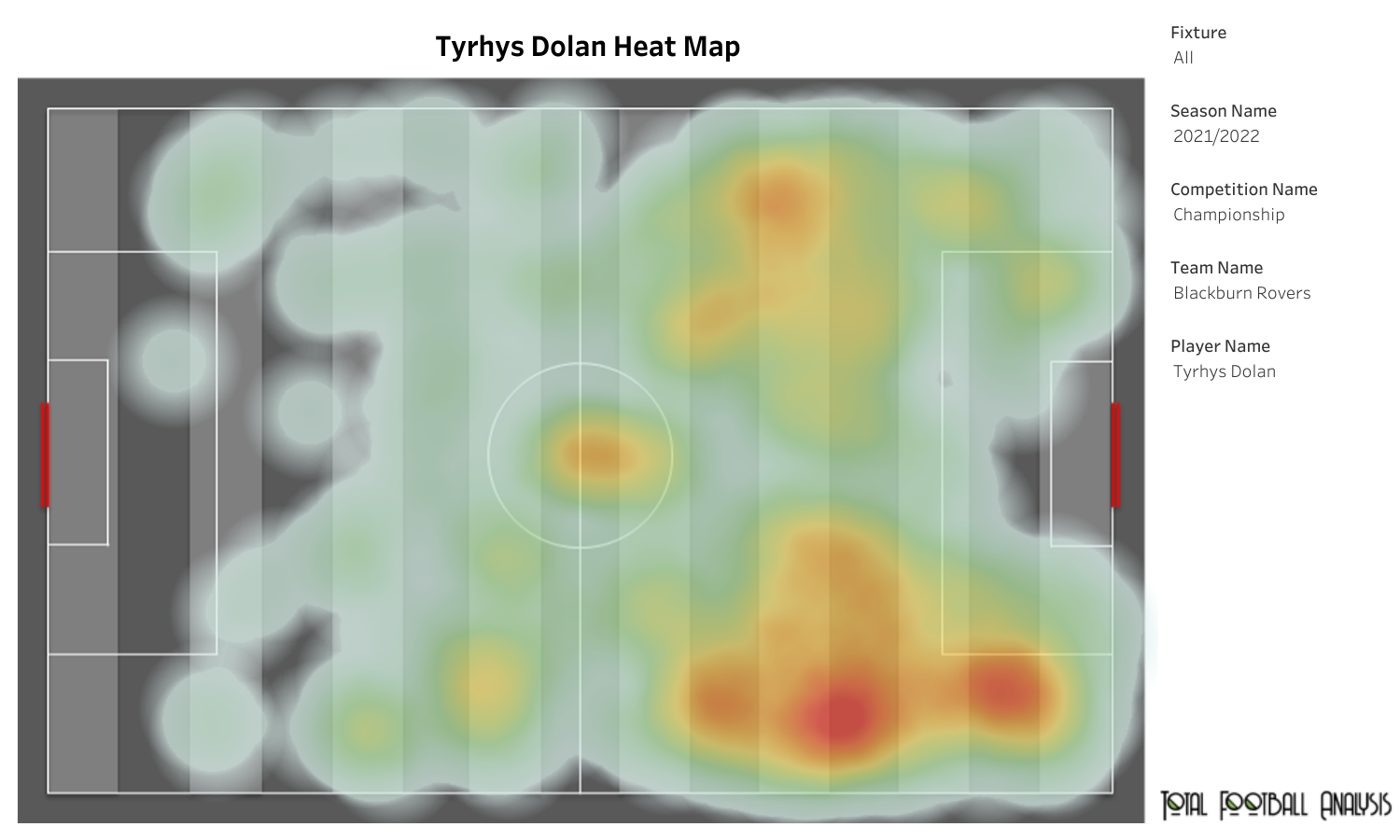 Dolan made 34 appearances for Blackburn Rovers last season, and he wasn’t a regular starter in the team as he only managed 20 starts. The player scored four goals and provided three assists. The above viz shows the heat map of the youngster, and it can be observed that he featured on the right side in most of the matches and on the left side in some of the matches. Dolan played a very high attacking line and often penetrated the opposition’s penalty box. 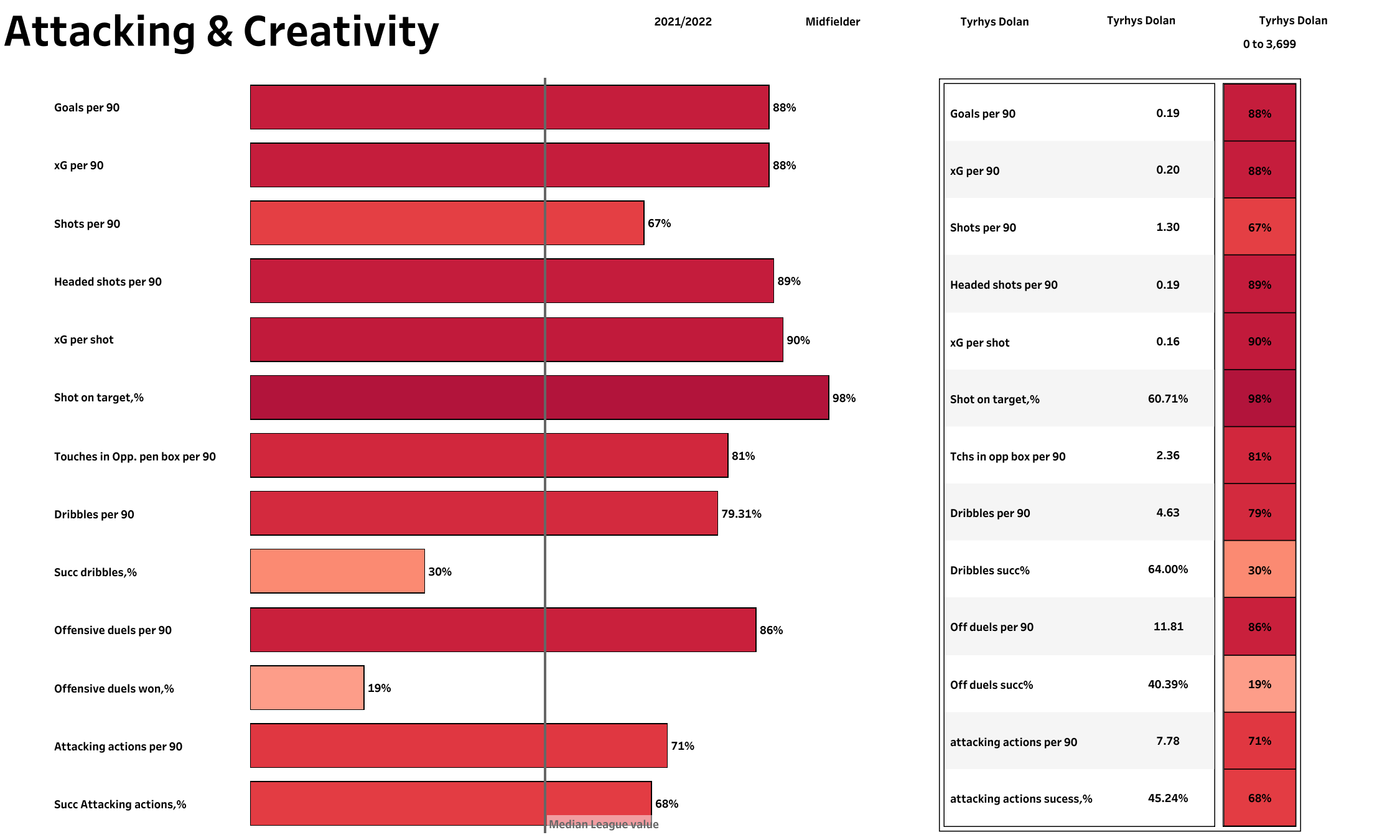 The above viz shows the attacking stats of the player in comparison to the other midfielders in the league. When looking at the above chart, the general rule is that the longer the bar, the better the performance — you can see the league average in the middle, and the % is the percentile rank the player is in. It can be observed that the player had a very high percentile rank for scoring goals and xG per 90 minutes. We can also notice that Dolan had a very high shot accuracy rate. 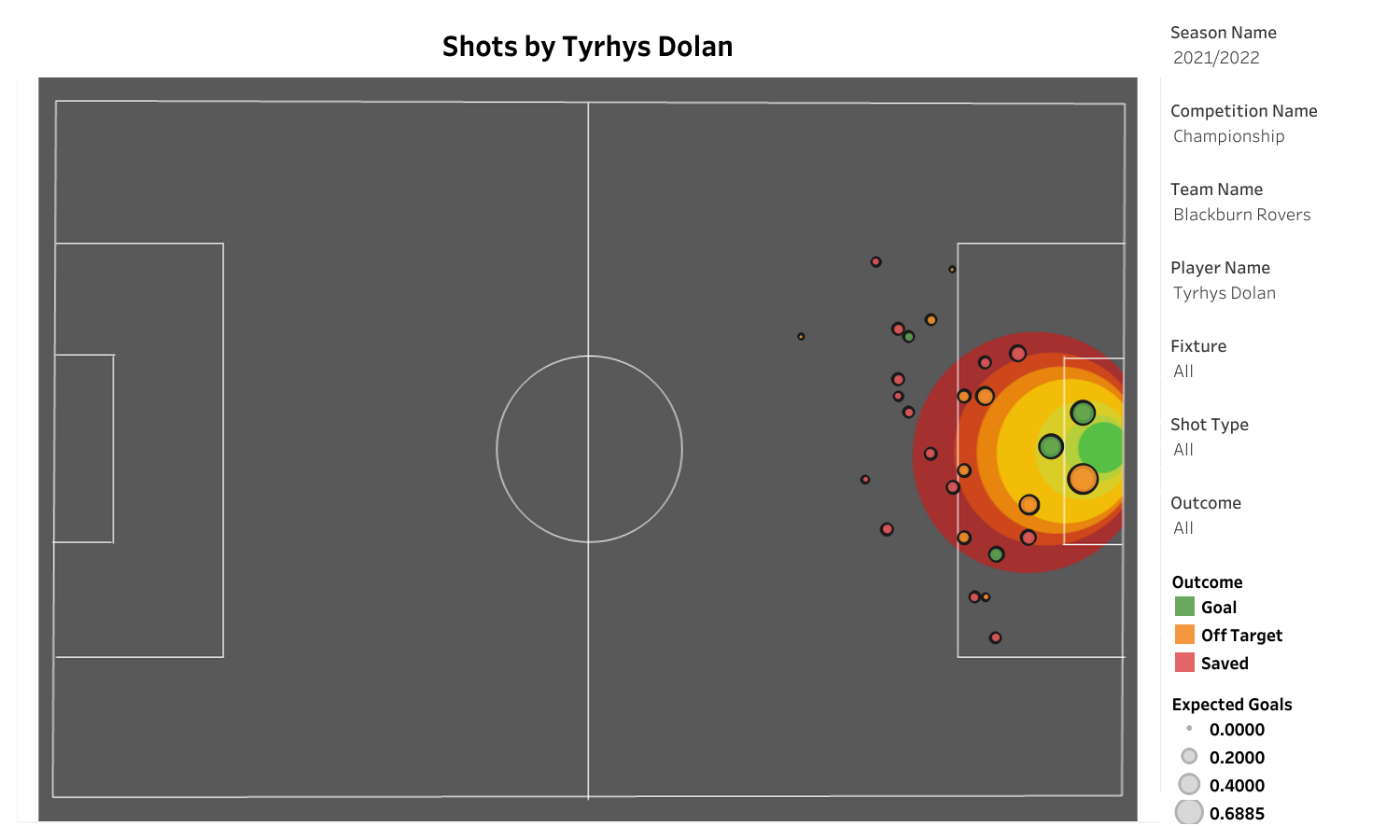 The above viz shows the shot map of Dolan in the 34 appearances that he made for Rovers last season. He attempted 28 shots and managed to hit the target 17 times. Of these 28 shots, Dolan attempted 17 shots from inside the opposition’s penalty box. He attempted 11 shots from outside the opposition’s penalty box and only failed to hit the target twice. Dolan is a threat from long range and is capable of producing moments of magic by scoring goals from outside the penalty box. 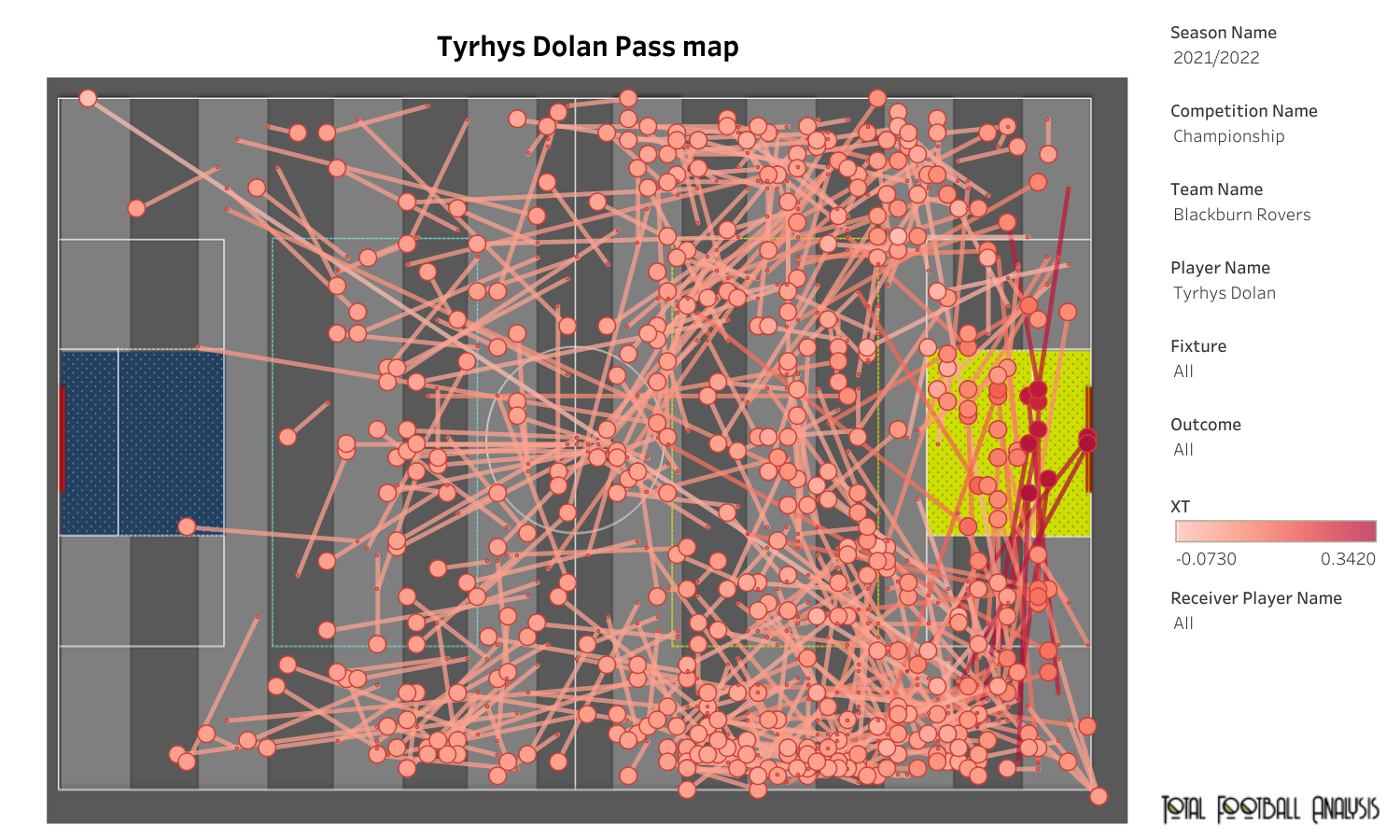 Dolan averaged 21.25 passes with an accuracy rate of 81.26%. The above viz shows all the passes that were attempted by the 20-year-old. It can be observed that Dolan delivered some dangerous passes into the opposition’s penalty box from the wider sides. A lot of passes reached dangerous areas and created threats.

Rangers need a player who could strengthen their right-wing position. Tyrhys Dolan showed how he could be a threat with the ball at his feet and the chances he created for his teammates. However, it won’t be easy for Rangers to sign him as Celtic and Nottingham Forest are also after him.