Livingston will play host to Rangers in the first game of the Scottish Premiership 2022–23 season at the Tony Macaroni Arena. The pundits have placed Rangers as the favourites to win the championship, just behind the defending champions, Celtic. We might see some new faces playing in the Scottish Premiership for the first time because both teams made a few changes to their squads during the transfer window. Livingston ended seventh in the league table and Rangers came in second, four points behind Celtic.

In 38 league games, Livingston finished the previous season with 49 points. They scored 41 goals while also conceding 46. Last season, all the teams — aside from the top three— finished with a negative goal differential. This time, Livingston want to end the season in the top half. 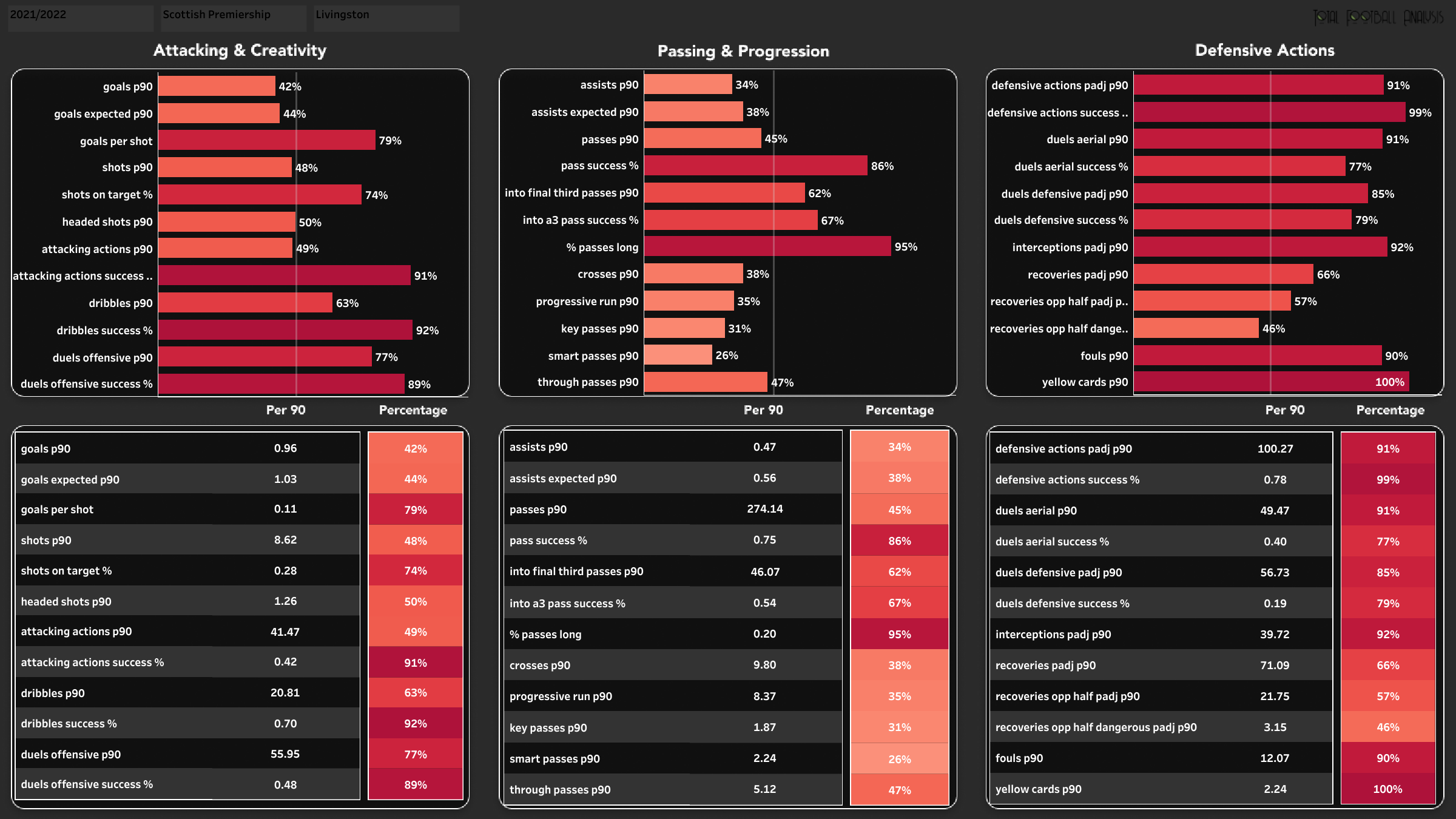 The viz up top provides an overview of the team’s offence, passing and defence. Livingston had a dismal goal-scoring record, and their poor passing led to fewer scoring opportunities for the team. When looking at the above chart, the general rule is that the longer the bar, the better the performance — you can see the league average in the middle, and the % is the percentile rank the player is in. This year, they need to strengthen their attack and passing. The club had a lot of success in defence and had a high success rate for defensive action. Livingston lacked discipline and received the highest number of bookings.  The manager will expect improvement from his squad in that area.

Livingston will be without Esmaël Gonçalves due to suspension. They are likely to go with their full strength XI in the first match of the season.

This season, Rangers will be a different team. The Gers will try to pick up momentum from the first game of the season after just losing out on winning the league last year. Rangers had 89 points at the end of the previous campaign and scored 80 goals. They had 12 fewer goals than Celtic. Rangers gave up 31 goals, which will be the manager’s main worry because Celtic gave up nine fewer goals than them. 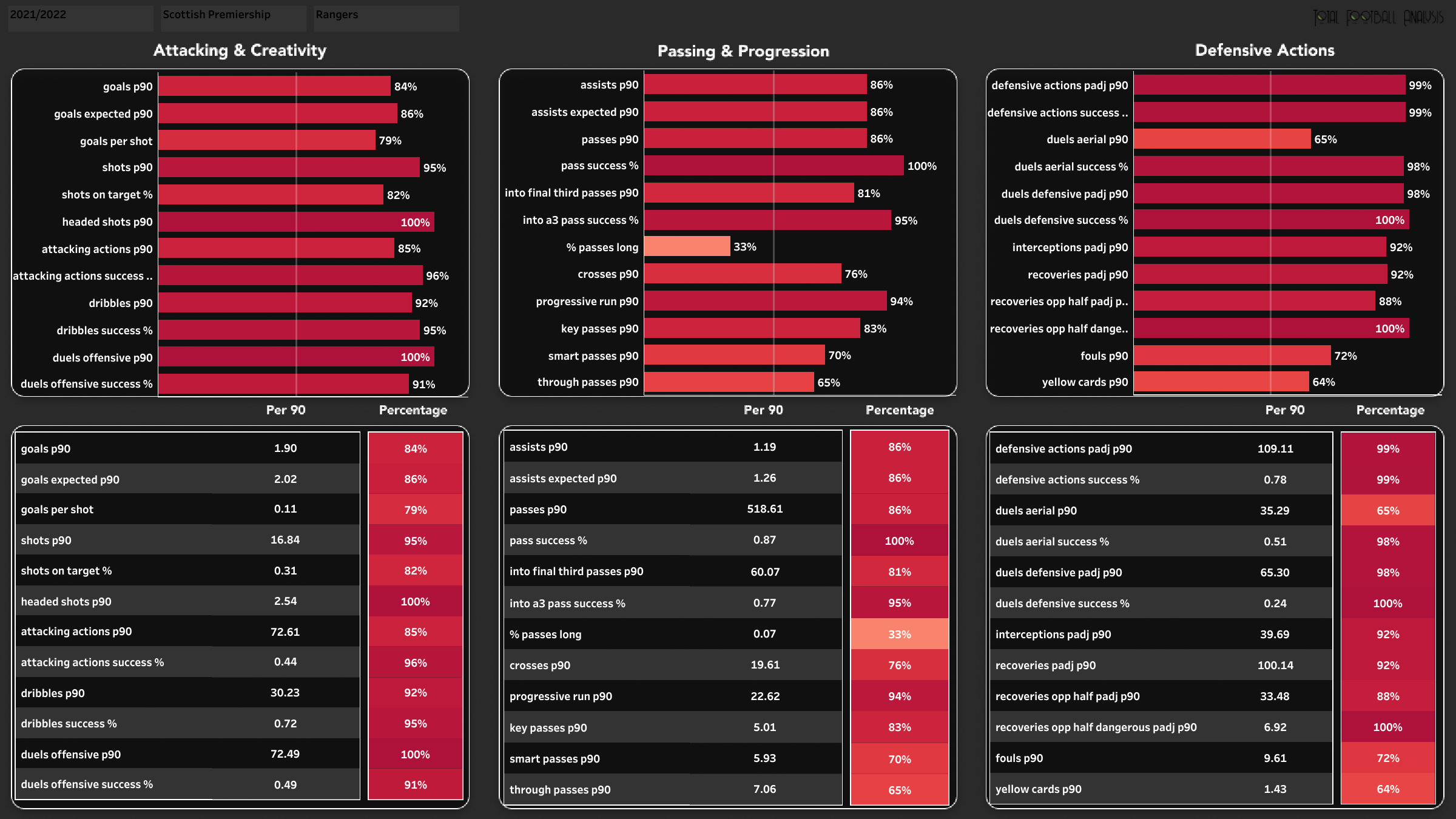 Rangers were ranked very favourably across all three categories. Notably, the club attempted the most headed shots the previous season and posed a threat in the air. They also had the league’s best passing accuracy. This was accompanied by a strong defensive duels victory % as well as recoveries inside the opponent’s half.

The Rangers’ line-up could feature three to four new signings. Alfredo Morelos remains out, and Antonio Colak is expected to lead the line. Tom Lawrence will add creativity to the side along with Ryan Kent.

Rangers will be the favourites to win their opening match. They will look to keep the momentum from the get-go. Livingston, on the other hand, will hope for an upset in the opening fixture and will go all guns blazing. This could be a thrilling opening contest in the Scottish Premiership.

Under the microscope: Which new signing could feature in Rangers starting XI against Livingston