Rangers are looking for options to improve their attack for the next season. They have identified former Ross County and St. Mirren striker Ross Stewart as one of the players that could give them an edge over their opponents. The defending Scottish Premiership champions are six points behind leader Celtic and are on the verge of losing their title. Alfredo Morelos has been the main player under manager Giovanni van Bronckhorst, and his absence has affected their results recently in the league. Rangers are looking to add more options so that they can show consistency next season and not rely on one or two players. 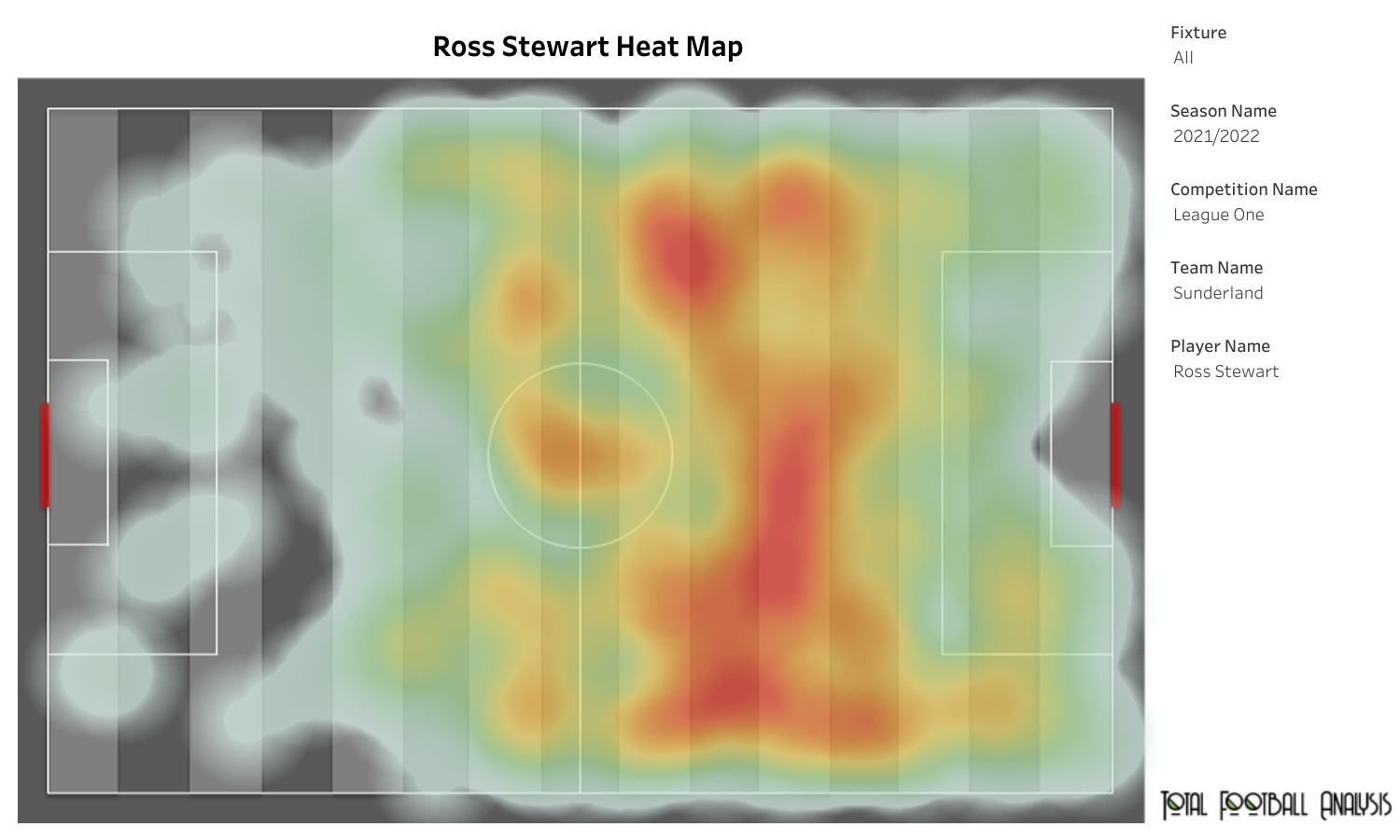 Ross Stewart moved to Sunderland in January 2021 and has been a regular part of their squad. This season, he has found the back of the net 22 times in 41 appearances. He has regularly led the line for the League One side as a lone striker or in a front two. The average position shows that he has featured in every area of the pitch, and his prime location is inside the final third of the opposition. Ross Stewart has also taken 176 touches inside the opposition penalty box, averaging more than four touches per match. 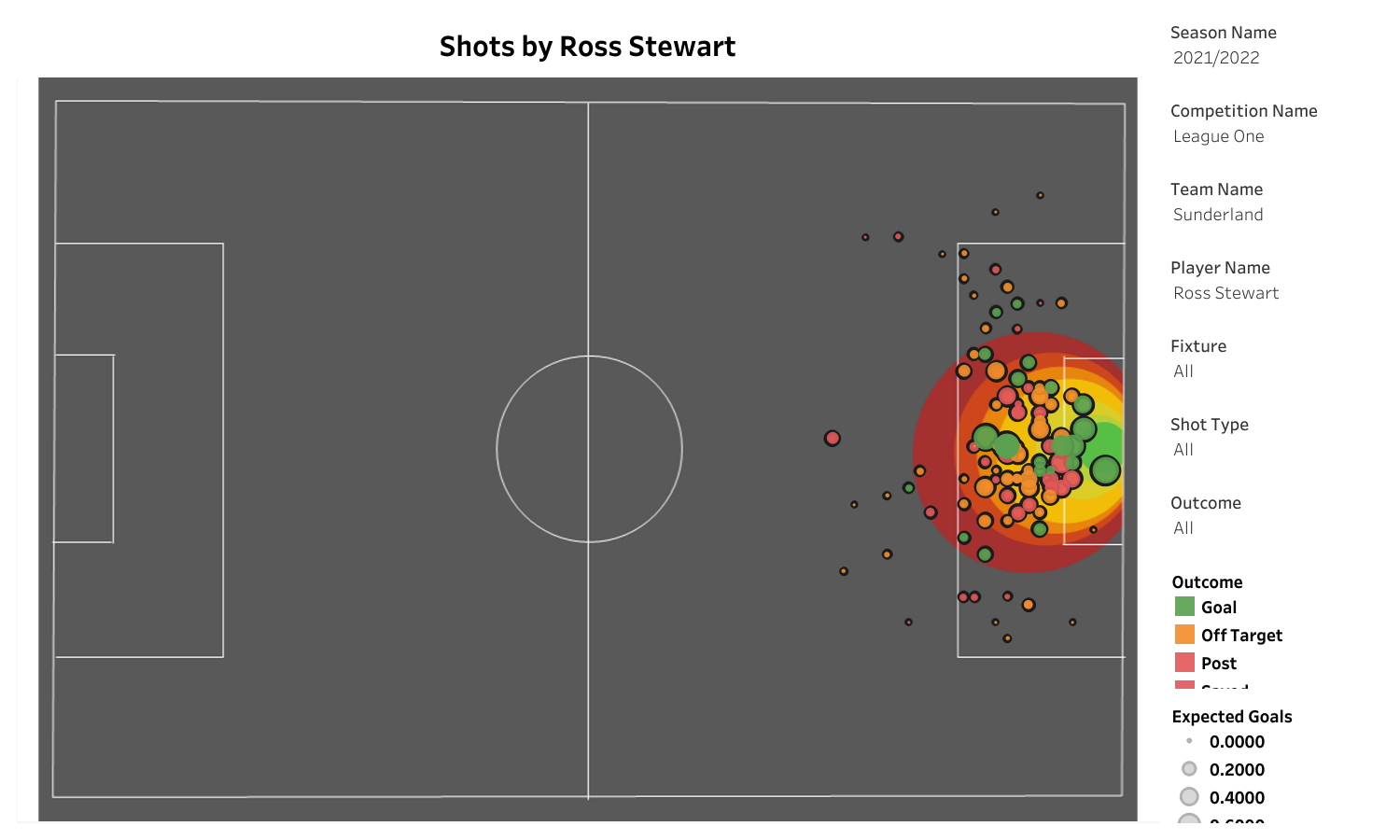 The forward has been the top goalscorer for the English club this season and has scored 22 out of the 69 goals scored by the team in League One. The above viz shows all the 110 shots attempted by the forward this season. Ross Stewart has managed to hit the target 54 times with an xG rate of 22.12. He has scored three goals from the penalty spot and one goal from outside the opposition penalty box. The Scottish striker has attempted most of the shots from inside the opposition penalty box.

Ross Stewart has also played a crucial role in setting up three goals. The above map shows all the attempted passes that were successful. We can observe that most of the passes have been sideways passes and were made to link up the play. He has managed to deliver 41 passes into the opposition penalty box, and five of them have landed inside the 6-yard box. These five passes have created the highest threat from passes for the 25-year-old striker. He attempted a total of 25 crosses, eight smart passes, and nine through passes.

The forward also likes to contest aerial duels, and this season he has contested a total of 567 duels. He contests more than 13 aerial duels per match. The player is a great threat in the air and has the ability to score a few goals from headers.

Ross Stewart has improved a lot since joining Sunderland and earned his first international call recently. He is on the radar of a few other clubs, and Rangers will have to fight with them for the signing of the striker.