Rangers midfielder Glen Kamara played out the most productive season of his career at the Scottish club. He scored three goals and provided three assists last season. The 26-year-old midfielder is in high demand in other leagues, and Rangers will allow him to leave the club if they get the right price for the midfielder. The former Arsenal man was signed in January 2019 by Dundee. Since then, he has been a regular in Rangers’ squad and helped them to the Scottish Premiership title in the 2020/21 season. He generally plays a deeper role but was offered a more attacking role this season by Giovanni van Bronckhorst.

Kamara made 31 appearances for the Rangers this season, and this included 28 starts. He scored four goals and provided five assists. Of these, he scored one goal and provided two assists in the UEFA Europa League. 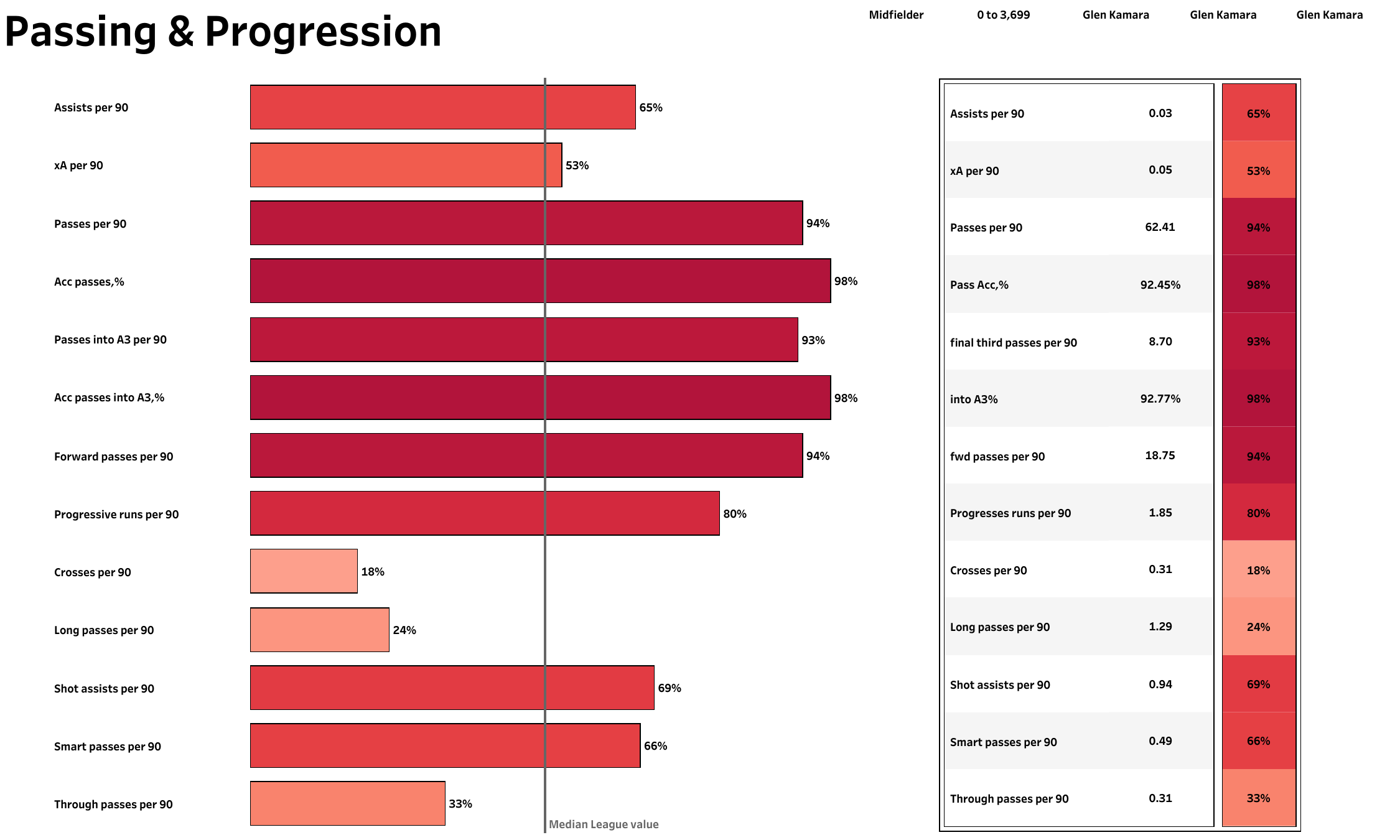 When looking at the above chart, the general rule is that the longer the bar, the better the performance — you can see the league average in the middle and the % is the percentile rank the player is in. The above viz compares Kamara’s stats with those of other midfielders in the league. He averaged 62.4 passes per 90 minutes with a high passing accuracy rate of 62.41%. Kamara also had a high percentile rank for attempting passes into the opposition’s final third. His passing was simple and was more involved in build-up play. 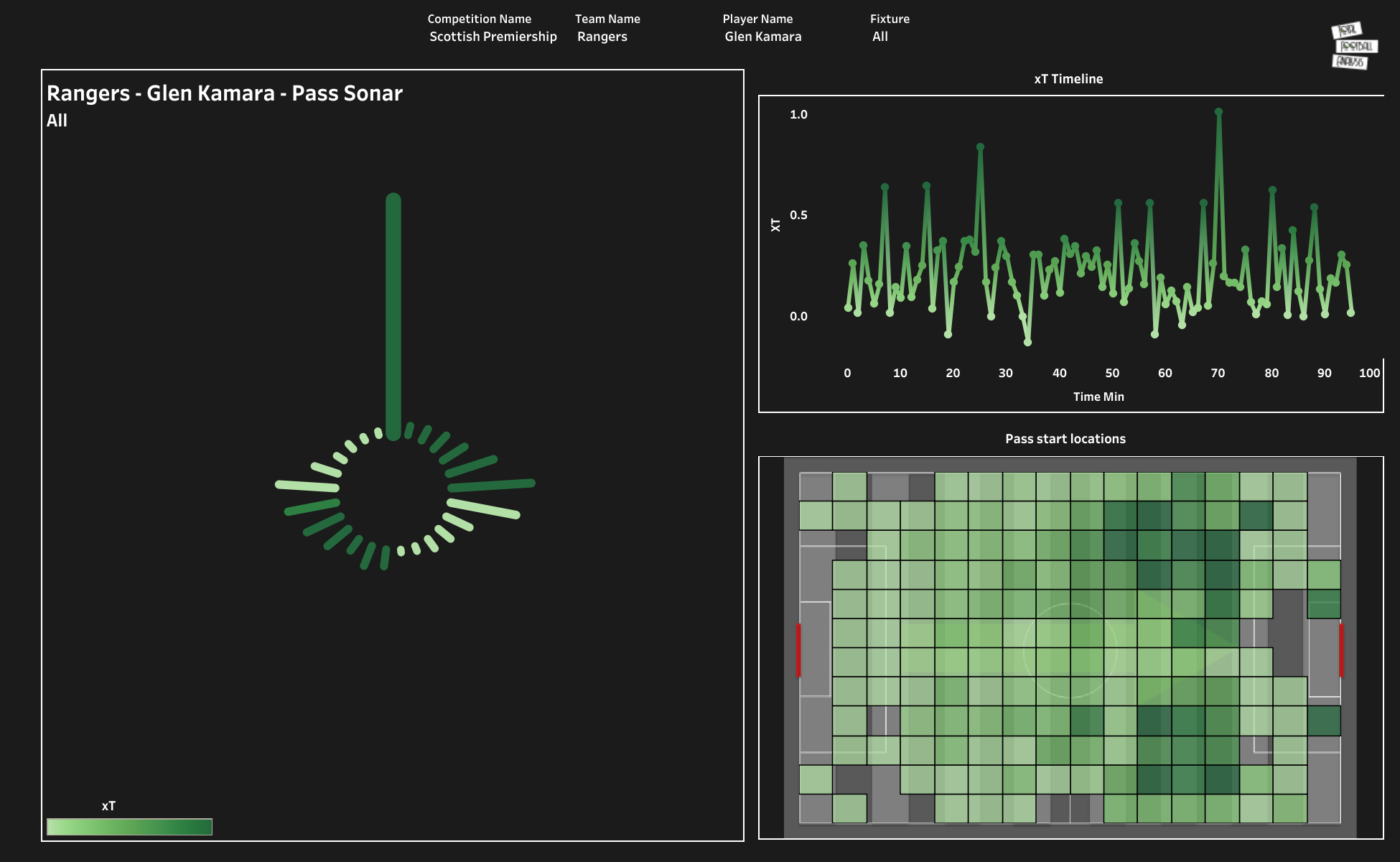 The pass start location in the above map shows that Kamara featured from the left side of midfield. The highest threat was created by the passes attempted from the edge of the opposition’s final third. He has taken very few wide positions and is involved in play towards the centre. 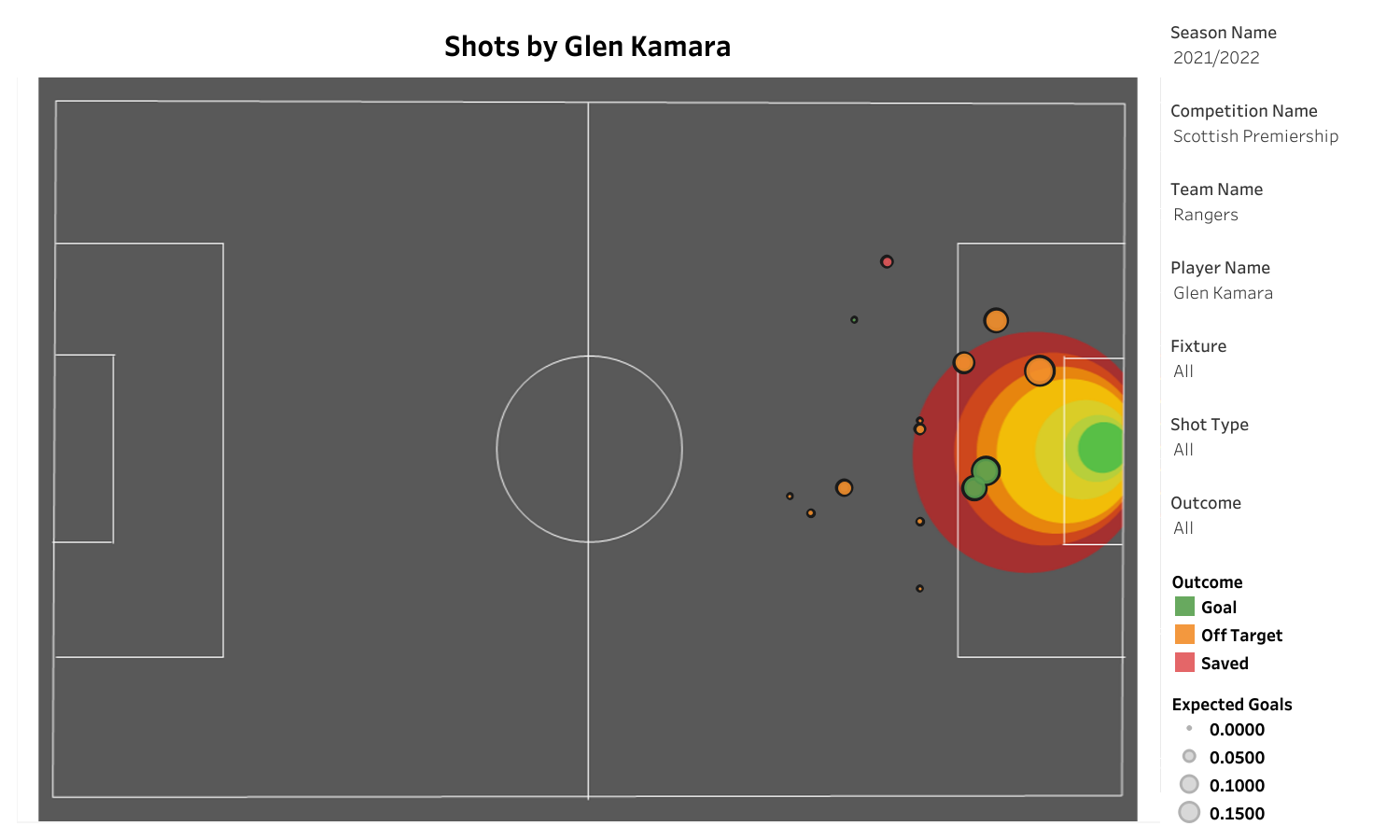 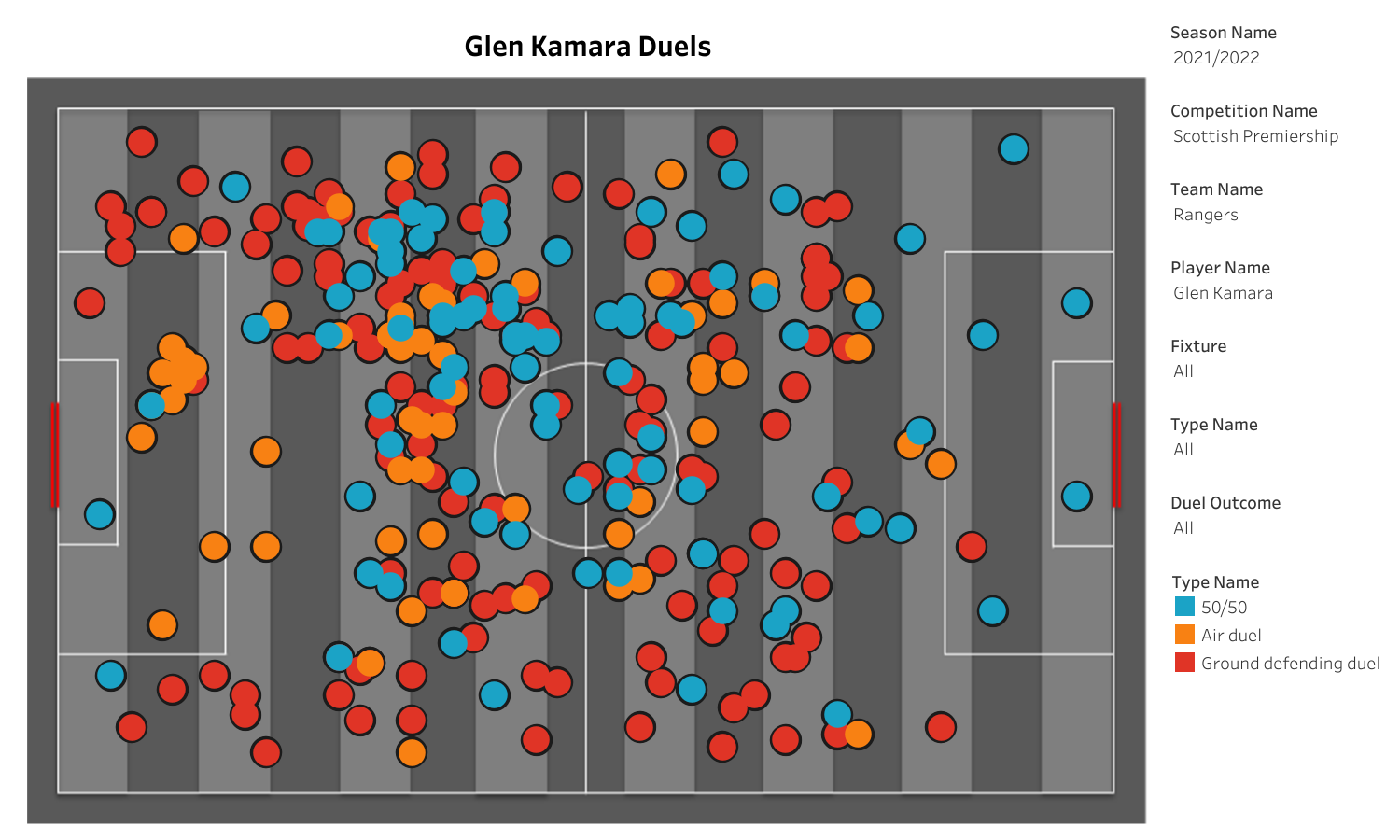 The Finnish midfielder could be on the move away from Ibrox this season. He is already on the wishlist of a few clubs and will be looking to start a new adventure away from Scotland. He played his most productive season at Rangers and could end up scoring more goals for his new club.