Rangers signed Calvin Bassey on a free transfer in 2020. The defender has spent two impressive seasons at Ibrox and has already won a league title and a cup. He also helped his side to reach the UEFA Europa League finals, which Rangers lost on penalties. His performances in the season and the final have ignited the interest of many clubs. The defender was a product of Leicester City’s youth system and can play as a centre-back and left-back. Rangers lost the Scottish Premiership league title to Celtic and will look to come back strong in the next season. However, to win back the league title, they need to hold onto their main players, and Calvin Bassey is one of them. Here are some of the stats that highlight his performances this season.

The 22-year-old made 29 Scottish Premiership appearances and provided two assists. He featured as a left-back in some of the matches, replacing Borna Barisic, and was used as a centre-back towards the end of the season. The above heat map shows that his average position was towards the left side of the defence. 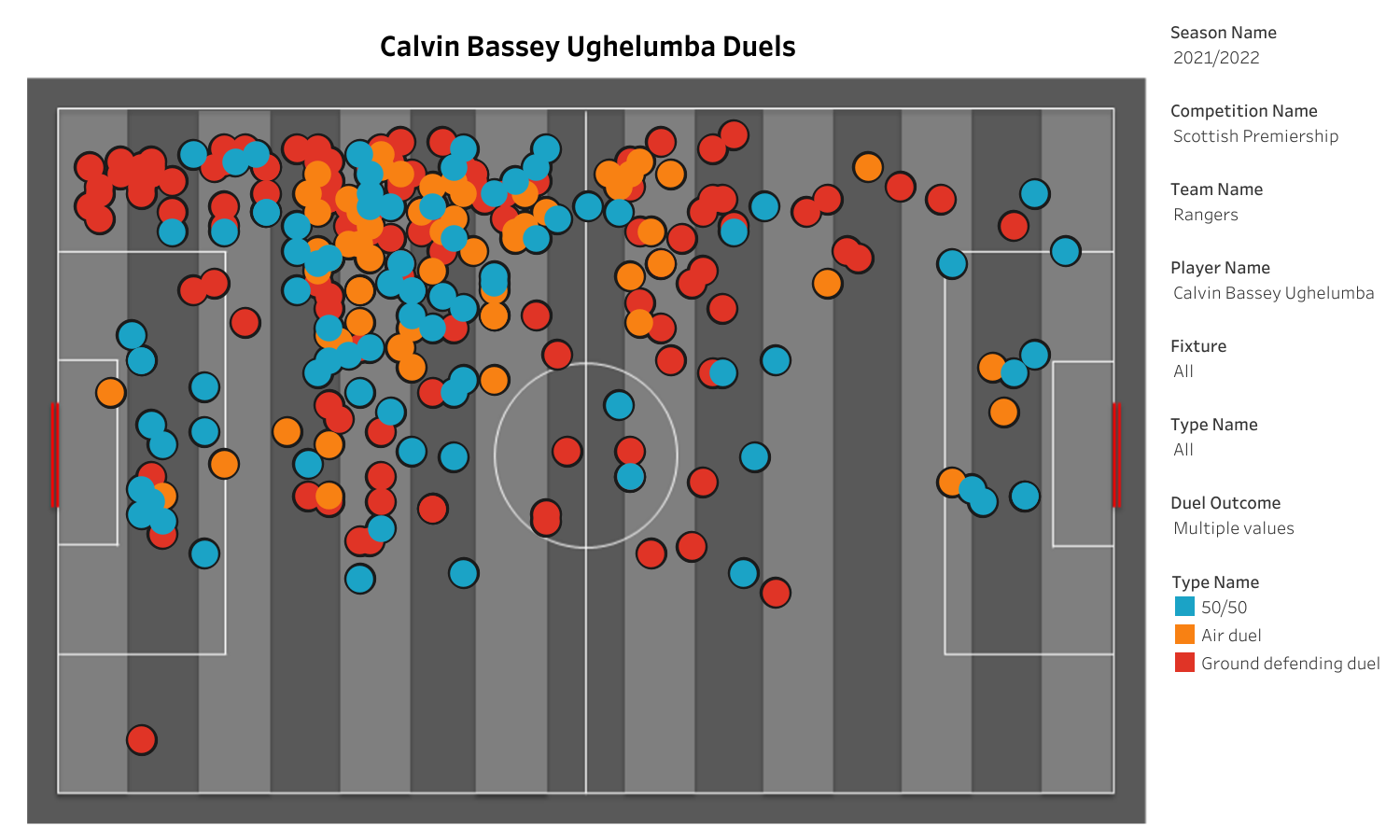 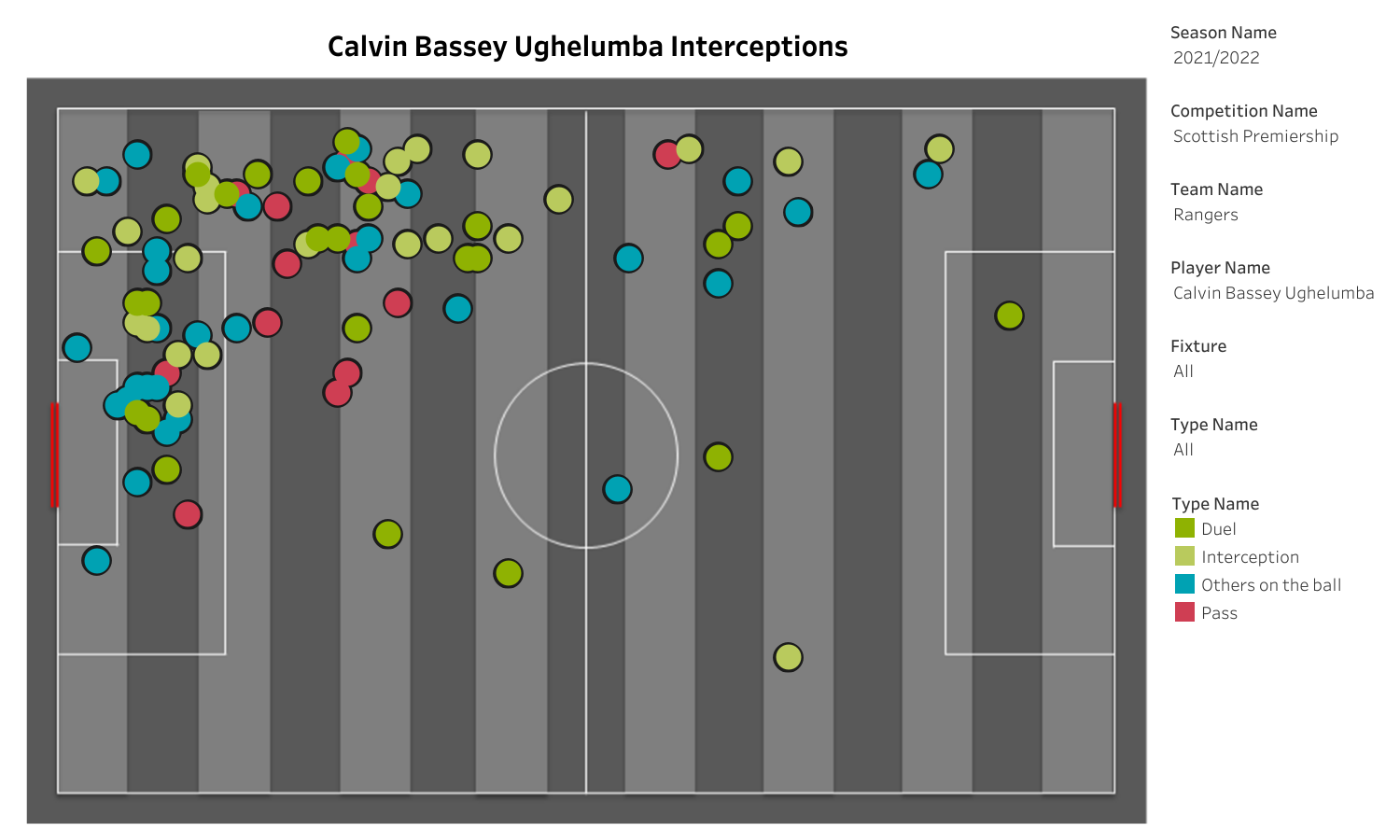 The above viz shows all the 93 interceptions made by the defender this season. Most of the interceptions were made in the defensive third and 15 in the opposition’s half. Other than this, the player averaged 10.69 recoveries per 90 minutes. Of these 10.69 recoveries, 2.3 were made inside the opposition’s half per 90 minutes. The player was only booked four times in the season. 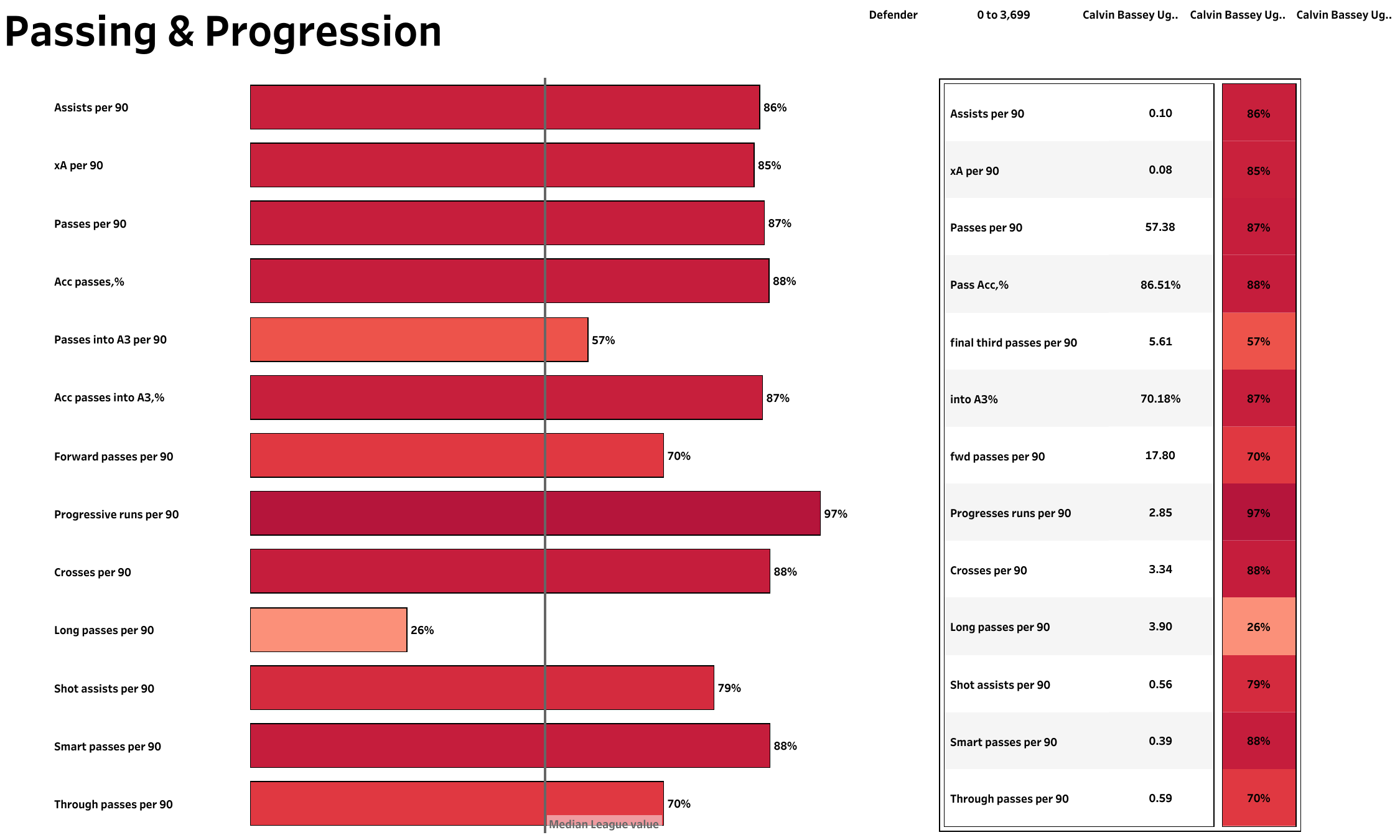 When looking at the above chart, the general rule is that the longer the bar, the better the performance — you can see the league average in the middle, and the % is the percentile rank the player is in. Bassey has a very high percentile rank when it comes to passing the ball. He averaged 57 passes per 90 minutes with an 86.5% passing accuracy rate. While featuring as a left-back, the defender made some progressive runs and has a high percentile rank amongst other defenders in the league. Bassey can also cross the ball and create chances for his team. The player averaged 3.34 crosses per 90 minutes.

Calvin Bassey has shown versatility on the pitch and was one of the top performers on Rangers’ side this season. He can pass the ball and defend the goal using his physicality. A lot of Premier League clubs are after the defender, and Rangers could find it difficult to stop him from leaving.