Rangers won their fourth consecutive game in the Scottish Premiership after a 2-1 victory over Motherwell. Malik Tillman and John Lundstram were on the scoresheet for the Gers. Giovanni van Bronckhorst’s men are two points behind Celtic in the league table.

Which Motherwell player won the most aerial duels? What were the recovery zones for Rangers? 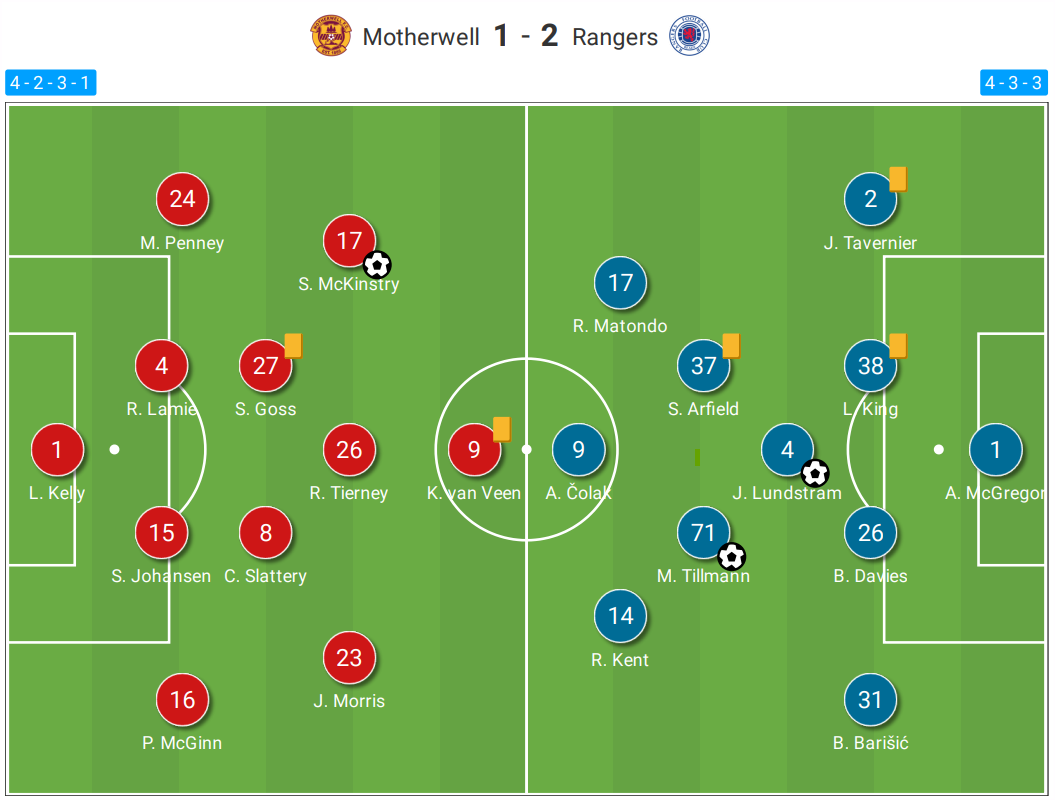