Giovanni van Bronckhorst’s search for players continues as the former Netherlands captain looks for the replacements of a few departing players. Rangers have scouted a lot of players but have failed to land any. They have only signed John Souttar and haven’t solved their attacking issues. Rangers lack a little bit of creativity and could be short of striking options following the rumours of Alfredo Morelos’ departure. The Scottish Premiership runners-up have found a new target in the form of Aberdeen’s Lewis Ferguson. The former Rangers academy product was the top performer for the Dons last season. He is just 22 years old and carries a lot of potential going into the future.

Ferguson was on fire for Aberdeen in his 44 appearances across all competitions last season. He scored 16 goals and provided one assist. The central midfielder turned attacking midfielder made 36 appearances in the Scottish Premiership. The above viz shows the pass start location and the threat created from passes at different time intervals. The pass start location map shows that the player covered every area on the field and attempted most of the passes from the left side. He averaged 51.47 passes per 90 minutes with an accuracy rate of 84.69%. These passes included almost eight passes into the attacking third per 90 minutes. Ferguson only provided a single assist in the competition but created constant threats. 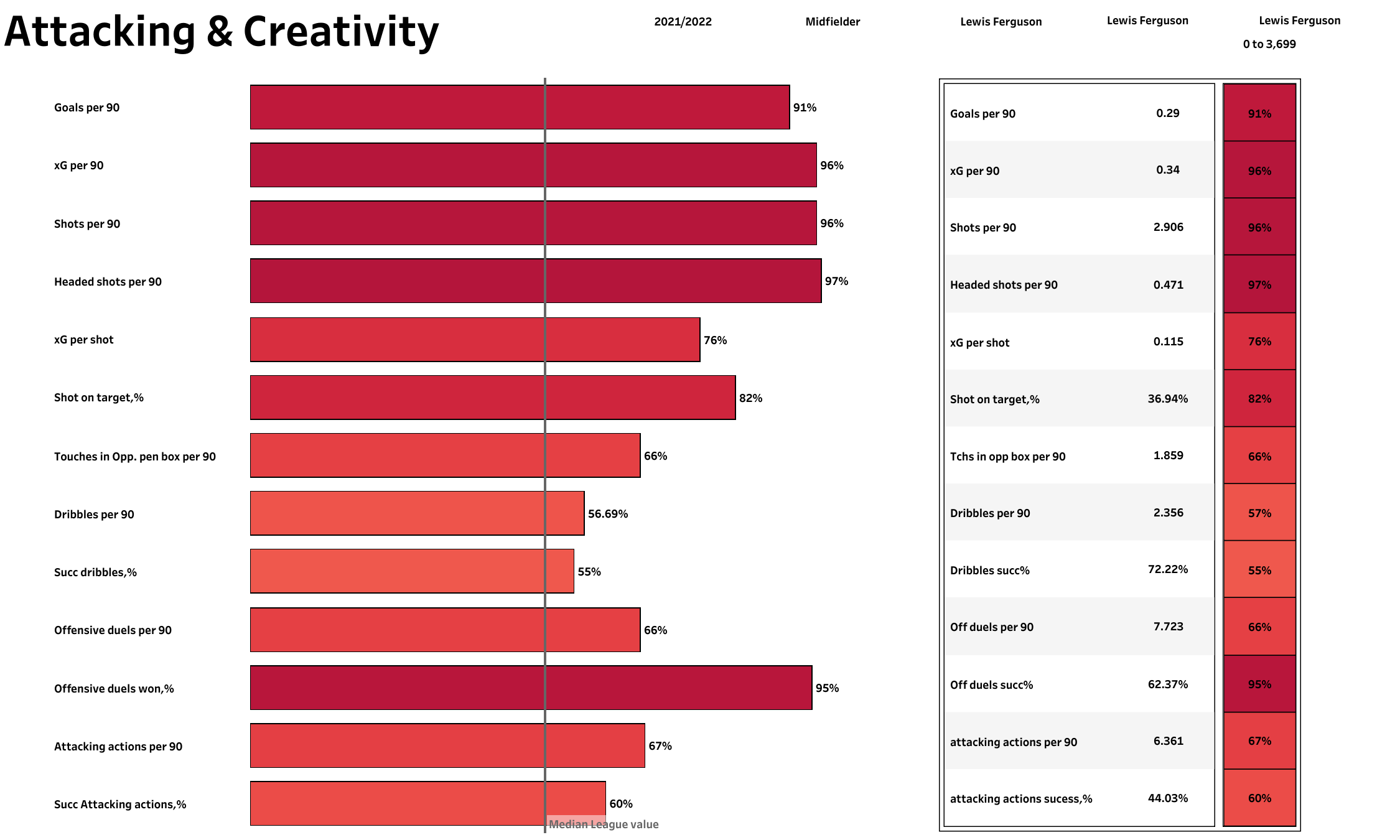 When looking at the above chart, the general rule is that the longer the bar, the better the performance — you can see the league average in the middle, and the % is the percentile rank the player is in. The midfielder was involved in only 6.3 attacking actions per 90 minutes and had a 44% success rate. However, he was effective in front of the goal and had a high percentile rank for scoring goals and xG per 90 minutes. The 22-year-old also contested 7.7 offensive duels and had a high win percentage of 62.37%. 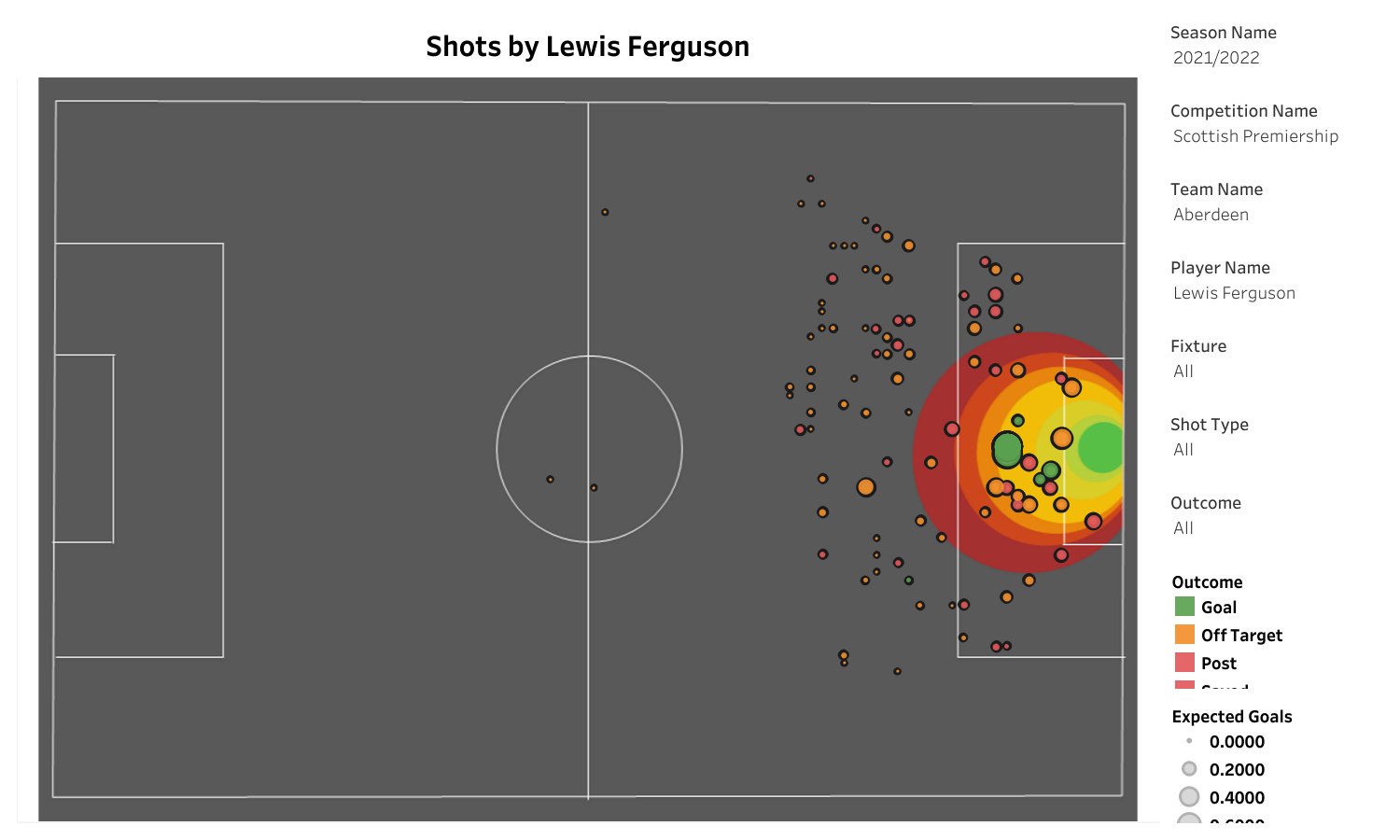 Ferguson scored 11 goals, and seven came off the penalty spot. Overall, the players attempted 111 shots, with an average of almost three shots per 90 minutes. The midfielder’s shot accuracy rate was 36.94%. The above shot map shows that Ferguson attempted most of the shots from outside the opposition’s penalty box, especially from the left side. He only scored one goal from outside the box. Ferguson is also strong in the air as he averaged 0.47 shots with his head per 90 minutes. This shows that the midfielder is a threat towards the opposition goal and could be a valuable addition to the Rangers’ squad.

Lewis Ferguson is on the wishlist of a few European clubs. However, Rangers can persuade the player as he has already played in their academy and would also look to spend more time in Scotland. Rangers will have to fight hard to sign the young midfielder.