Rangers had a decent start to their Scottish Premiership season. They won three matches in a row and then were held to a draw against Hibernian. The next match saw them return to winning ways. However, this was followed by a heavy 4-0 defeat against Celtic. They lost back-to-back matches in the UEFA Champions League after that, and that caused a lot of concern for the manager. The Gers have been a bit unlucky as they have missed some of their key players, especially the centre-backs. John Souttar and Ben Davies injured themselves during the season, while Filip Helander is out for a longer period. Giovanni van Bronckhorst has the experience of Connor Goldson in his backline, but the player alone is not able to hold the defence. James Sands has been his partner in most of the matches. He is a versatile player who fits more into the defensive midfielder role. The player had a poor run of performances and was dropped from the team in the last game. The Dutch manager gave a chance to young talent, Leon King. The 18-year-old is into his second full season with the Scottish team and is very highly rated at the club. Rangers won their last match, and Leon King started in that match. Is he the temporary solution for Giovanni van Bronckhorst in this injury crisis? We now look at some of the stats that show how the player has performed so far this season. 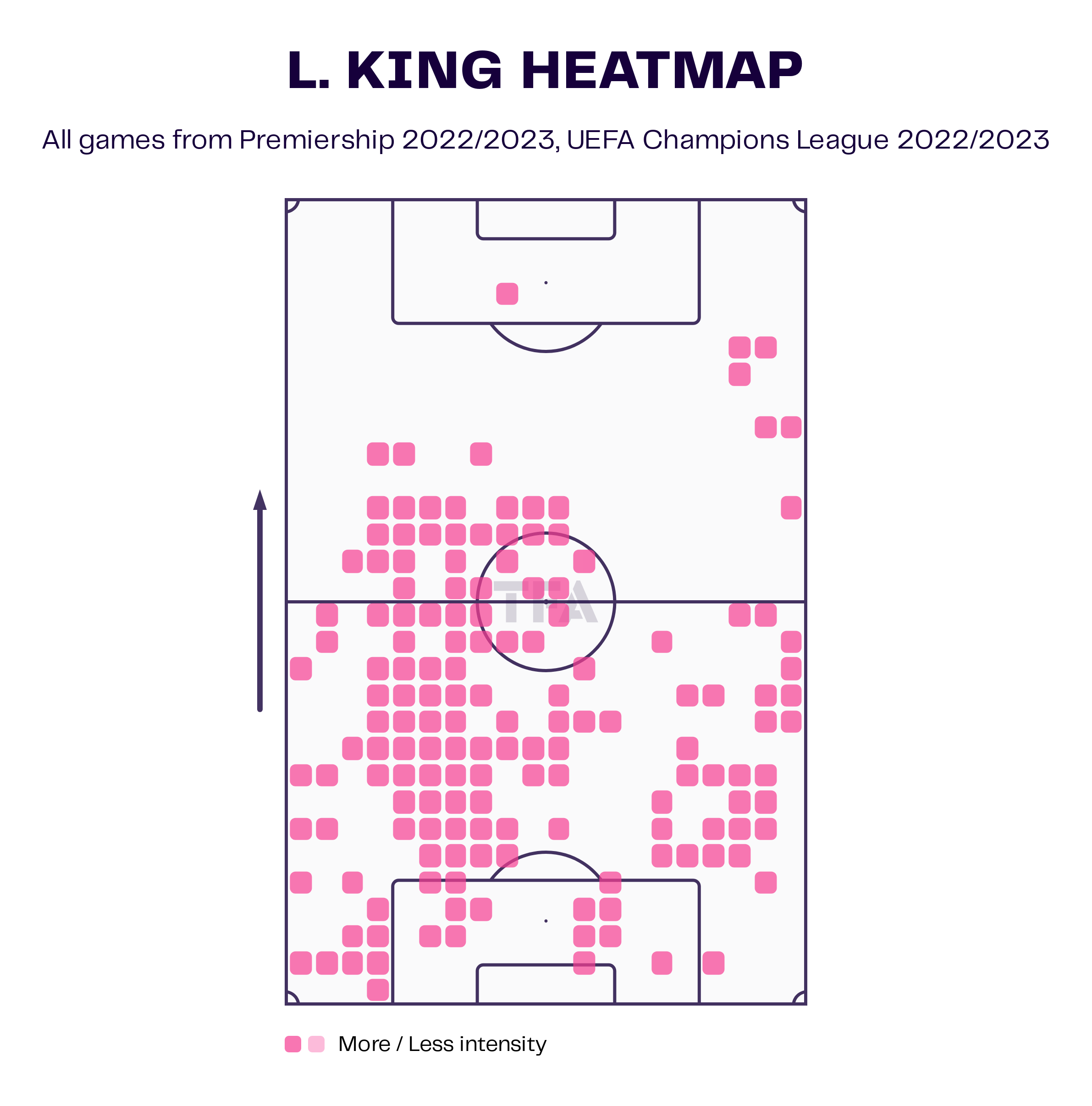 Leon King has started the majority of the games at left centre-back. He has made six appearances for Rangers combined in the Scottish Premiership and the UEFA Champions League. His only start of the season came in the last match. 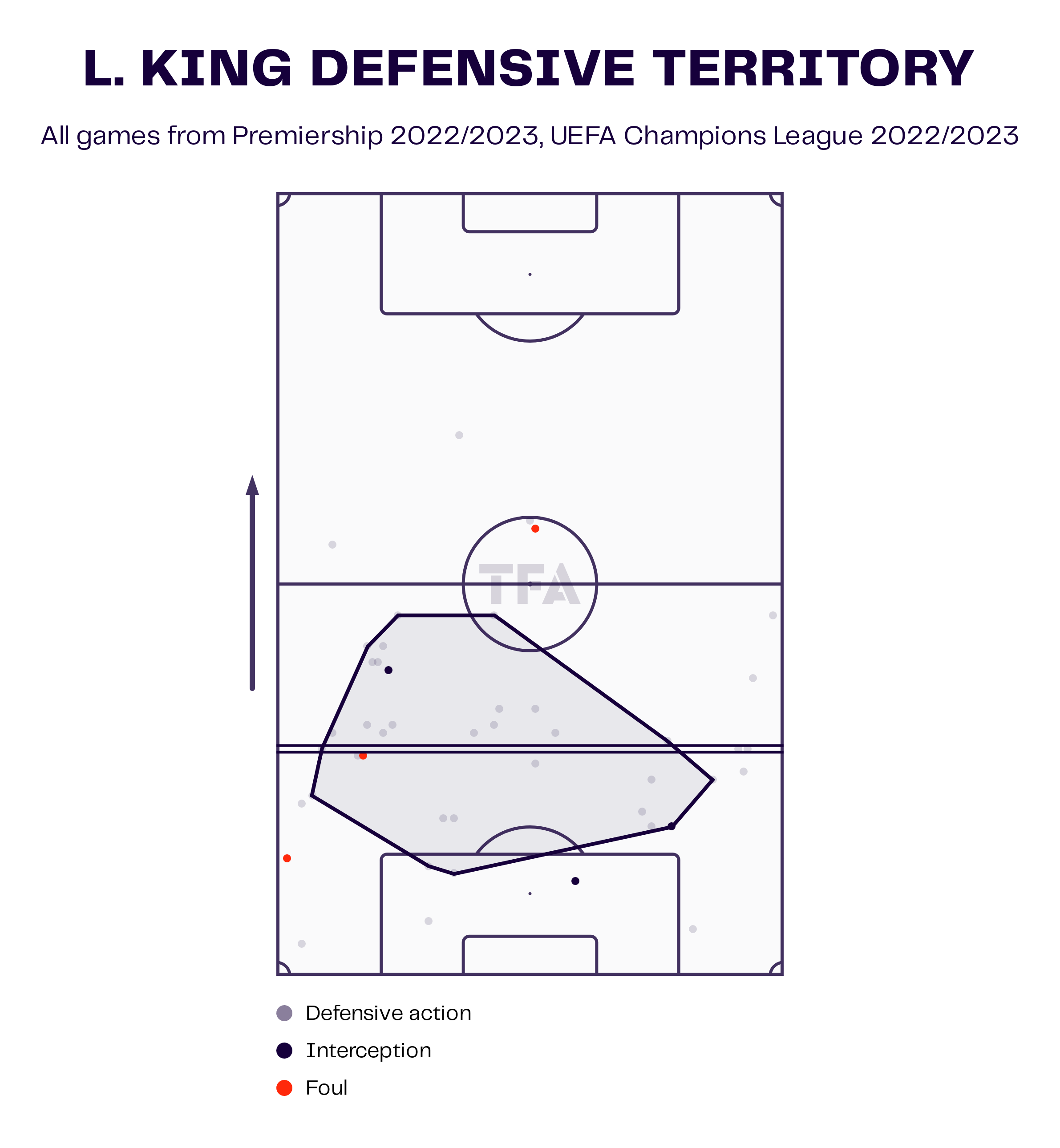 Leon King’s defensive territory has been inside his own half. The above viz shows the defensive area and the defensive action of the player. He contests most of these actions outside the penalty box. This season, Leon King averages 12.57 duels per 90 minutes and has a 54.1% win rate. He has won 55% of his defensive duels, 41.7% of his aerial duels, and 80% of his loose ball duels. Adding to this, King averages 9.17 recoveries, but none of them have been made inside the opposition half. Leon King was brought in when the Rangers needed to defend their lead or strengthen their defensive line. This is why the majority of his defensive plays have taken place in the defensive half. 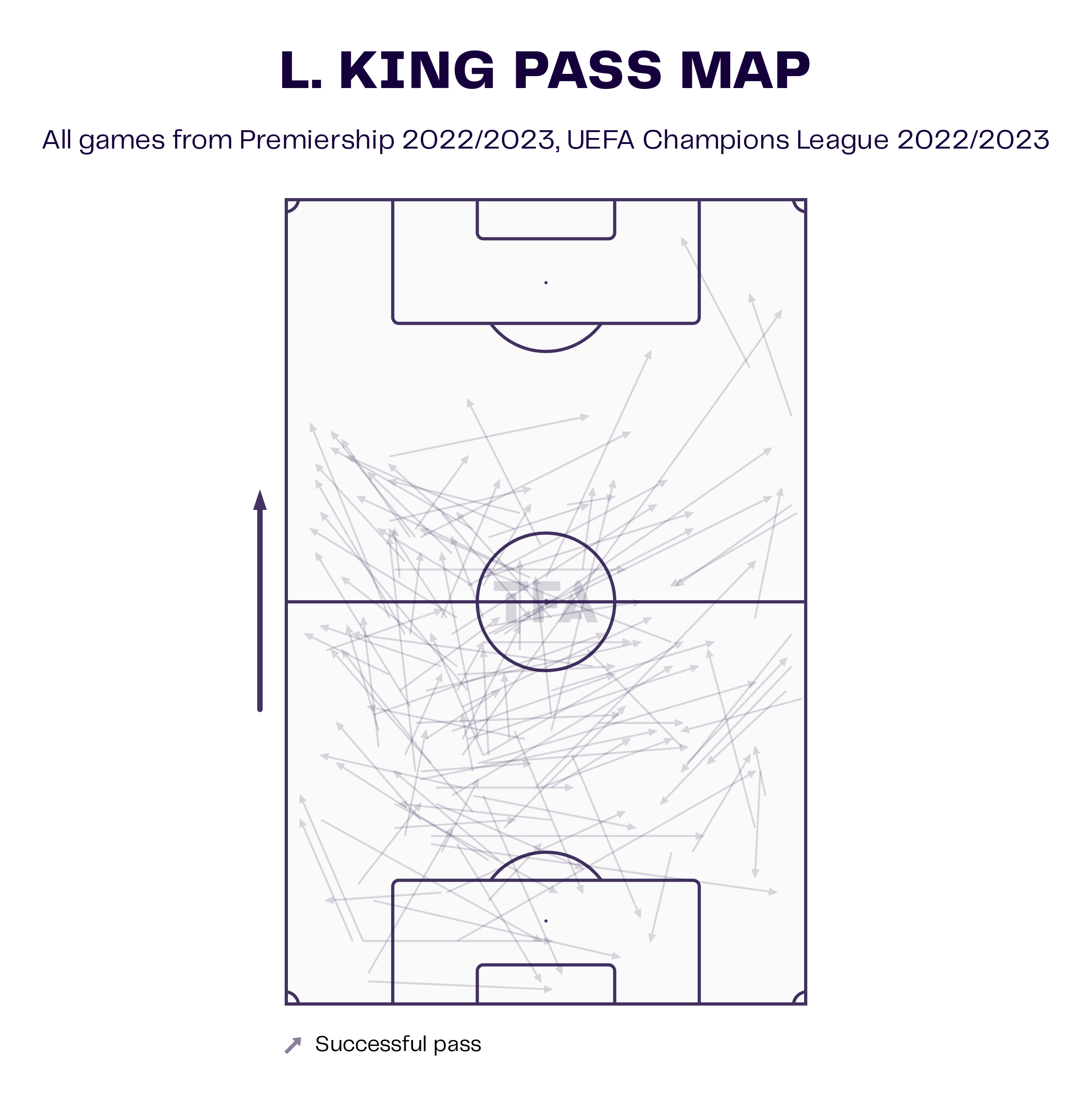 Leon King is surely a future defensive commander for Rangers. He can win duels, pass the ball, as well as recover the ball. The manager will hope that he raises his level and helps Rangers win matches until their main defenders return.