Leon King made his Rangers debut in 2020. He is a product of Rangers academy and has also represented his country at different age levels. The centre-back stayed with the team and wasn’t sent on loan last season. The 18-year-old defender had to wait until April to earn his first appearance in the Scottish Premiership 2021/22 season. He made four appearances in the league last season, and these included two starts. This season, he is once again expected to stay with the first team and gain some experience for the future. King showed versatility on the field as he played in the left-back and the left centre-back role. 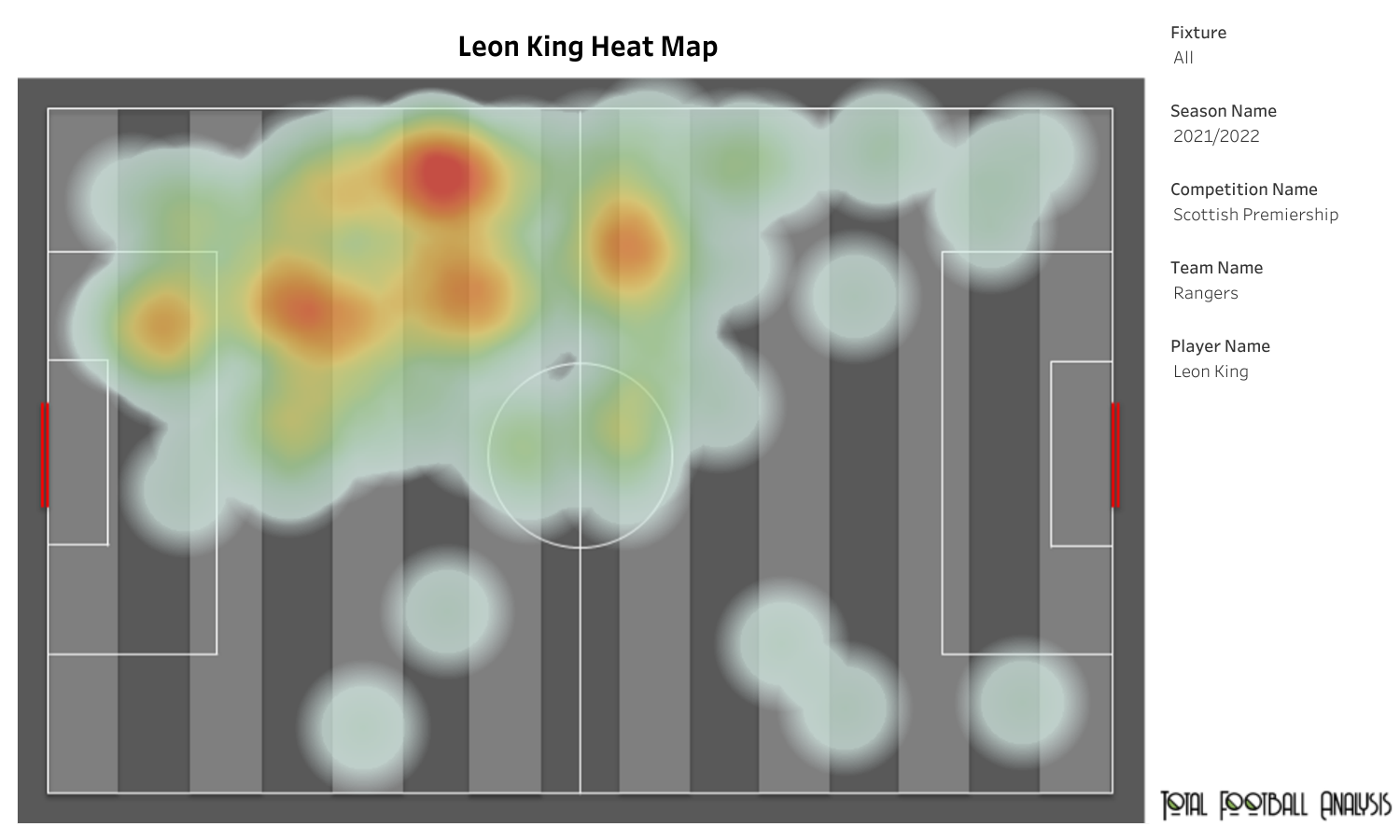 The above heat map shows the positioning of the player in four appearances. As mentioned earlier, he started as a centre-back and as a left centre-back. The player covered a lot of area in just 184-minutes spent on the field. 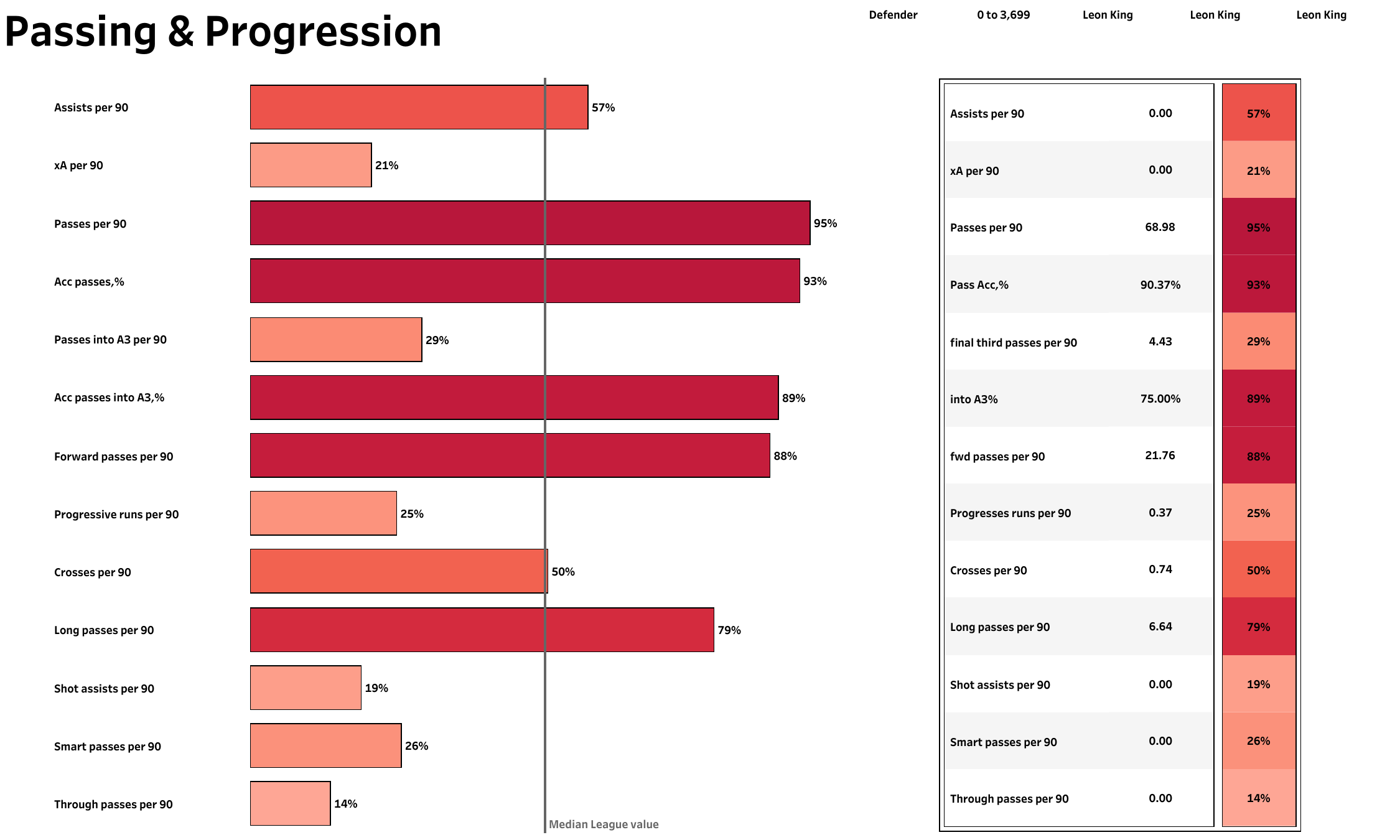 When looking at the above chart, the general rule is that the longer the bar, the better the performance — you can see the league average in the middle, and the % is the percentile rank the player is in. The centre-back averaged almost 69 passes per 90 minutes with a high accuracy rate of 90.37%. These passes included 21.76 forward passes per 90 minutes. Overall, the player attempted 187 passes, most of them directed towards Steven Davis. He attempted 27 passes towards the midfielder, followed by 23 passes each towards Connor Goldson and Borna Barisic. 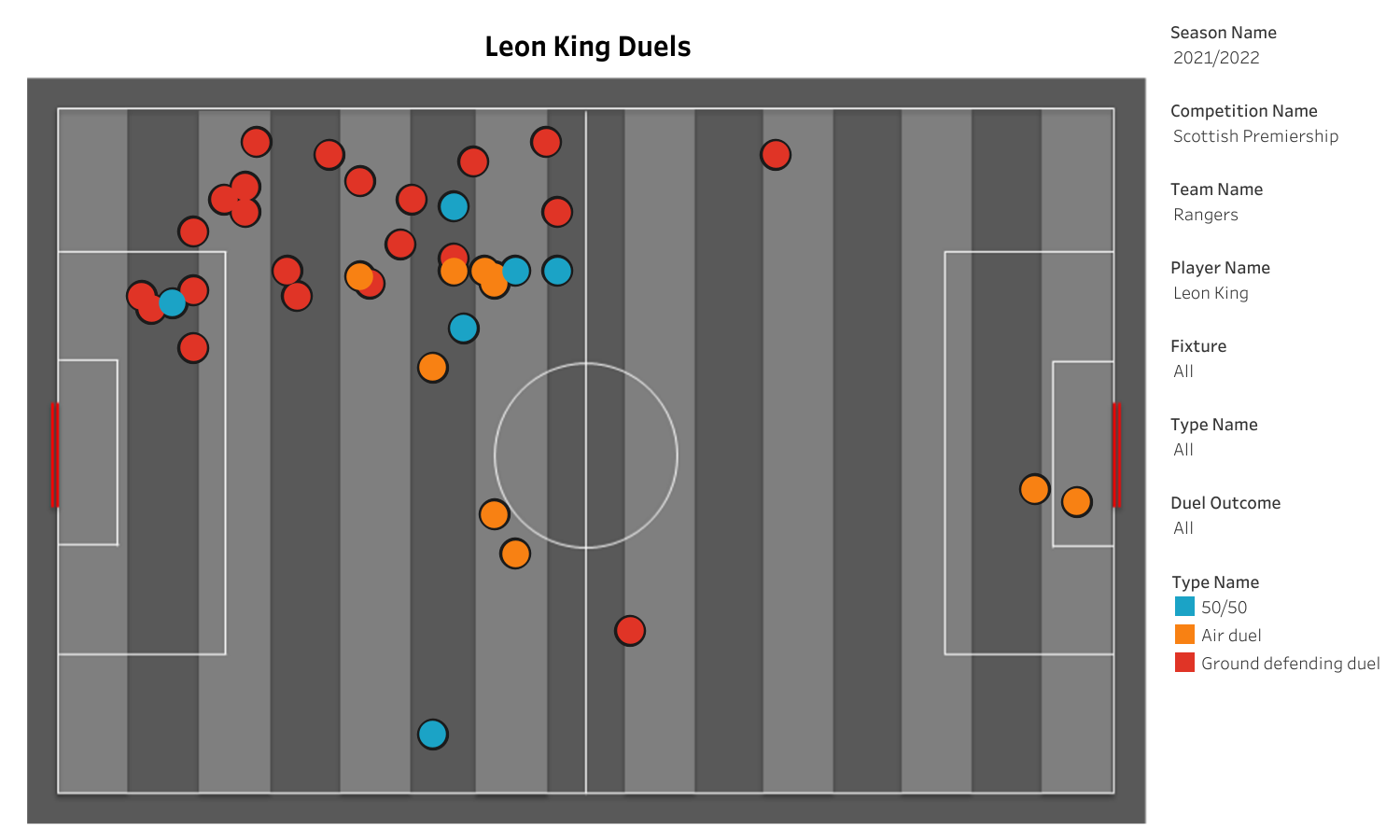 King was involved in 11.4 defensive actions per 90 minutes and had a 74.2% success rate. The players contested 8.11 defensive duels, 3.69 aerial duels and 2.21 loose ball duels per 90 minutes. He won 36.36% of defensive duels, 20% of aerial duels and 33.33% of loose ball duels. Most of the duels were contested inside their team’s half. His other defensive contributions included six interceptions and 22 recoveries. Of these 22 recoveries, five were made inside the opposition’s half.

Leon King is a talented youngster and performed well in just four appearances for Rangers last season. The 18-year-old still needs a lot of grooming, and he will look to improve his stats in the next season. If there are any offers for the player, Rangers may send him on loan. Otherwise, he will remain as a backup option for the Scottish Premiership runners-up.