Rangers will have a new centre-back in their team in the form of former Hearts defender, John Souttar. The centre-back signed a pre-contract in January and remained at Hearts for the remainder of the season. He will be a new addition to Giovanni van Bronckhorst’s side as they will look to win the Scottish Premiership title back from Celtic. Connor Goldson signed a new four-year deal with Rangers, and they now have three solid centre-back options. Calvin Bassey is rated as their best defender, and he is likely to hold his position in the back four. However, his future is also uncertain, as Steven Gerrard is keen to sign him for Aston Villa. If he stays, then Giovanni van Bronkhorst might have a selection dilemma in selecting the other centre-back between Goldson and Souttar.

Souttar played 27 matches for Hearts this season. He missed some of the matches due to injuries. The defender was a threat in the air on set-pieces and scored four goals. 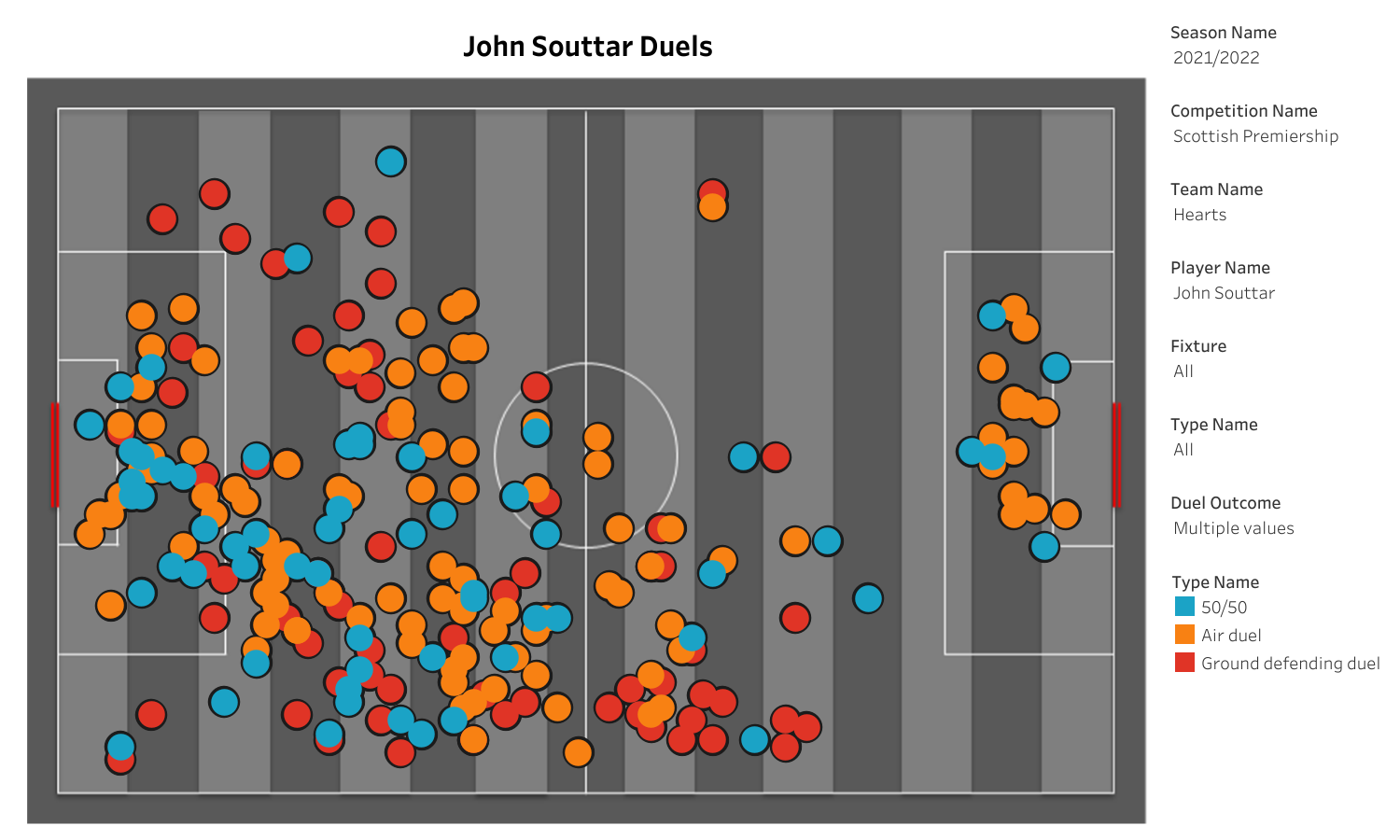 The 25-year-old defender steadied Hearts’ defence this season and helped them to earn a third-place finish in the Scottish Premiership table. The above viz shows all the duels that were won by the player or the duels that ended in a neutral result. We can observe that he had won a few aerial duels inside the opposition’s penalty box. He averaged four defensive duels, 5.41 aerial duels and 3.12 loose ball duels per 90 minutes, respectively. His success rate was 28.18% for defensive duels, 67.79% for aerial duels, and 54.655 for loose ball duels. 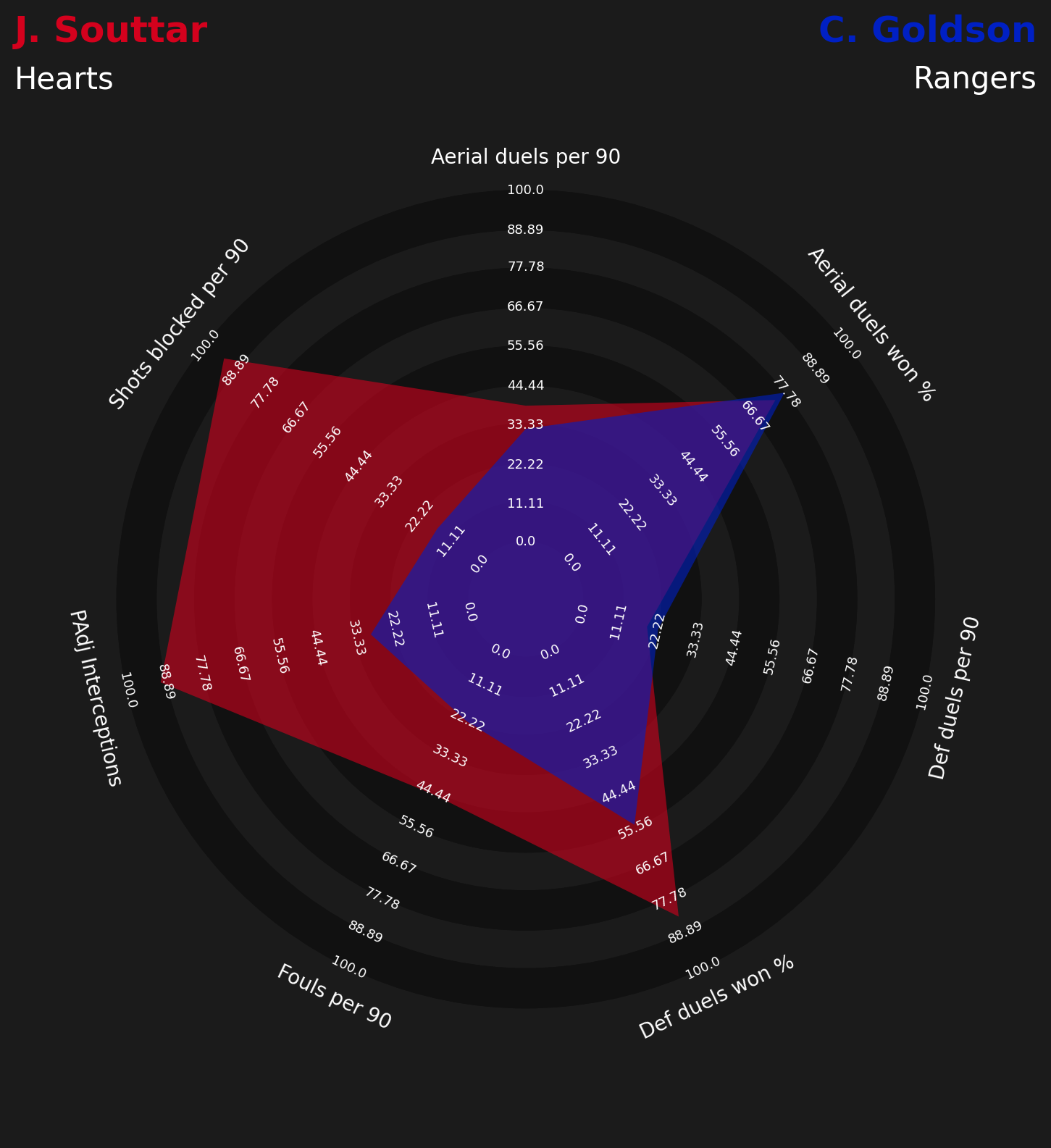 The above graph compares Goldson’s and Souttar’s defensive stats. Souttar is represented in red and Goldson in blue. Rangers dominated their opponents, and their defenders had to do less defending as compared to Hearts’ defenders. However, Souttar had an impressive record as he blocked a lot of shots and made more interceptions. Both players were equally good in the air. 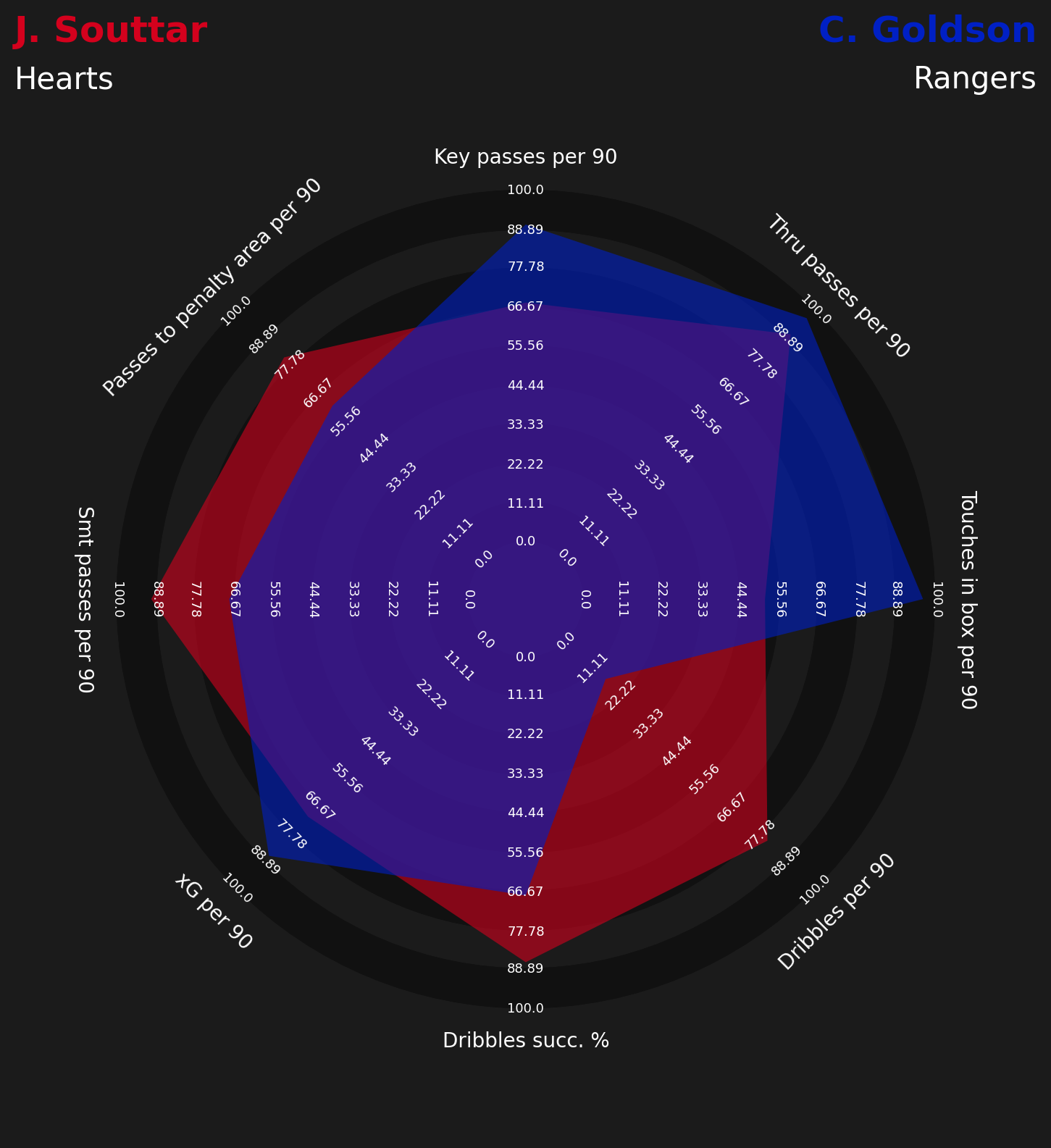 Both players are better than each other in one way or the other. The manager might have a headache in selecting the right pair. If Calvin Bassey leaves, then these two might form a new partnership between them.