Rangers signed John Lundstram on a free transfer from Sheffield United at the start of the Scottish Premiership 2021/22 season. The 28-year-old played his first season in the Scottish league and was impressive on the pitch. He played in the heart of the midfield and acted as a link between the attack and the defence. Rangers had a lot of injury issues this season. Some of their key players missed a few games, and other players had to deputise in their place. Lundstram had a tough start to the season and spent most of the minutes on the bench. However, he showed his worth after featuring regularly towards the end of the first and second half of the season. Here are some of the stats that highlight his performances for Rangers in the recently concluded season.

Lundstram made 27 Scottish Premiership appearances, and nine of them came off the bench. He played a defensive role for his side and had only one goalscoring contribution. He scored a goal against Hearts, and that was his first goal for the new club. Lundstram attempted 20 shots throughout the season with a 25% shot accuracy rate. 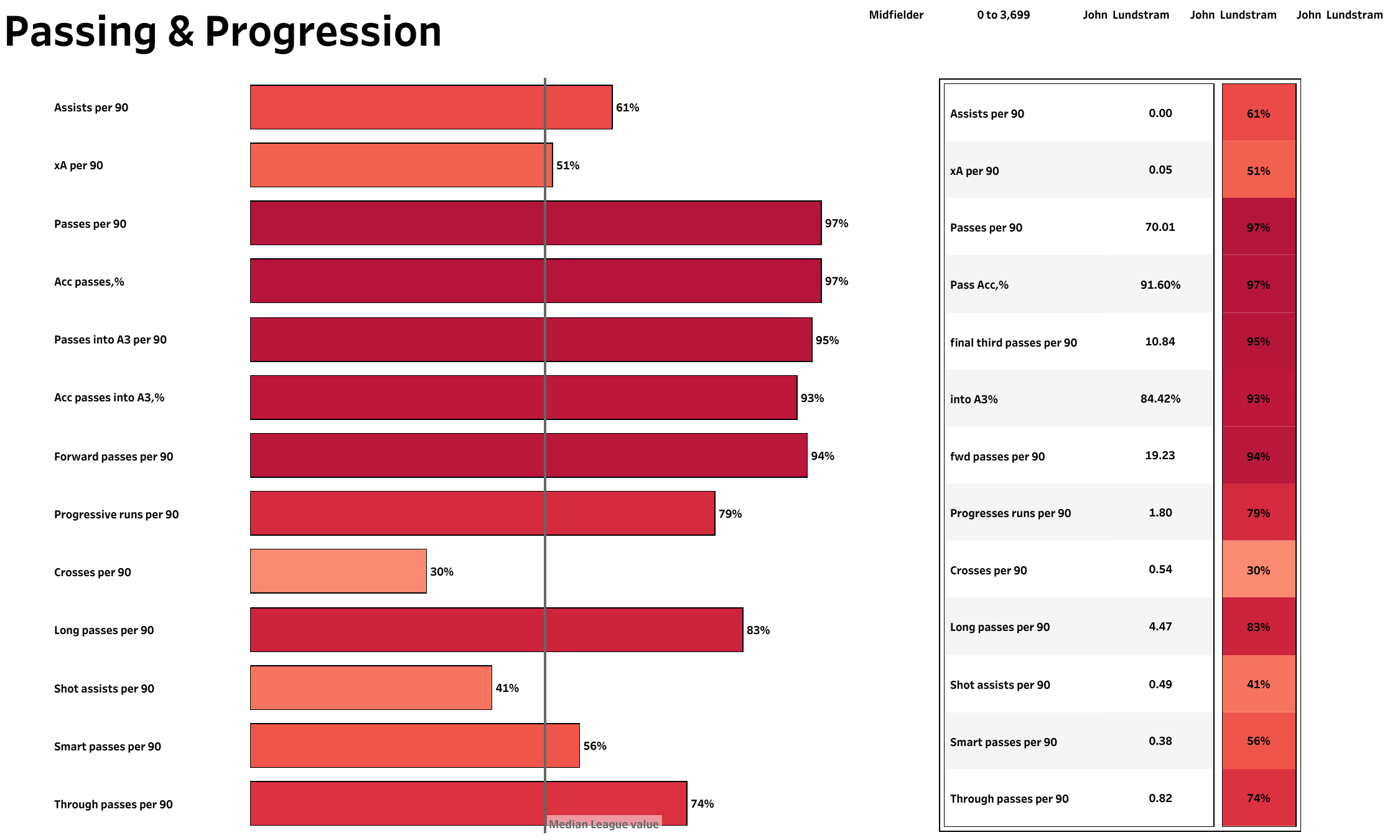 When looking at the above chart, the general rule is that the longer the bar, the better the performance — you can see the league average in the middle, and the % is the percentile rank the player is in. The 28-year-old played as a defensive midfielder for Rangers. He averaged 70 passes per 90 minutes with a high accuracy rate of 91.6%. Notably, the player has a high percentile rank for attempting passes into the final third, and all 19 of his passes in the match were forward passes. Most of the passes were made to link the play between the defence and the attack. 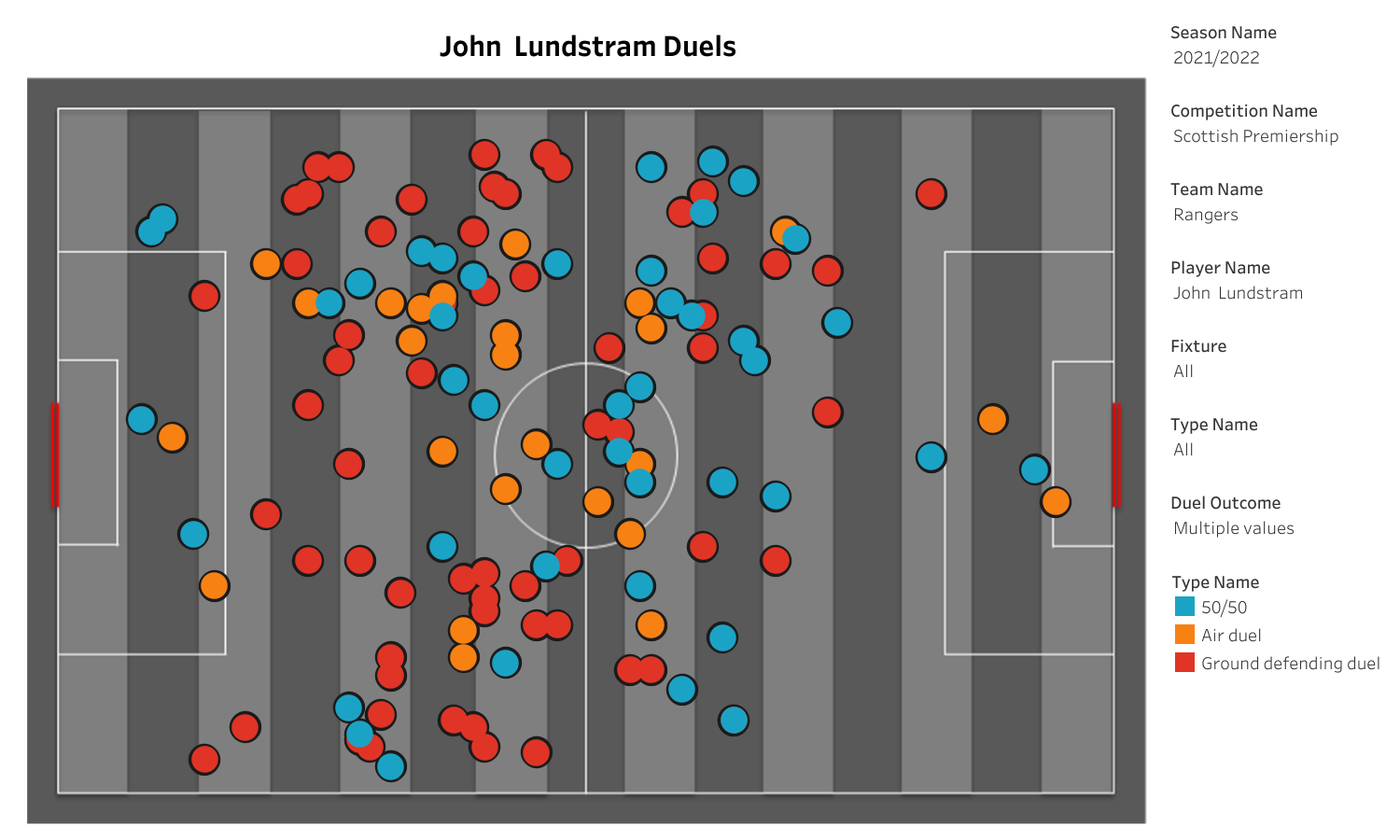 Since the player featured in the defensive midfielder role, he allowed the full-backs to run forward, especially James Tavernier. The above viz shows all the duels that were won or ended in a neutral result. Lundstram won a few duels inside the opposition’s half. He contested 6.43 defensive duels, 2.45 aerial duels and 3.54 loose ball duels per 90 minutes, respectively. He won 29.66% of defensive duels, 51.11% of aerial duels, and 50.77% of loose ball duels. The player contested duels everywhere in the middle third.

The 28-year-old midfielder also played a crucial role in Rangers’ run to the UEFA Europa League final. He scored a goal each against Borussia Dortmund and RB Leipzig. Giovanni van Bronckhorst showed some trust in the midfielder and was awarded starts in the first team. John Lundstram will look to improve his game and secure a starting spot. He made some important contributions and will look to do so again in the next season.