Rangers are one of the few teams interested in the signing of Blackburn Rovers midfielder, Joe Rothwell. The former Manchester United player joined Blackburn Rovers in 2018 and played one of the most productive seasons of his career. He was on the wishlist of Steven Gerrard last season, but the move didn’t happen. However, the player had an outstanding season and is likely to leave the English club in the summer. The Scottish Premiership side are also looking to add a few names to their squad to strengthen their chances of winning back the league title. 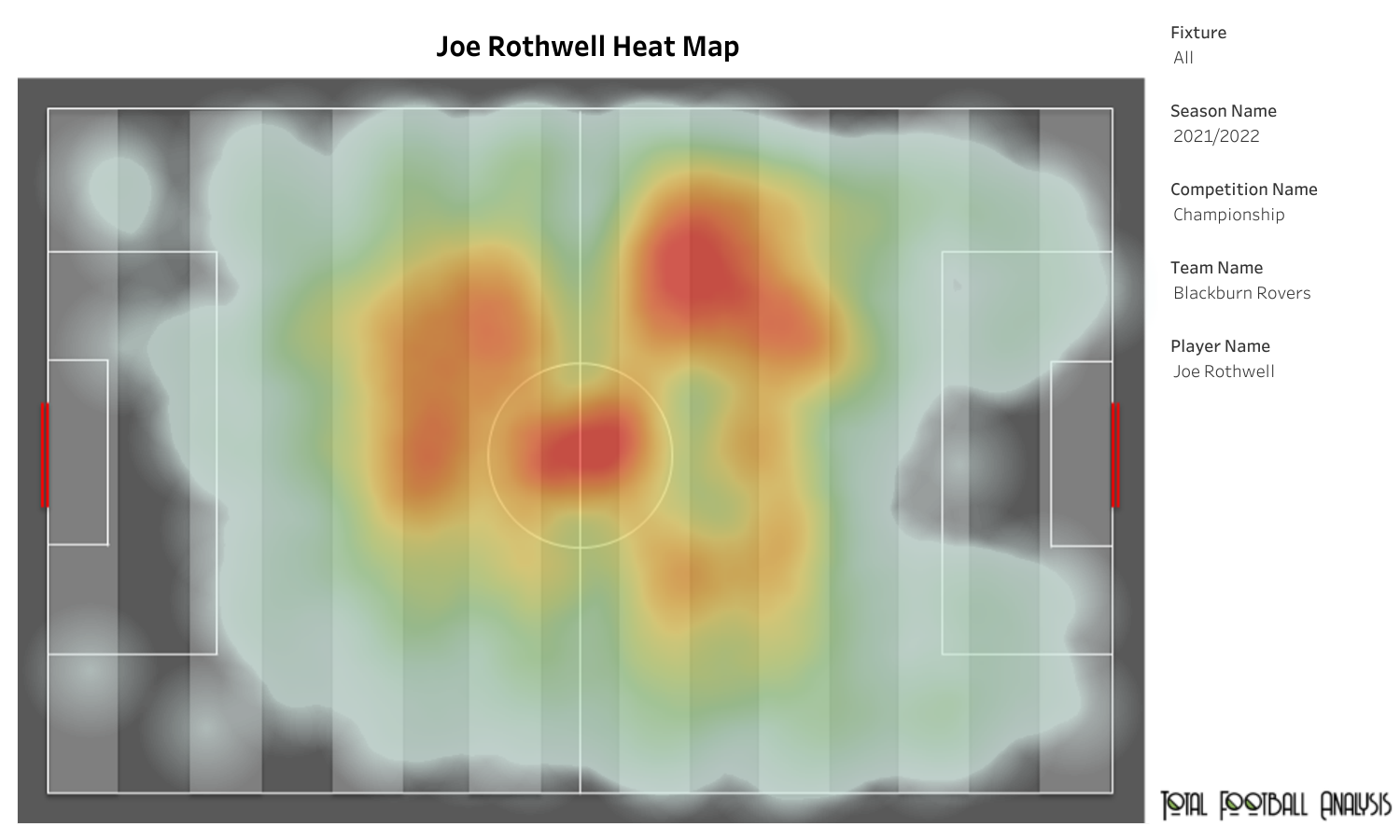 Rothwell made 41 appearances for the EFL Championship side. He started in 36 matches and scored three goals. Rothwell bossed the midfield and created chances for his teammates, providing ten assists in the whole season. The above heat map indicates that the 27-year-old played in the centre as well as on the left side of the midfield. He penetrated the opposition’s penalty box and took 31 touches inside the box. Joe Aribo is being linked with a move away from Ibrox. This would be a big loss for Rangers in the midfield. Rothwell plays in a similar kind of position and could become a perfect fit for the team. 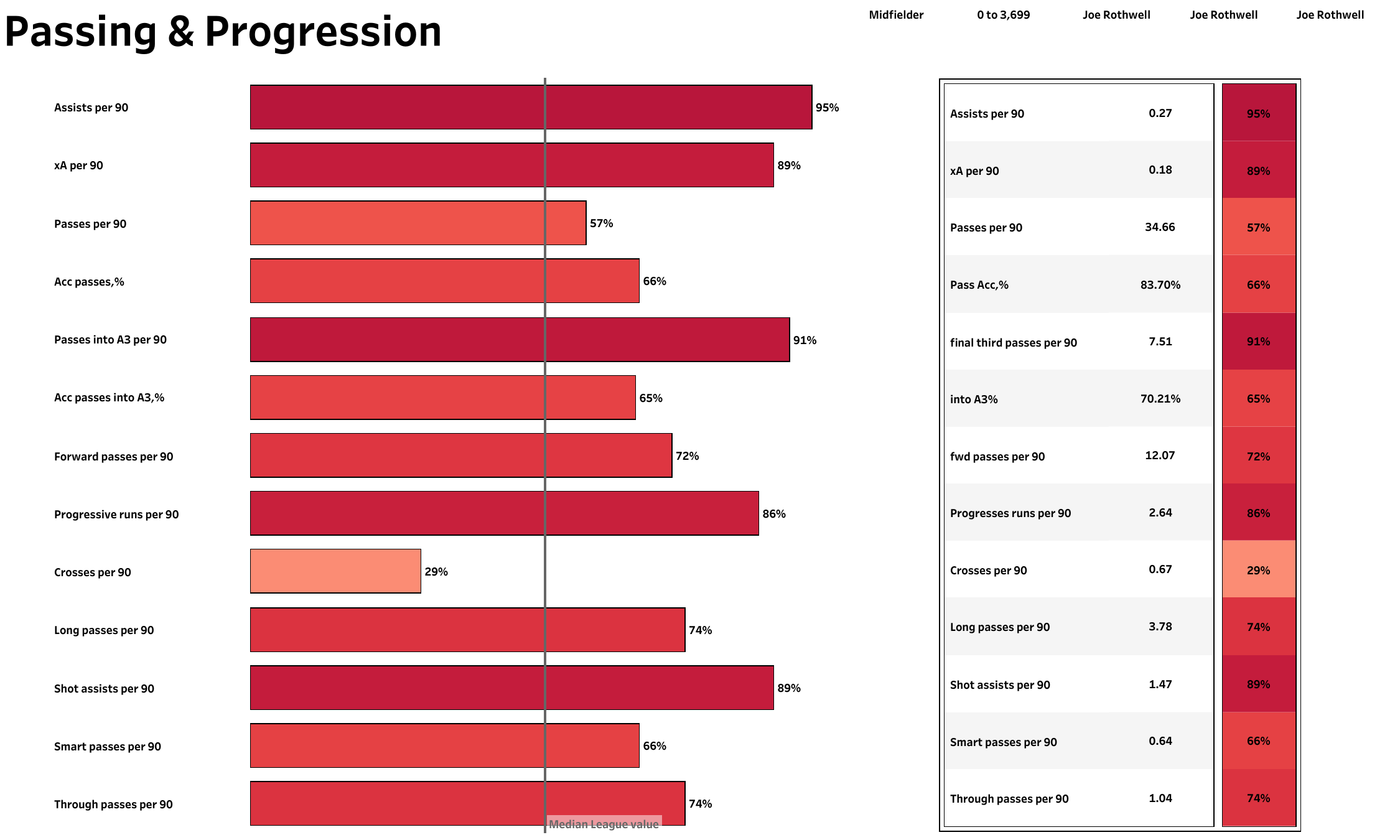 When looking at the above chart, the general rule is that the longer the bar, the better the performance — you can see the league average in the middle, and the % is the percentile rank the player is in. The above viz shows the passing stats in comparison to other midfielders in the EFL Championship. He was one of the highest assist providers in the league. With an accuracy rate of 83.7%, the player attempted 34.66 passes per 90 minutes. Of these, he attempted more than seven passes per 90 minutes in the attacking third. Notably, he had the highest shot assist per 90 rate in the league. 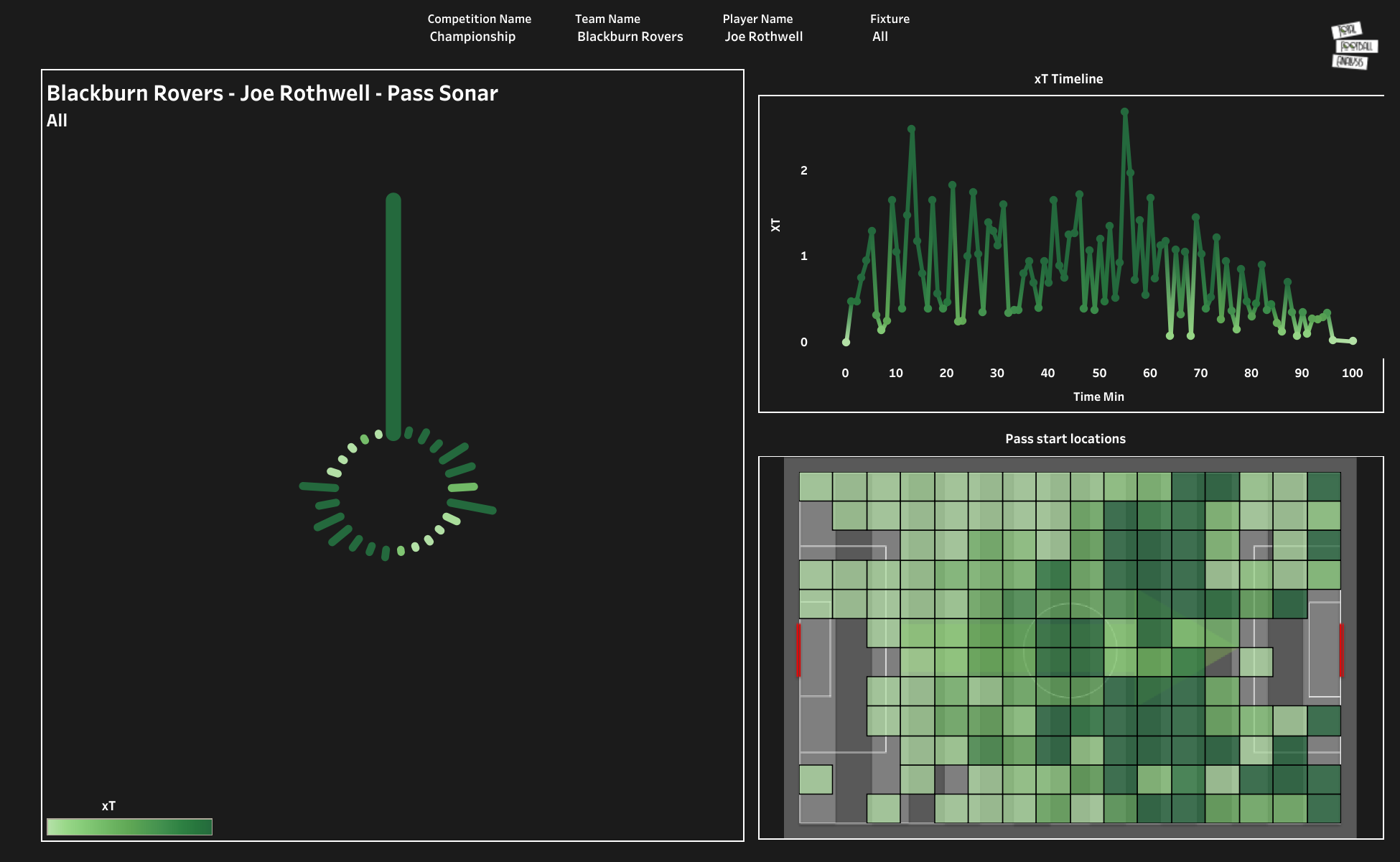 The above viz shows the pass start location of the player and the threat created from passes at different time intervals. It can be observed that the player attempted a lot of passes from the edge of the attacking third. He also took wider positions and attempted a few passes that created threats. The xT timeline shows that Rothwell created more threats from passes in the first 60 minutes of the match. He created fewer threats towards the end of the match. 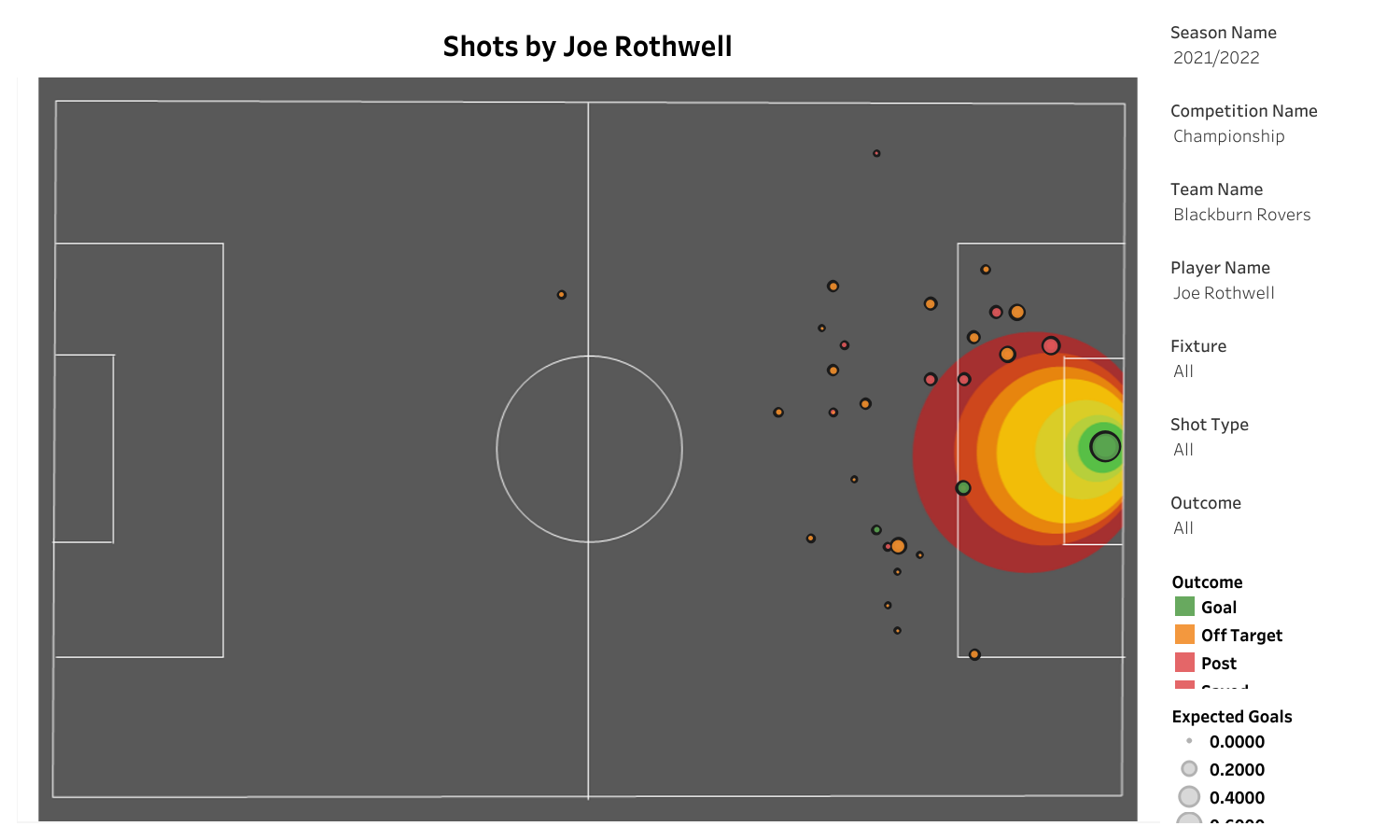 Rothwell attempted 31 shots with a 29.03% shot accuracy rate. He scored three goals, and the goals were scored from three different positions. He scored one of the goals from inside the opposition’s 6-yard box, one from the edge of the penalty box, and one from outside the box. The above shot map shows that Rothwell attempted most of the shots from outside the opposition’s penalty box.

The 27-year-old midfielder could be a great addition to Rangers. They will try to sign him but remain unsure about the future of their players. Joe Rothwell is likely to make a move away from Blackburn Rovers.