James Sands has been a part of Rangers since January 2022. He was signed on an 18-month-long loan spell with an option to buy. The 22-year-old is a versatile player who can play as a defensive midfielder or as a centre-back. Last season, the USA international made 12 appearances in all competitions for the Gers, which included seven starts. These 12 appearances included seven appearances in the Scottish Premiership. Rangers had a well-settled defence last season, and Sands played as a defensive midfielder in most of the games. The manager has used him this season more frequently due to some injury issues and Sands’ consistency on the field. 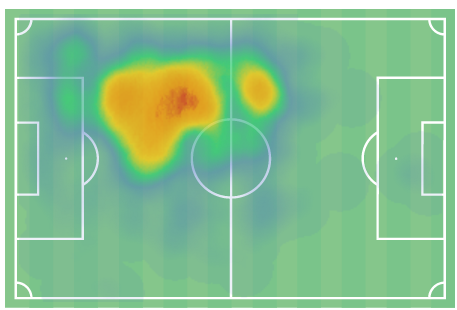 Sands has been used as a centre-back by the Dutch manager. He has already made six appearances in all competitions with three coming in the UEFA Champions League qualification rounds. The 22-year-old has spent 493 minutes on the field so far and has helped his side to keep two clean sheets. The above viz shows that Sands has covered many areas on the left side and has often played a high line. Some of the stats from this season show why the manager has shown his faith in the youngster. 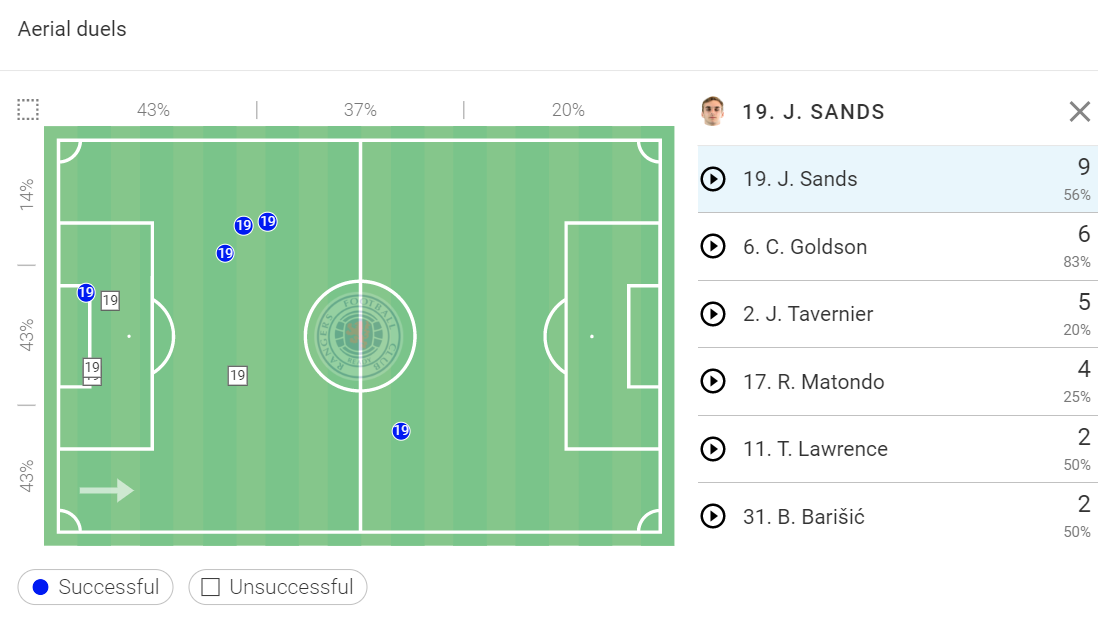 Sands has contested 81 duels this season with a 56.8% success rate. These include 21 defensive duels, 36 aerial duels, and 15 loose ball duels. The USA international has a win percentage of 66.7% for defensive duels, 47.2% for aerial duels and 60% for loose ball duels. Sands might have a comparatively lower win percentage for aerial duels, but the player has not stayed away from any challenge. In the last Scottish Premiership game against Hibernian, the player contested nine duels and won five in crucial areas. 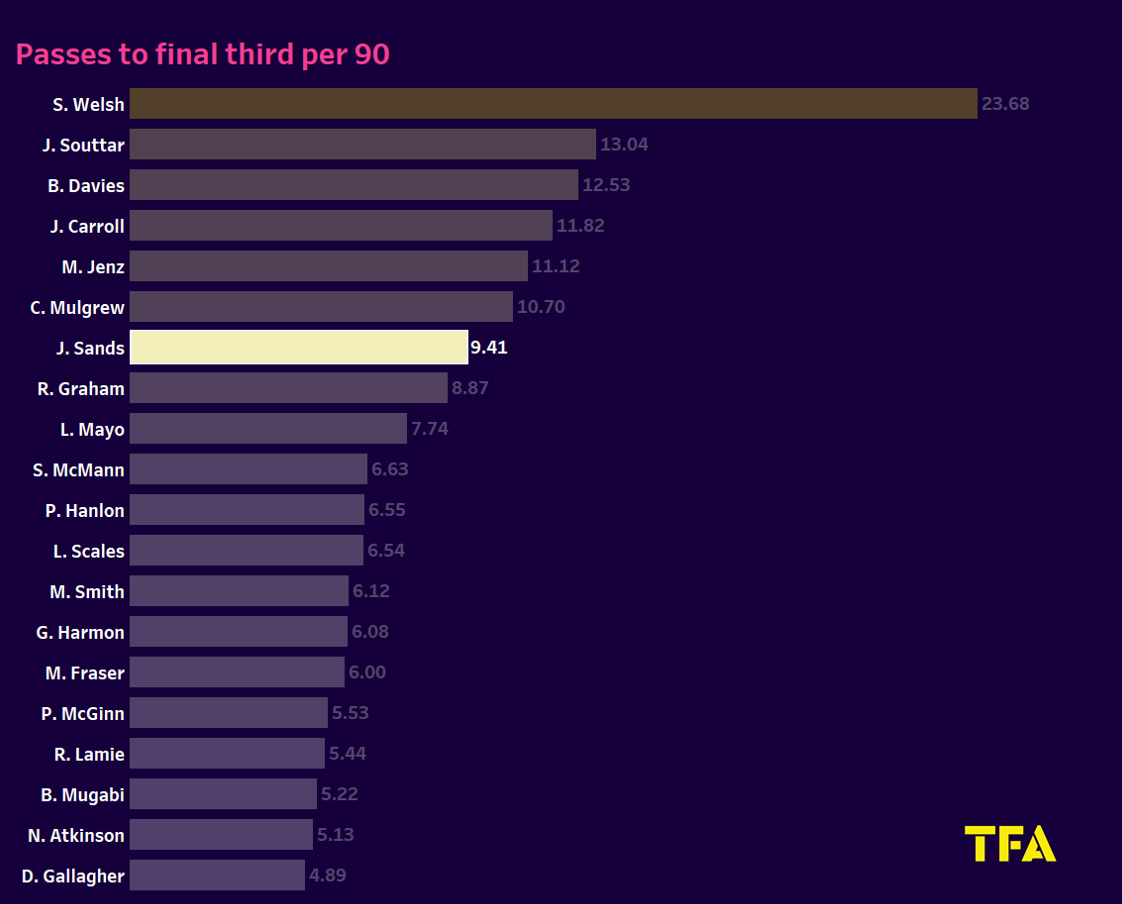 Sands has previously featured as a midfielder in the team. This means that the player has confidence with the ball and can deliver some crucial passes. He averages 74.86 passes per 90 minutes in the league with a high accuracy rate of 91.8%. The above viz shows that Sands is ranked highly for attempting passes to the final third. He averages 9.4 passes per game with a 74% accuracy rate. Adding to this, the player has also attempted four passes into the opposition’s penalty box with a 50% success rate. This shows that the player can create plays from the back, and that can cause trouble for the opposition. 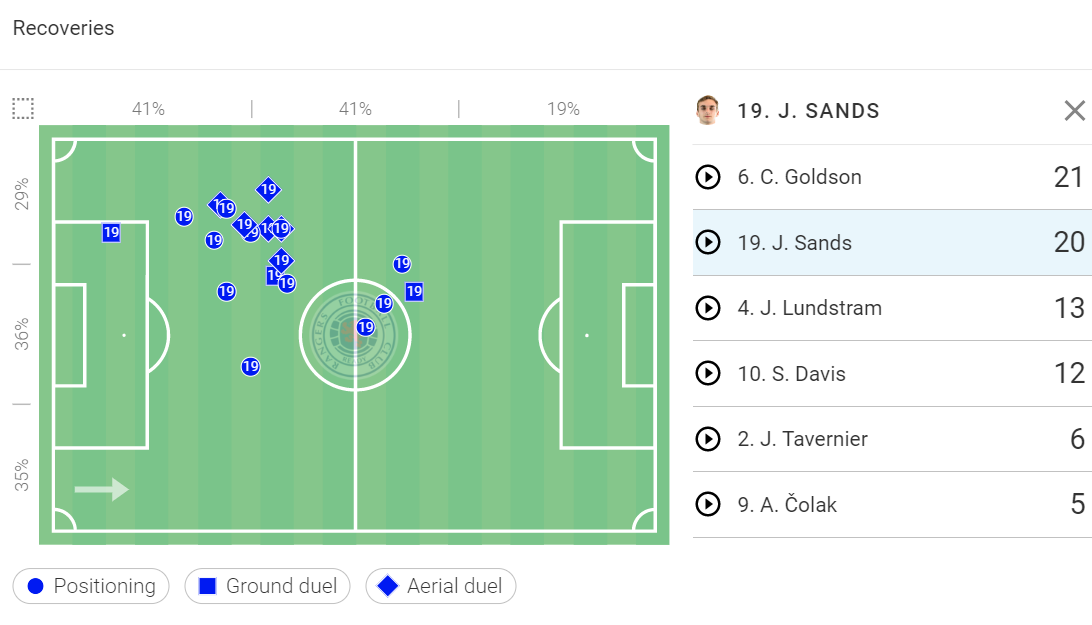 Sands is starting to adjust to the pace of European football. He is getting his confidence by spending more minutes on the pitch. Giovanni van Bronckhorst can also use him as a defensive midfielder to see off some of the matches. He could become the next first-choice centre-back for the club.