Rangers had the fear of losing some of their key players in the summer. Joe Aribo and Calvin Bassey left the club in the summer but Rangers were able to keep hold of other players. Glen Kamara was one of the players who was heavily linked with a move away from Ibrox. However, the deal wasn’t finalised with any other club and the Finnish international remained in the Scottish Premiership. He is now being linked with a move away in January. Will it be good business for Rangers to sell their midfielder in the winter? We look at some of the stats of Glen Kamara that show whether the Gers should stick with him or let him go. 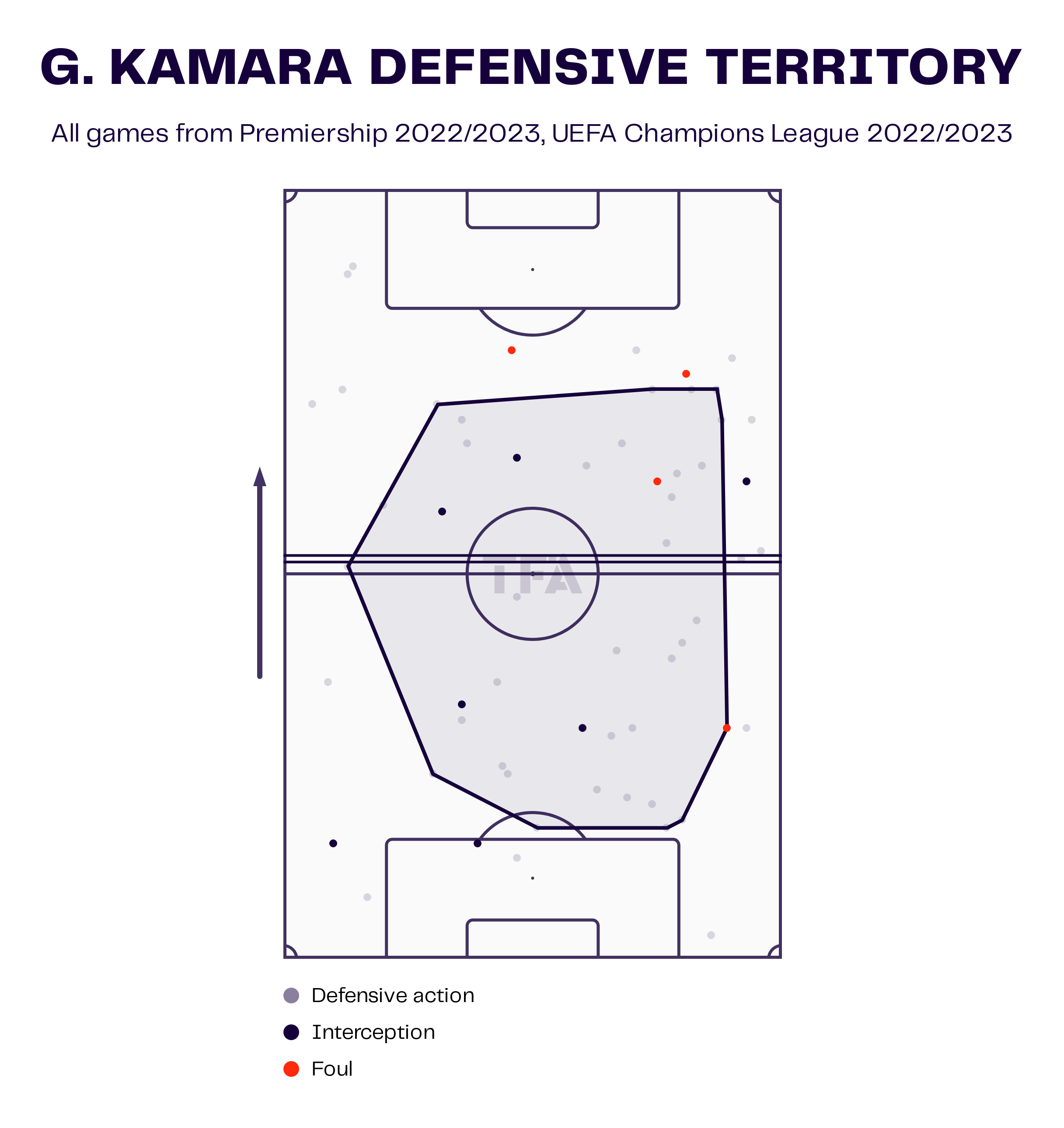 Glen Kamara used to play in a defensive role before last season. The manager decided to give him a more attacking role last season and he featured as a left central midfielder, right central midfielder and as an attacking midfielder. This season, he is once again being used in these different roles. However, Kamara has failed to become a regular under Giovanni van Bronckhorst this season. His performance level has gone down and he has performed fewer actions than he did last season. 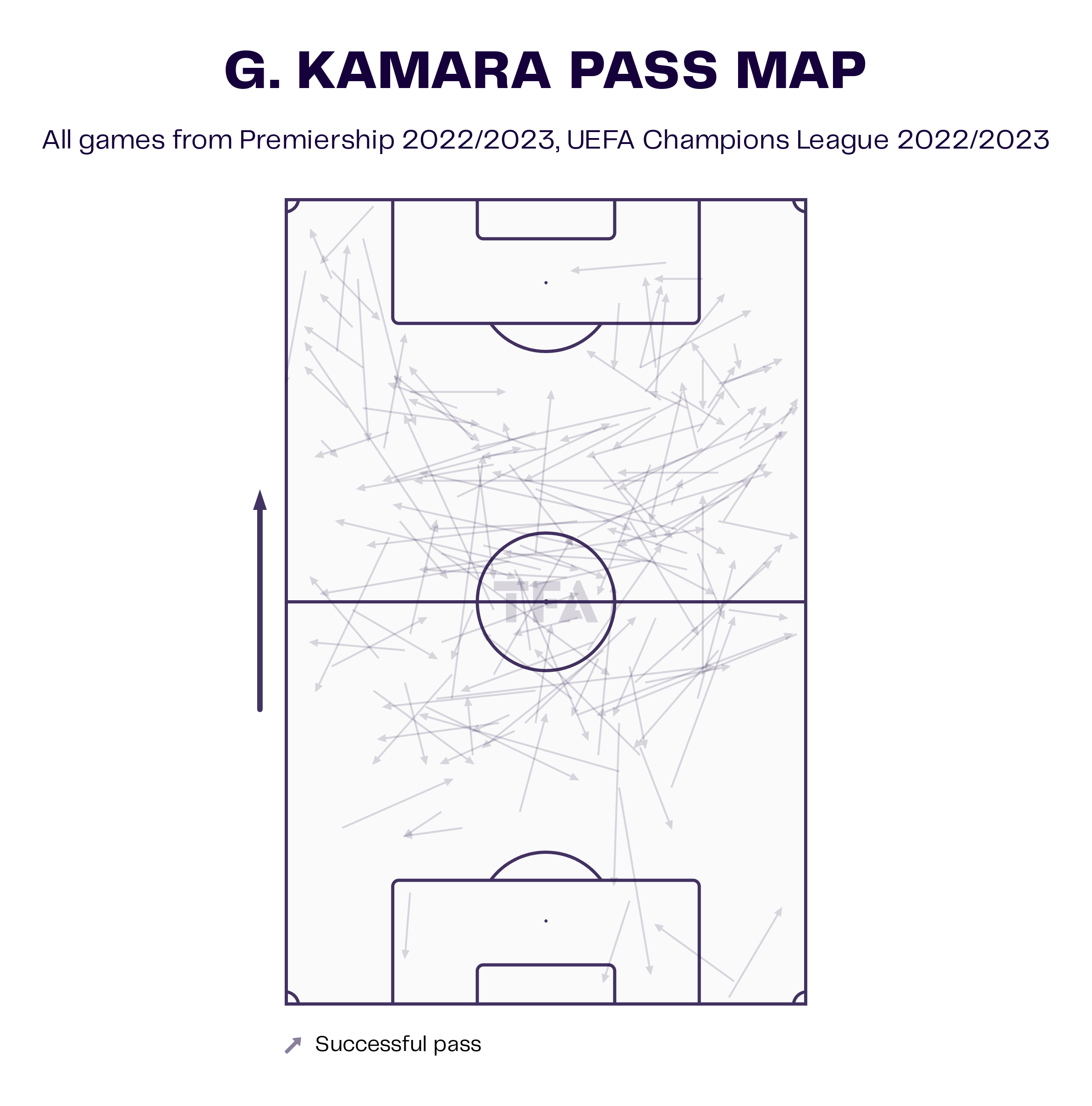 Glen Kamara used to have a fair share of possession last season and averaged 54.06 passes per 90 minutes combined in the Scottish Premiership and the UEFA Europa League. The accuracy rate was 91.7% and he attempted 7.13 passes to the final third. This season, the passing average has gone down to 36.85 per 90 minutes and the accuracy rate is 87.9%. He only averages 3.18 passes to the final third. This is a bit of a worry as Kamara was one of their best midfielders. 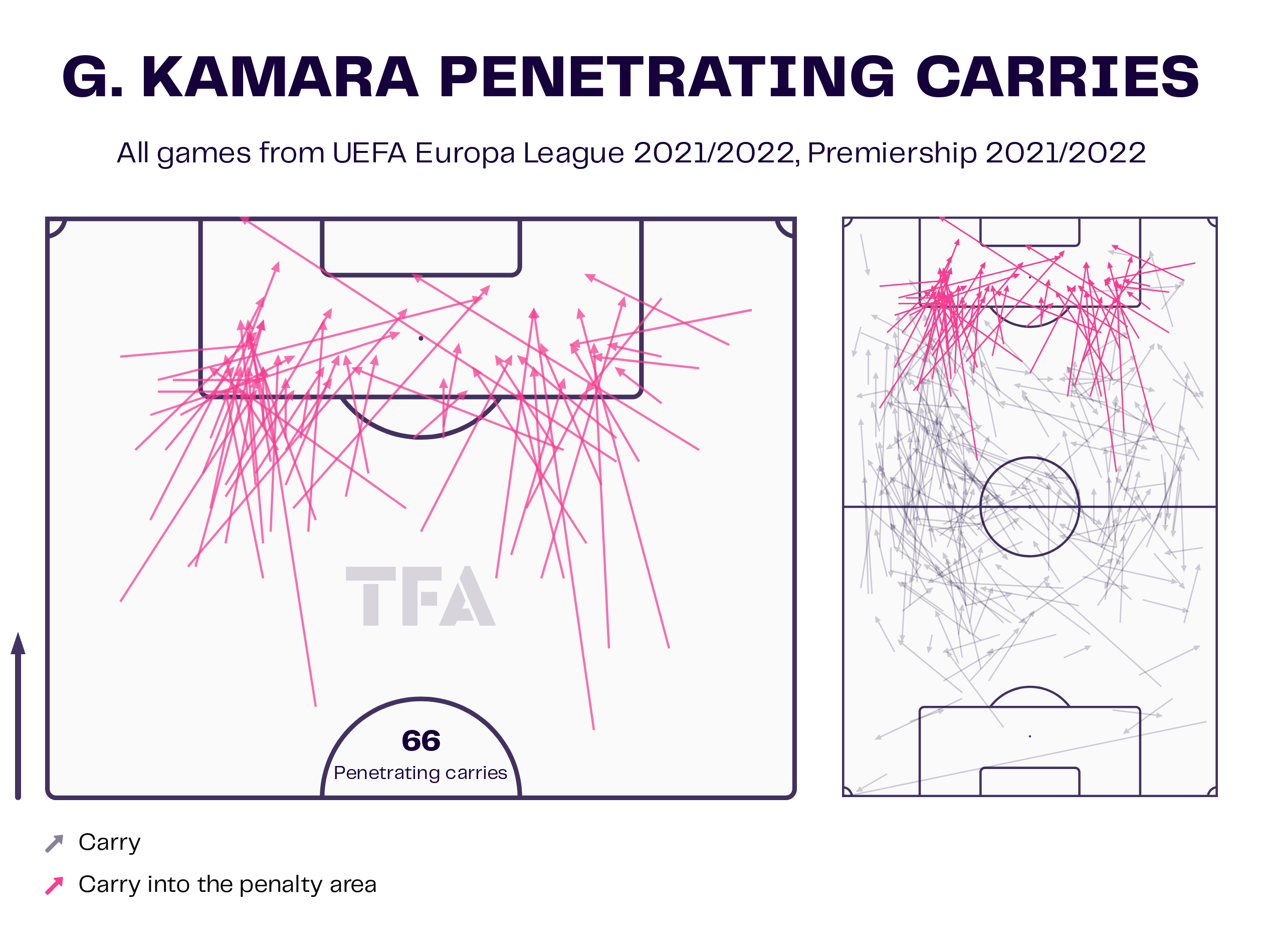 Glen Kamara demanded more of the ball last season. He spent 3,749 minutes on the field and carried the ball to the attacking areas. The player was able to carry the ball 66 times into the opposition penalty box. This season, in the 425 minutes he has spent on the field, the player has made four penetrating runs. This rate has also gone down as the player is unable to run as frequently as he did last season. 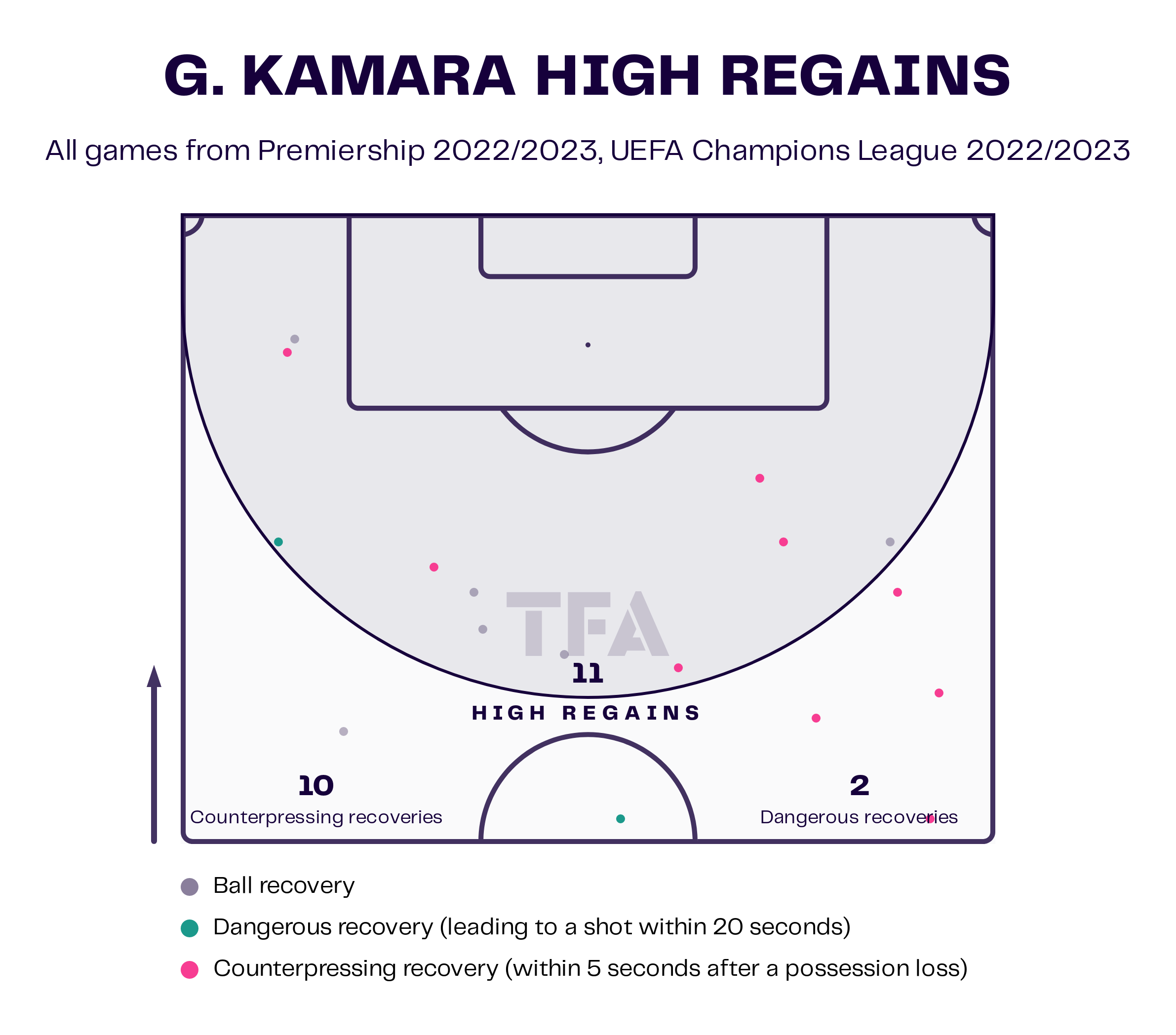 Glen Kamara has underperformed this season and Rangers might sell him in January. They signed a few midfield options in the summer and might add one or two in the winter. The Finnish international was a part of Rangers’ title-winning side in the 2020/21 season.