Glen Kamara has been ever-present in the heart of Rangers‘ midfield since joining the Scottish Premiership side in 2019. The Finnish international player has performed well at the top level and is gaining a lot of interest from other European clubs. He features in more of a holding midfield or centre midfield role and has made few goal-scoring contributions in the past. However, the midfielder is into his most productive season at Rangers and already has three assists and three goals to his name in the Scottish Premiership. The manager is using him in a more versatile role, allowing him to get inside the opposition box and make some goal contributions. 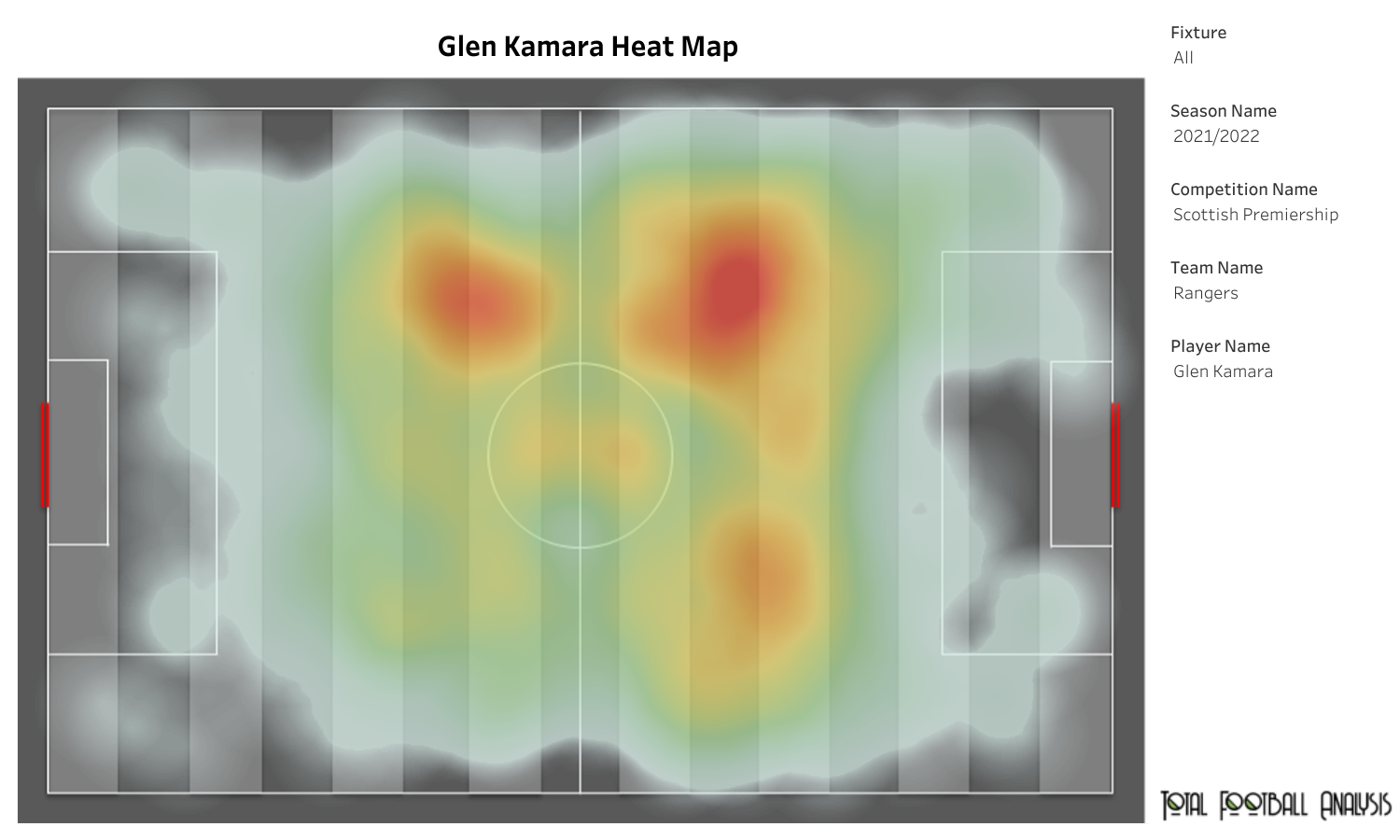 Glen Kamara has featured in every part of the centre midfield this season. The midfielder has started in 26 matches and has made 27 appearances. He has scored a goal each against Motherwell, Hearts, and St. Johnstone and has provided an assist each against Ross County, Motherwell, and Dundee. The 26-year old has usually featured on the left side of midfield but has also covered the right side. 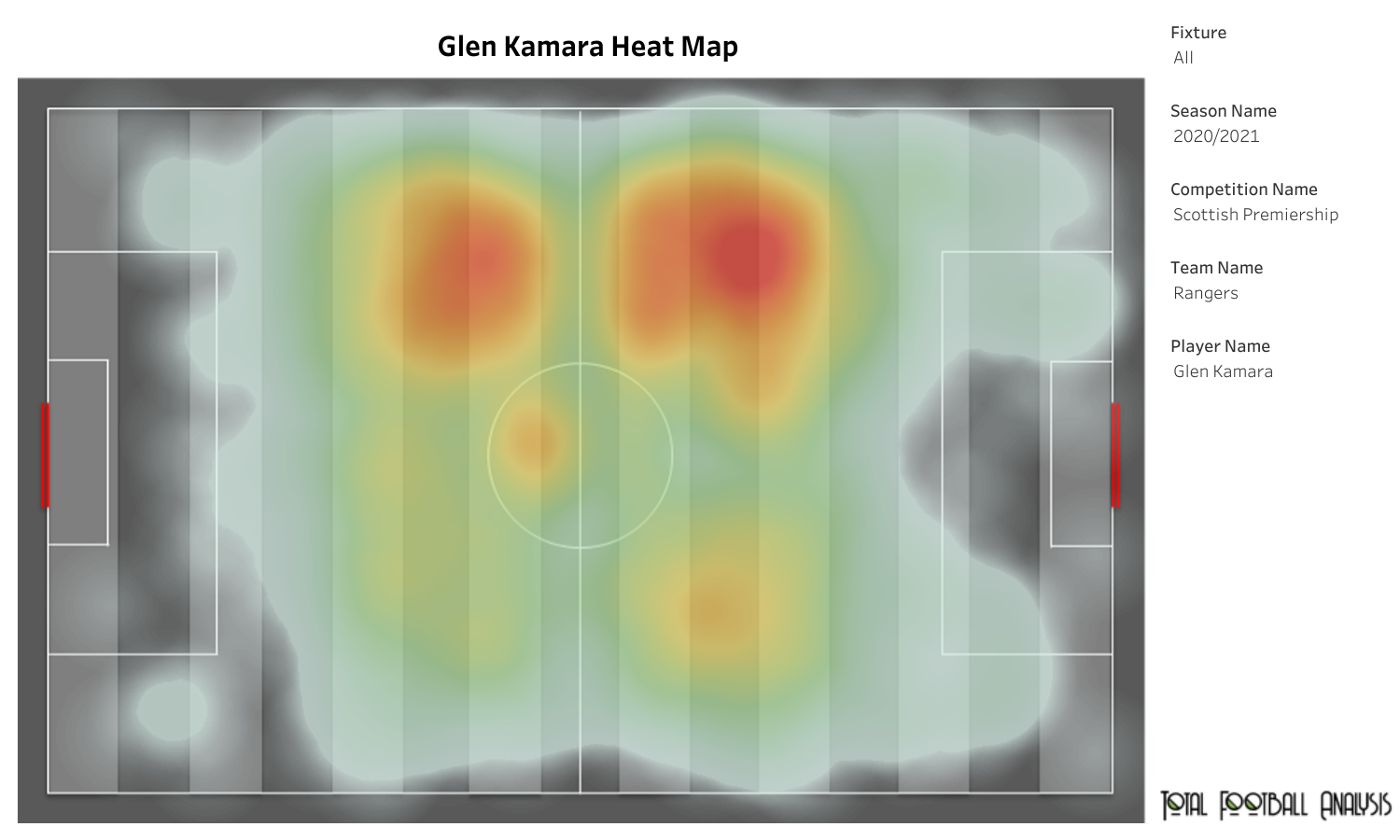 Last season, Kamara made 33 appearances in the Scottish Premiership, and from the above viz, we can observe that he has taken very few touches towards the right side. He was more involved in play towards the left side and only made two goal contributions in the form of a goal and an assist. 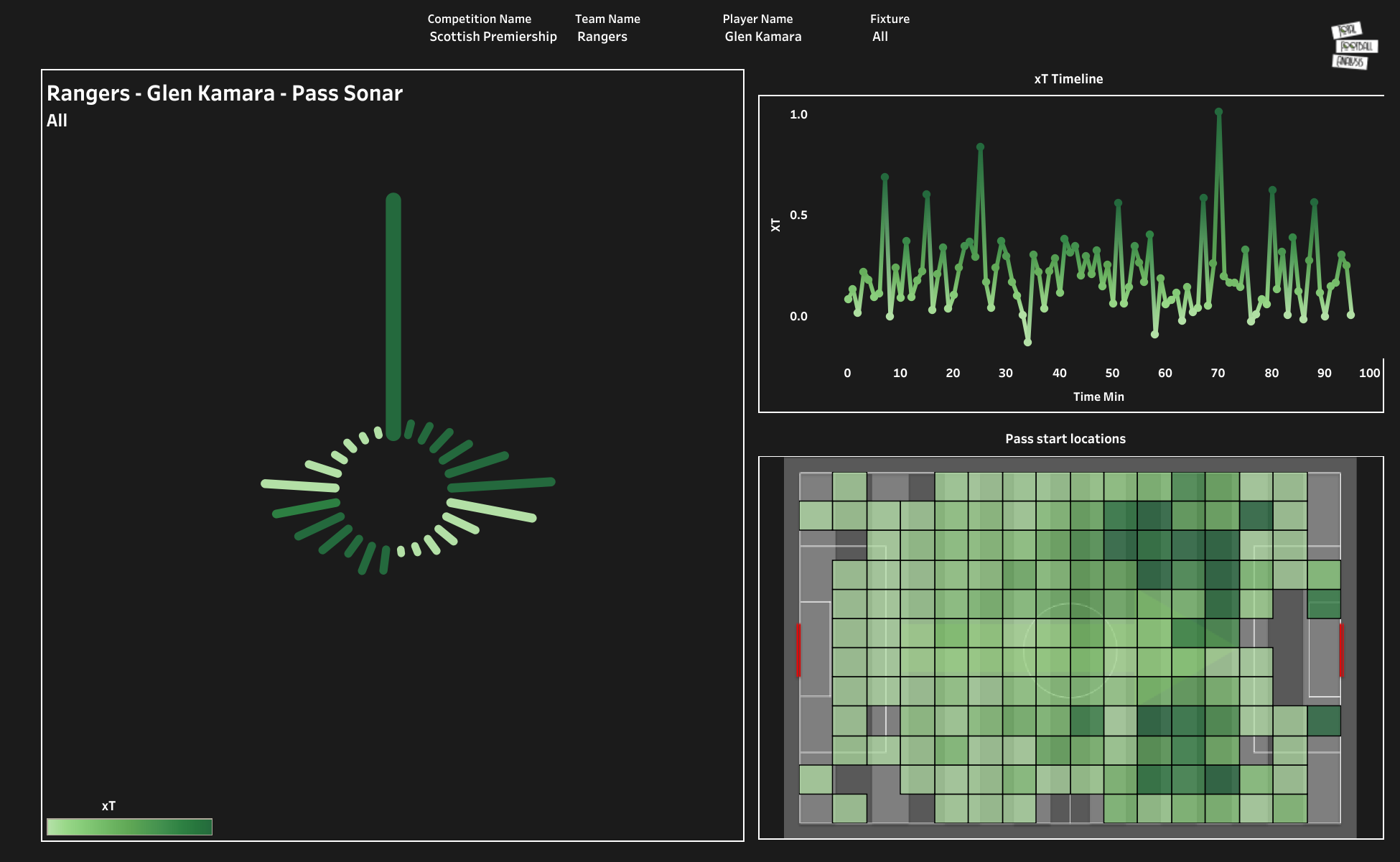 Glen Kamara has attempted 1,651 passes and averages 61 passes per match. The above viz shows that he has attempted passes from all over the pitch and has created a lot of threats from passes attempted from the edge of the box. From the xT timeline, we can observe that Kamara creates threats from his passing at the start of the match and towards the end. 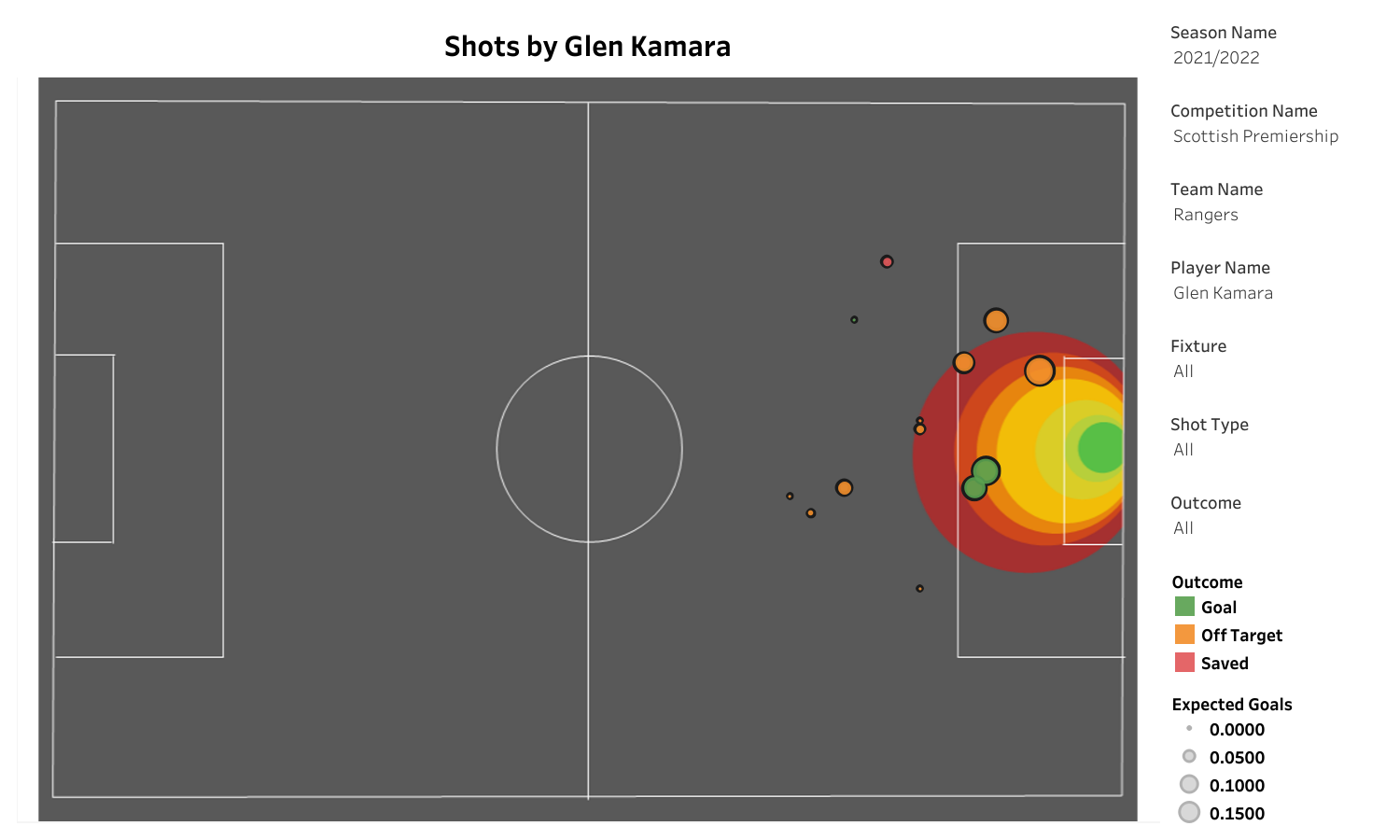 Glen Kamara scored the only winner of the match against St. Johnstone early at the start of this month. He plays in a midfield three and has been given a more advanced role in the recent matches by the manager. The player has shown versatility and has given a new approach to the Rangers’ attack. The team will look to keep hold of him for the coming seasons.