Rangers signed the Zambian international footballer, Fashion Sakala, at the start of the 2021/22 season. He failed to cement a regular place in the starting XI but had a lot of impact in his first season at the club. He appeared in 30 games for the Scottish Premiership and the UEFA Europa League runners-up. The 25-year-old has mostly featured on the right side. He impressed everyone with 12 goalscoring contributions in the league. Here are some of the stats that highlight his performances for Rangers in the league this season. 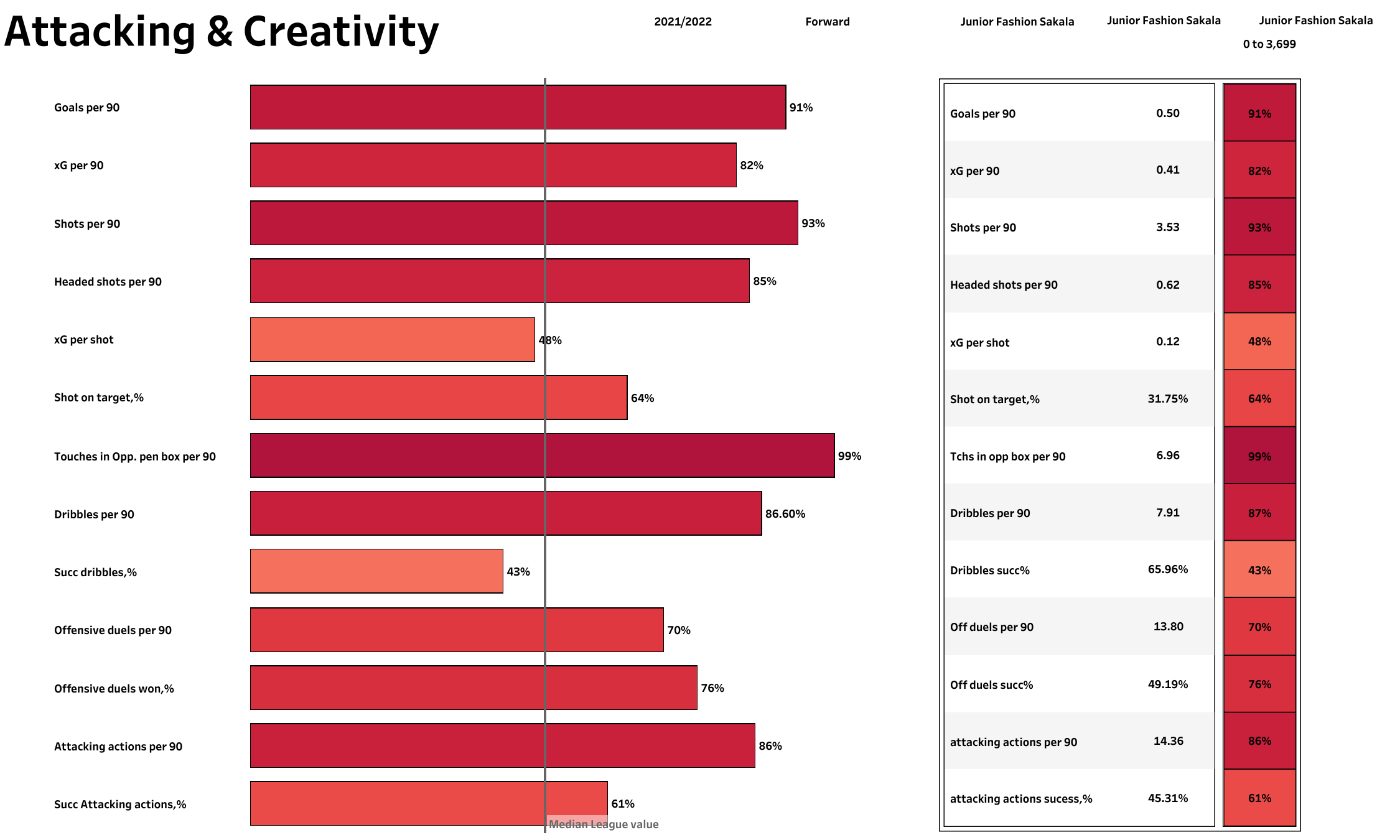 When looking at the above chart, the general rule is that the longer the bar, the better the performance — you can see the league average in the middle, and the % is the percentile rank the player is in. The above viz compares Sakala’s stats with those of other forward players in the league. He has a very high percentile rank when compared to the other players in the league. Fashion Sakala has found space inside the opposition’s penalty box quite frequently, and the forward averages around seven touches inside the box per 90 minutes. Other than this, he likes to dribble the ball and averaged around eight dribbles per 90 minutes. 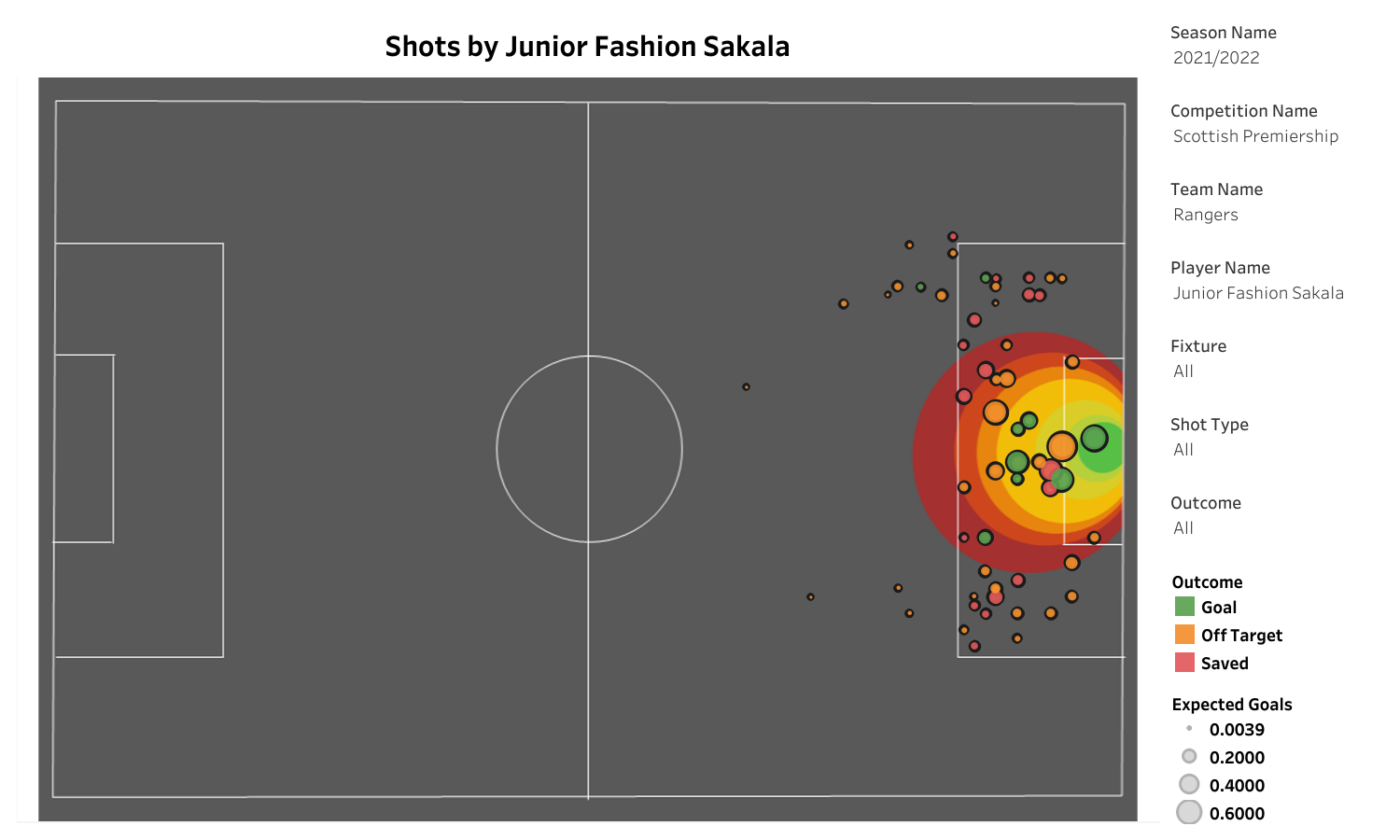 The above shot map shows all the 63 shots attempted by the forward this season. He averaged 3.53 shots per 90 minutes and had a shot accuracy rate of 31.75%. The Zambian international found the back of the net nine times. He scored two goals from inside the opposition’s 6-yard box, six from inside the 18-yard box and one goal from outside the penalty box. The player averaged 0.41 xG per 90 minutes. Fashion Sakala took dangerous positions inside the opposition’s penalty box and scored a few goals from the centre of the goal. 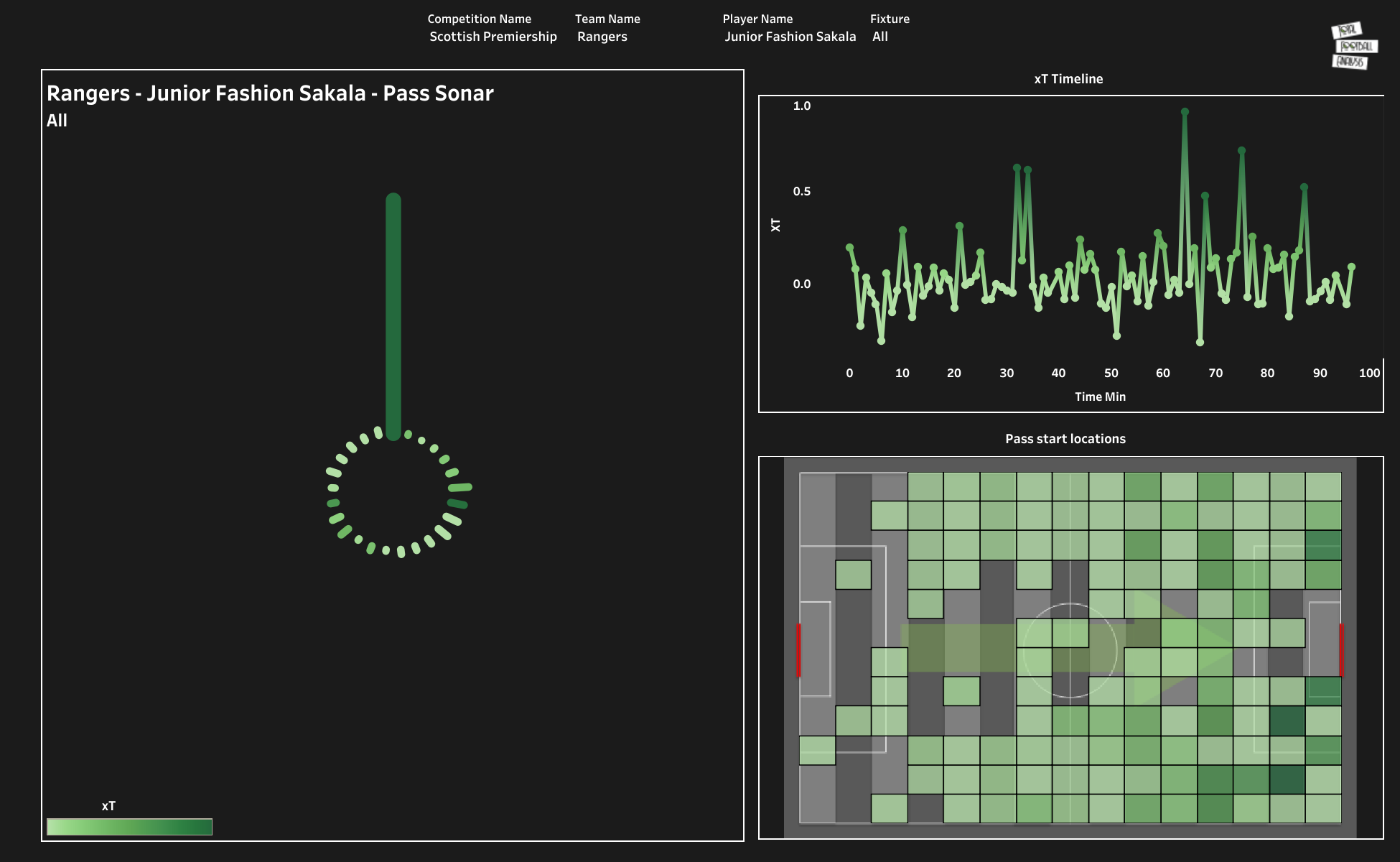 Sakala also provided three assists this season in the Scottish Premiership. The above viz shows the pass start location as well as the xT timeline. Sakala featured on the wing for the Rangers and mostly on the right side. He stretched the opposition defence and penetrated the opposition’s penalty box. He mostly came on as a sub in the second half and, therefore, he created more threats towards the end of the matches. Overall, the Zambian averaged 25.64 passes per 90 minutes and had a passing accuracy rate of 78.3%.

Fashion Sakala always created some excitement on the pitch whenever he got a chance to represent his team. He scored goals and created chances for his team. The player was always available inside the opposition’s penalty box and was a threat to the opposition defender. Rangers will expect more contributions from him in the next season and hope to get back the title from Celtic.