Rangers acquired the services of Zambian international player Junior Fashion Sakala from Belgian club K.V. Oostende at the start of this season. The 25-year-old forward is yet to cement his place in the starting XI but has given some impressive performances whenever he starts or comes off the bench. The Zambian is into his first full season in the Scottish Premiership, and here are some of the stats that show how he has played in his first season for the defending league champions.

The 25-year-old has made 24 appearances and started in nine matches. He has managed to score on seven occasions with an xG rate of 5.42. The forward has provided an assist and has an xA rate of 3.07. He has even scored a hat-trick for Rangers after finding the back of the net thrice against Motherwell. 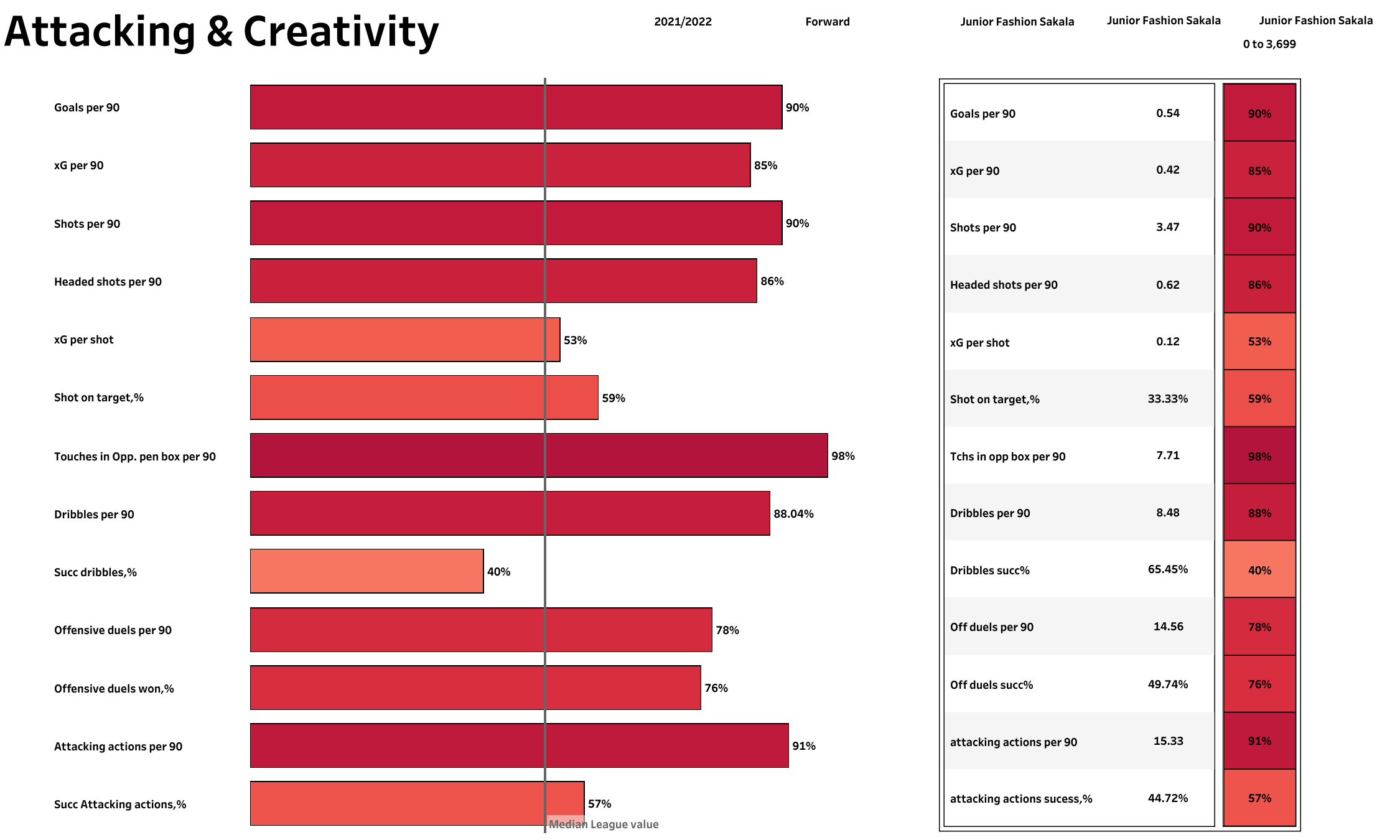 When looking at the above chart, the general rule is that the longer the bar, the better the performance — you can see the league average in the middle, and the % is the percentile rank the player is in. The above stats are in comparison to the other forwards in the Scottish Premiership this season. Fashion Sakala has a high percentile rank when it comes to scoring goals per 90 minutes and attempting shots towards the opposition’s goal. His highest rank is for taking touches inside the opposition’s penalty box. He has taken 100 touches inside the opposition’s penalty box and averages more than seven touches per 90 minutes. Sakala is also involved in a lot of attacking actions and again has a high percentile rank. 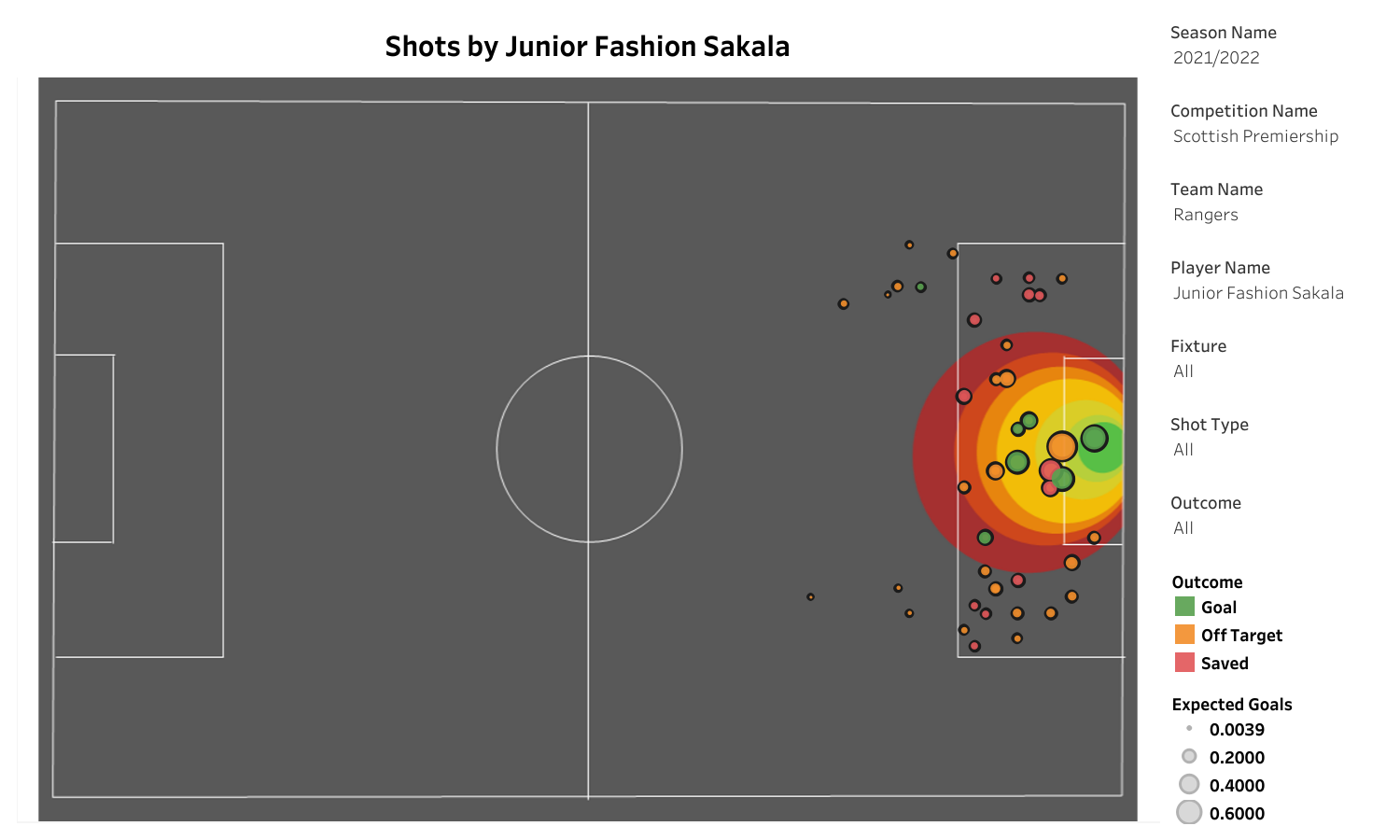 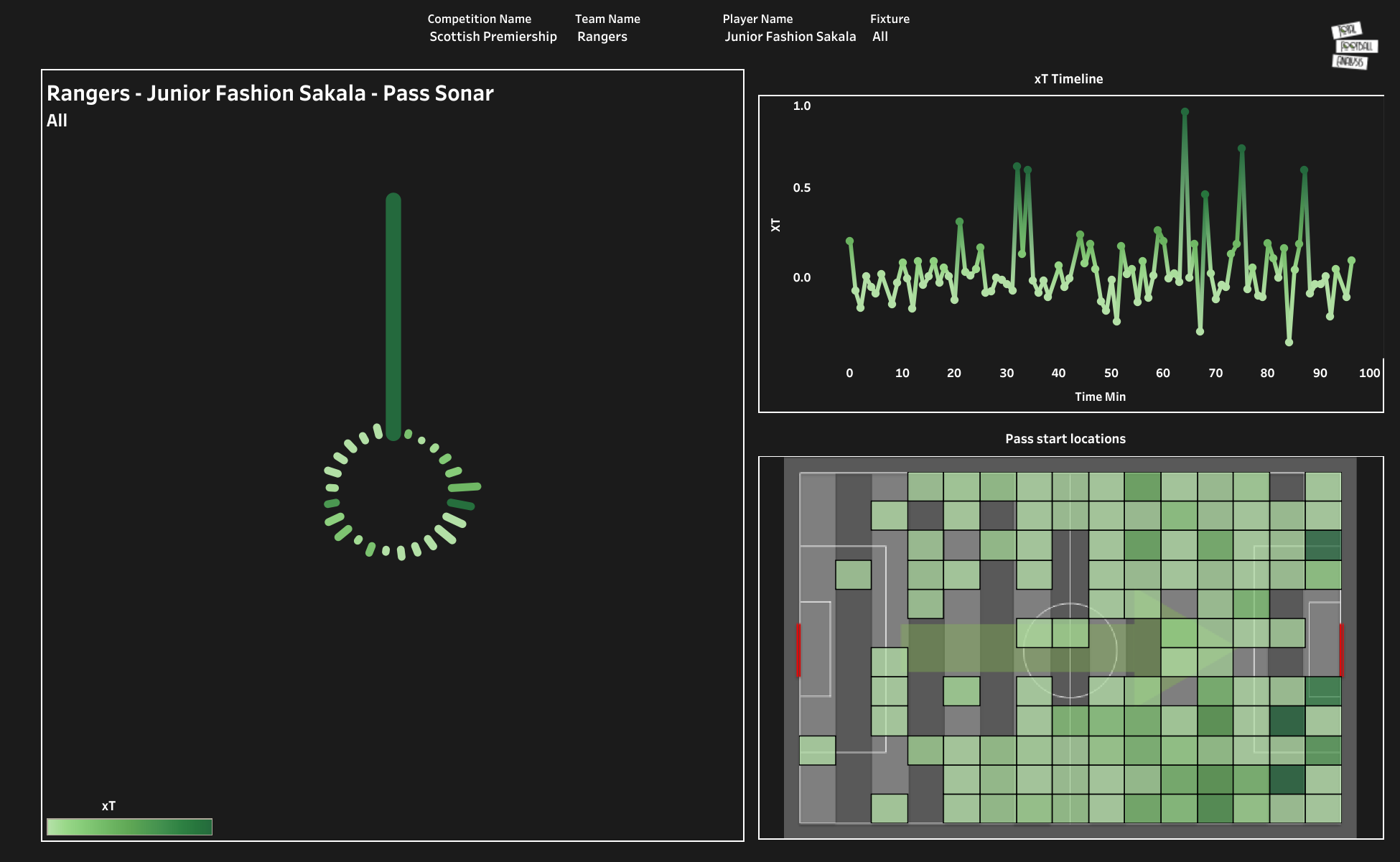 Fashion Sakala has attempted 348 passes this season. The forward has mostly featured from the right side of the attack and has attempted most of the passes from that particular side. The 348 passes attempted by him include 39 crosses, five smart passes, and three through passes. From the xT timeline, we can observe that most of the threats have been created towards the end of the match. The forward has been a regular substitute player for Rangers and creates threats towards the end of the match.

Fashion Sakala has always performed for the defending champions whenever given a chance. He has settled well into his first season in the Scottish Premiership and has scored a few crucial goals for his side. The player has featured more after coming off the bench and will look to start more matches in the upcoming season. He has been one of the important signings for Rangers this season.