Ellis Simms spent the second half of the last season on loan at Scottish Premiership side, Hearts. He started his youth career at Blackburn Rovers and moved to Manchester City. The 21-year-old joined the Everton academy in 2017 and was promoted to the first team in 2020. He was sent on a loan spell to Blackpool in January 2021. There, he made 21 appearances and scored eight goals. Last season, a lot of teams were impressed with his performances in the loan spell and are now trying to sign him. A move to Hearts is unlikely as the player seems priced out for his former club. Now, other teams have joined the race, including Scottish Premiership runners-up, Rangers. They are in desperate need of a striker, and the youngster could be a great addition to the side. 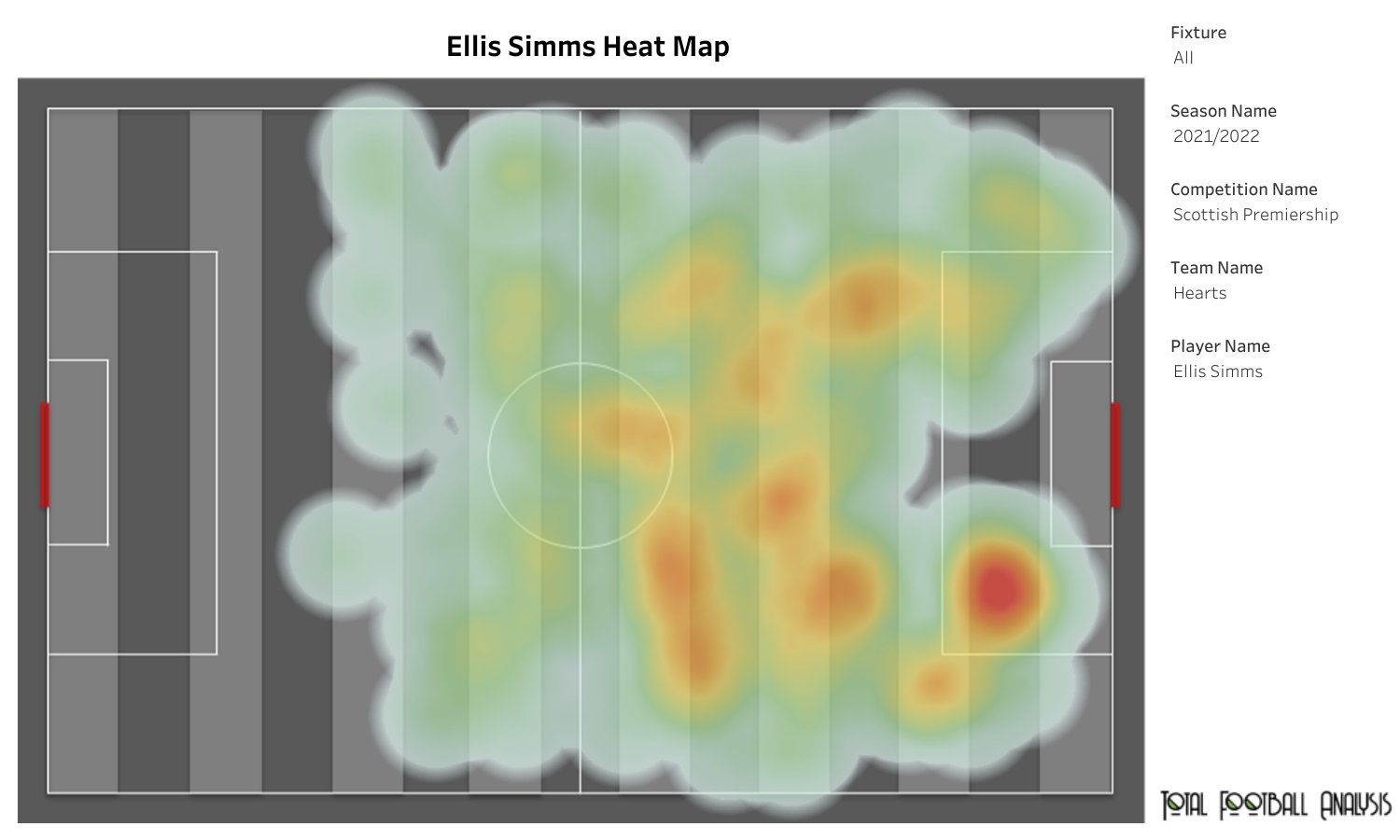 The Everton player made 17 appearances for Hearts in the Scottish Premiership. He managed to find the back of the net five times. The above viz shows the heat map of the player in these 17 appearances. Simms showed versatility and appeared on both sides of the field. He penetrated the opposition position quite often, mostly from the right side. Simms averaged 4.7 touches per 90 minutes inside the box. 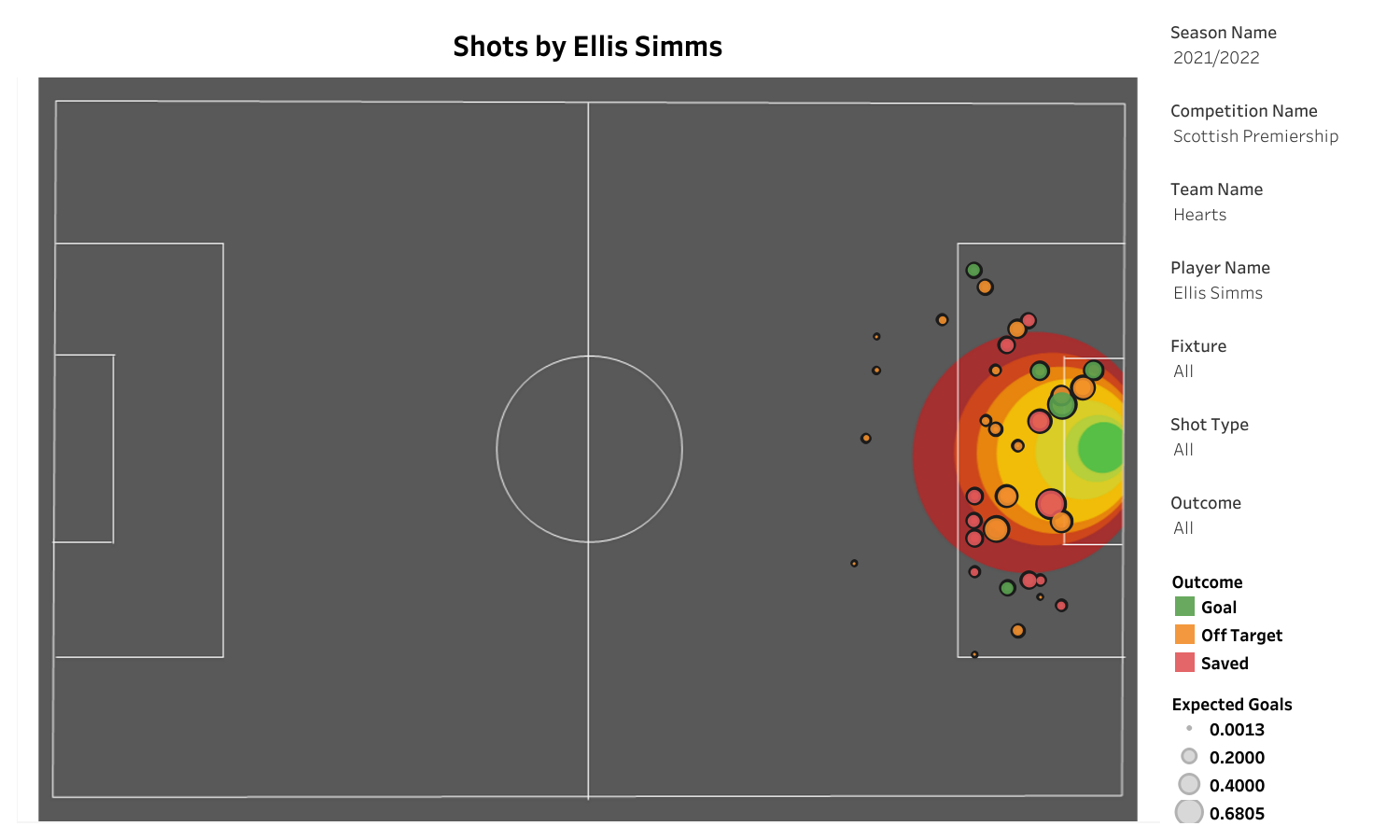 With an average of 2.66 shots per 90 minutes, Simms attempted 36 shots, hitting the target 11 times. The most impressive stat about the youngster was that he attempted 31 shots from inside the penalty box. Simms also made some runs behind the defenders and attempted shots from the back-post. He even managed to score goals. 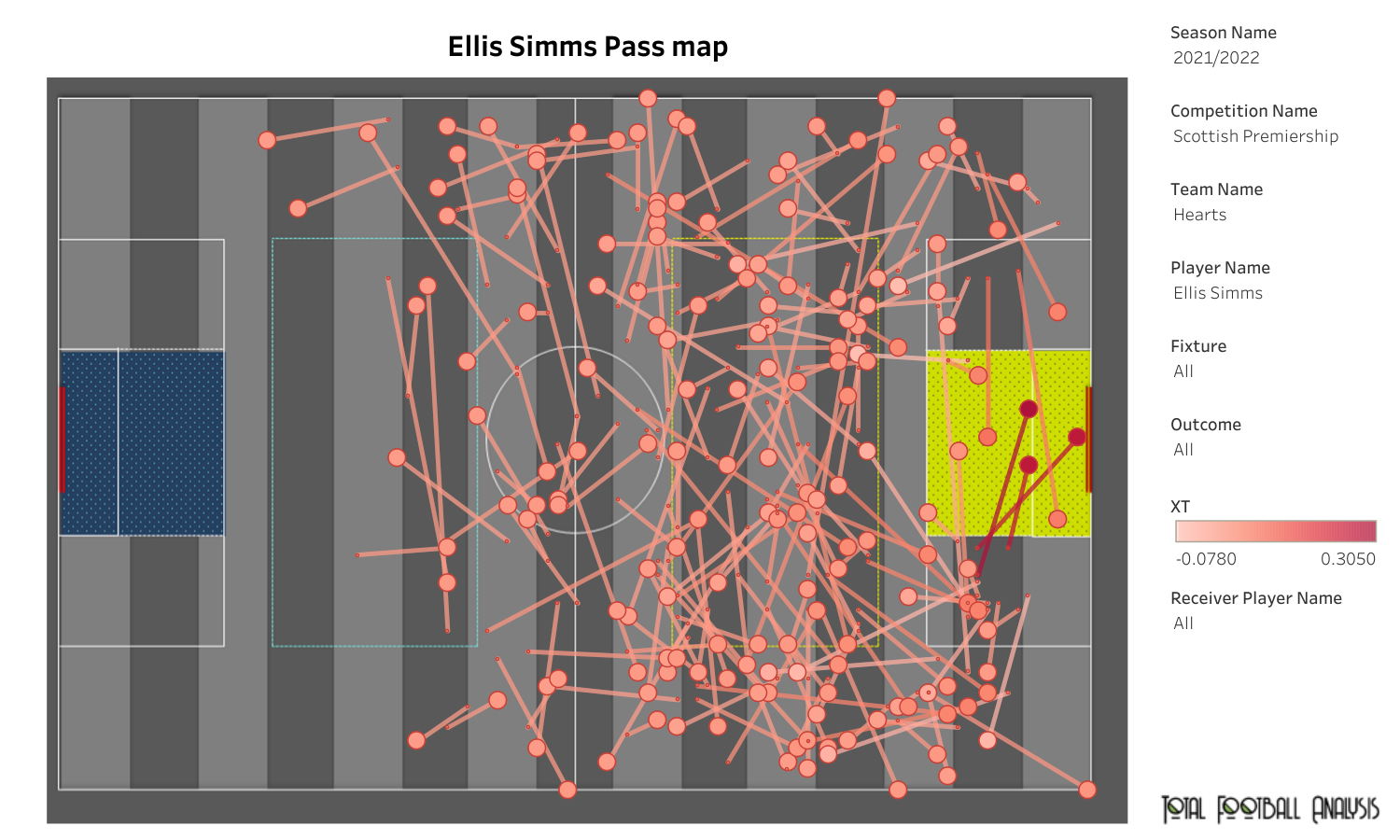 Simms attempted 12.98 passes per 90 minutes with an accuracy rate of 80.11%. The above viz shows that the player found positions inside the opposition’s penalty box and attempted passes to find his teammates. Most of the passes were directed towards fellow striker, Liam Boyce. 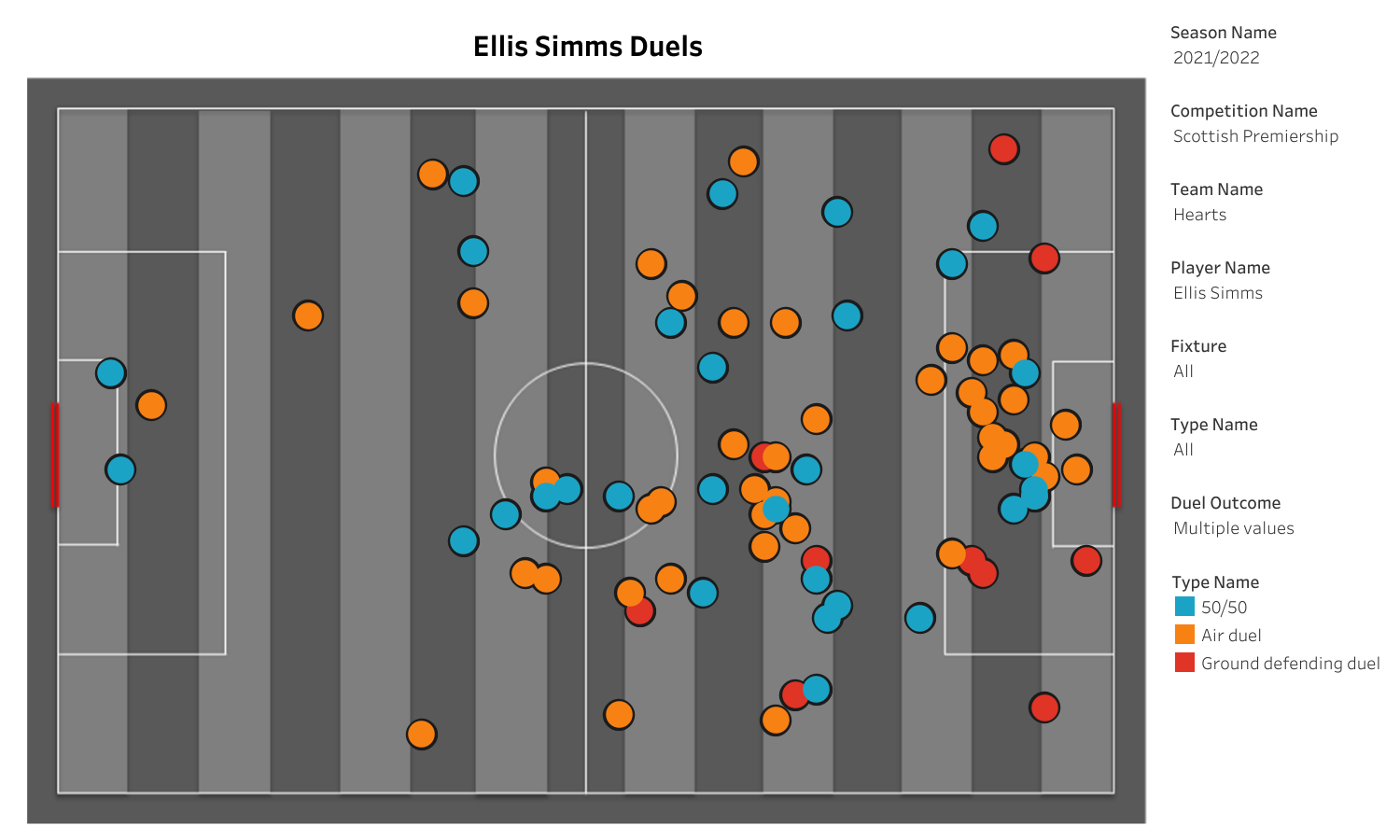 The above viz shows all the duels that Simms won or ended in a neutral result. He won a few aerial duels inside the opposition’s penalty box. This shows that the player carries an aerial threat. He averaged 0.44 shots with the head per 90 minutes. Other than this, he won a few loose ball duels to recover the ball.