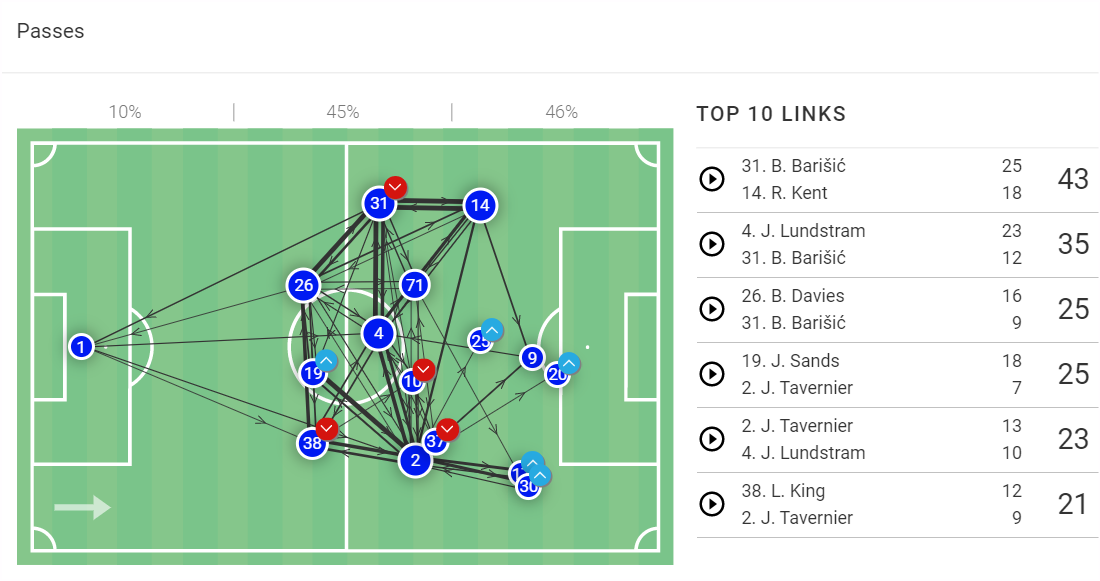 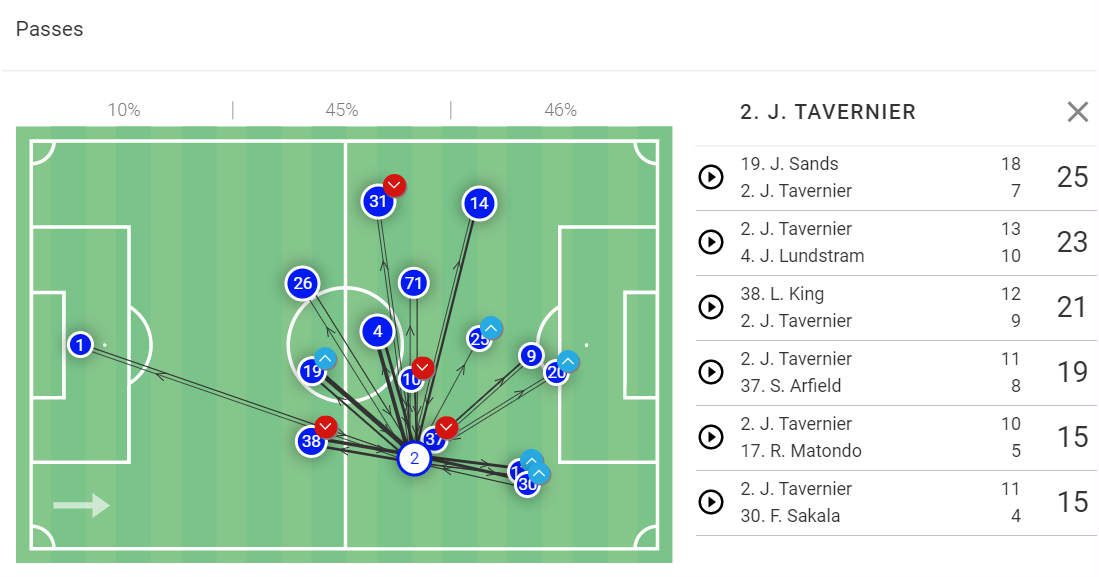 Rangers played a high attacking line and attempted 625 passes with an 87.2% passing accuracy rate. John Lundstram was in the heart of the midfield, and he linked quite a few passes among his teammates. James Tavernier has been the main attacking threat for the Rangers in the past season and once again linked up with a few teammates.