Rangers scored two goals in the second half to take a comfortable 2-0 victory against Dundee United in the Scottish Premiership. James Tavernier opened the scoring for van Bronckhorst’s side, and Manchester United loanee, Amad Traore, sealed the victory 15 minutes before the end of the match.

How many positional attacks were created by Rangers? Who won the highest number of aerial duels for Dundee United? 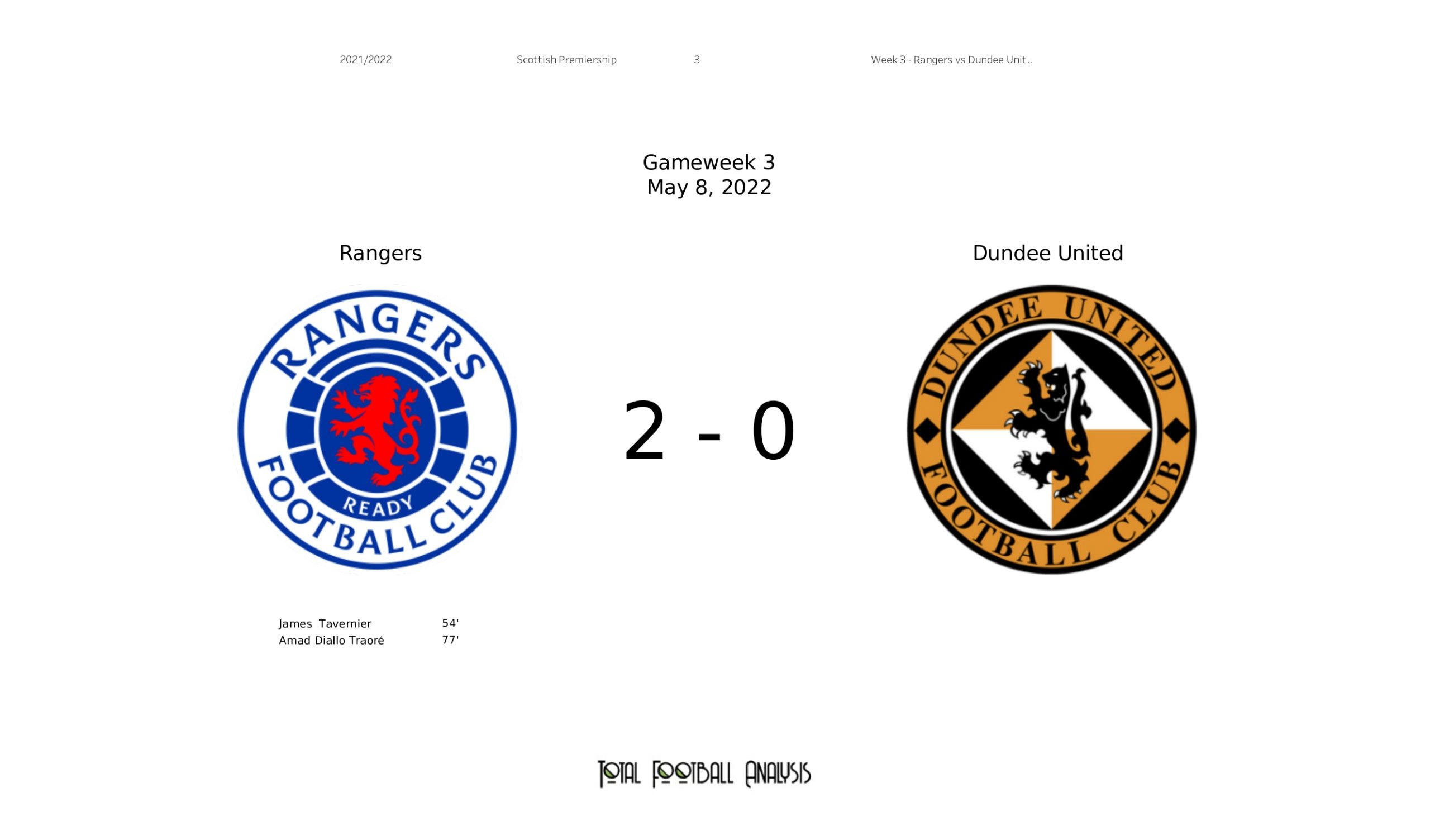