Rangers were held to a 2-2 draw by Hibernian in the fourth round of the Scottish Premiership. This ended their 100% record for the season, and they have allowed Celtic to take a two-point advantage in the race for the league title. The Gers finished the game with nine men after John Lundstram and Alfredo Morelos received red cards in the second half.

How many shots were attempted by Hibernian? Which Rangers player made the most recoveries? 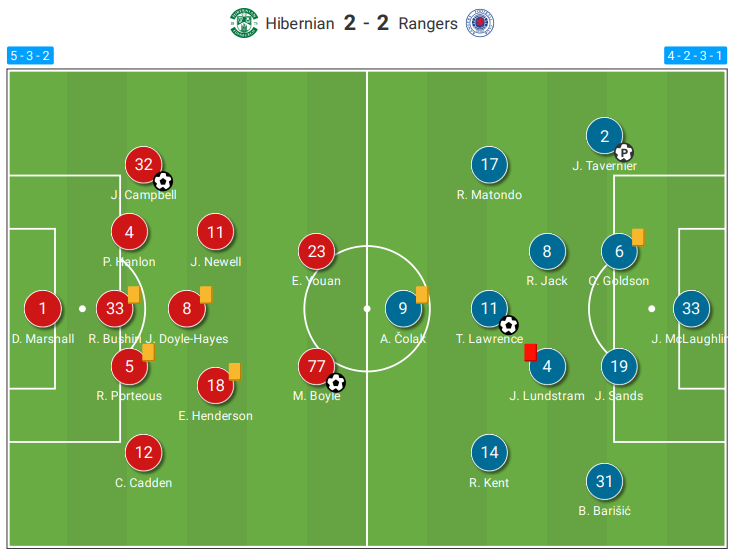