Rangers travel to the Global Energy Stadium to face Ross County in Round 24 of the Scottish Premiership. The away team leads the league table by four points and is unbeaten in nine games under the new manager. Ross County, on the other hand, have lost 11 matches and are struggling to find form this season. 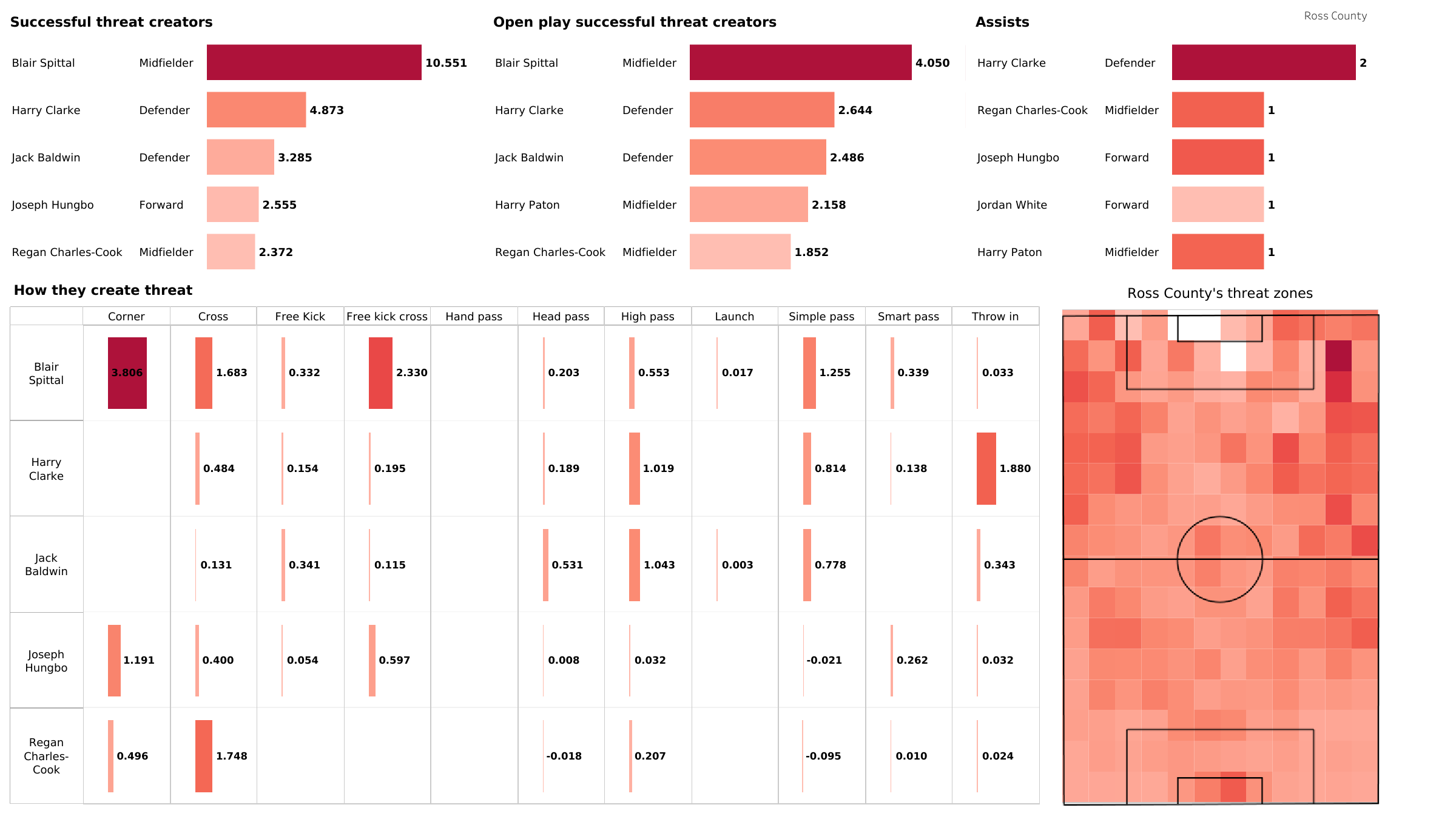 Ross County have won five games and drawn three out of the 22 played. The home team have scored 31 goals with an xG rate of 26.23. They have the second-worst defensive record and have conceded 38 goals. The above viz shows the threat creation zones for Ross County. The home team have attacked a lot from the wider sides, especially the right side. Blair Spittal has created the highest threat rate and is on set-piece duty for his side. 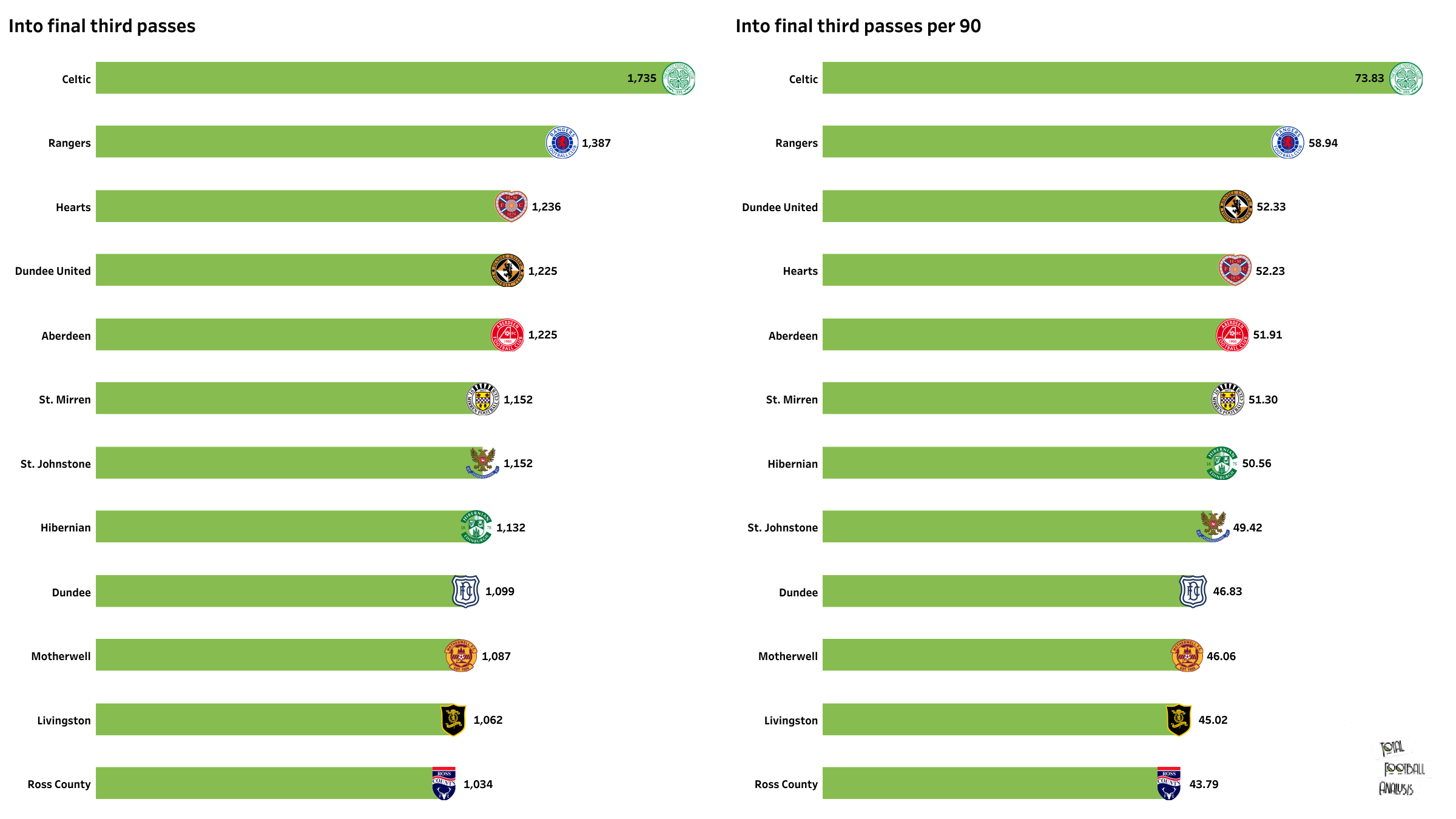 Ross County players have struggled to pass the ball in the final third. They have the lowest number of passes in the final third and average around 44 passes per 90. The home team have attempted 338 passes into the opposition’s penalty area with a 42.6% pass accuracy rate. However, Ross County have a high shot accuracy rate. Out of the 219 shots attempted by the players, 89 were on target.

Regan Charles-Cook is the highest goal-scorer with nine goals and also has two assists to his name. Jordan Tillson returns from suspension and adds another option to the Ross County midfield.

Rangers completed a 1-0 victory over Livingston in the previous round and are still unbeaten under van Bronckhorst. They have now won 17 games and lost only once this season. The away team have scored 45 goals with an xG rate of 44.71 and conceded only 15 goals. 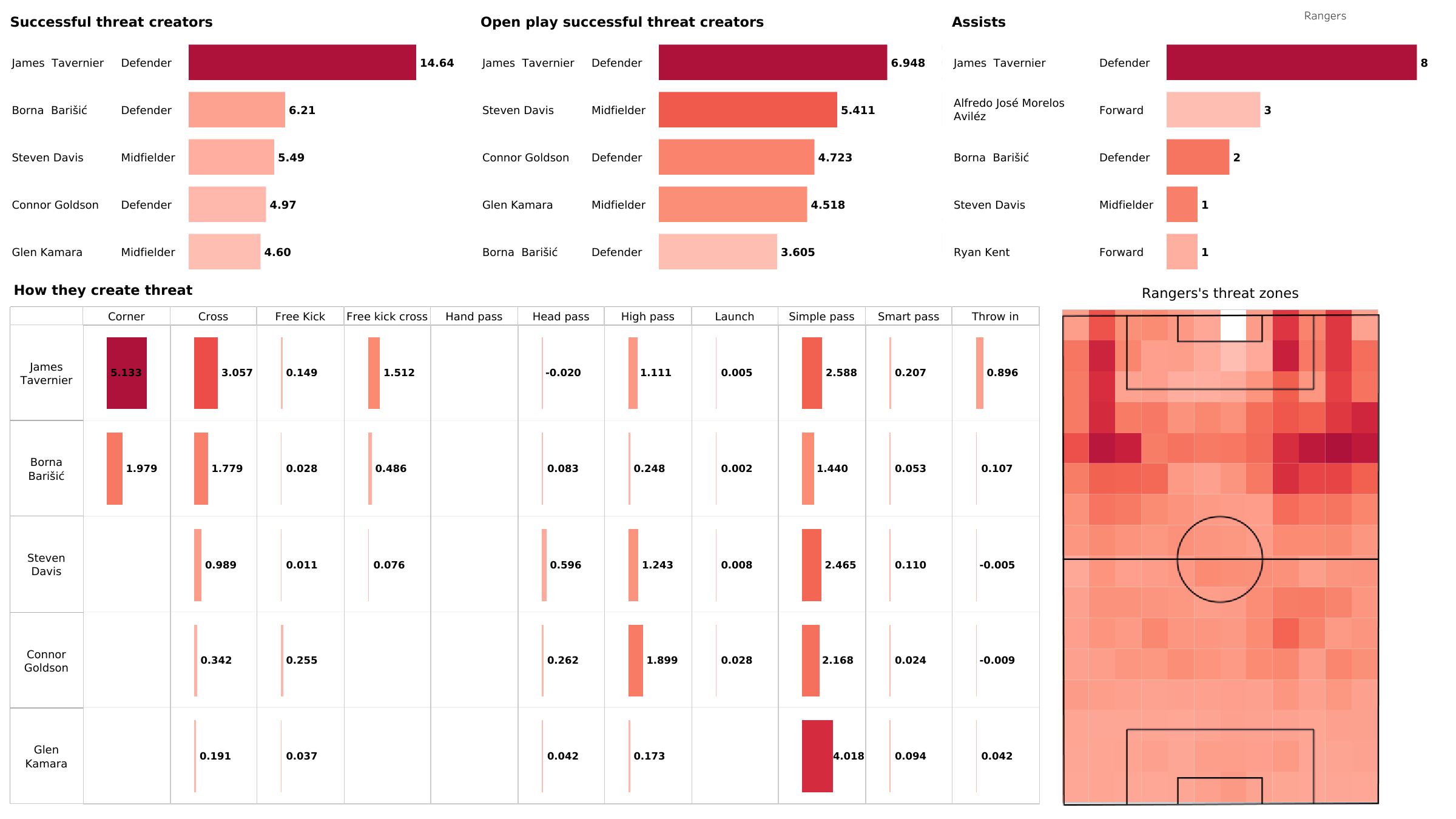 Rangers also prefer to attack from the wider sides, particularly the right. Right-back James Tavernier has the highest threat rate and has ten assists to his name. Left-back Borna Barisic is second on the list of threat creators. James Tavernier has been effective with his crossing and has created a lot of threats with his deliveries inside the opposition’s penalty box. 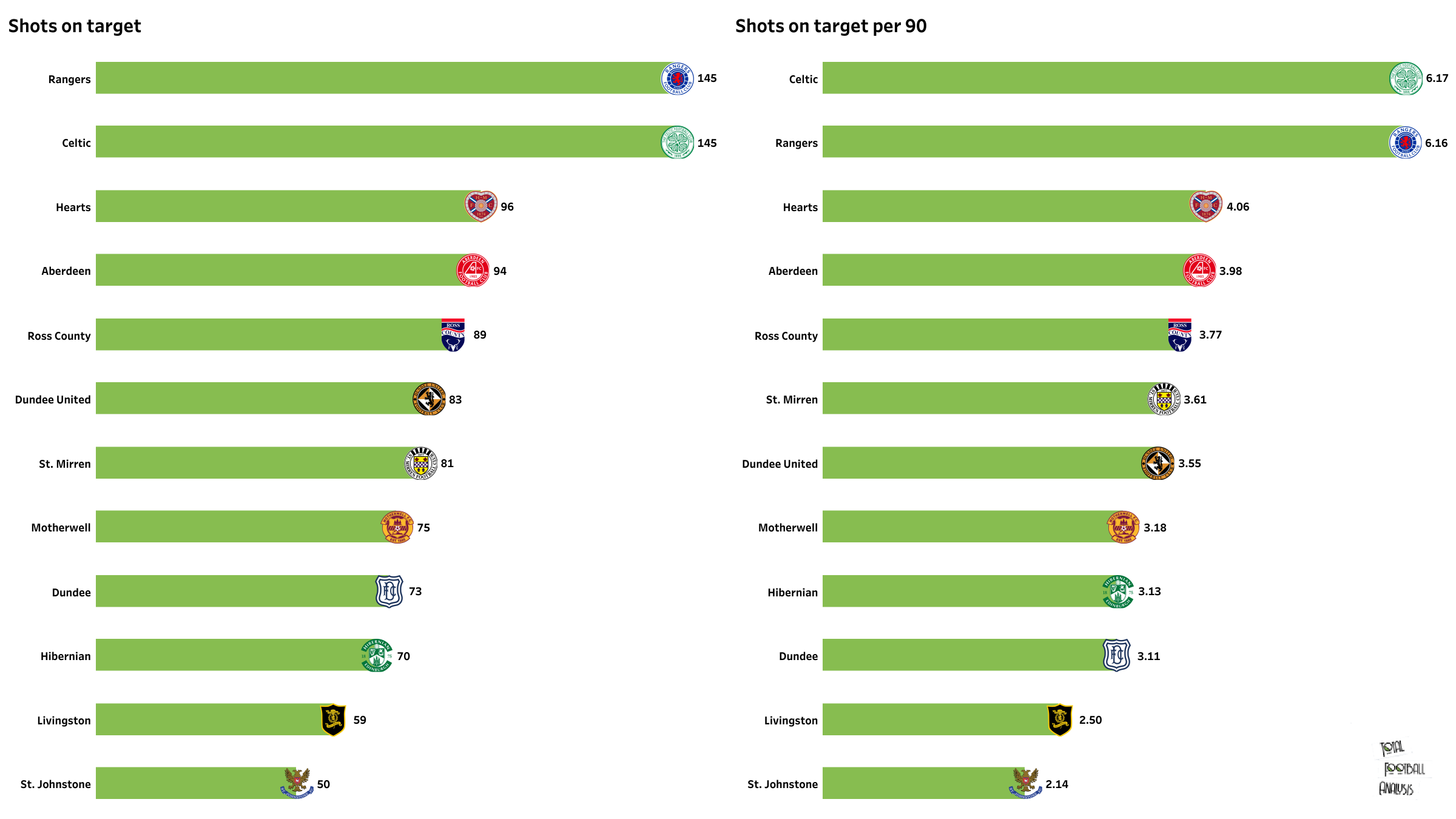 Ryan Kent returns from suspension for Rangers and is expected to return to the starting XI. Joe Aribo has also returned from international duty and could feature in this match. Amad Diallo has joined on loan from Manchester United to strengthen the attack. Alfredo Morelos is away on international duty, and Ianis Hagi will miss the rest of the season.

Rangers haven’t lost a match against Ross County in their last 14 meetings. They carry the momentum into this match with Celtic on their tail. Ross County have been a good attacking side but have struggled to defend. Rangers will look to take three points from this game.